My father is a man who's got every dumb tie and gadget that could possibly be thrown at him. So for his birthday this year we bought him a flying lesson - an experience, rather than another object.

We drove 40 minutes out to the tiny Markham Airport in the morning, sharing cigarettes and recent tales, finally turning down a dusty dirt road that led to the small portable that doubled as the office. The place was beautiful. Out back sat about 25 old RCAF warplanes, some of them mere metal skeletons of their former glory. A few still had their beautiful, shiny steel coats and Canada decals, reminding me of the classic Airstream trailers. 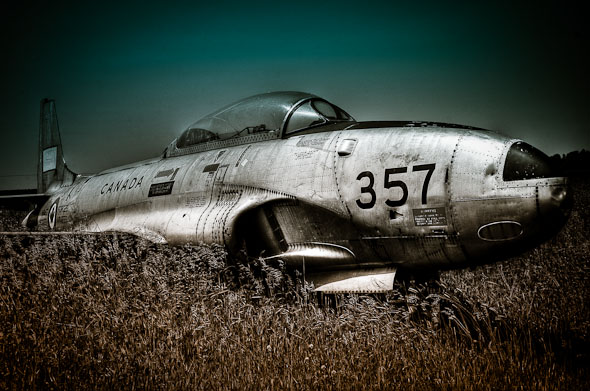 Amongst all the classic fighters were "modern" single and double prop private planes. These would be what we'd go up in - our plane was a single prop made in the 70's. It even had an ashtray in the dash! The instructor was 26 years old and cheerful. He explained that he'd put in his flying hours around his hometown of Calgary, eventually getting his instructor's license.

Dad was nervous. We piled into the thing, the interior of which wasn't much bigger than a compact Toyota. I even found a screw on the back seat that had rattled loose. Now I was nervous. He woke up the old beast. It shook and rattled as he went through the checklist. I unpacked all my lenses and gear beside me, keeping myself busy to fight off the second thoughts. Our headsets buzzed and clicked with control-tower-chatter. 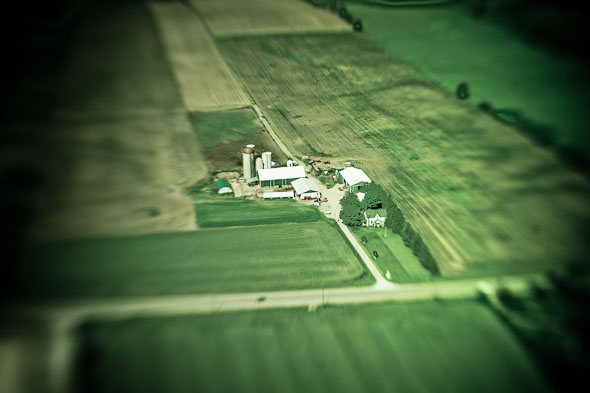 Takeoff wasn't so bad. The surrounding farm land got smaller and smaller, and as we ascended my trust in the instructor grew. When we got about 2000 feet up, he said "Okay! Want to take 'er?" as he motioned to my father and the control stick in front of him. Dad took it after some explanation about the pedals on the floor. At first we rolled about 40 degrees, and I stopped breathing for a second, but then he figured it out and we again leveled. He had control for about 10 minutes as we approached the city, handling it like a champ, at least on the outside. 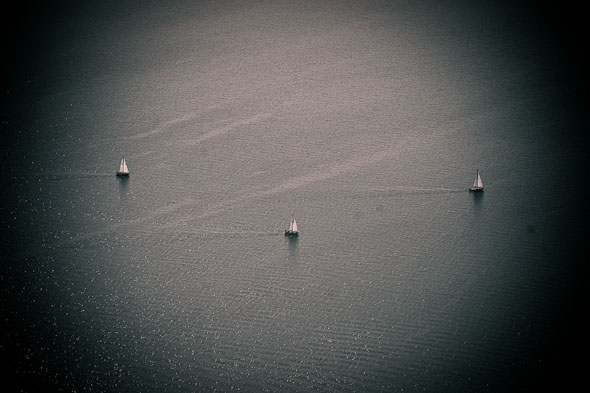 After returning the controls to the pilot, we passed the Scarborough bluffs and all the tiny specks on the water. These were the same group of boats that my dad was supposed to sail with that day, before we surprised him. The instructor fiddled with some knobs and requested permission to fly around downtown. 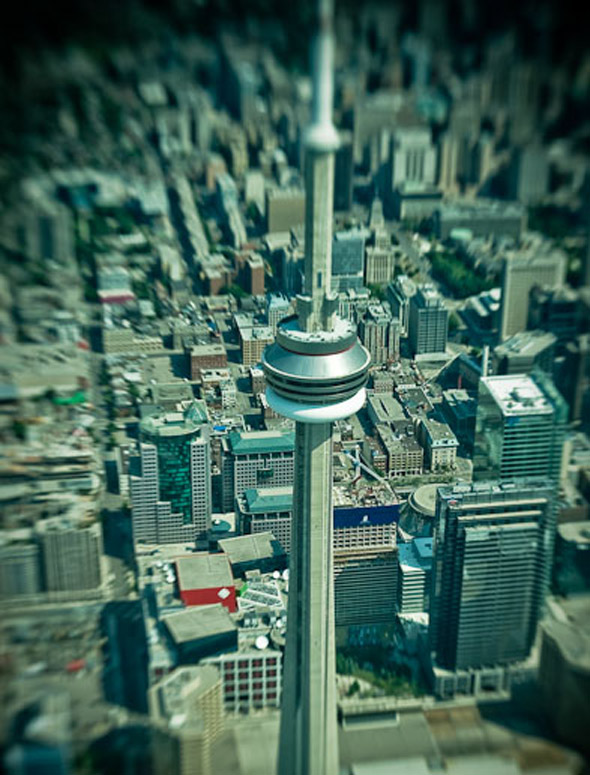 We got approval and proceeded to circle around the CN Tower about 4 or 5 times. It was awe-inspiring, to say the least. We shuddered and the plane rattled as I got to see my city from angles that I never thought I would. Up there, I fell in love with my home all over again. I squeezed off maybe five or six hundred photos in total, of which these are some of the best.