Rooftopping Toronto: City In The Clouds

As the mist descended on Toronto last week, we tried to hit as many rooftops as possible, attempting to rise above the fog. The fog, however, was not so easily undone: indeed, it was thicker on the rooftops than it was on the street. Needless to say, this made for limited photographic opportunities.

When the beautiful towering skyscrapers are eaten up on such occasions, the city is completely transformed: the familiar becomes absurd, and even the most mundane urban vista becomes spectacular.

Arriving downtown, I was immediately reminded of a similar, but far more 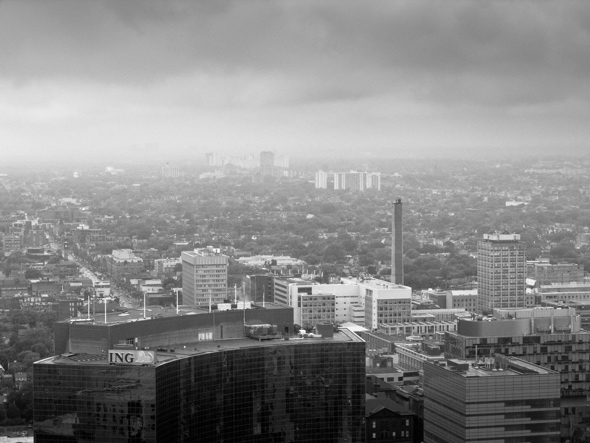 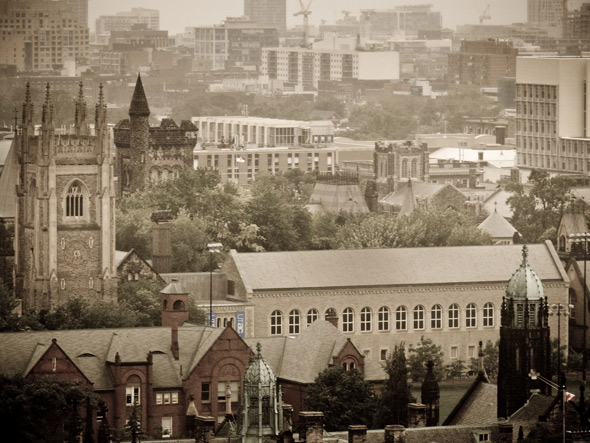 Thanks to the incredible (if somewhat fussy) ultra-zoom Leica lens I was using, I was able to survey the landscape in great detail, from our first rooftop near Avenue and Bloor. UofT's Trinity College was particularly beautiful through the mist, as was Bloor street from our height. 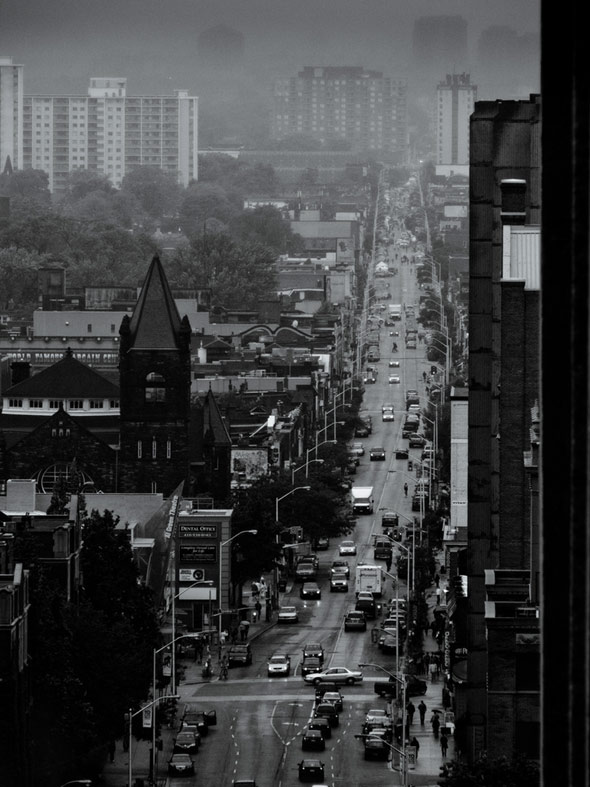 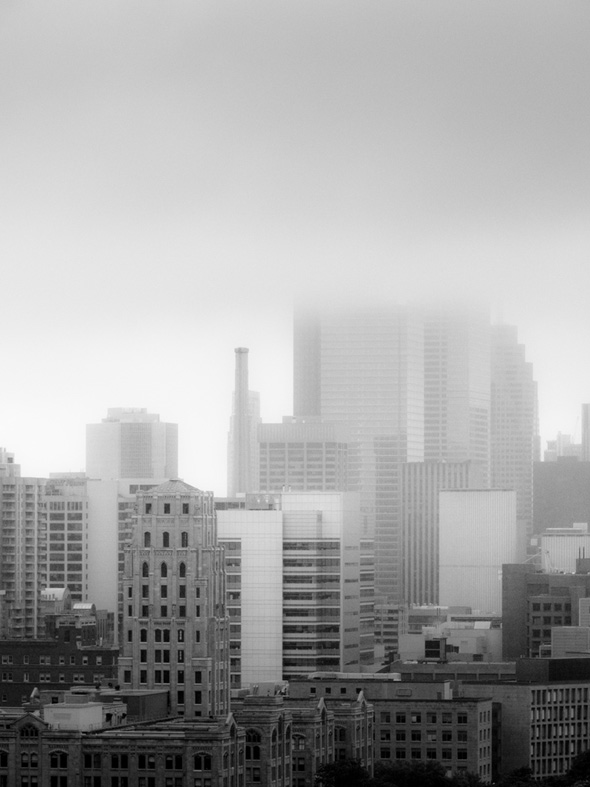 Heading south, we visited some 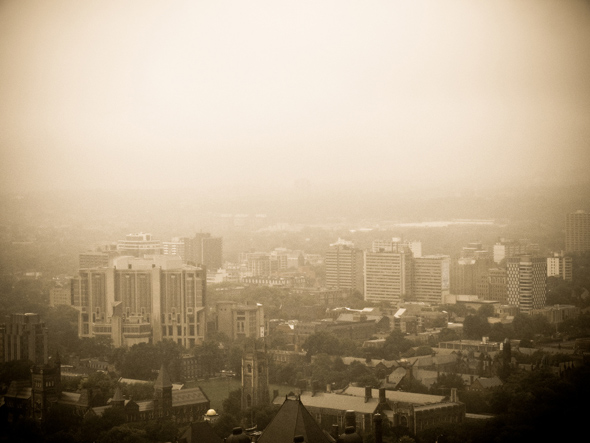 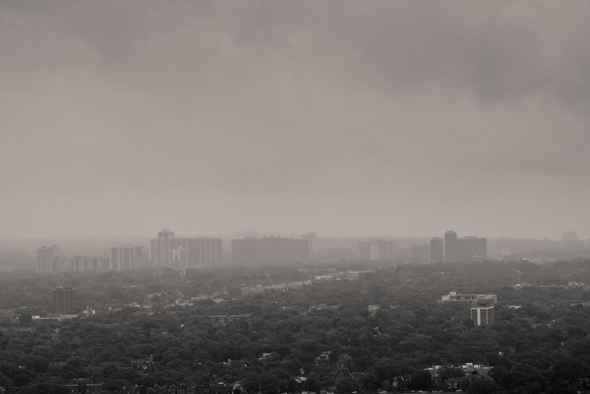 for an East and Westward gander, which proved rather eerie...

Robarts, which to many has always seemed very 'enemy-base-esque', seemed even more creepy, looming over everything which surrounds it...

The vague, faint shadows of taller buildings in the distance was very ominous in this weather... 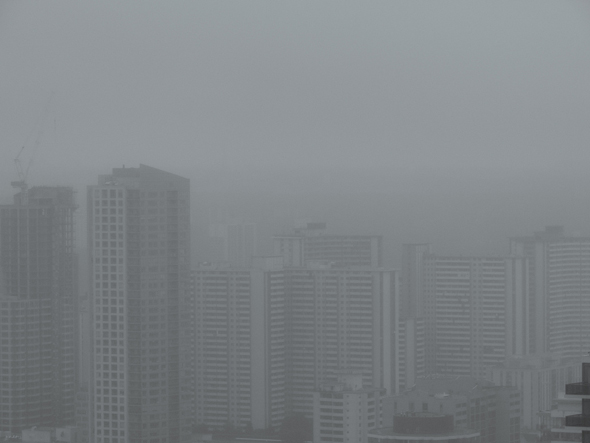 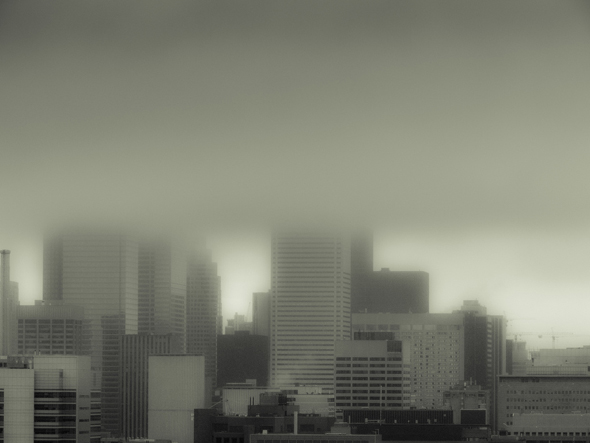 Although many of the rooftops that we visited on this particular sojourn were new to me, what was most striking was how familiar views can be changed by the fog. The un-pied beauty of a deep fog has an uncanny ability to obscure what is familiar, so that it can be received again as a gift.

In this obscurity, the illusion of the city's stability is undone. This city, transformed by the fog, reveals the contingency of the build environment, which seems so solid and is yet so fragile. But it also reveals the beauty of that same environment. In the words of Edgar Allen Poe: "We can, at any time, double the true beauty of an actual landscape by half closing our eyes as we look at it. The naked Senses sometimes see too little--but then always they see too much".

(To see the rest of the snaps, as well as high-res. versions of those pictured above, you can check out my flickr slide-show below.)