PUG Awards go to AGO and One St. Thomas

Last night's PUG awards didn't bring any surprise winners: Gehry's fantastically-successful AGO won as best commercial/industrial building, and One St. Thomas Residences won as best new residential. But the event brought out the city's who's who of architecture and urban design, at the gorgeous McKinsey & Co. building on Charles (a fortuitous last-minute move from the Gardiner Museum), and included a panel discussion that got some blood boiling. 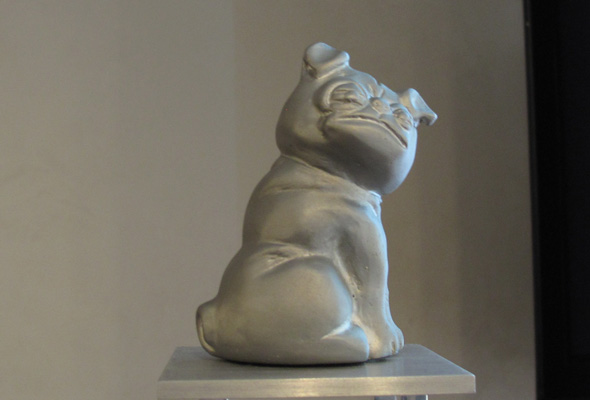 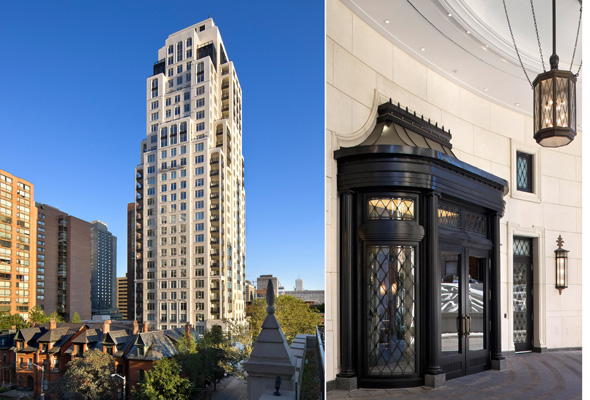 gorgeous AGO, and classy One St. Thomas (see photo below) is a great choice, especially when you compare it with the other contenders. But One St. Thomas is also very safely successful: if you want to win public votes, referencing Art Deco is always a good way to go (see last year's winner, the subdued condo-ization of the former Argyle & Dovercourt bakery, with its early Art Deco stylings). My only complaint is that so many of the residential entries were so unrelentingly boring. See the full list on the PUG site.

And the losers? Well, to spare sensitive architects' feelings, the losers weren't presented with dunce caps at the ceremony. But in the commercial category, the most-disliked building this year was Mount Sinai's Joseph & Wolf Lebovic Centre; the second-most-disliked was the easy-to-hate Toronto Life Square. Both, I think, well deserve PUG's big thumbs-down - maybe we can install a public garbage statue on their curbs.

Founded by Gary Berman and Anna Simone in 2004, the PUG awards began life as a critique of the ugliest buildings in our sometimes unlovely city - but gradually, the "Fugly" award has morphed into the cuddlier, ultimately more interesting, PUG. The award is based on popular votes (you didn't cast your ballot? mark your calendar for next May, so you don't forget.) To qualify for a PUG, buildings had to be completed in 2008, contain an area greater than 50,000 square feet (or be considered noteworthy), and be located within the City of Toronto.

Winners & losers aside, the PUG awards features a panel discussion about the city, and that was the real meat, yesterday evening. This year's panel consisted of George Baird (Dean of U of T's Faculty of Architecture, Landscape & Design), urban strategist Joe Berridge, developer Alan Vihant, and the verbose Councillor for Ward 20, Adam Vaughan.

Former Kontent magnate Michael King as the very shiny MC kicked off the panel discussion by wondering if this new economic atmosphere will parallel the Great Depression, creating a major cultural shift in our built world. Then he asked the panel to consider whether Toronto has a master plan.

Joe Berridge answered simply, "I don't think Toronto is plan-able." To my despair, he then added, "Be careful of big ideas." As conversation progressed, Adam Vaughan became gradually more frustrated with the discussion.

I sympathize. Just before the PUGs yesterday, Danish architect Jan Gehl gave a lecture to a standing-room only crowd at the Design Exchange. He talked about recent urban decisions in Copenhagen, Melbourne, and New York City. Gehl is one of the masterminds behind New York's PlaNYC Initiative, including the new pedestrianization of Times Square. The lecture was inspiring, and Councillor Vaughan was there, in the front row, drinking in Gehl's ideas.

Melbourne had problems much like Toronto's urban sprawl and planning failures--yet it has successful shifted away from car dependence, using Gehl's ideas. If Melbourne can evolve in an exciting architectural direction, surely we can too. But an hour later, there we were at the PUG awards, hearing the same dull platitudes about our city. No wonder Vaughan became a tad apoplectic.

Why aren't we consistently inspired? The panel agreed that Toronto simply doesn't thrive with its master plans. This is largely because a lack of political will has tied urban planners' hands. The audience - and MC Michael King - seemed shocked that Vaughan would actually get upset about this problem, breaking the oh-so-polite Toronto code. But I think his emotion is encouraging: people are ready to care about this city, and get upset at its failures. 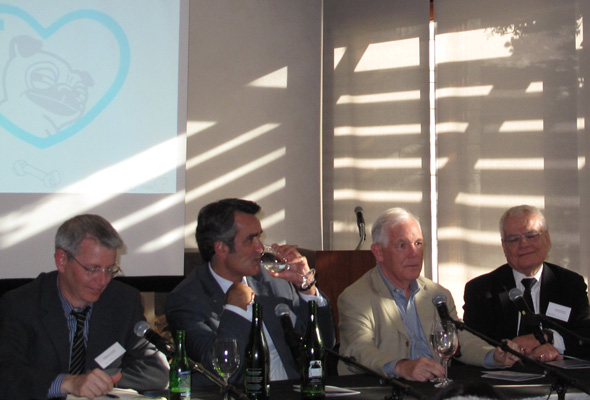 As PUG co-founder Gary Berman said last night, "We're gathered here today because we love our city, and we want it to sparkle, to dazzle." And maybe, to set off some firecrackers.

PUG includes two inspiring initiatives: PUG ED, a program for senior elementary school students to think critically about architecture in Toronto, and PIMBY, or Pug In My Back Yard, which will focus on the city's planning process. Which hopefully means even more difficult conversations about how to make this city better. I, for one, can't wait.

Photo of AGO interior by Roger Cullman.