Pride Toronto 2009 Launches with Drag, Laughs & even a Trekkie or Three

Pride Toronto 2009 officially kicked off last night with a launch party at Woody's. MC'd by the always hilarious, Deb 'Dirk' Pearce of Proud FM, the event attracted media from all over the city to mix and mingle with the organizers, volunteers and talents of Pride Toronto. 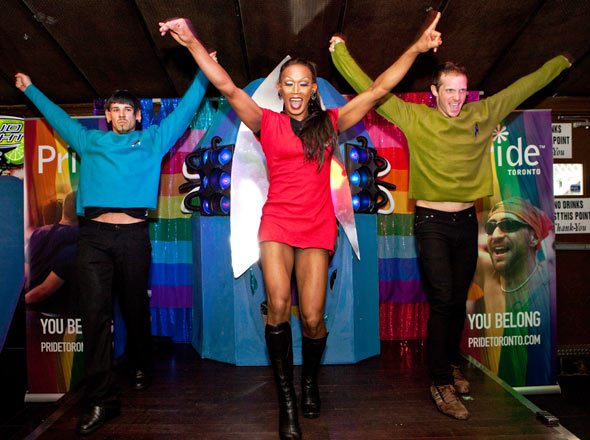 Corporate sponsors also sent their reps, including the much adored (and, might I add, adorable) TD Boys -- in green TD booty shorts, no less. TD announced last night that they are committing to 3 more years as major sponsor of Pride Toronto. 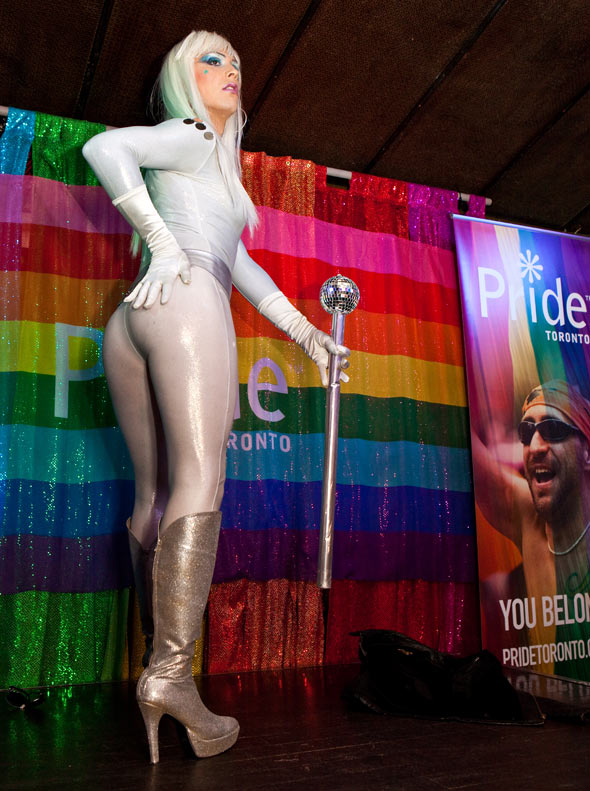 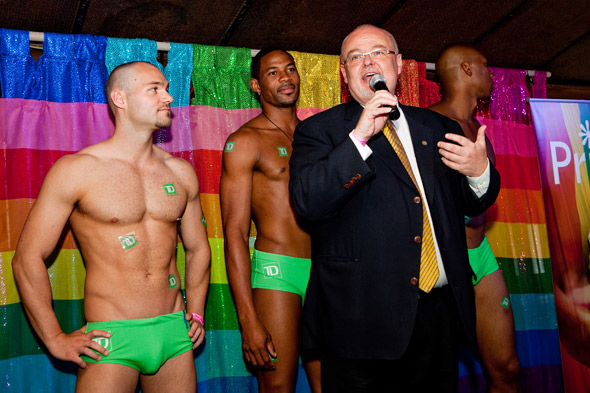 Amidst the fun of drag appearances by 'Lady Gaga' and the Star Trek fleet, local community leaders, like Councillor Kyle Rae, took the time to remind the younger members of the crowd of a time when Pride was not such a celebrated event in our city. Supportive police forces and a room full of major media players would have been hard to imagine 30 years ago when raids were more the norm -- one of many reasons we can all be thankful and appreciative of the Pride veterans who fought hard to make this celebration possible. 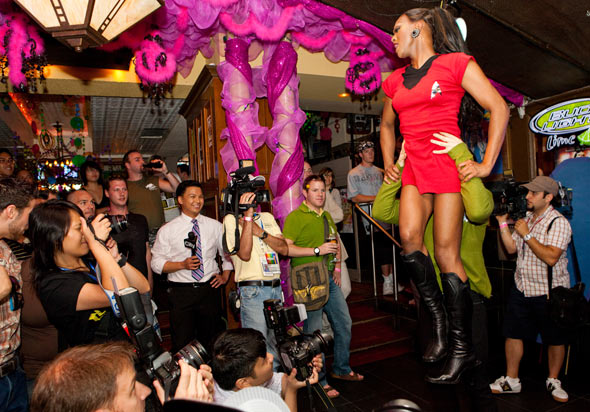 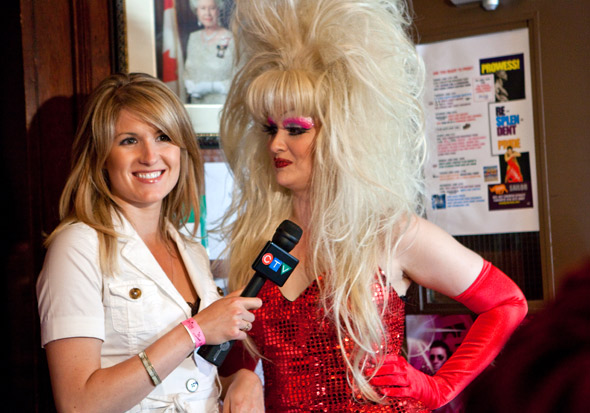 That said, organizers still need help from supporters out there. I'm told it takes 800+ volunteers to keep the massive celebration moving smoothly and Pride 2009 could still use a few more hands this year. If you can spare any time this week, consider volunteering.

Other official Pride Toronto lead-up events worth checking out this week:

This is Not a Reading Series presents: She's Shameless/She's Writing
Book launch of of She's Shameless by Shameless Mag + '90's party to follow.
7:30PM at the Gladstone. $5 or free with book purchase.

Granny Boots presents: THE MADONNA SHOW
a retrospective of 30 years of appropriated queer black culture
7:30PM at the Gladstone. Free.