Ontario Behind the Boarding: The Man, The Barn, The Farm, The Suicide

An abandoned farming compound once stood on the outskirts of Oshawa, an architectural archipelago in a sea of tall grass. The property consisted of a beautiful early 20th-century house, several sheds, a medical facility for horses, and a large barn.

All of these buildings have since been torn down, and reliable information about the compound has been difficult to establish: what little that I have gleaned about this place, I learned from the locals whom I met while exploring.

The owner of the farm was apparently named Florence, and he had horses. He refused to go the hospital as he grew older, and took his own life, rather than enduring the indignities of old age. He, his farm, and his horses, have all vanished. These are the pictures which I took of the now-demolished compound. 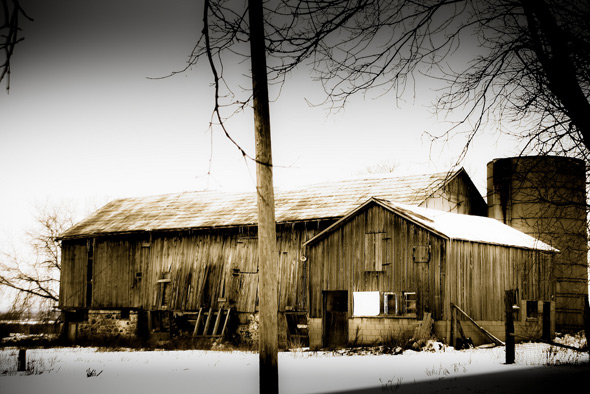 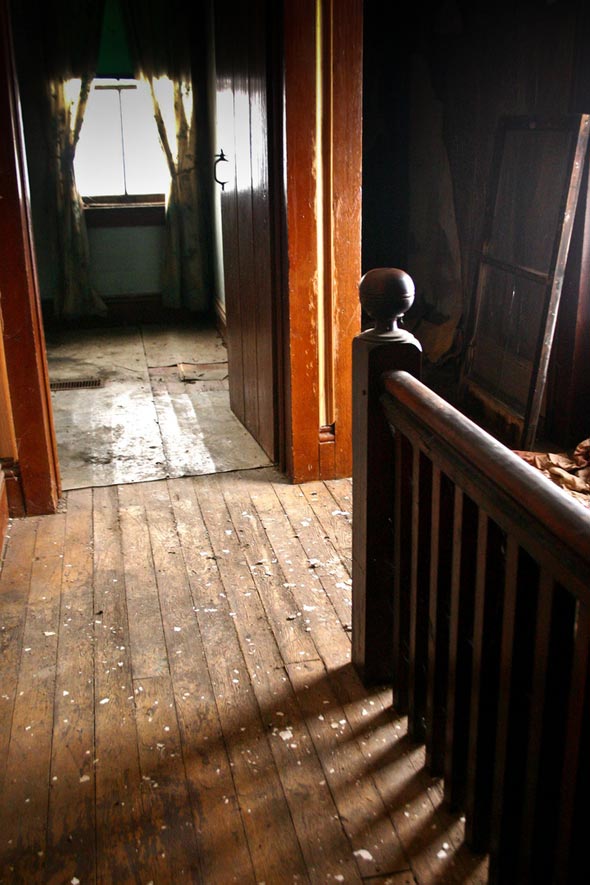 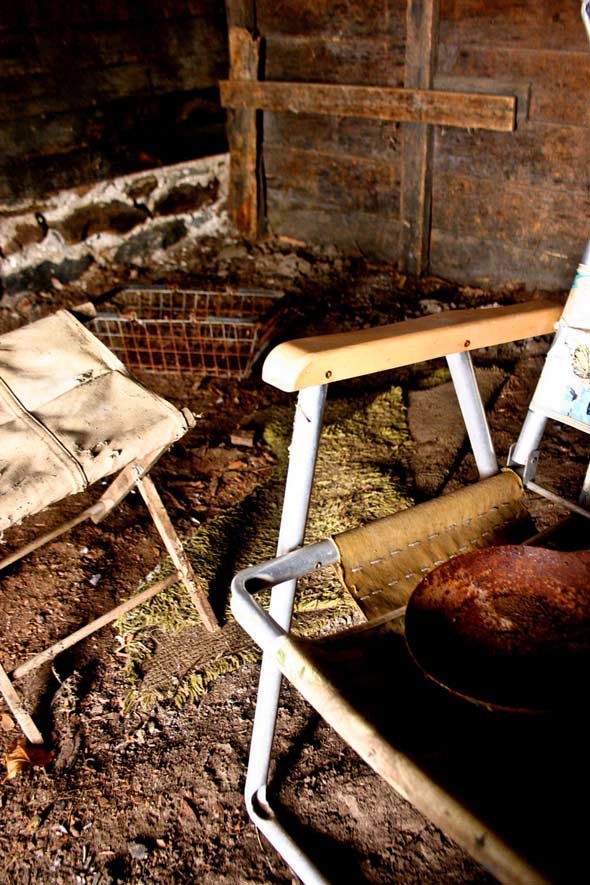 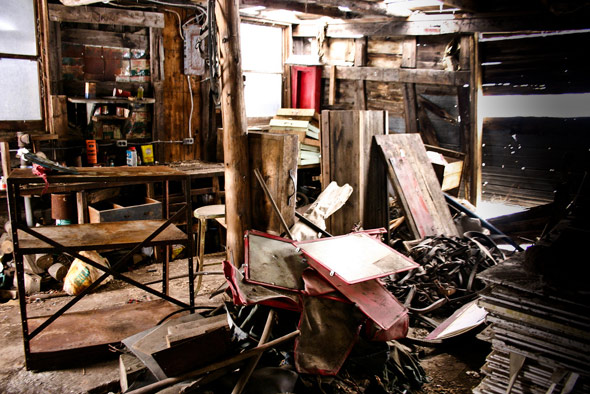 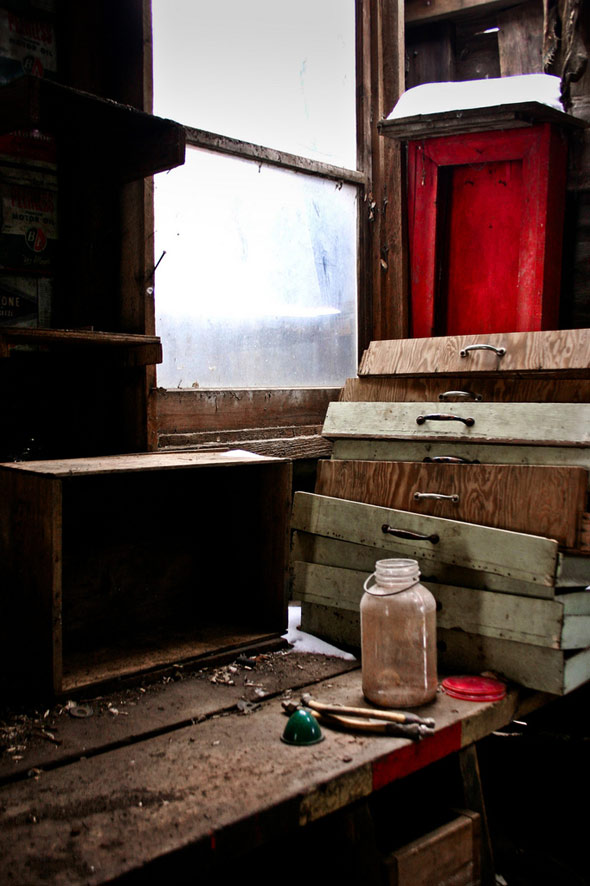 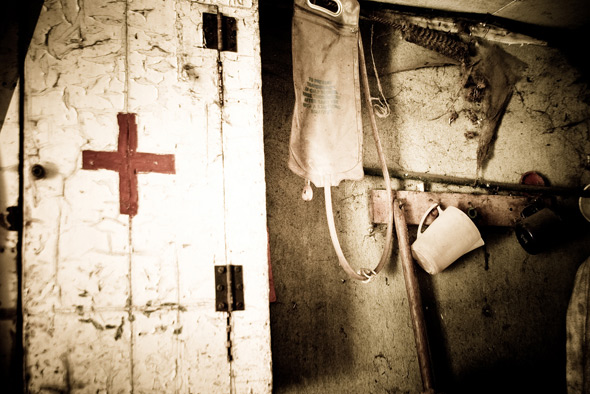 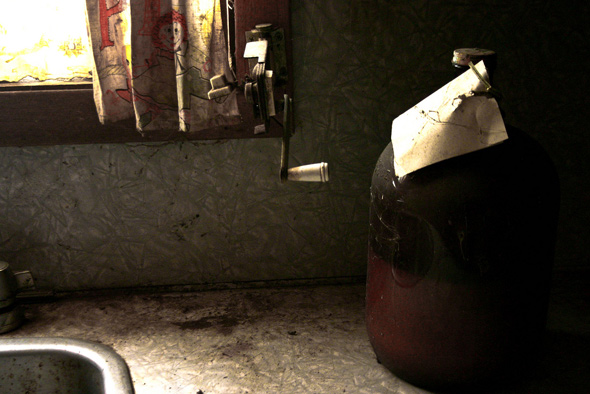 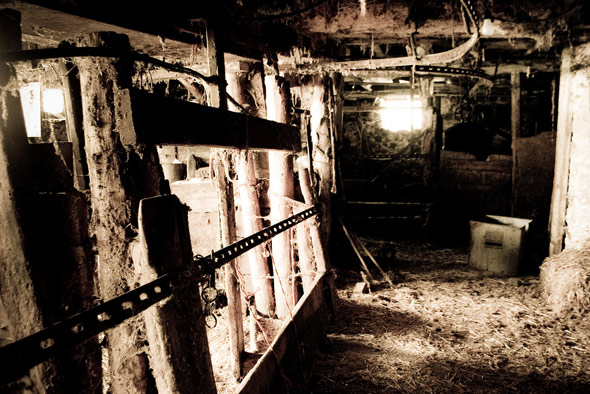 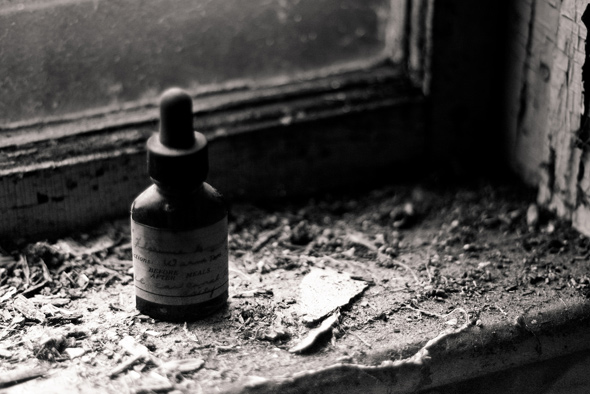 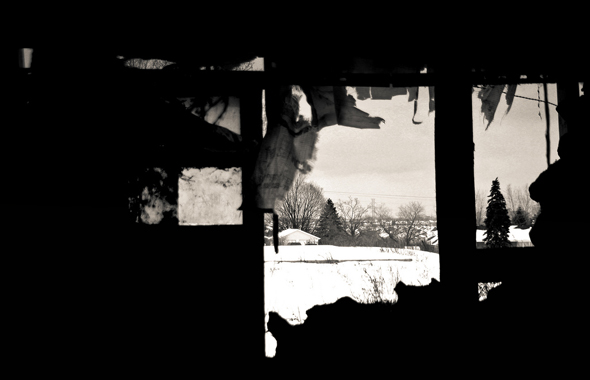 Recently, I came across a passage in The Rings of Saturn, a novel by the late German writer, W.G. Sebald. He writes: "On every new thing there lies the shadow of annihilation. For the history of every individual, of every social order, indeed of the whole world, does not describe an ever-widening, more and more wonderful arc, but rather follows a course which, once the meridian is reached, leads without fail down into the dark".

It seems that so many places have passed through this invisible meridian, and now sink ineluctably into dilapidation, decay and neglect. But perhaps photographs halt this unstoppable descent, however briefly. As Eliot says, at the end of The Waste Land: "These fragments I have shored against my ruins".

(To see the rest of the snaps from this haunting place, as well as high-res. versions of those above, please visit my flickr slide-show below.)