Inside Koerner Hall (The Royal Conservatory of Music on Bloor)

Of all of Toronto's major cultural institutions physically reinventing themselves into the 21st century, the renovation of the Royal Conservatory of Music on Bloor Street is the one that seems to have taken the longest. While the ROM next door went from hole in the ground to completed - and controversial - Crystal in three years, it seems that construction trailers have been parked in front of the Conservatory's red brick and sandstone entrance for much longer, though the end is finally in sight with the sneak preview this week of Koerner Hall, the showcase concert hall in the new Telus Centre For Performance And Learning wing.

Yesterday morning press and guests were allowed in small groups into the hall in hard hats and steel-toed boots, to watch the final stages of construction after a press conference where the inaugural season of concerts was announced. Referring to the hall as the "final jewel in the cultural crown of Toronto," RCM executive director Mervon Mehta detailed an opening festival that kicks off on Sept. 25, and features everyone from Chick Corea, Ravi Shankar and Keb' Mo to the Emerson String Quartet, cantopop stars Frances Yip and Anthony Lun, and a stop on the farewell concert tour of mezzo-soprano Frederica von Stade.

The inaugural season beginning afterwards will feature an equally diverse lineup of shows, including Paquito D'Rivera's quintet, Quarteto Gelato, pianist Andras Schiff, violinist Midori, choral legends The Tallis Scholars and local jazz star Jane Bunnett. Mehta said that the hall - named in honour of donors Michael and Sonja Koerner - would feature around 100 nights of music in its first year, and that the Conservatory intended to feature an education component as often as possible. 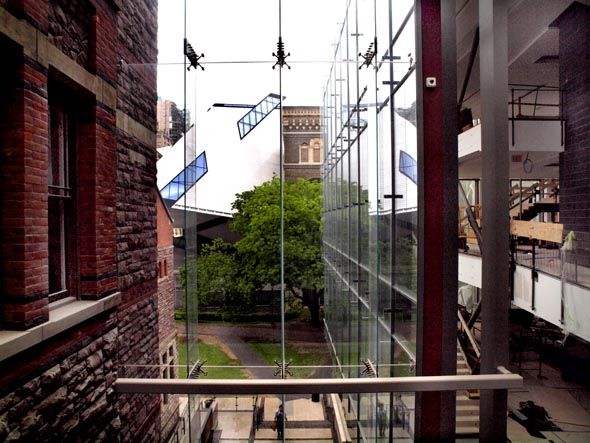 The exterior of the hall, designed by Marianne McKenna of KPMB Architects, is decidedly unassuming - a glass box attached to the main Conservatory building (the original home of McMaster University) by an airy atrium, facing the ROM's west wall across Philosopher's Walk. Photography wasn't allowed inside the building while it's still unfinished, but the key details were already in place, including the broad basket-weave bands of black plaster on the walls, and the undulating strips of laminated wood flowing up from the stage onto the ceiling.

Seating capacity is a maximum of 1,135, but sightlines are unobstructed throughout the orchestra seating and the two galleries. Construction is expected to be done by the end of July, at which point two months of acoustic trials for the new space will begin, a tense and crucial process for any concert venue, but especially in a city that endured the years-long growing pains at Roy Thompson Hall - a project also completed by KPMB. Tickets are already on sale, though Mehta insists that a policy of putting $10 rush seats on sale 90 minutes before each performance would be Conservatory policy. 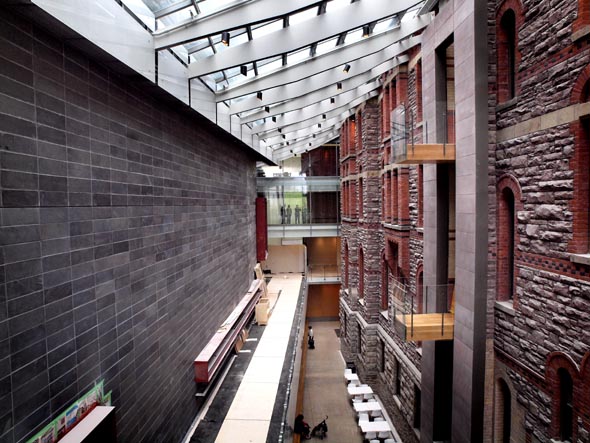