While I've attended Pride Day almost every year for the past 12 years, this was the first time I attended the Dyke March. It was a similar vibe as the Pride Day parade, but with less crowds and fewer noisy floats. And, of course, a lot more women than men.

The weather was perfect for going topless. Many took advantage of this as they paraded across Bloor St. from Church St. and down Yonge St., getting enthusiastic cheers along the way. 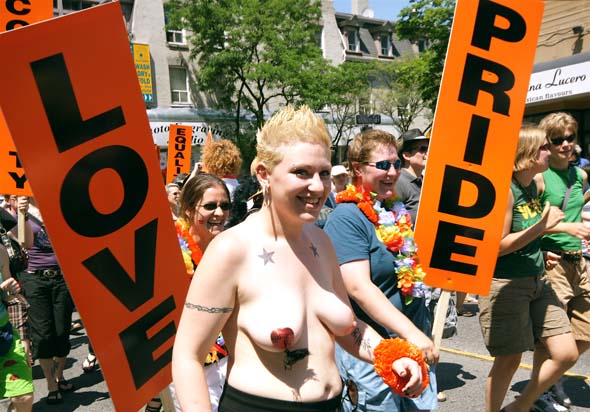 I was pleasantly surprised that there weren't many barricades that separated the paraders from the onlookers. This allowed for a much more inclusive vibe on the street. 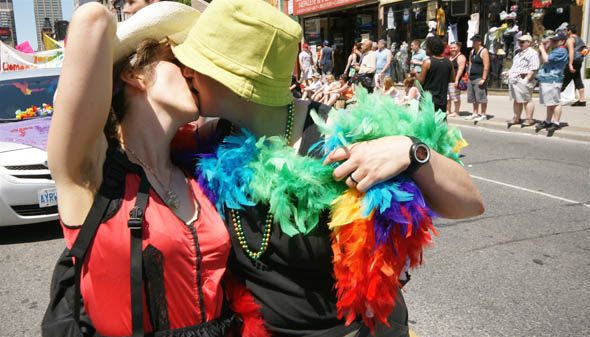 It was refreshing to see couples of women openly smooching in the middle of Yonge St. to cheers. 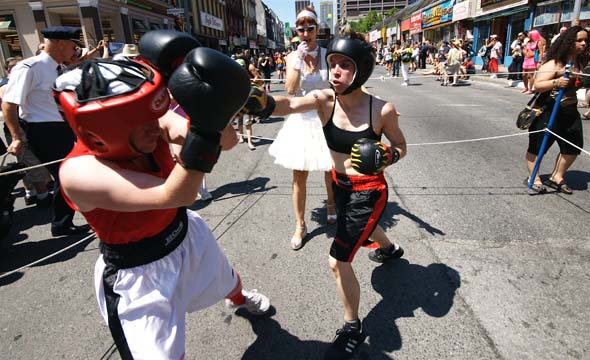 One of the more interesting things in the parade were a couple of dykes duking it out in a portable boxing ring. A tall woman in an elaborate, unorthodox referee's outfit kept things classy. 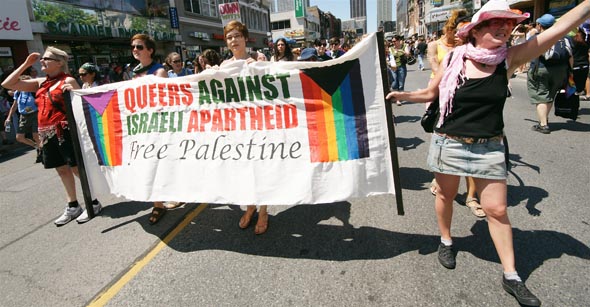 I was rather shocked to see a rather sizable group marching for Queers Against Israeli Apartheid in this year's parade. Do you think mixing gay pride with Middle Eastern politics has a place in our parade? 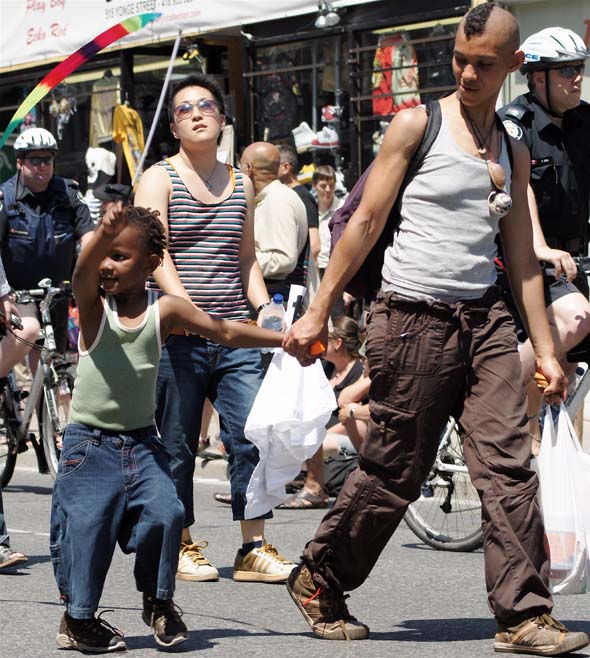 I loved seeing a mother marching together with her young child. 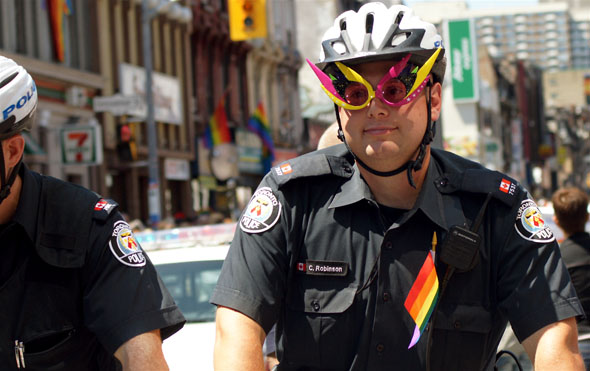 The Toronto Police were in full regalia too, showing a little flare along the parade route. 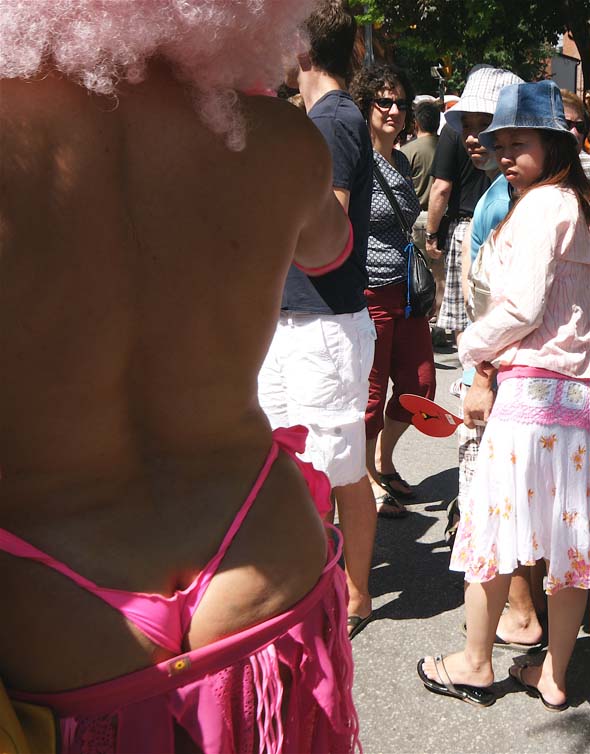 There are always a few tourists and gawkers who come out to see what they might think of as the freaks on parade. This one pink-haired, pink-thonged lady got lots of looks. And even more photos taken of her.

Check out more of my photos from the Dyke March, in the mini slide show below.