For some people, Charles Pachter is as notable a real estate speculator as he is an artist. The 68-year-old painter and sculptor has owned a series of downtown buildings, with an eye for location that's inevitably been one step ahead of real estate trends. He explains that it was accidental - it was easier to make money as a landlord than an artist back then, but he sold his last income property years ago, and has settled into his striking home/studio/gallery near the Art Gallery of Ontario with an undisguised zeal for staying there for the long haul.

Since architect Steven Teeple's renovation of the space was finished four years ago, adding Pachter House to the Moose Factory studio and gallery, the notoriously gregarious Pachter has thrown the space open for countless events, and last night he hosted the kick-off event for artsScene's Art Of Living architecture series, showcasing distinctive houses around Toronto. 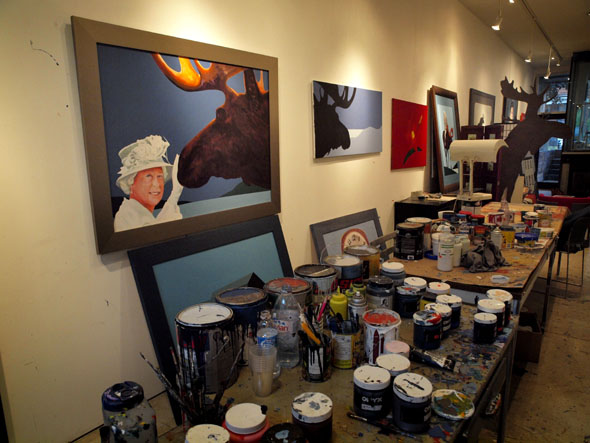 Pachter bought the original building in 1997, a dilapidated warehouse and factory at the back of a lot behind a broken down garage. He demolished the garage, and turned the old building - once a Jewish funeral home - into his gallery and studio, while maintaining a home in the neighbourhood. He finally approached Teeple to build a home there, and recalls that the architect showed up with a bottle of single malt scotch to talk about Pachter's ambitious plans for the site. After helping the artist finish off the bottle, Teeple considered the project and told him that "I think if you can do it anywhere, you can do it in Chinatown." 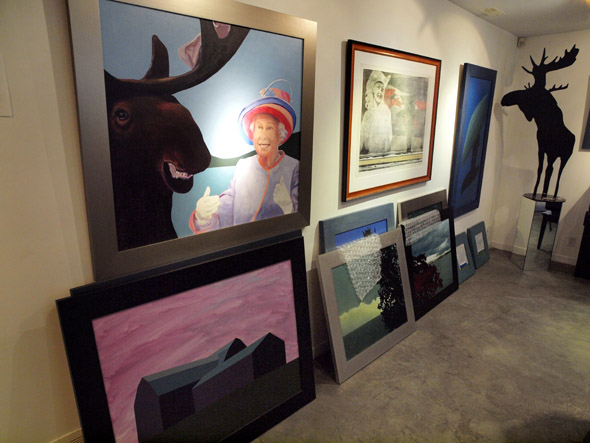 Teeple designed a trio of long boxes that interlock and thrust out into the street, each devoted to one of the functions of Pachter's building. The bedrooms that Pachter had built into the original Moose Factory as potential home in a downsized future are now packed with older canvases, while more recent work fills the main floor galleries, and a tiny elevator rises from the studio on the lower level to the artist's living space on the top floor. Pachter admits that the lift was a late addition, shoehorned into the building when he contemplated a time when he might not be as happy or able to climb so many sets of stairs. 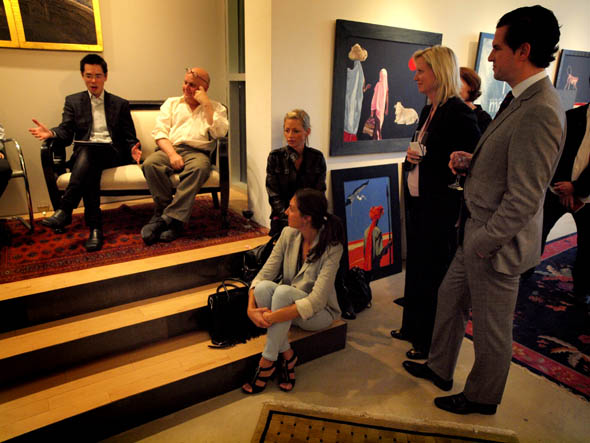 "I knew I only had one shot to do it right," Pachter told the crowd at the artsScene event, a social mixer organized under the auspices of Business For The Arts, a local volunteer-staffed organization meant to build bridges between the city's businesspeople and the bohemian community. Pachter describes getting up in the middle of the night with an idea for a painting, and descending slowly to the studio, perched on a chair in his dressing gown, in full view of the street in his glass-walled elevator. 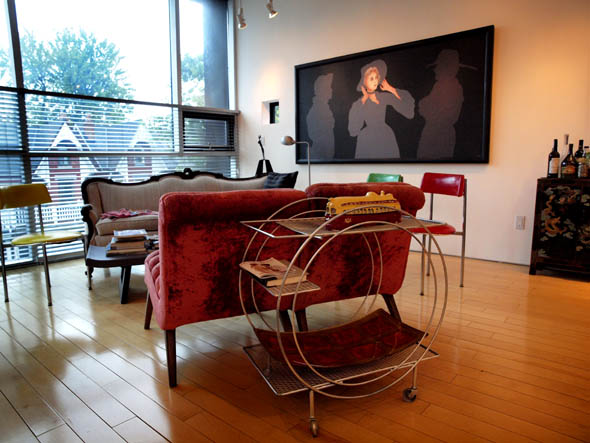 While his firm has designed much bigger projects, such as the Graduate Student Residence at U of T, with its cantilevered "O" hovering above Harbord Street, Teeple says that nothing has gotten as much publicity as Pachter's house, thanks mostly to his client's flair for self-promotion. The pair describe their nervousness before a committee of adjustment hearing at City Hall, but no one in the neighbourhood had any objections to the audacious house - in Chinatown, at least right now, anything goes. 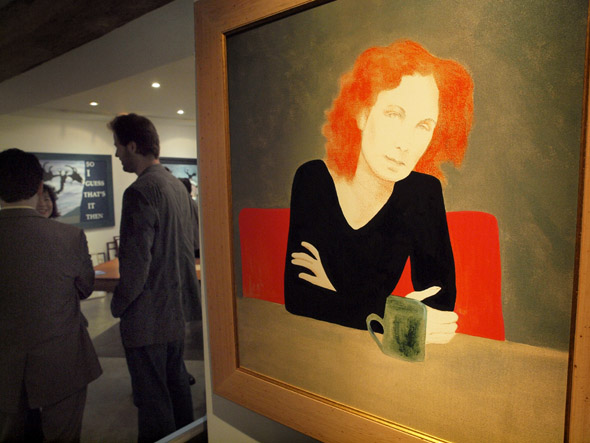 Pachter says he has a great relationship with his neighbours, which includes the mahjong club next door. He went to the president of the club with the plans for his new house, expecting some opposition, but he was just told that he was a "yuppie" who was going to make their house prices go up, and that they had no problem with that. "The neighbourhood has come of age," says Pachter. "It's as close to Greenwich Village as we'll ever get." 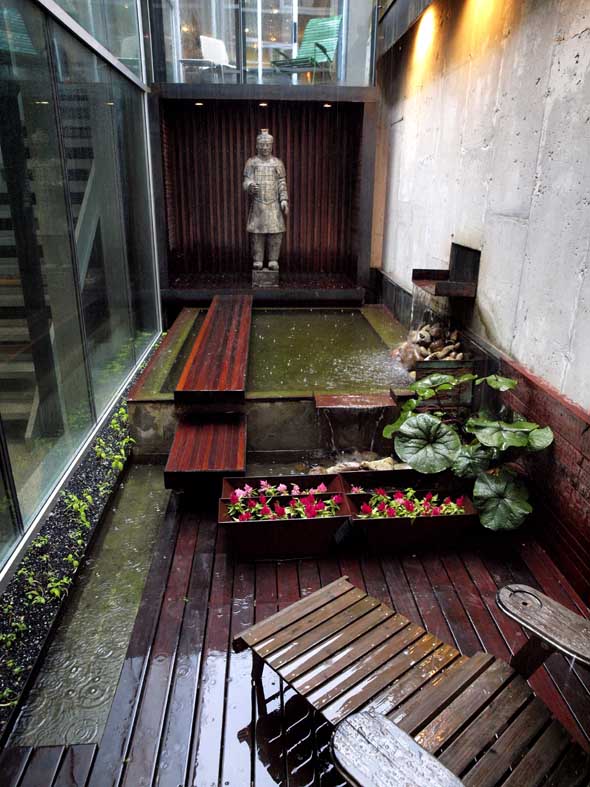 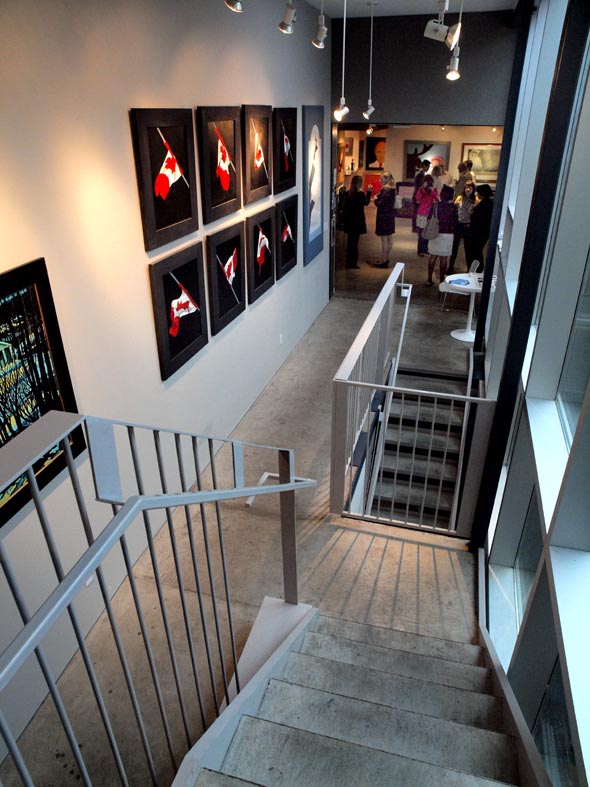 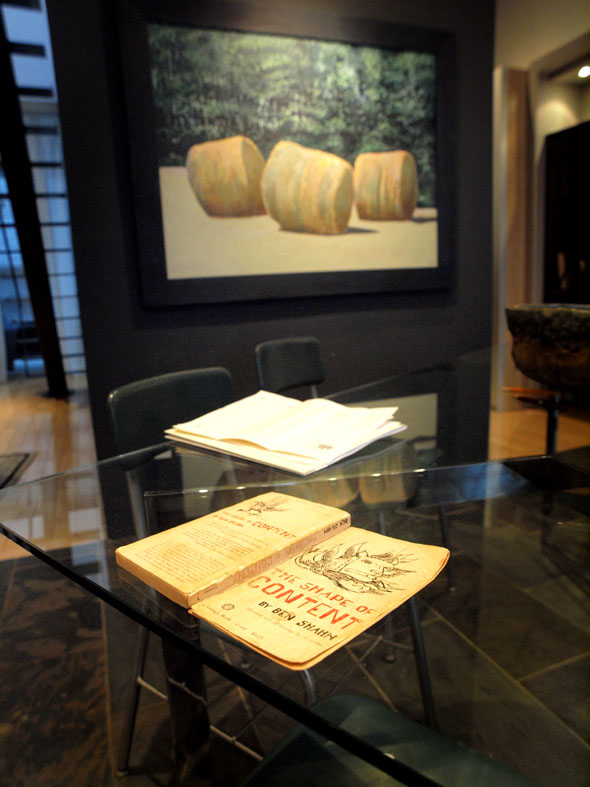 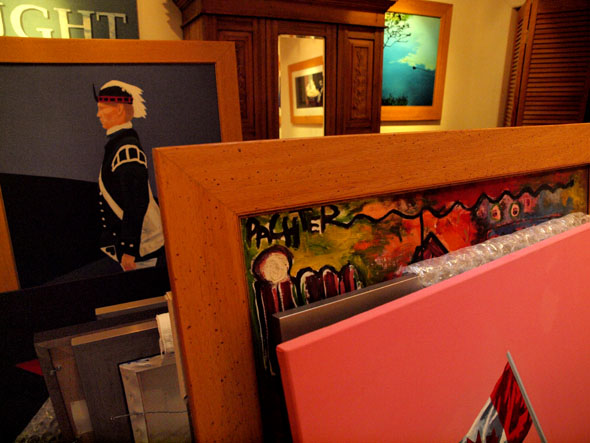 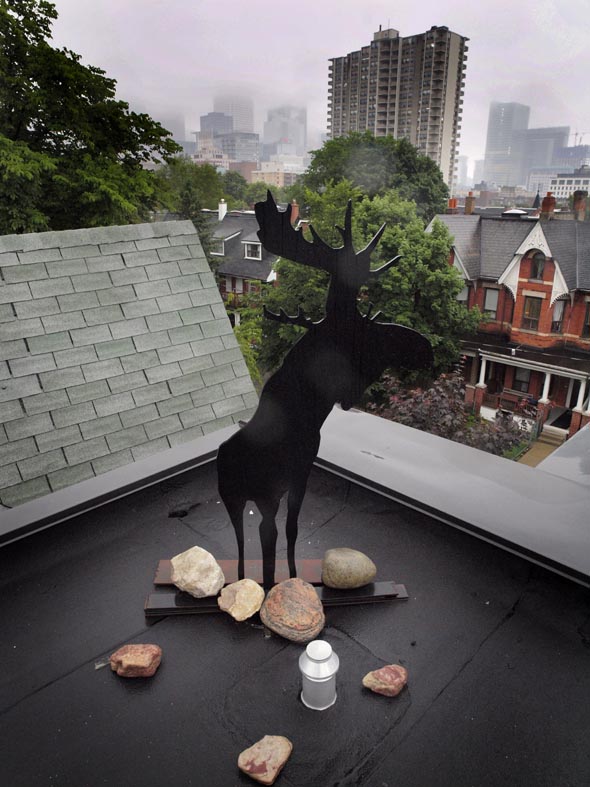 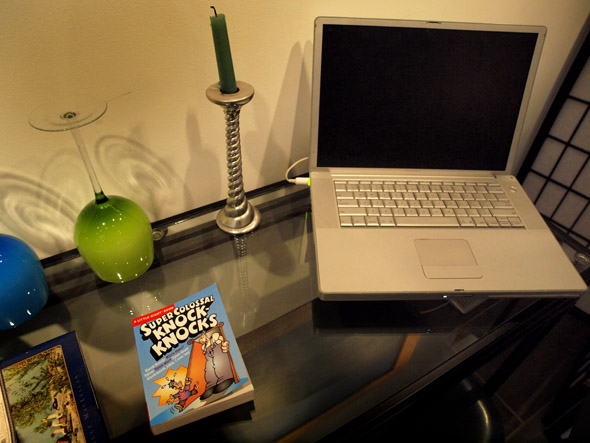 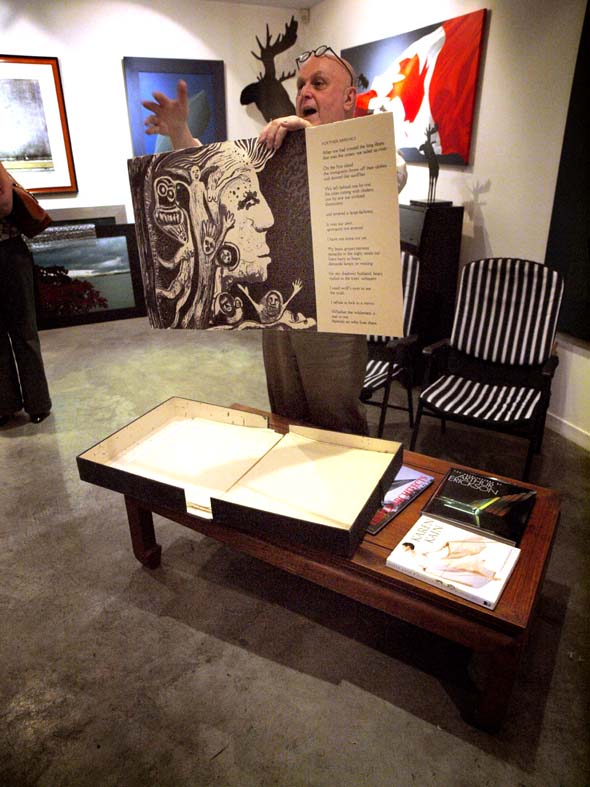