The infamous Innis College Rochdale Project of the late 1960s, one of Toronto's greatest tragedies, was born of the best intentions. A statue at the corner of Bloor West and Huron street commemorates this dark chapter of the city's history, and even this is overshadowed by the building itself. The statue, entitled "The Unknown Student," is a sullen monument to the University of Toronto students who died in this education co-op gone horribly wrong. 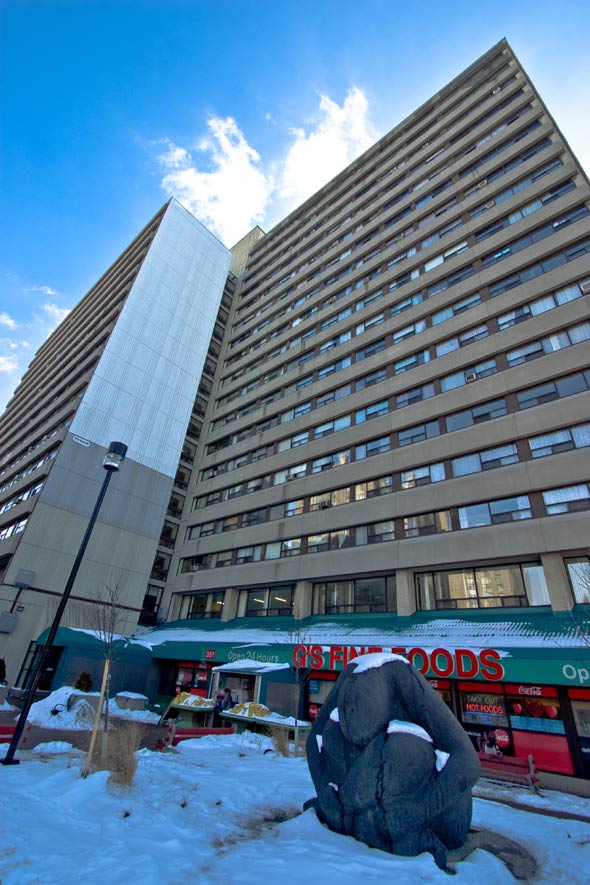 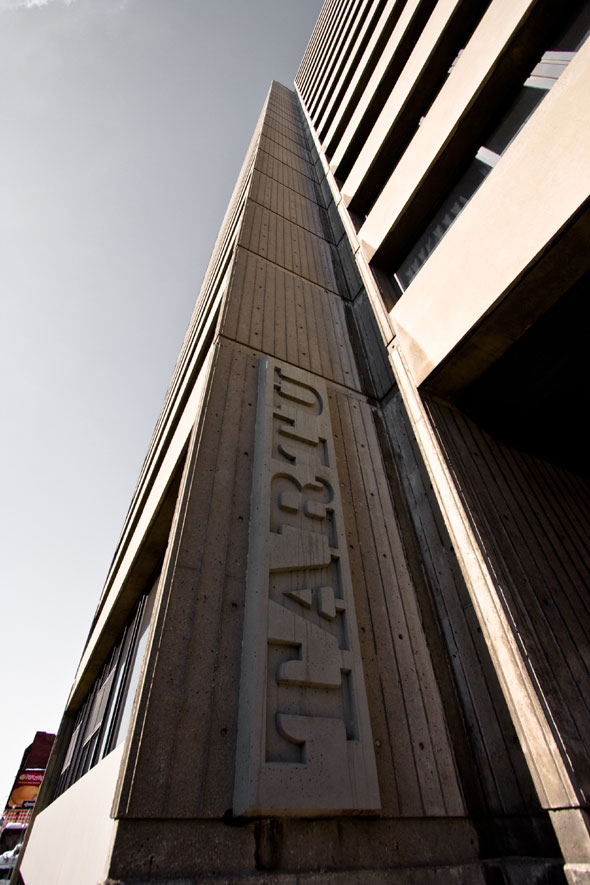 The tragedy was produced by a combination of two forces: the pan-liberation ideology of the time, and changes to Toronto's zoning laws. At that time, Yorkville was a haven of drug-use, a faux-utopia for those seeking refuge from the drudgery of ordinary life. However, the neighborhood was changing, and the gentrification of Yorkville forced the motorcycle gangs which supplied its drug-rings to move westward - at the same time that the Rochdale project was being built.

The name "Rochdale" alludes to an English township of the same name which became the world's first co-op society. Unfortunately, due to poor zoning, this building (the sister of the Tartu building across the street) soared to seven times its originally planned size. Its sprawling mass made it difficult to police, and it quickly became a hive for crime and villainy. Ironically, during its transition from idealist experiment to inner-city slum, co-op rules remained in place: one person, one vote - even if the voters were bikers and squatters. Despite the presence of the occasional undercover cop, things continued to spiral out of control, with gangs forming their own police force. One news source from the day called the Rochdale Project the "largest drug distribution warehouse in North America".

The Ontario government finally resorted to desperate measures, and set up an independent security system, but the bikers infiltrated even this. In 1975, the Rochdale Project declared complete insolvency and, in its final days, police could be seen dragging people away from the building, which is now titled the Senator A. Croll apartments. 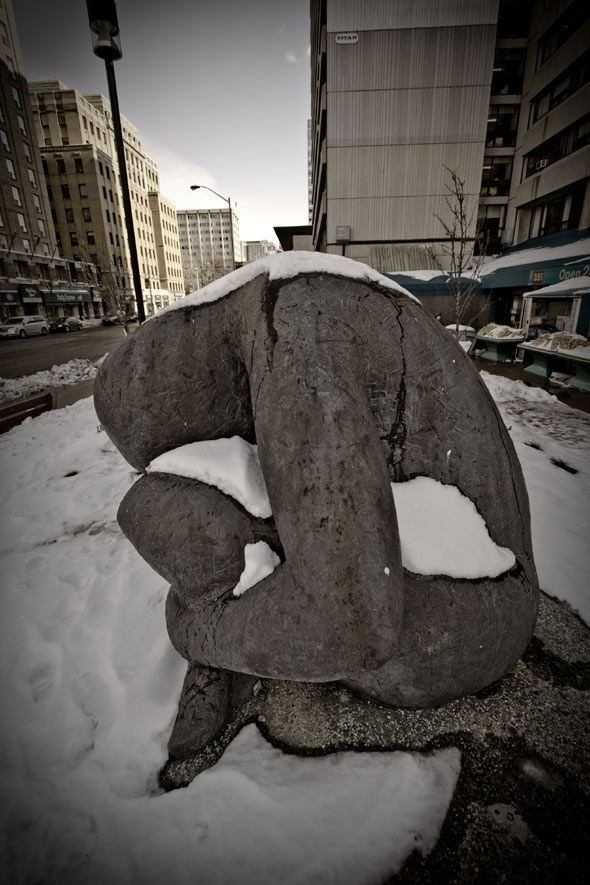 In the course of my research about this building, I have been in contact with several individuals, who all refuse to be named, and whose stories confirm what little is documented about this black mark on the history on the University, and of the city. What at first sounded like an urban myth - a grossly exaggerated tale of 1960s drug-use and misplaced idealism - turned out to be true. The tragedy of the Rochdale Project is an untold story, whose victims (the bodies of the U of T students which were found after the final police raids) are commemorated only by a twisted figure in black stone.