Toronto's Forgotten Landmarks: A Night at the Roxy

Few of us will recall frequenting Toronto's Allenby Theatre at 1213 Danforth Avenue, even under its later name, The Roxy. This 1930s art deco theater is a perfect example of inter-war architecture and style, and typified the classic neighbourhood theatre, or 'nabe', as author John Sebert calls them, before it was abandoned.

An anonymous tip led me to this spot on a derelict strip in an old part of town. After a daytime scout (and the realization that 80s anti-climb grid, unlike its modern antecessor, acts more like a sideways-ladder), me and a friend returned quite early one evening. 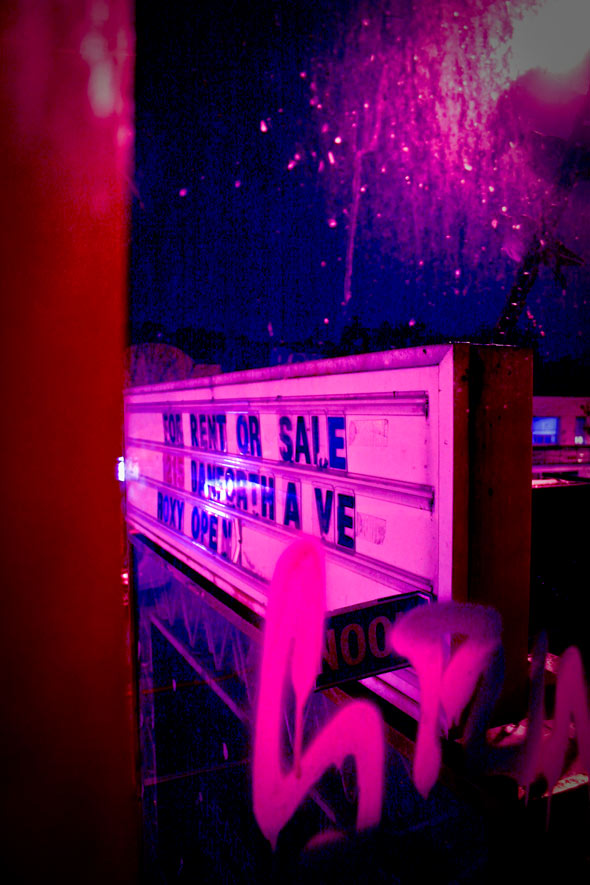 The chief architectural designers of this low-rise theatre were Kaplan & Sprachman, responsible for many of the smaller concert venues and theatres in the area. The popularity of this kind of building peaked in the 1940s, long before the creation of the urban multiplex which began to draw movie-goers out of their individual neighbourhoods.

Thankfully, the Roxy was designated Ontario heritage privileges, but when I took a look at the city council's meeting minutes regarding its future plans, I discovered something dreadful (and dreadfully popular in Toronto): only the facade was given the historical designation. The late Jeff Chapman gave a humorous name to this very Torontonian persuasion - the 'facadiotomy'. 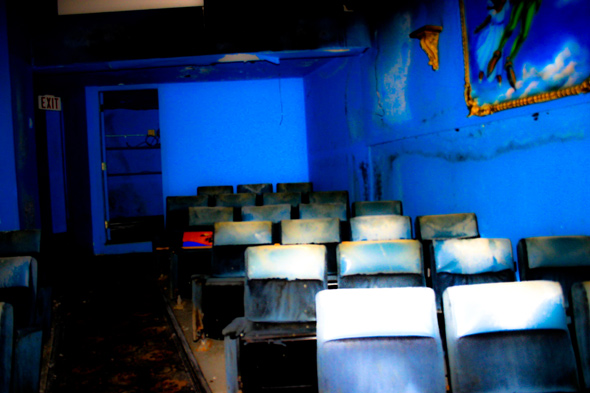 The interior scene of the building as it stands today is akin to something out of a decaying Disney nightmare, or a bad trip at Lucas' Skywalker Ranch. The moldy walls are covered in horrendous renditions of Star Wars and Indiana Jones scenes (done by hand), tacky gold (painted) ornamentation, as well as a bizarre rainbow-unicorn theme. Coupled with no natural light, peeling paint, and an overwhelming smell of water-damaged fabric, it perfectly encapsulates the rise and fall of an utterly ridiculous by modern standards, if somewhat endearing era of film-going. 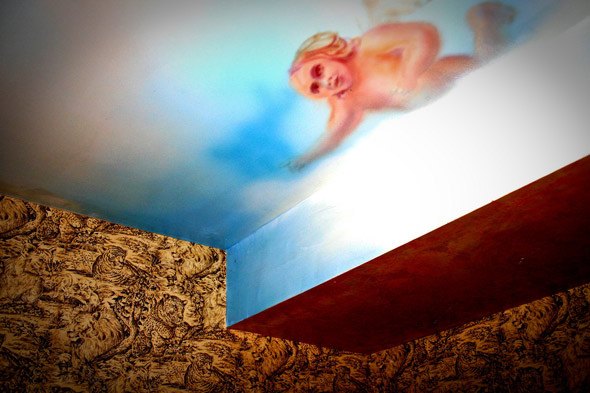 The peculiar experience of attending this spot in its heyday must have been quite a different experience than visiting a Silvercity, or (insert bank name) centre to see a movie nowadays; maybe all of this is why it was called 'going to the pictures'. 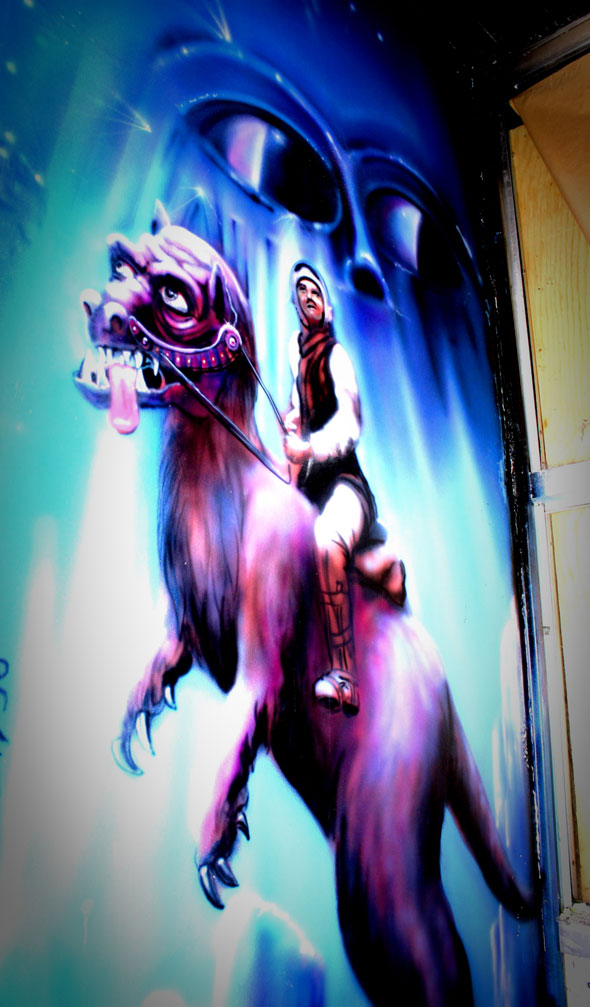 Arguably better than a full-scale demolition, the Esso station that will take the building's spot in the future will have an 'On the Run' mini grocery store with the Roxy's current fronting (the same Esso owners who used to have a small station at the corner of the currently derelict adjacent lot). 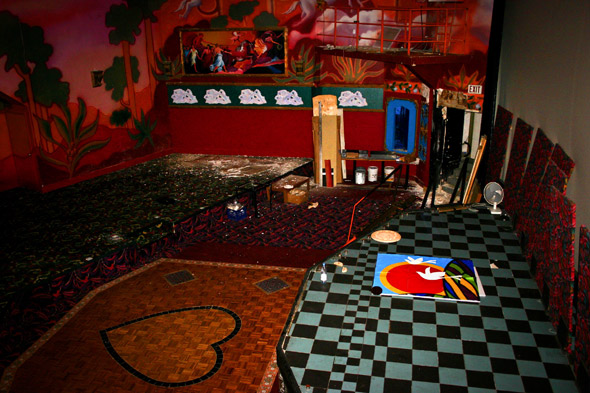 The slow death of this theatre could be seen well into the 80s, where during its final years, it aired 'The Rocky Horror Picture Show' exclusively; unfortunately, even some of Toronto's more metropolitan independent theatres seem to rely on these niche cult-films for their bread and butter.

Perhaps I spend my nights differently than most, but I have a very special spot for these bits of architecture which history tends to overlook; that there is dignity in the work of the common man, and also in his workplace. Forgotten places dot the landscape, their fences and signs stand as psychological, rather than physical barriers. And the law? Natural Law stands above the laws of man...

Below are the rest of the snaps from this odd old theatre; keep in mind that these are all merely documentation snaps, rather than artistic ones - I will re-visit the spot and update the gallery in following weeks.