Recession? What recession? While going to snap some photos on the old military grounds at Downsview this past weekend, my friend and I discovered something quite strange: alongside the derelict hangars and control tower of the old base were several hundred brand new Dodge vehicles.

Hoping to quietly park behind the cars and get down to business (photography business, that is), we were met by security guarding what we thought was the base, but ended up being the cars themselves. After leaving, tails between our legs, we decided to drive across to see more of the base, got out onto the old tarmac, and lo and behold: more cars. What exactly was going on here? 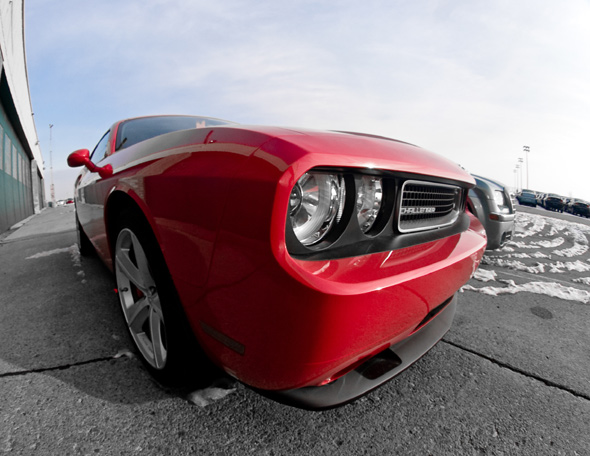 It seems that when it comes to auto unions, no matter what production capacity a plant is working at, the workers are paid about the same. In an economic vacuum then, the decision by Chrysler to work their labour force at 100% despite any slow/fast production demand doesn't seem so odd. The unsold cars would merely be stored, keeping in mind the inherent costs and deterioration factors.

Enter the modern economic crisis. Since the vehicles will most likely sit longer than in times past (especially since over half are 'Hemi' V-8s, given modern fuel concerns), the dealerships who would usually request cars made-to-order will now have the luxury of perusing this massive Downsview manufacturers' stash, and will most likely get a much lower price per unit. I am no supply-side economist, but this move seems a rather bizarre one on the part of the manufacturer. 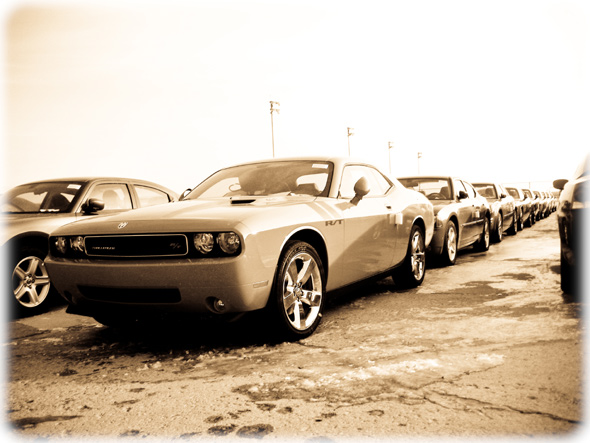 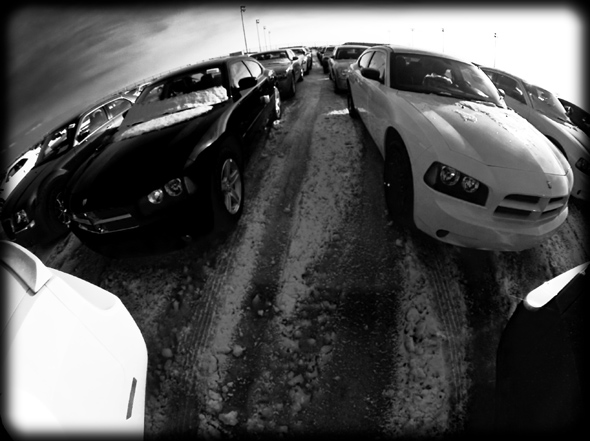 Being a lover of all things automotive, finding myself surrounded by 2009 6.1 Liter Hemi Challengers, charger SRT-8s (and the unfortunate occasional 300C) supplied my afternoon with more than enough visual testosterone-based pleasure, as well as the occasional Vanishing Point quip. Thinking about where it was all situated later on, however (there were about 4 lots like this, as far as I could see), something dawned on me which, if the information I've acquired is accurate, doesn't sit quite right.

The military base, even its defunct areas, is owned by Bombardier , several crown corporations, and the federal government, with administration lying in the hands of Parc Downsview Park. I am told that Chrysler are paying a hefty premium to store their cars on the property.

Ok, fair enough - we are in a period of economic unrest, and there is no room elsewhere for the storage inherent in their production scheme (even though it may be argued that the aforementioned production techniques were very short-sighted) . On the other hand, though, this is the same company who is approaching the very same federal government for a bail-out. This seems a little double-handed.

Are there really enough die-hard 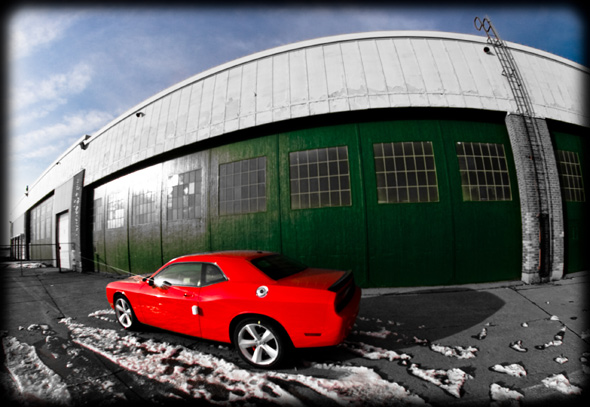 Vanishing Point and Steve McQueen fans out there these days, willing to lighten their pocket for a new Challenger or Charger? Perhaps I am just bitter that I didn't get to see the inside of a defunct airbase control tower.