The Don Valley is lovely, dark, and deep, and anyone who has traversed its many paths, crevices and alcoves surely knows of its most beautiful secret - the derelict Don Valley Brick Works. Built in 1889, the brick factory was responsible for the cornerstones of some of Toronto's most famous buildings, yet since its final closure decades ago, the site has remained fundamentally unchanged.

Beside the woods and frozen pond sits the silent monster, whose varied visitors will all attest to its almost unspeakable beauty. My first visit to the quarry was very brief, on a bike ride with my father when I was 8 years old or so. The image of the 'V-A-L-L-E-Y' stack (one of four original stacks reading 'Don Valley Brick Works') at the outermost edge of the ominous courtyard was burned into my memory from that moment on. 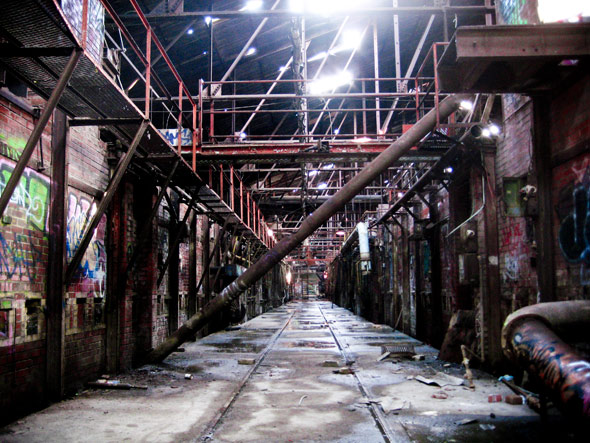 Many assume the surrounding northern valley to be part of the natural formation of the Don Valley, when in fact it is actually the quarry from which the brick-materials were gathered. One can still see the scraped face of the rock and clay on its northern most edge. The park land which lies between it and the brick factory is a bizarre man-made creation which encompasses (if you stop on the paths and read the placards) all manner of bog, mog and swamp (the only discernible difference I can make out is the plant and animal life therein). 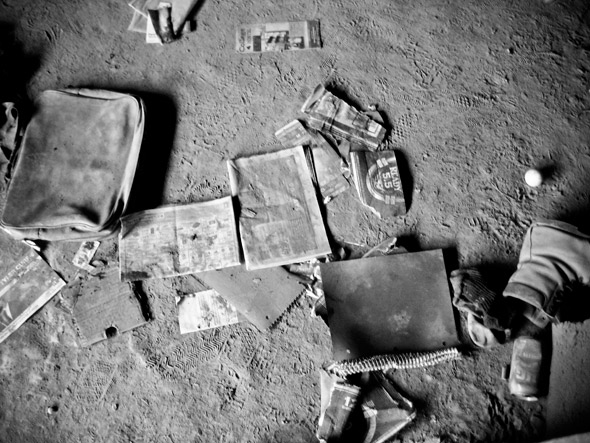 The wrecks' primary visitors seem to come primarily from four camps: explorer/photographers drawn by the aesthetics; guerrilla artists drawn by the seclusion; Evergreen and city workers drawn to keep the former two groups out and abate the place before it enters the primary phases of metamorphosis; and those who dwell there.

Those who frequent the building are well aware of the intriguing cat-and-mouse game regarding entry (always plentiful, but always...somewhat different). Besides the half-hearted boarding the city workers use, there exist some rather unique leverage-based holding-mechanisms to keep the entrances sealed. Far from being the work of some ingenious Toronto Parks and Recreation worker who is a secret hobby-engineer, this is the work of a homeless man who resides in the buildings.

His living quarters are unmistakable, the most interesting portion consisting of several stacks of sheets (thousands) with uncategorized english words and phrases accompanied by his own interpretation of what they mean. The city cleared out this makeshift living room a few years ago, but it seems to have been creeping back as of late. 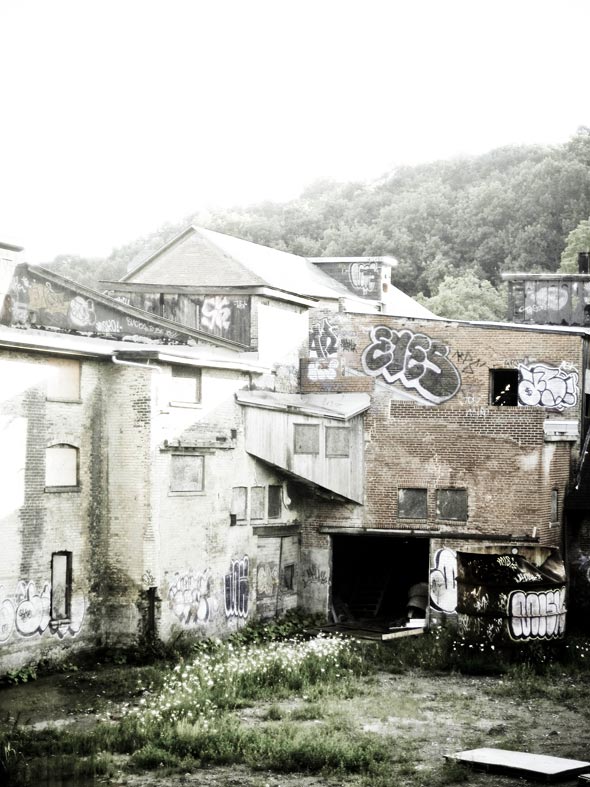 I could go on for eons about the history, intricacy, presence and beauty of this building and its surrounding lowlands, but I will end instead on a note of encouragement: even if you dare not enter the building itself, I wholeheartedly encourage you to bear it witness. I have unfortunately taken this building for granted as I have grown up with it, finding in it my reverse Dorian Gray. Bearing the seasons ever more in its fragile state, I have seen nature reclaiming her ground as moss carpets the floors, and shafts of light mimic the workers lamps in the early morning.

The site is to be wholly transformed in the months to come, which to me is a mixed blessing; I love the building in its current state, a wonderfully chaotic mass seemingly oblivious to the world in which it inhabits, but at the same time, a structure can only withstand so much. As this place slowly left the world of man, its entrails began to enter the wonderful world of pure objects - chairs no longer chairs, as they ceased to be sat upon, kiln's giving off no more heat, becoming mere tunnels echoing only memories.

I am curious to see the BrickWorks' transformation in the years to come. Will it thrive as we saw with the distillery district, or will it be gutted and remain only a shadow of its past, like the Wychwood Stables? Whatever the future, I am certain that it has miles to go before it sleeps.

I have taken literally hundreds of snaps of the beauty over the last 6 or 7 years, but here are a few shots from my most recent sojourn (you may e-mail me if you want some older shots at jonathan [[at]] blogto [[dot]] com):