A block north of College and Shaw street, amidst a sleepy neighbourhood appointed with ample trees and schools sprawling northward, sits the ruins of Christ Church - St. James. Now nothing more than the hollowed husk and memory of an old church, it possesses a story so surprising and full of intrigue that it's only matched in tale by the mystery of its ghost like image. 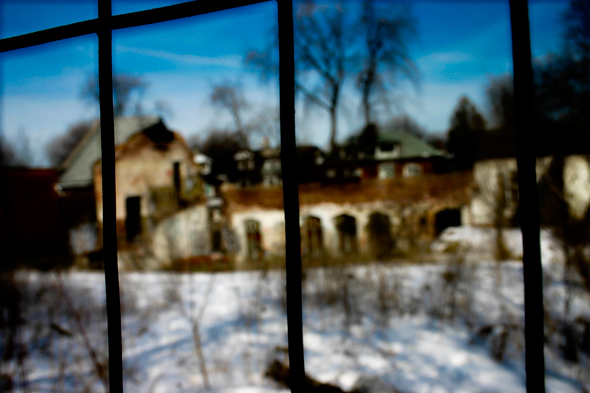 It was just over four years ago that my relationship with this building began. My friend Jeff Chapman was keen to give me directions to the place after I had seen it on his website.

Leaving early in the morning, I spent quite some time in the place which is perhaps best described as an oblong pit with the remains of adjacent walls as well as a charred remaining northern wall that gives it the semblance of once having been a church.

My most important discovery that day came upon climbing over the fence on my way out, and being greeted by the ruin's neighbour. He came over to help me with my tripod, and asked if I was there taking photos, and then if I was a student at UofT.

"Well, if that's the case, I've got quite a story for you", he said, upon my answering to the affirmative. Without leaving out too much detail, I will briefly describe the tale I heard on that auspicious day - I will admit that much of it may be regarded as hearsay, but the little probing I was able to carry out subsequently confirms many of the elements, and pulls together the story of the murder, the fire and the ruins of Christ Church - St. James.

A professor at the University of Toronto's famous Banting and Best institute (known for its groundbreaking diabetes research) also happened to be the treasurer for a small church in the western Annex. One day, upon arrival at work at the Medical Science department, co-workers found his offices stripped of recent breakthrough research, and the professor himself and his lab partner missing.

The latter was subsequently discovered in one of the facility's morgue drawers, and before this particular series of strange events was seen through, another tragedy struck the city: a series of (apparent) arson fires in a neighbourhood not far from the school.

One of these scorched the building at hand, number 460 Shaw Street, a small church which moved to its then current location in the 1950s. After quelling the fires, the congregation needed to complete the demolition, yet upon looking into the church funds, they too were discovered missing.

Surprisingly, the police were never able to solve any of these suspicious crimes, but years later, the body of the professor was found rotting in a car which had careened off of a road near the Scarborough Bluffs; the gentleman who told me this story added an interesting caveat, in that he himself worked near the scene of this final tragedy, and made the claim that it was impossible for the incident to have occurred 'naturally', he driving the same route on a daily basis for quite some years.

One cannot fabricate stories such as these; the reality of the human animal in the city, his tales and actions, are often stranger than fiction. This story sparked a somewhat dark enthusiasm in me to research it farther, however, my plans were truncated very quickly at UofT, where absolutely no one was willing to speak on the matter - over a decade after the events.

After so many years of dormancy, the site is finally slated for revision (as condos, no less), and I therefore urge you to go and visit this place, the dark stage to an urban tragedy - to bear witness to this entropic, black spot on our city's past. 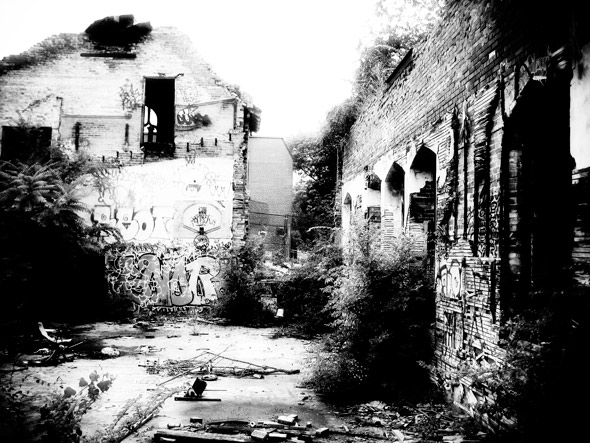 Here's a slideshow of some snaps I've taken over the years at this haunting place: