What do you reckon?

This week a pair of iconic Dundas Street West landmarks are getting a spring-cleaning.

Click through to see what two giants are receiving a bright new coat of paint in Roncesvalles. 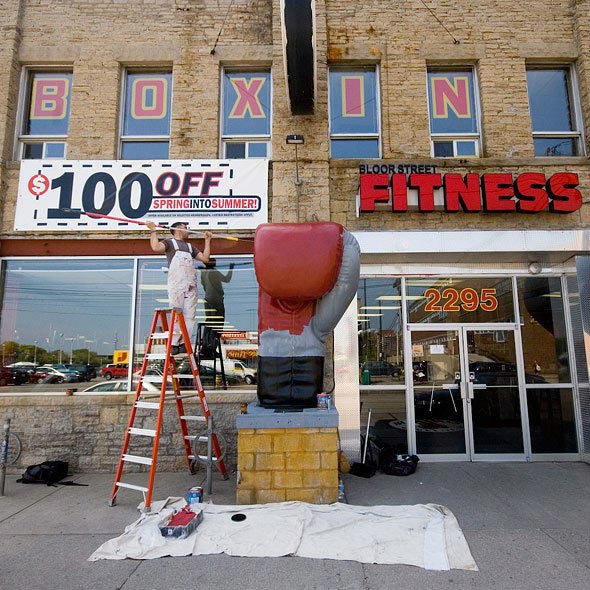 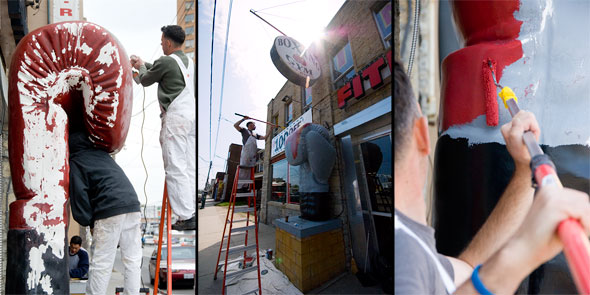 Painters from Fine Line Painting spent last week sanding and re-priming the gloves. If you were in the area this weekend you would have seen they stood a dull-grey as the primer was set, but work began yesterday to get them back to their glorified red. 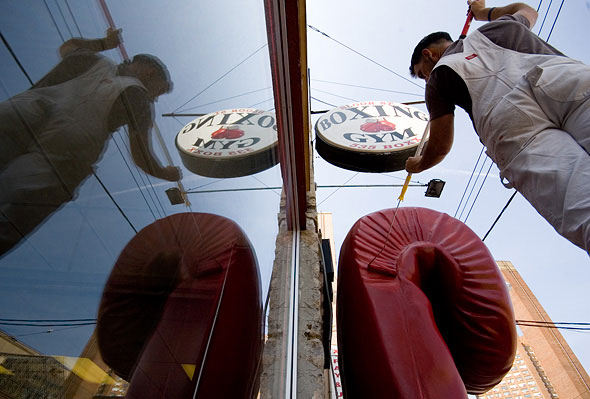 What else deserves a new coat of paint in the city? 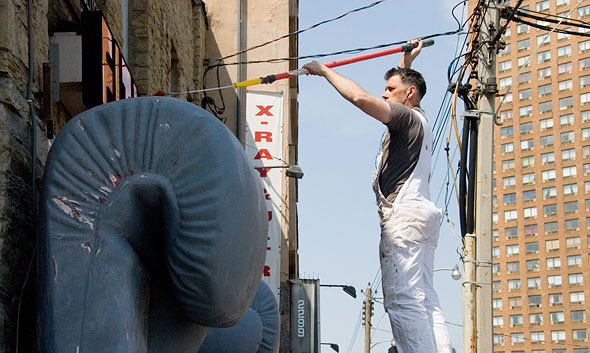 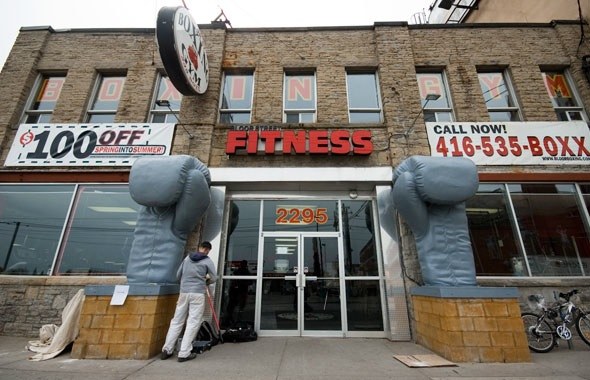 Why are all boxing gloves red anyway? Is it to hide the blood?

They have always reminded me of the two guardian sphinx from the Never Ending Story, and though I've never been inside Bloor Street Boxing & Fitness, I fear I would have to dive through the doors or risk getting shot by blue lasers.