It looks like Brampton will be the next city within the GTA to make up for budget woes by boosting taxes. Yesterday it was Mississauga making the headlines. And your Prime Minister doesn't see you as a worthwhile investment because you haven't yet demonstrated that you can cry tears of oil.

A company bidding for the contract to build the TTCs proposed LRT vehicles says that the TTC is willing to spend far more than the market price. I say +1 for this company for coming out and telling us rather than just quoting them high.

Are you ready for a carless future? Here are a few ideas courtesy of the one and only Mark McKay.

On a related note, the rising Canadian dollar could have a major impact of Toronto, because of our reliance on the car manufacturing sector.

Once again, a raccoon is responsible for a power outage that crippled a section of the downtown core yesterday. Shocking! 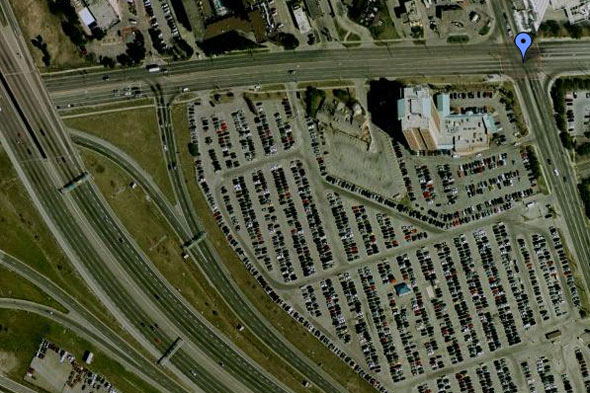 Recognize this part of the city? Post your answer in the comments, and check for the answer in Monday's blogTO Morning Brew.