Toronto got its smog report card, and scored a rather shameful C+ grade. The Toronto Environmental Alliance, the watchdog group that did the assessment is calling for a TTC fare freeze until 2010, amongst other recommendations.

Last night the kids were out in full candy-collecting force to celebrate Halloween. Dentists likely rejoiced, but one TTC driver, who ended up with glass shards in his eye after a pumpkin was thrown through the windshield of his bus, won't likely be smiling today.

CityNews reminds us that the tally of trouble intersections now equipped with police video cameras is up to 12. We're still waiting to learn if any of the cameras in the entertainment district will help in the investigation into the 40+ bullet shootout that went down the other night.

What do you do when a mansion with heritage status is on land wanted for a high-rise condominium development? You pick it up and move it out of the way!

The Toronto Raptors got off to a great start, beating the Philadelphia 76ers in their season opener. 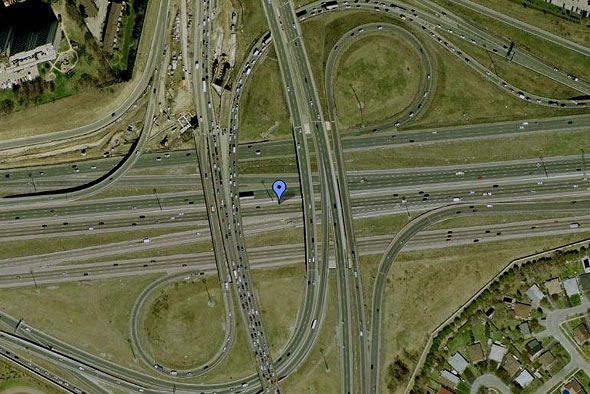