Lighting Up the Holidays

Yesterday night was the First Lighting Celebration for the Cavalcade of Lights at Nathan Phillips Square. Mayor David Miller lead the countdown as over 300,000 LED lights were turned on at City Hall, to the oohs and ahhs of the crowd on hand. Thousands of people jammed into the square to see the debut of this year's lights, skate on the freshly opened ice rink, consume a variety of delicious foods, and enjoy great musical acts from across the country. The event concluded with an amazing fireworks display. 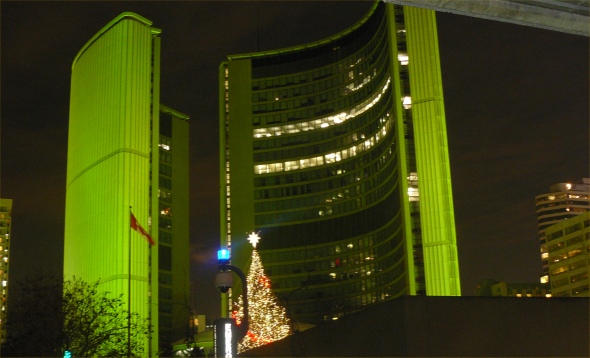 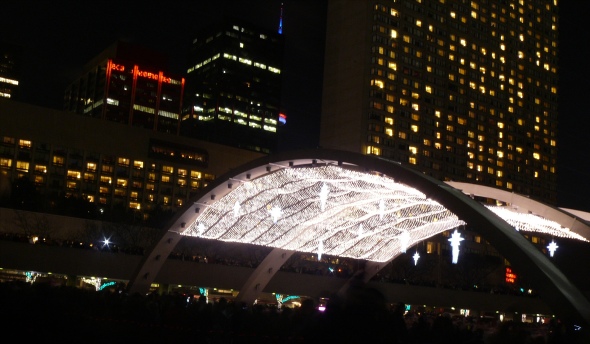 Music from 13-year-old jazz singer Nikki Yanofsky, the Imani Gospel Singers, Jully Black, Sarah Slean, Kim Stockwood, Murray McLauchlan, and Louise Pitre kept the crowd entertained - though it seemed like most people were there for the lights and the fireworks. And they were not disappointed. 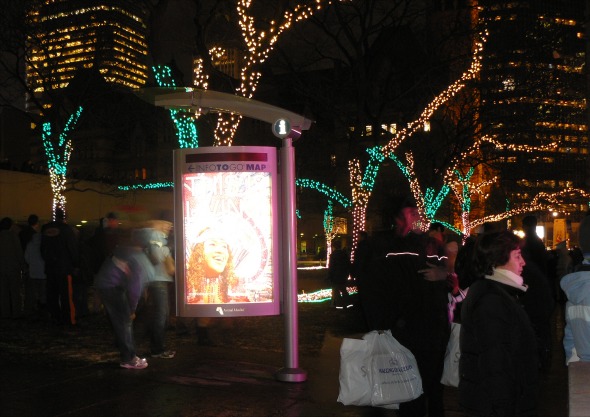 The square was absolutely packed, despite the frigid temperatures. Nearby Tim Hortons and Starbucks looked more like sardine cans than coffee shops and people tried to take refuge from the cold. Thankfully there were also vendors around the square selling everything from crepes to corn along with hot beverages. The hot dog vendors and chip trucks on Queen Street were doing brisk business as well. 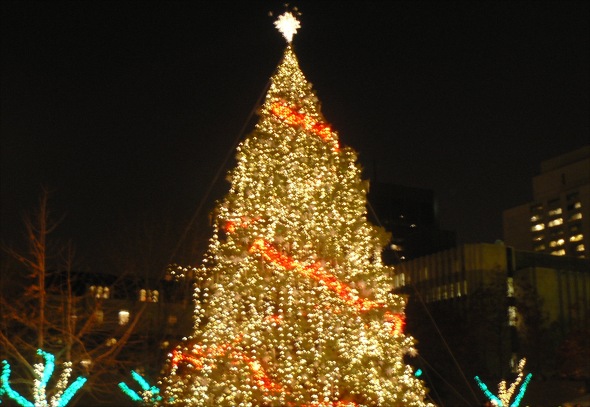 Unfortunately the battery in my camera died early on in the night. If anyone was at the event and has some images to share, please feel free to post them in the blogTO Flickr group for everyone to enjoy! 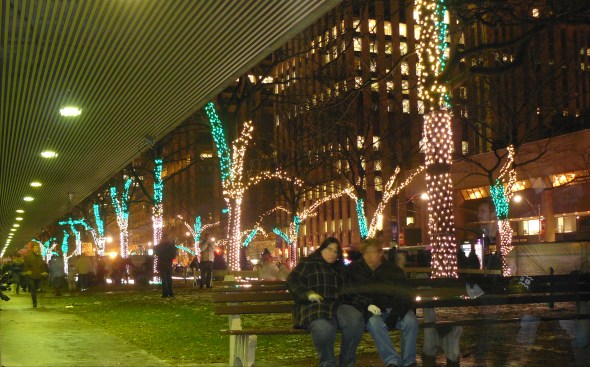 The Cavalcade of Lights continues at Nathan Phillips Square until December 15th and until the end of 2007 at 19 locations around the city.