Despite the heavily trafficked name-giving intersection of rail and roadways, Toronto's Junction district is often overlooked by many people... and I can't pretend I'm not one of them.

I'm from a neighbourhood that is even further northwest of downtown than the Junction, and I pass through it constantly but have spent extremely little time in the area.

My excursion Saturday at the Junction Arts Festival has made me think I might've been making a mistake.

Like I said, the Junction only ever really finds its way into my life as an on-the-way to something else, and this was no exception - headed from my home in the northwest to Harbourfront Centre, I decided to get off quickly at Keele & Dundas W because of a festival banner I'd noticed on an earlier bus ride home.

I expected to be in an underwhelming environment of overpriced food and uninteresting vendor booths, which is all a lot of "festivals" ever seem to bother pulling together. I had definitely underestimated this one, and it's left me thinking I've probably underestimated the neighbourhood as a whole.

There were at least a couple suspiciously underpriced 'designer' sunglasses tables, but there was so much more diversity beyond that. Most of the businesses down the strip from Keele to Quebec Ave had taken the opportunity to spill their storefronts out into the road, and I found a lot of places I would never have actually walked into showing off some pretty interesting stuff. 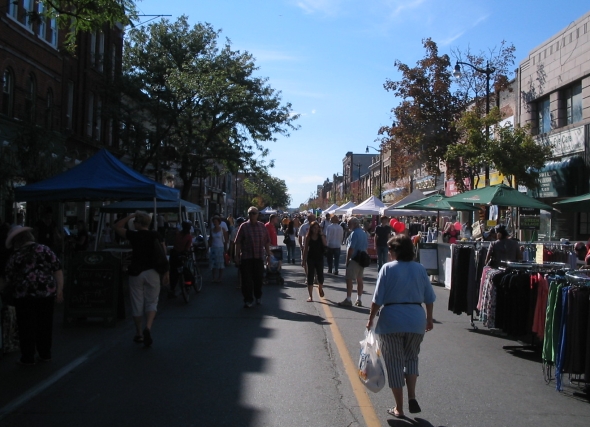 There was a wide variety of food available, pretty much all of which was going for better prices than the Harbourfront food fair I went to afterwards. There were a number of conscious and non-profit booths amongst the miscellaneous vendors, such as the fair trade offerings of Ten Thousand Villages and the Fair Trade Clothing Co-Op.

The best part was that genuine art was genuinely everywhere - I find when most BIAs decide to organize anything around art, the actual art part gets left too far to the side. This definitely wasn't the case here... in addition to local artists selling paintings, photographs, sculptures and so on, there was freely-given and (to me) much more appreciable stuff that made the street into a bit of a gallery in itself. 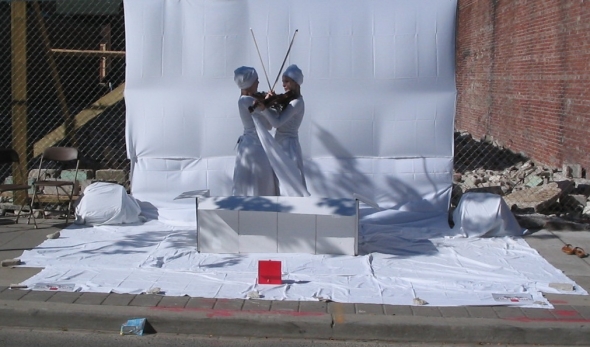 Areas of the street were marked off for some performers, such as the above two rotating violinists and a diner staff ballet. People also walked through the crowd appearing to be on their cell phone but conducting their conversations with operatic singing, synchronized through the phones.

The creativity put into the entire festival definitely carried over into the children's areas, really engaging kids with a variety of hands-on workshops and creation spaces. 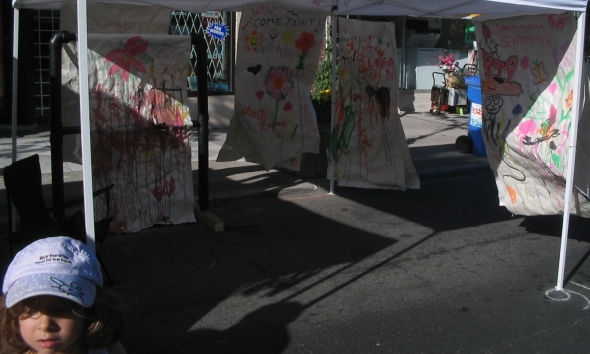 In addition to the integrated performance and visual art, galleries could be found all along the street in both established gallery and impromptu settings offered by various storefronts. 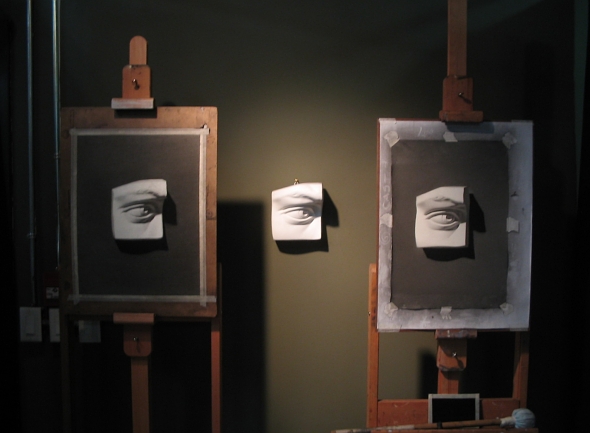 The above photo is from the Academy of Realist Art's casting and modeling room, where artists were actively working on trying to paint the objects in front of them while people milled about. The 'Realist' title also seemed to be a bit of a misnomer, as some of the most interesting and exciting works they had on display were certainly not reflections of any real world thing. 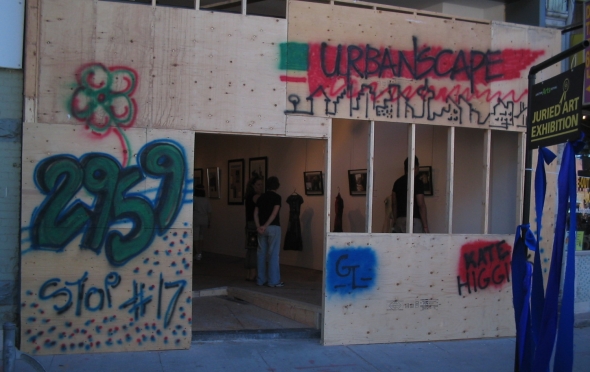 Juries judged winners in a number of exhibitions, and in the case of the Urbanscape gallery I definitely agreed with their choice of Maria Whiteman's piece which juxtaposed photographs of gnarled tree roots with abandoned and graffitied industrial architecture.

There is apparently a much greater artist community around the Junction than I was aware of and I think this festival did a very good, and frankly quite necessary, job of bringing that into public view.