Ok, so maybe I'm being too cynical. A couple of weeks ago we gave you the heads up that the CN Tower would soon be sporting a flashy new set of colourful lights, and last night the system was caught on camera during a test run.

Is lighting up our tourist-attracting skyline structure in neon colours tacky, and likely to draw criticism from city-dwellers, or is it a brilliant idea worthy of praise by pround Torontonians?

Like it or hate it? Or is indifference the flavour of the day?

Big thanks to Sean for capturing the sneak peek preview of the tower in its many colours. The LED system is set to debut in late June.

UPDATE: more stunning photographs from other Toronto photographers (with LuminaTO Pulse beams included) after the jump! 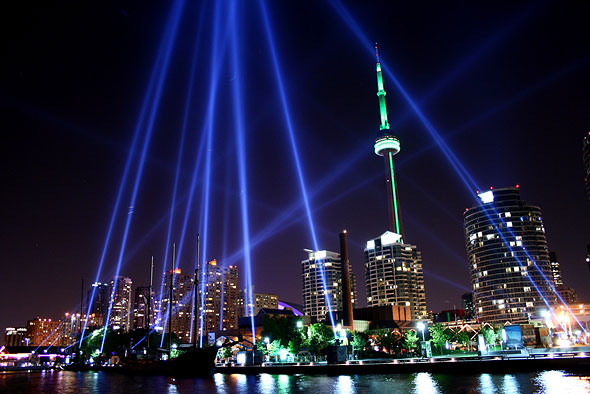 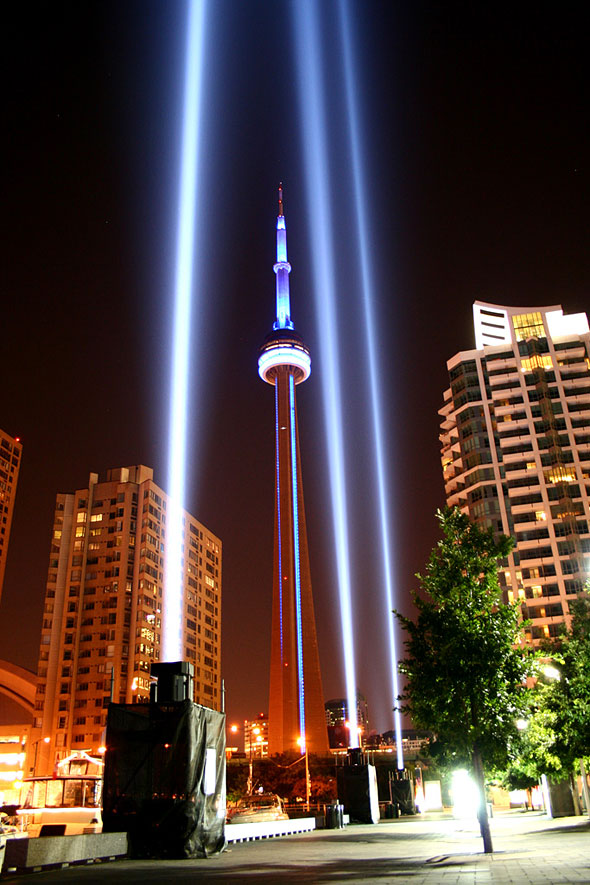