Someone appears to be sending a message the wrong way. Bullet holes were found in the two cars outside the Mississauga home of the eldest bomb-plot suspect in the high-profile terrorism case.

The next time you renew your driver's license or health card, you may first by obligated by law to complete an organ donor card (whether you choose to donate or not). In Ontario, one person dies every three days while waiting for a suitable organ.

An early morning fire at Spadina and Baldwin might slow your progress through the area.

Yesterday a man robbed two major banks on Yonge St within minutes of each other. He handed over a note that demanded cash from the tellers, and walked away with cash from both banks.

The City could learn a thing or two from the bank robber. Apparently the word "bankruptcy" is now being tossed around, and the city may end up there by next year if more money isn't secured.

Curbing cyber-bullying is the aim of newly proposed legislation. Don't be dissin' on the Facebook, or you could end up suspended from school, kids. 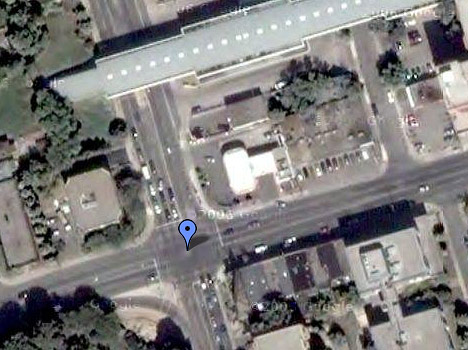