Rogers is scooping up a bunch of TV channels from CTVglobemedia, pending approval by the CRTC. And Soylent Green is people.

Barefoot season is slowly approaching, but these days it's too dangerous for kids to kick off the shoes. Several razor blades were found in the sand of an Oakville playground and it's not the first time the GTA has seen this kind of insanity.

The University of Toronto is selling off its stocks in tobacco - testament that efforts by concerned student organizations can actually bring results. Well done, E-BUTT (Education - Bringing Youth Tobacco Truths)!

A Toronto Star employee and antique computer collector purchased a laptop on EBay for $6.48 and found that it contained Canadian Alliance Party membership lists, and documents (including agendas, budgets, and contact info). I wonder if he crank-called any of Harper's buddies before turning in the data. I would have had a hard time resisting the temptation ;)

The Blue Jays crushed the KC Royals in their home opener at... ahem... Rogers center.

Hockey Night in Canada loses out to Hockey Afternoon in the USofA. Money talks.

Canada's Wonderland was number one amongst Canadian theme parks last year for attendance. It also wins the award for best $10 cardboard pizza slice. 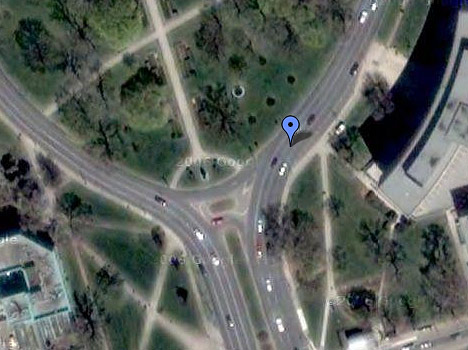