The Independent is a grab-and-go cafe in an office building right at Spadina and Adelaide, but with a vibe that makes you want to find your spot at the bar seating and stay there with a good book all day. Formerly Sense Appeal , the atmosphere here is a little less intense now and a little more community-run, with co-op aspirations.

The coffee shop is a boon to the workers in the building, owner Mustefa Jo'shen included. He runs design company Ci. Strategy+Design upstairs, and also heralds a literacy program called The Writing Project . He recognizes the need in this sometimes faceless downtown community for an independent coffee joint with real community values. 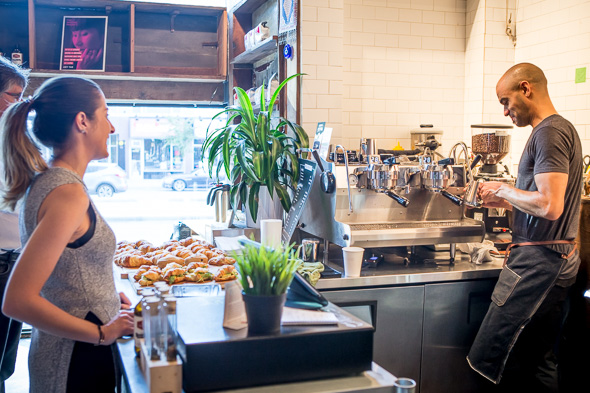 Though the high ceilings of the space give it a similar feel to what it had been as Sense Appeal, there's been some considerable tearing up and exposing of the historic, warm components of the building. Leave it to a design guy to uncover a place's potential. Exposed tile in one corner reads "Darling Building," apparently because this building was owned by one Robert Darling long ago. 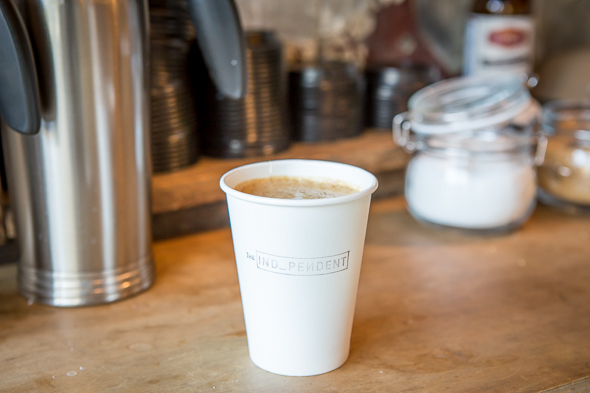 One thing remaining from Sense Appeal is barista Justin, who left the corporate world long ago to indulge in his love of cuisine and roasting. The blend we get is a fifty-fifty Guatemalan and Brazilian roast, and Justin uses the science of water temperature, the weight of the beans, and more to ensure the perfect cup. An espresso is $2.75, with no drink topping out over $5. 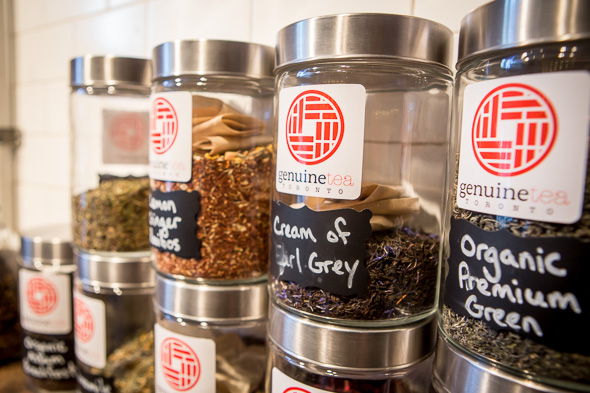 The Independent's loose leaf teas ($2.50 - $2.75) come from Genuine Tea , a local company, with blends like organic elderberry hibiscus and lemon ginger rooibos. Whereas most places will apparently use liquid chai, here they use Chaiwala . 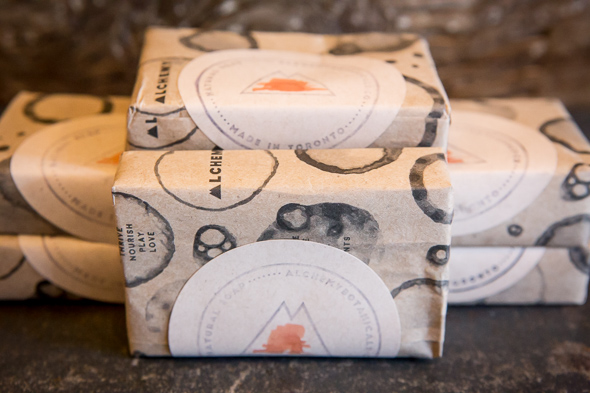 Along with books lining the walls, there are also rotating displays of inventions by independent creators, like this soap by Hannah Wei, based out of Toronto and San Francisco. The soaps are handmade, and feature coffee and tea related scents, which was cute in the shop. You also might just happen upon events like a Frank Ocean listening party here. 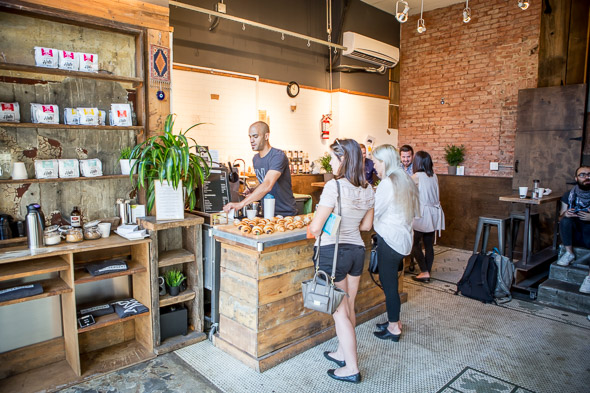 The Independent chose Hale coffee because they were recommended, local and independent and Jo'shen felt connected to the roasters' half Jordanian half Iraqi heritage, himself Iraqi. They have a coffee shop and full roastery where they're always experimenting with new blends. 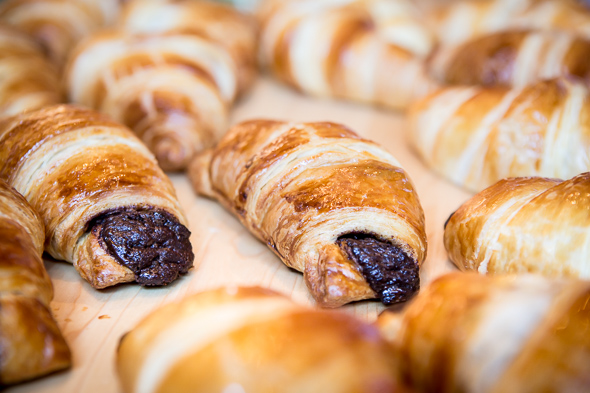 A simple aspect of the community support feel was making sure there was something for people to eat for breakfast. There used to be a full kitchen in this space, but that was knocked out for more seating, though they're always considering options. 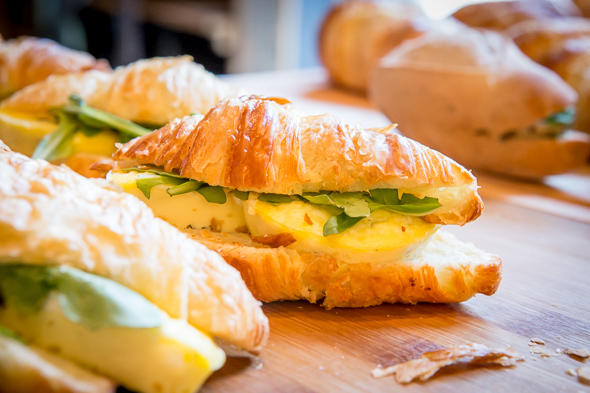 They now serve Delysees croissants, using some for breakfast sammies, along with vegan donuts from popular Glory Hole . 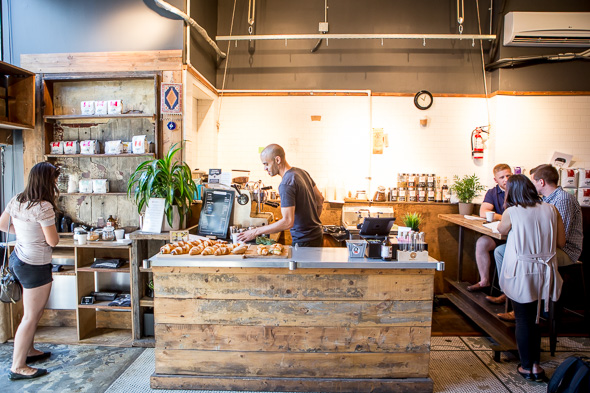 Ultimately The Independent is an experiment in what a coffee co-op can be, values of community ownership and support driving their motivations. 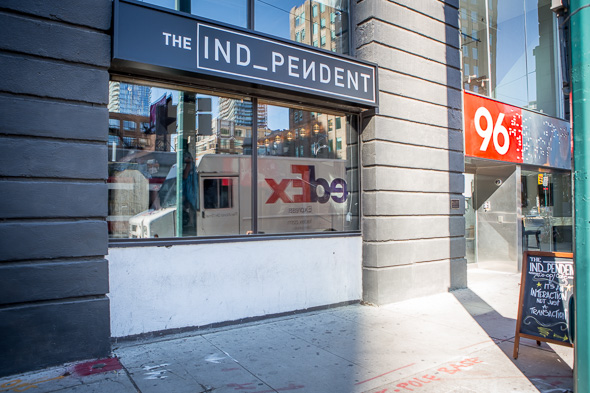