Sublime Cafe is part coffee shop, part vinyl store. And it is perhaps that combination that has allowed it to thrive in Kensington Market for the past six years. Oddly enough, the cafe is actually within doors of Sonic Boom , which, you would think, would challenge its record collection. As well, there are plenty of other coffee shops now sharing Kensington rent; much more than the few when Sublime first moved in. 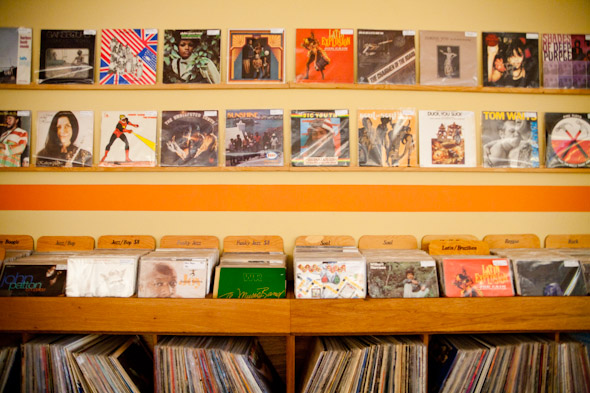 Yet the hybrid shop has managed to distinguish itself from the other options, perhaps because it presents each option in a uniquely laid-back way. Its vinyl, first off, isn't simply a miscellaneous mishmash. Rather, it has honed in on vintage blues and jazz, with records by Barry Miles, Pharoah Sanders, First Choice, and even Mr. T (labelled: "Buy this record. Don't be a fool"). The crates line the wall opposite bench seating, allowing customers to break from their lattes ($3.00/$4.00) to peruse the collection. 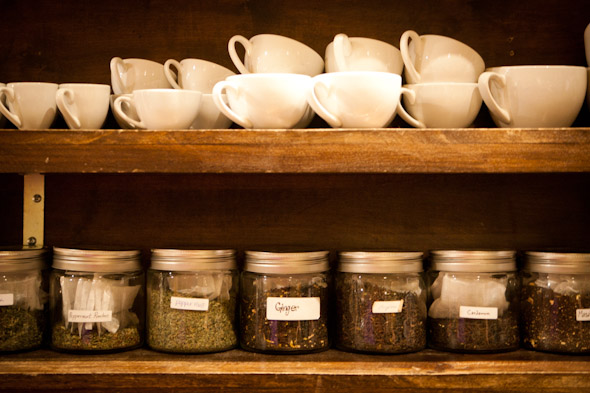 The coffee is consistent and smooth, offered a few classic ways using Rufino Super Bar beans. Manager Reza Shelly, who also happened to be part of the driving force behind Mr. Cream this past summer, tells me the initial idea started with coffee, but eventually evolved to include vinyl. 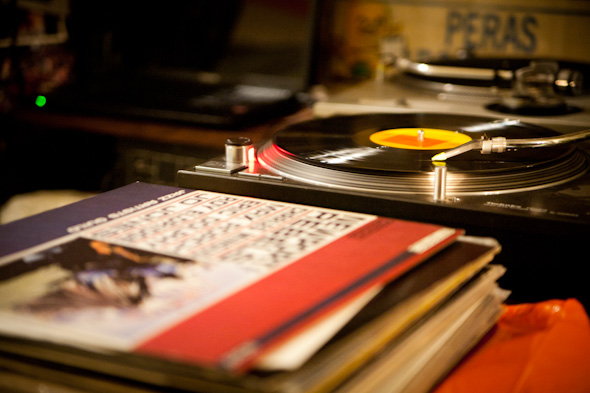 "All of our friends are record collectors," he says. "Basically, we were running out of room, so we thought it might be a good way to stand out by offering them here." 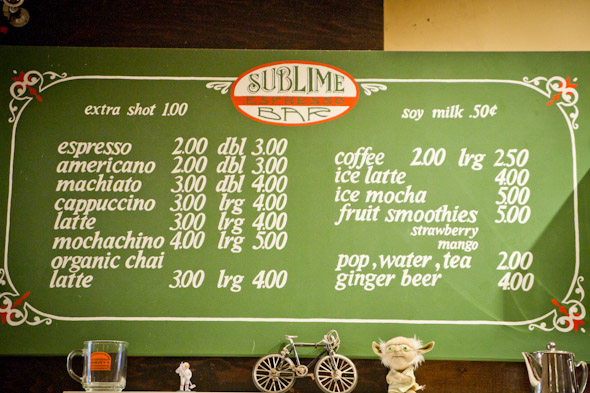 "We try to focus on soul, jazz; there's a little bit of psych and afro in there too."

The music in the crates (and also paying on the turntables hooked up to the cafe's sound system) reflect the type of live performances you'll catch there some Sundays. It's all part of the vibe, which, according to Reza, is that of an "analog cafe." 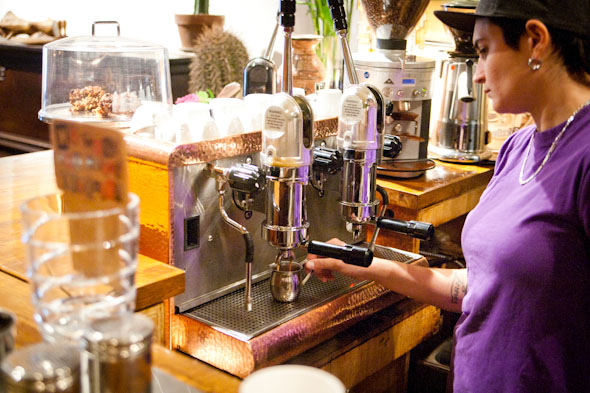 "We're not going to tell you not to bring your laptop," he says. "But there's no Wifi; nowhere to plug in. We want to get people to socialize." 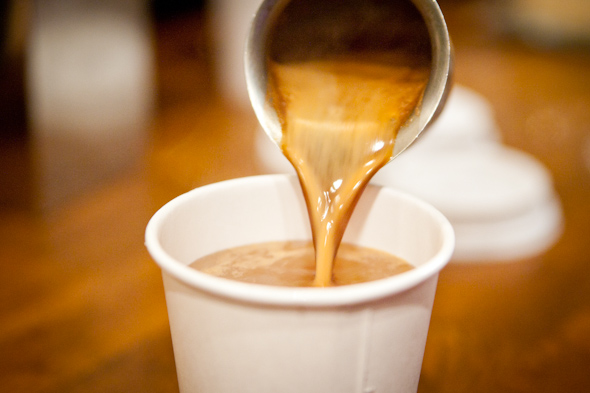 Reza certainly helps to get that going, as we continue to chat as he prepares me an Americano ($2.00). I challenge him about the cafe's name, and though he admits he was a fan of the band Sublime ("15 years ago," he says), the shop wasn't named for that reason. "It's more about all the different things the word means," he says. 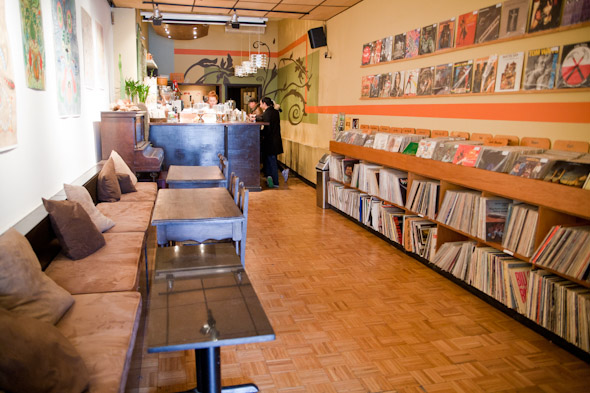 I leave it at that and take off with my drink, which is smooth and consistent as I often find Rufino coffee to be. Though my Americano does come off as a wee bit mild, I chalk it up to my unintentional, liberal organic milk pour, which was caused by distraction due to Mr. T album art. I guess I'm the fool who didn't buy the record, and poured too much milk in my coffee. 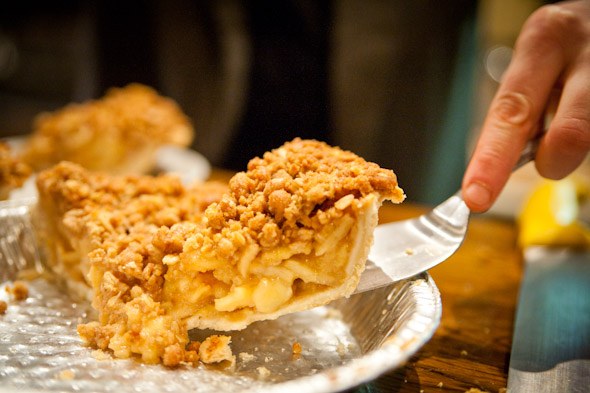 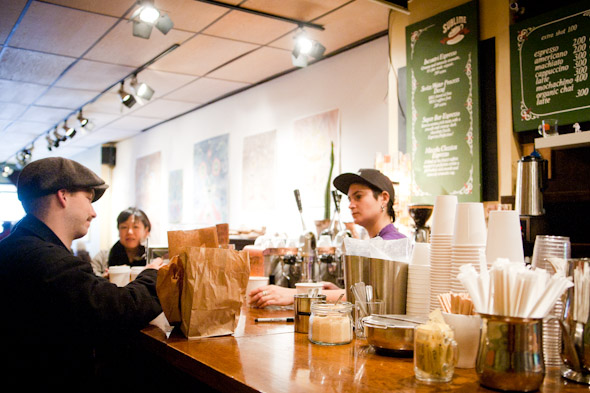 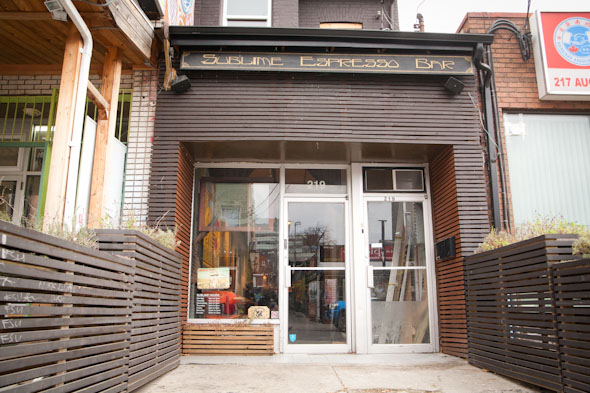