Hula Girl Espresso has opened a sister location to the original cafe - this time on Ossington just north of College. Occupying the space that was previously the short-lived United Coffee , it's received a few decor updates, including a wall illustration by local artist Denial and colourful salvaged marquee letters that light up and spell out "BUTTER COFFEE."

The small shop offers espresso-based drinks with shots pulled on a Nuova Simonelli machine, as well as three kinds of brewed coffee, with all its beans roasted by Rufino . 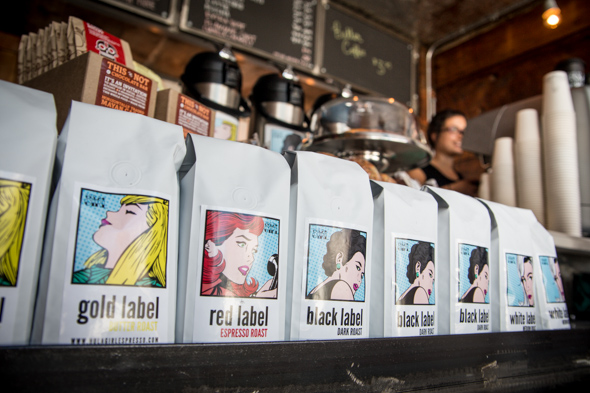 You can take home Â˝-lb bags of the specialty roasts (with the illos on the current packaging also by Denial) for $19, which also come with a coffee on the house. My only criticism would be that the roast dates do not seem to be marked on the bags. 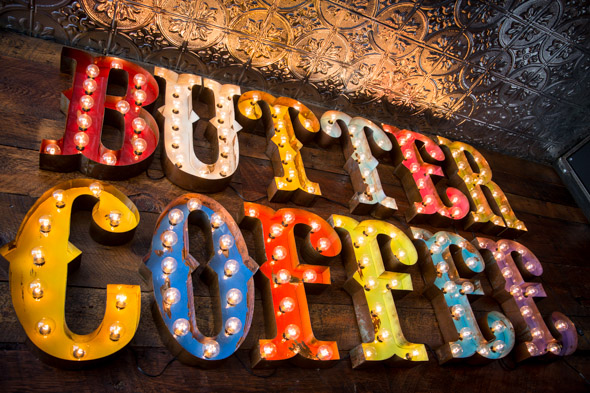 Like the original , there are baked goods that are now made in-house in the basement of the Junction Triangle location. Croissants ($2.25 plain, $3.25 fancy), cookies ($2.25), gluten-free Nutella brownies ($3) and the Hula Girl-invented "crowbars" ($3.50) - a chocolate bar baked into a croissant (I don't even want to think about how many calories one contains) - are just some of the eats available. 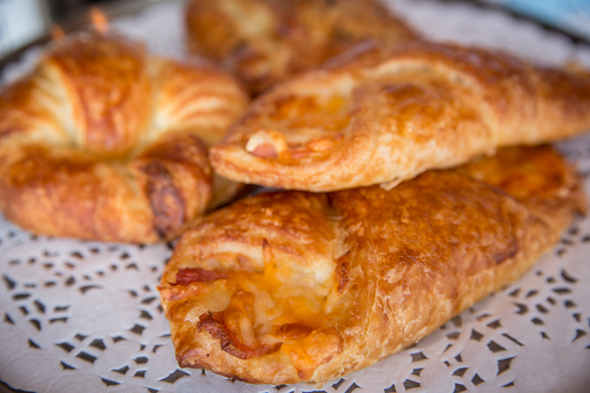 As for the aforementioned marquee beverage, I have to admit it was something I was super psyched to try, after having read so much hype about it . Hula Girl's version is a combo of its special "butter roast" coffee, grass-fed butter and coconut oil, but I was a bit disappointed to learn that it comes pre-brewed and blended, ready to serve from a coffee dispenser. 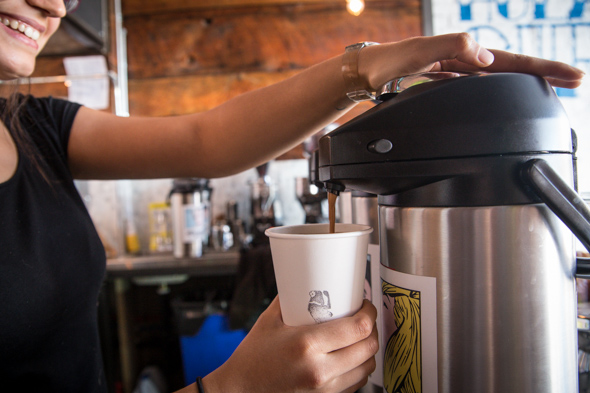 At $3.75 a pop (which is admittedly better than the jaw-dropping $6 they were charging for it at the CNE), I was hoping it would at least be blended to order. While the coffee was fairly good, I could mostly taste the coconut oil and not so much the butter. I also didn't really experience the supposed benefits of feeling more full and/or energetic than usual post-consumption. I guess heightened expectations lead to an inevitable sense of being underwhelmed by reality. 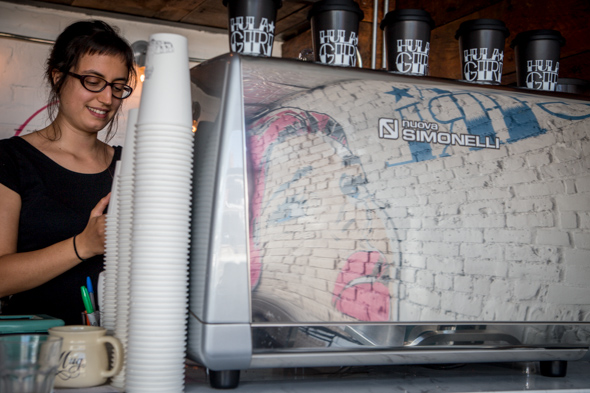 All in all, this is a convenient spot for a quick caffeine fix or snack, since it's right by stops for the Ossington bus and the College streetcar, but I think I'll stick to the butter-less beverages from now on. 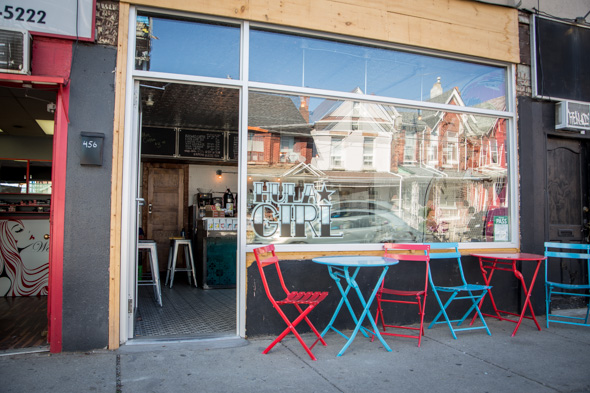