Haven Espresso Bar might just be the tiniest espresso bar in all of Toronto. Located on Brock just west of Bloor and Dufferin, Haven is certainly one of those places you have to go looking for. Sure, there's a little sandwich board outside and the word "espresso" in the window, but if you don't know Haven's there, you'll probably walk right past it. 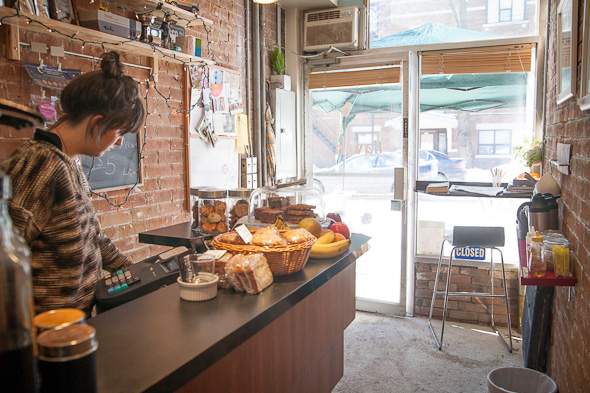 But despite its size, this space has actually had a flourishing series of occupancies. It was once a takeout counter, a cell phone shop, a hair salon, and most recently, a storage space; and all at a mere 117 square feet (plus a bathroom). Now it stands proudly with a little espresso machine, a couple of snacks, and a stool, offering the cafe concept at its most basic to Bloordale residents. 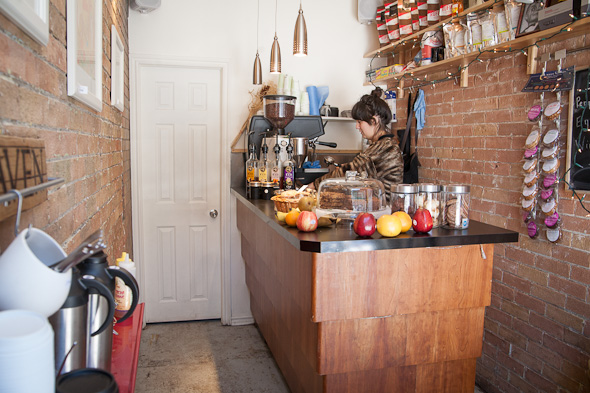 "I like to say that we're Toronto's littlest community centre," says barista Madison Brown. "We see a lot of regulars, mostly people in the area, and it has really become a community hub." A hub to just say 'hello' and move on, mind you — at least in the wintertime. In the summer, however, Haven opens up with plenty of seating on its patio, offering a space to kick back with an iced "Canadiano" or homemade lemonade. 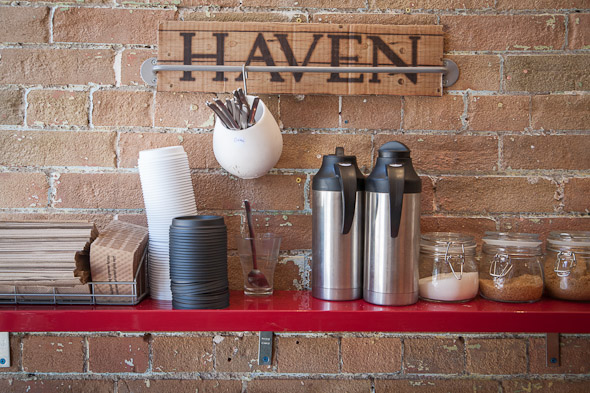 But this being January, such patio pleasures are still a few months off. Madison tells me that the owner, Jason Raabe, simply decided that this space would be well-suited to an espresso bar, and also plans to open a complementary brunch spot two doors over (to be dubbed, appropriately, "North Haven"). The cafe itself offers a standard list of drinks made with Rufino espresso, along with Tealish teas and the aforementioned homemade lemonade in the summer. 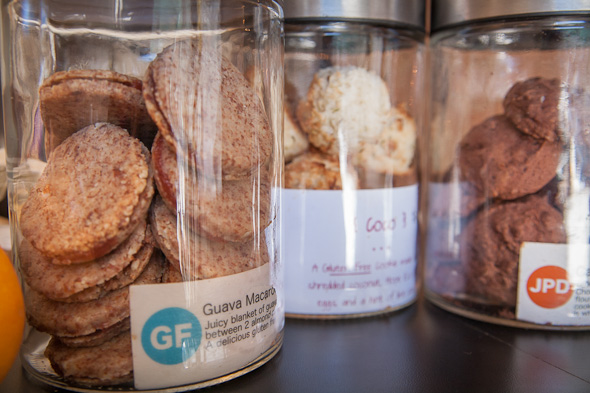 The snacks are a mix of citywide favourites and eats from bakers in the neighbourhood, including gluten-free and vegan sweets from Sweets from the Earth and cookies from Cookie Martinez .

Now, prior to arriving at Haven, I had heard that flavoured lattes were somewhat of a specialty, so I asked Madison about the syrups on the counter. "To be honest," she says, "I don't really like them, but some people just prefer flavours in their coffee." As a veteran barista, Madison sticks by her classic espressos ($2/$3), 'Canadiano' ($2/$3/$4), and lattes ($3/$4/$5) and she extracts me a drink — sans added flavour (my preference, anyway). 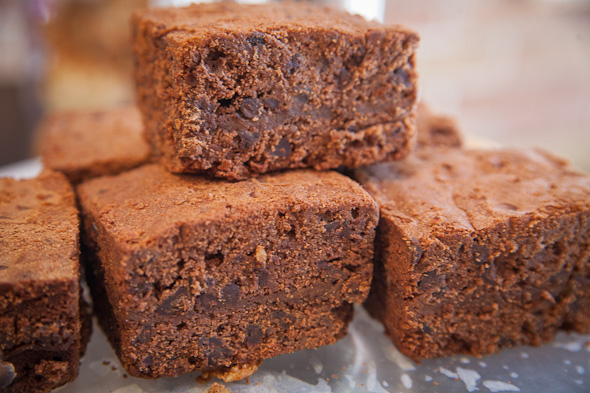 The flavour is mellow — almost fruity on the finish — with a rich dark colour and smooth consistency. I can see how it might work with a caramel shot of something similar, but I think one of Haven's milks — regular, soy, almond, or rice — would work much better. 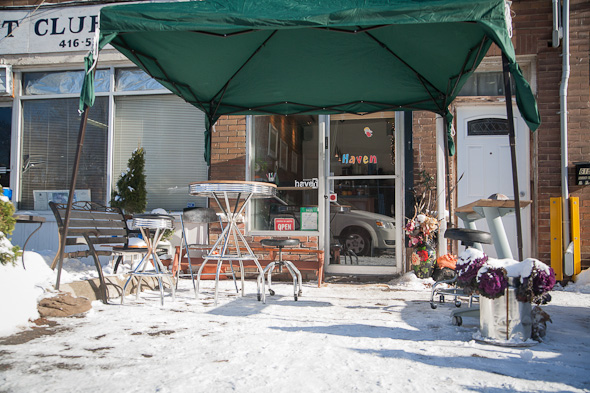 Needless to say, Haven is not a place to pull out your laptop, so WiFi is out of the question, but it is open daily (7a.m. to 5p.m. during the week, 8 a.m. to 5 p.m. on weekends) for a grab-and-go espresso (no drip) coffee fix. Claustrophobics be warned.