Fuel Plus is a cafe, health food store, takeout counter, and place to lock up your running gear. Yes, with free community lockers at the back of the shop, this new Village store has been designed with healthy living in mind. 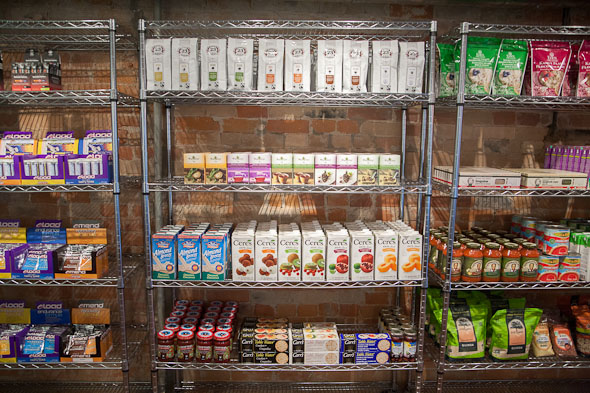 "It's really about accommodation, not deprivation," says Gary Taylor, who opened the shop with his partner, Chester Wong, about one week ago. Fuel Plus has many obviously health-conscious options, including protein shakes made with Vega powder, salads to go, and fruit and yogurt for snacks. But there are also cookies by the register, Coke in the fridge, and bags on chips on the grocery shelves. 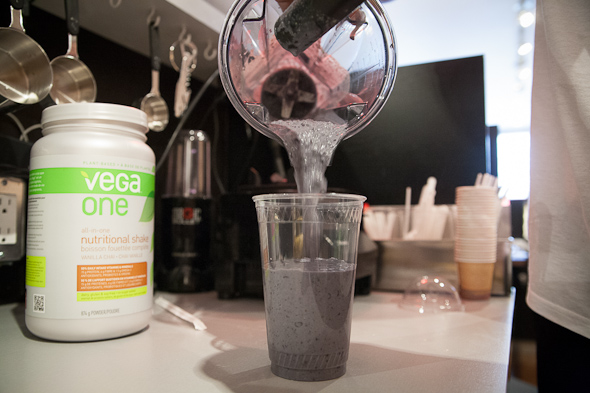 "I'm sure you'd think, 'What? A health food store that's selling Coke to drink?'" says Gary as he leads me to the back cooler. "But we actually get this Coke from Mexico, and it's made with natural cane sugar. We figure if you're going to drink Coke, you might as well drink this kind. So many people fall off of diets because of deprivation, so if you can still have some of the things you want, you'll ultimately be better off." 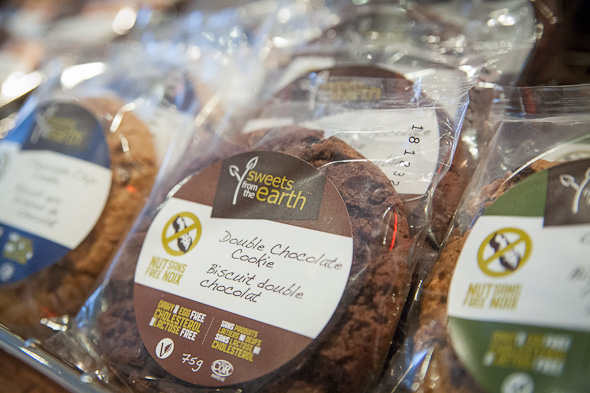 With that thinking in mind, Gary and Chester have tried to ensure that Fuel Plus offers healthier alternatives to some common indulgences. There are cookies, muffins, and other vegan and nut-free (and some gluten-free) baked goods from Sweets from the Earth , bags of organic chips by Family's Best , and even organic, preservative-free Guru energy drinks, along with the Kiju juice , organic milk, and yes, Coke in its fridge. But the best of the tweaked treats, in my opinion, is the house-made organic ginger ale by staff member Sasha, which actually tastes like real ginger, unlike all of the varieties you'll find in a can. And at $1.99, it's not a half bad price, either. 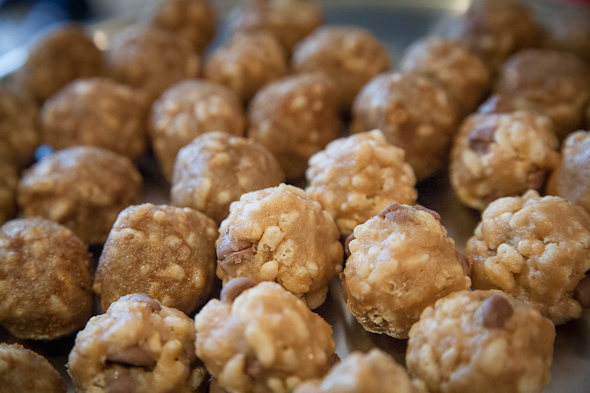 "The whole idea is to take the guilt out of food," says Chester as he breaks down the Fuel Plus concept. "When you take the guilt out of it, food and fuel becomes that much more clean." Chester tells me he was working with Apple (and Gary with Sephora ), when they decided to turn their personal passion into a community project. "We actually thought we would open in March, so we're sort of ahead of schedule. "But when this space became available, we knew we had to take it." 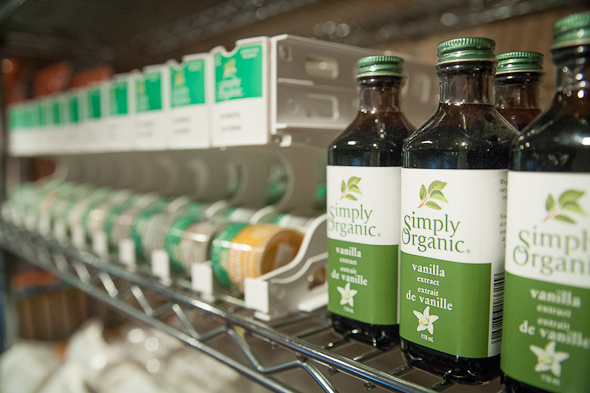 The accelerated opening means Fuel Plus still has a number of initiatives in the process of being rolled out. For one, there will be a screen at the back of the shop where community members can advertise fundraising initiatives and other neighbourhood events for free. The shop is also working on a greater collection of grab-and-go items, some of which will include fruit and oatmeal in the mornings, quinoa salads, and healthy wraps and sandwiches. 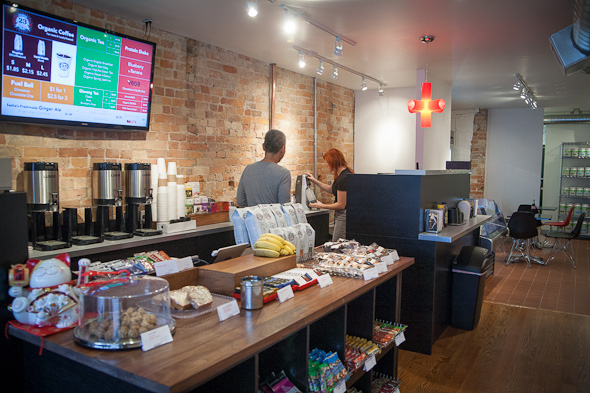 For now, coffee is certainly in full brew, with 23 Degrees organic coffee available just in drip ($1.85/$2.14/$2.45), plus protein shakes made either with almond milk ($5.39) or organic 2% ($5.99), and hemp heart seed ($6.40) instead of powder. Chester and Gary have also talked about opening late on weekends to offer healthy alternatives to the street meat and pizza surplus in the Village, though that won't come until sometime in 2013. Either way, the back lockers are equally conducive to late-night dancing shoes as they are to early-morning runners. 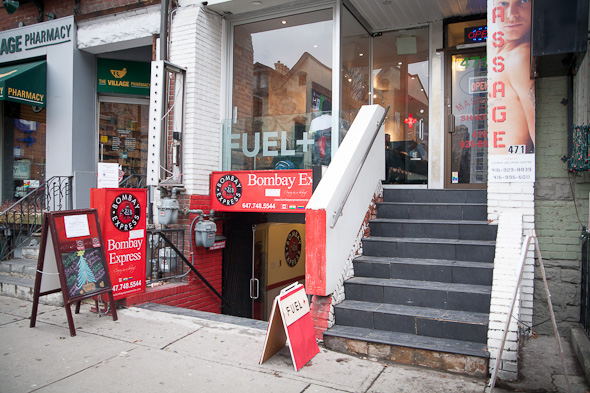