Castle Board Game Cafe at College and Spadina is the latest manifestation of the social gaming trend taking hold in the city at places like Snakes and Lattes and Parkdale's Go Lounge .

It just opened a couple of days ago, and it was totally poppin' when I went in for a visit on a Wednesday afternoon. A couple sitting next to me giggles while ferociously trying to sink one another's battleships.

Two 20-year-old dudes sit in the sunny front window and nerd out. There are three or four other tables occupied as well, all with people playing games. 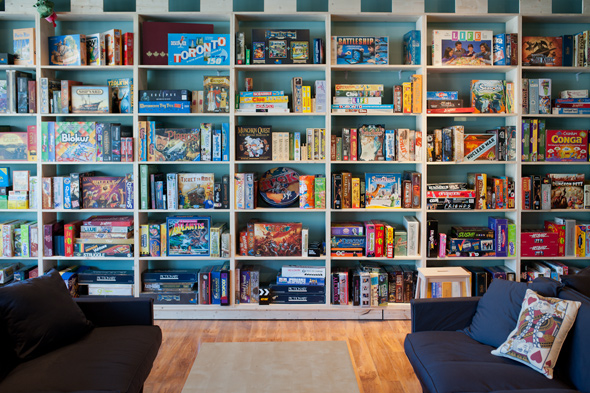 Patrons can choose to utilize The Castle as either a café or a spot to play games with friends. It's $2.50 an hour to come in and play, but the charge is waived if you just want to sit and work on your laptop.

The games themselves line an entire wall of the space, and they inspire a preposterous amount of nostalgia. They've got all the classics: Candyland, Yahtzee, Scrabble, Pictionary, Operation.

There are also some sweet child-friendly games for those of us who are stuck babysitting (or, you know, have actual children). 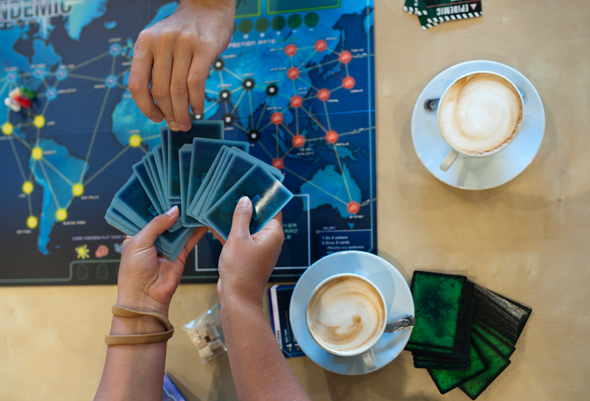 There are treats up for grabs in here too, of course. Bowls of bright rainbow candy line the back counter. There are Belgian waffles with a choice of toppings ($4.50), smoothies ($3.99), and slices of pie ($5).

I sample a Skor bar ($3.50), but it tastes like it came from a freezer and then a cardboard box full of cousins that look exactly like it. My fork practically breaks in half as I try to stab it. It's not worth the money — or the calories, for that matter. 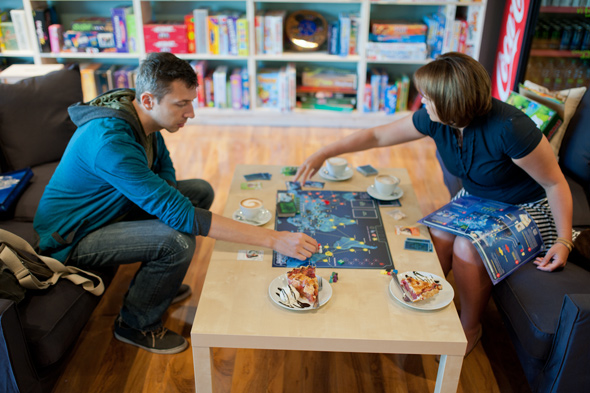 Drinks include your usual coffee-based options made with Dark City Roast coffee beans. An espresso (made with a La Marzocco machine) will only cost you $2, and the same goes for their Americano.

They do iced drinks, too, and my iced coffee is yummy and refreshing, if a bit watered down.They also sell old school glass bottles of Coke, and Monster energy drinks for the hardcore gamer. 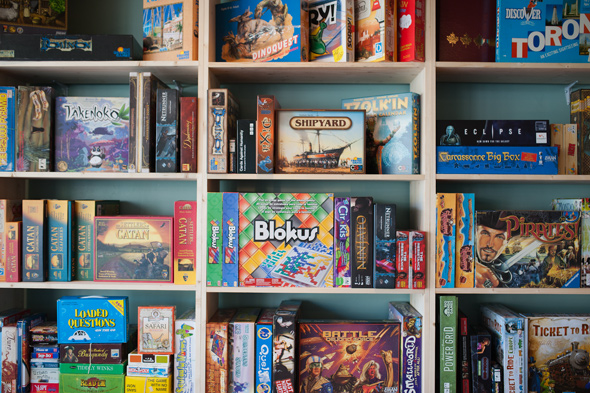 The staff are really friendly but in a quiet, relaxing way. They're not pushy, but they're really helpful and seem to want people to have a genuinely good time. 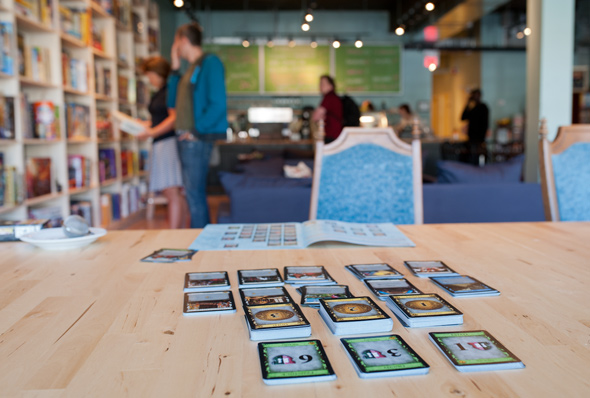 My one complaint (aside from not meeting a bearded dude who kills it at Scrabble and falling madly in love) is that the snack selection leaves a lot to be desired.

The only sandwich option was ham and cheese. It would probably be a good plan to have a bit more selection, since people are generally coming in to spend a fair bit of time.

The super sweet woman behind the counter tells me this will soon be rectified, though, and that they're just in the planning stages of the menu. 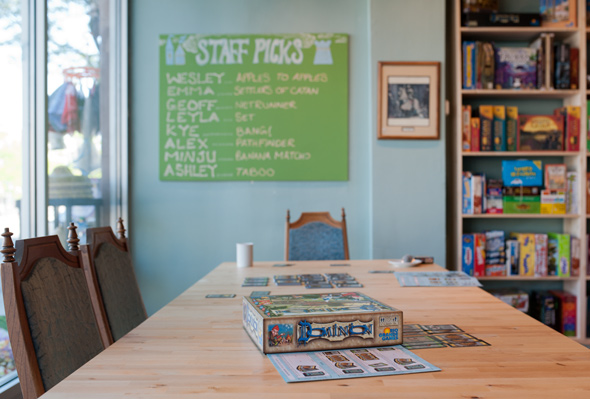 At the end of the day, come here for the games, not the food. This place is a definite win for the nerds of the world who want to skip class at U of T in the name of something better to do. If only they had booze... 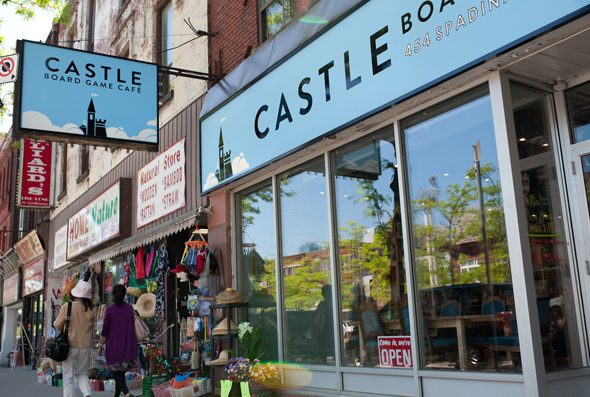