The Comic Pile is a newer addition to the Kensington Market family. Opening at the beginning of August, this small and quaint ground-level store just south of College Street on Augusta Avenue serves to be another potential hot-spot for comic fans and tabletop gaming enthusiasts.

Johnny Marr's album The Messenger was playing on an Electrohouse radio and turntable as I entered. The first thing that struck me was the space. Considerably deep, the bowels of the Comic Pile were lined with shelves and clothing racks, but had very few displays across its floors. The other thing that caught my eye was that the back of the store was still under construction, with lines of unfinished tables covering the ground behind a wall of merchandise. 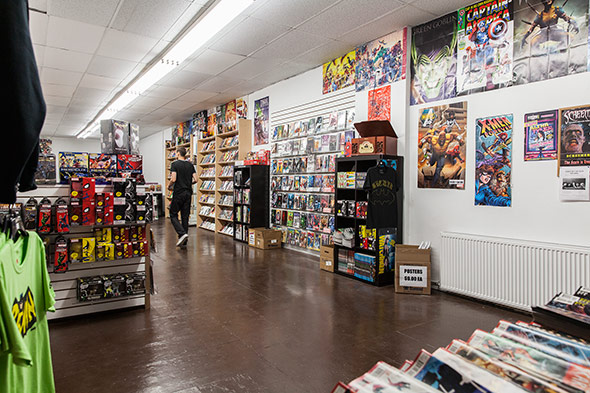 This should not be a surprise for anyone planning to visit in the immediate future. The first few months of a comic store's birth are often cluttered, awkward times before the cocoon forms and the store emerges again as a magnificent, four-colour butterfly. Storeowner Dale Bryans isn't so much concerned about appearances. His focus is on the future of the Pile. 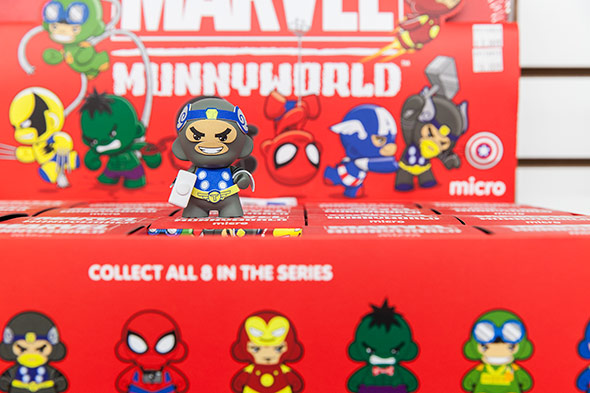 "This space is going to be used for table-top gaming. One wall will feature board games and figures," he explained, showing the careful arrangement of tables-to-be at the back. "The plan is to hold tournaments and casual games here on a regular basis. Magic the Gathering, the Star Wars tabletop, that sort of thing. 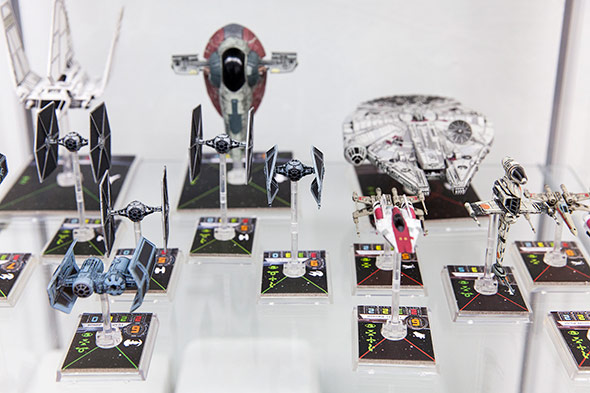 "Otherwise, we will have some back issues coming in. Honestly, though, I find trades sell better, especially since Marvel and DC rebooted all their comic titles back to Issue One. More people are scrambling for collected editions, rather than searching around for stray issues." 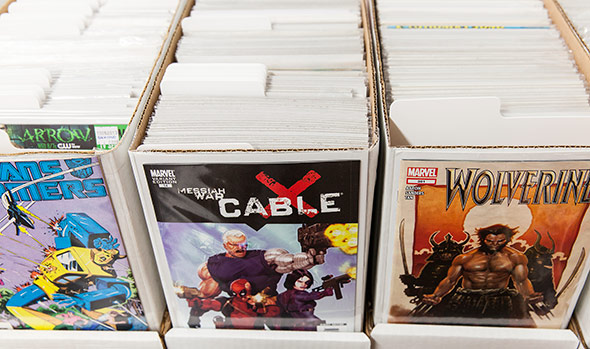 Certainly, one can find an excess of trade paperbacks at The Comic Pile. However, it wouldn't be a comic store in the twenty-first century without other kinds of items on sale. The front counter boasts figurines and vinyl Kidrobot statues, but also Game of Thrones drinking glasses, stylized bottle openers, and iPhone plush toys. One glass case by the register holds custom-made bowties designed by the owner's sister, ' Namouri .' More custom items are on their way. 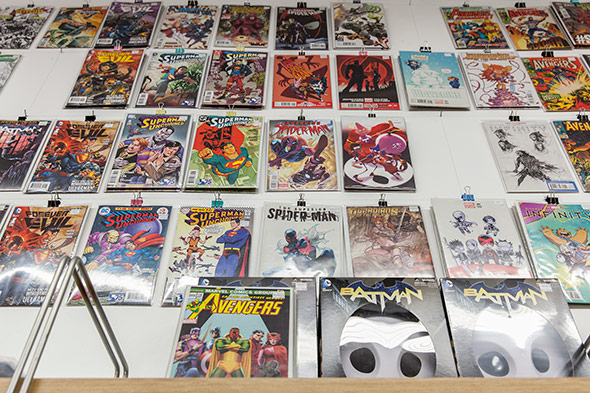 According to Bryans, the real draw to the Comic Pile will be its aforementioned gaming room and the community he hopes to build and nurture with it. "There are lots of great game-and-comic stores in Toronto. Really, we just hope to be the next one." 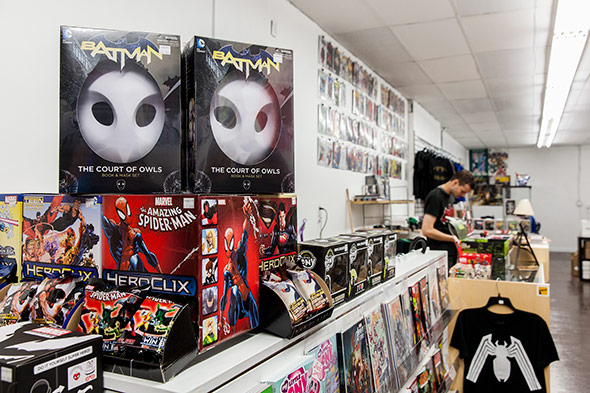 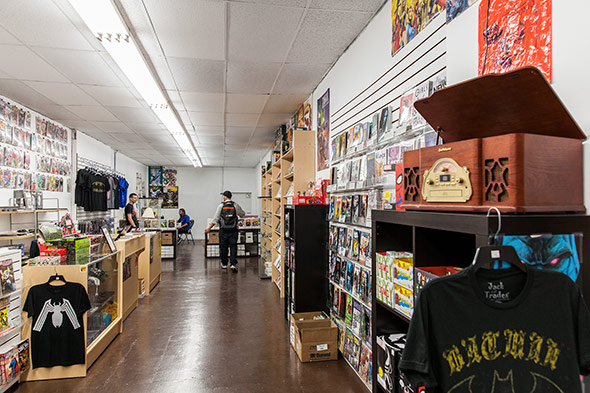 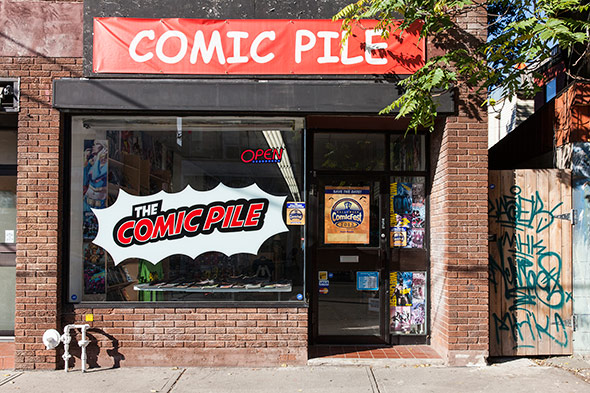 The Comic Pile is located at 254 Augusta Avenue, and is open from 11:00 AM onward everyday. For more information, visit The Comic Pile's official website and Facebook page .