Word On The Street Toronto 2010

Word On The Street warms my heart. Every year, same feeling. Books. Magazines. Bespectacled authors. Readings. Giant city park (Queen's Park.) And as a contributor to various Toronto-based publications, I'm always dumbfounded by the sheer mass of people who turn out for Word on the Street on the last weekend of September. I mean, us bookish types aren't big fans of the daylight or large groupings of strangers. But then again, Yann Martel was signing Life of Pi. Oh goody.

But seriously, an entire, blossoming festival for "celebrating reading and advocating literacy" just warms the ol' ticker. And no exceptions for this year's 21st annual edition.

With a string of tents circling Queen's Park, it was easy to get a wide swath of the literary world. From the big-boy publishers (Penguin and Random House) to micro niche publishers (Buddhist Fiction) to Toronto-based magazines (Spacing, This magazine, and Toronto Life) to $20-for-three-books deal tents. There was a tent - including street meat venues and the Toronto Public Library Bookmobile - for all literary types, indeed. 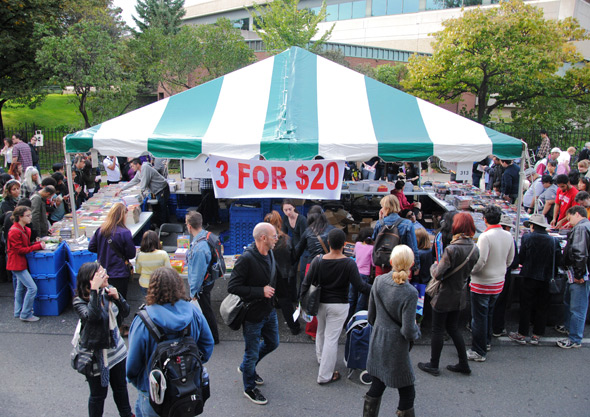 Then you had the big-time tents and stages. And there were some big names and standouts this year. Mayor David Miller read from his new non-memoir Witness to a City on the Scotiabank Giller Prize stage. As did the Booker Man Prize-winning Canadian literary giant, Yann Martel. A new additional stage, Digital Drive, talked about all things e-books, e-publishing and e-related. Mini seminars were going down in the Canadian Magazines Tent, with highlights from The Walrus' Jared Bland and the print to online jump with Toronto Life's Matthew Fox. And the Penguin stage had the wicked-popular blog-turned-book (a popular publishing trend, hell, even a Twitter account got a book deal - Shit My Dad Says) The Book of Awesome from which author Neil Pasricha read. That book is even a coveted Heather's Pick.

All in all, another weather-friendly weekend festival for all walks of life. Even though I was milling around hunting for Margaret Atwood's curly locks for most of it. 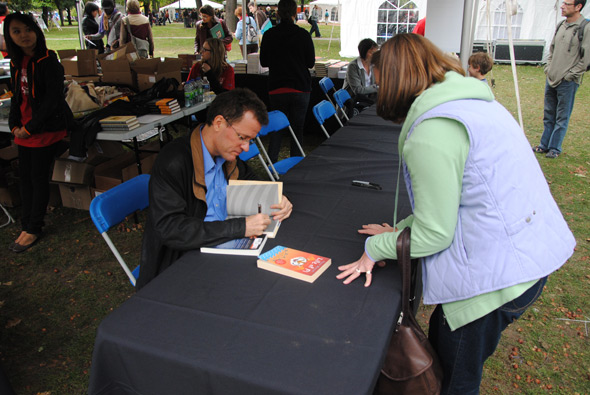 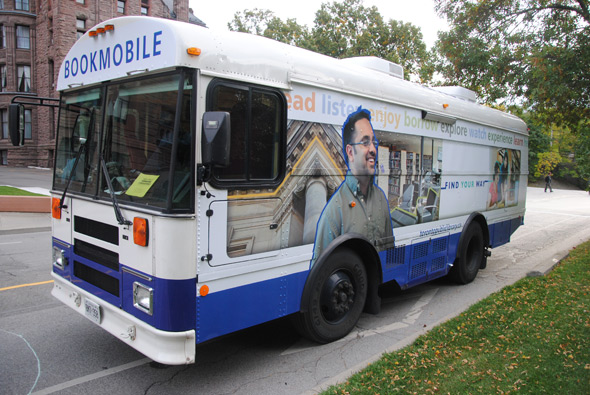 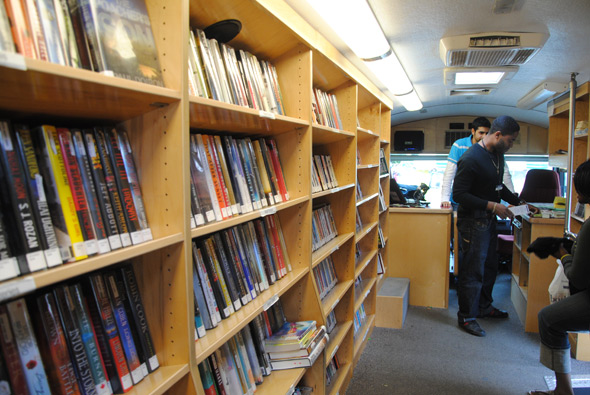 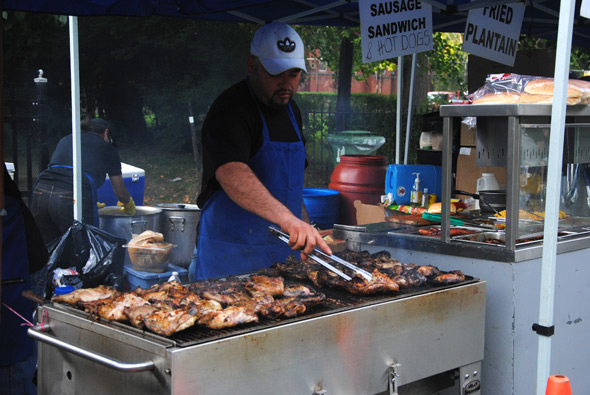 One of the many vendors feeding festival goers. 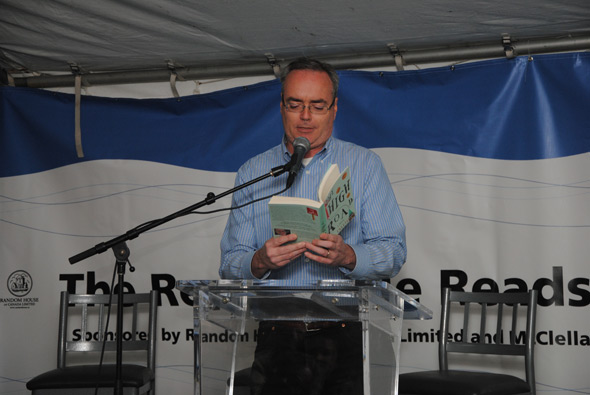 Terry Fallis reading from his new book The High Road. 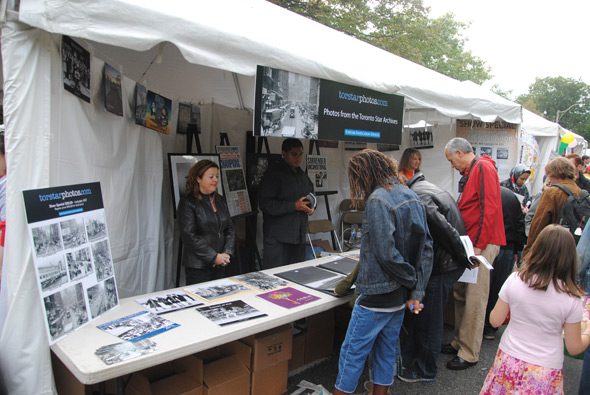 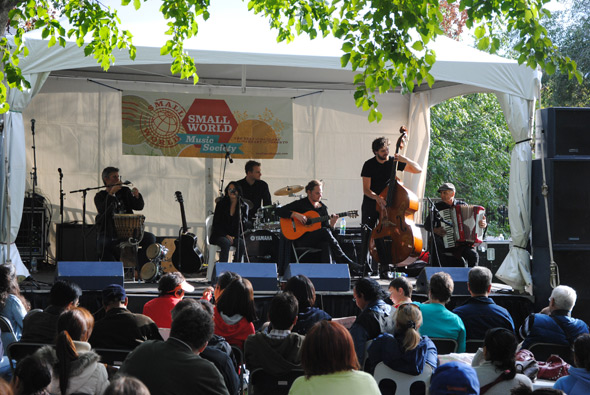 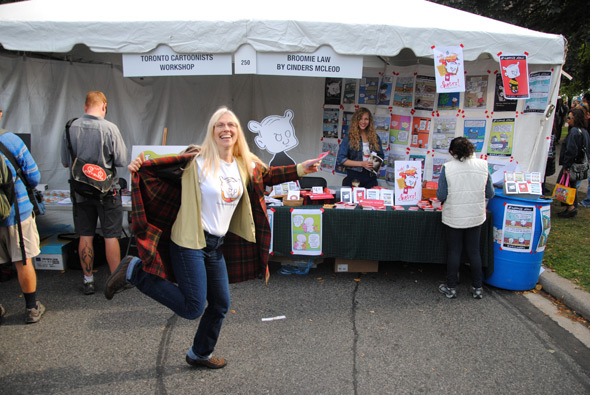 Cinders McLeod, creator of Broomie Law, poses outside her booth.