Dandyhorse, a new magazine devoted to Toronto on two wheels, kicked off last Thursday with a launch party at Cinecycle.

The magazine itself is 48 pages long in all its full-colour splendour, printed on Cascades Roland Enviro100, which uses 100 percent post consumer waste, is chlorine free and produced with biogas energy.

The party was a lively one. I've never seen the place so packed. Cheerleaders, dubbed Critical Sass (pictured below) that helped keep spirits up as the beer ran out early. 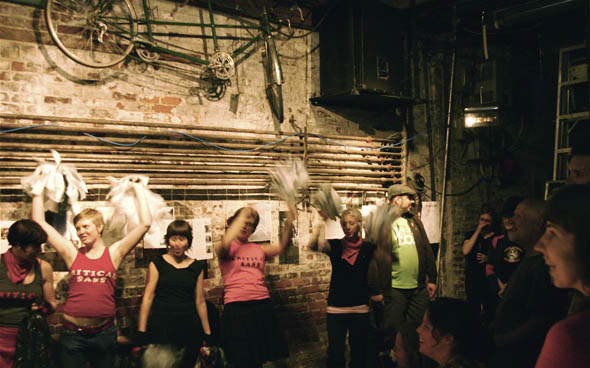 More beer was on its way, we were promised. By 9:30 p.m. several cases of Amsterdam and Kawartha Lakes' Raspberry Wheat and Cream Ale were fetched by (what else?) a couple of bikes with carriers. 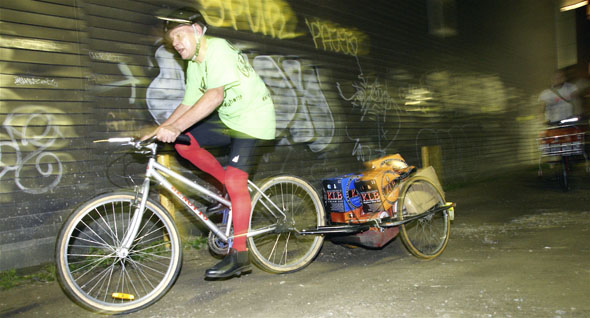 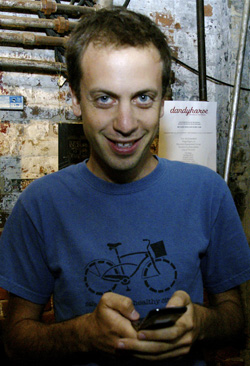 There was cake and discussion and a short speech or two by founding publisher Dave Meslin (pictured right) and Editor-in-Chief Tammy Thorne.

One of the best ideas for a magazine launch was implemented at this party.

Instead of giving out magazines at the door upon entry and having us all squint at the pages under dim lights, they enlarged each page of the magazine and displayed the content on the walls around the venue for us to observe and discuss. Brilliant.

I'd like to see Spacing magazine adopt this idea for the launch of their summer-fall 2008 issue next week.

Subtle touches like the B-I-K-E dice hung on the wires that suspended the pages were certainly a nice touch.

If you missed the launch and want to check out what the magazine is all about, you can pick up your free copy at over 50 bike stores around Toronto. If you ride a bike in Toronto, you'll be glad you did.

There's lots of interesting content, including the article "A Cyclical History," which chronicles Toronto's bike history.

For instance, did you know that as far back as 1896, bicycle theft was a major concern? "Organized gangs are said to be stealing bikes, disassembling them and shipping them to U.S. cities for re-sale."

It seems like the likes of Igor have been operating in this city for over 100 years. 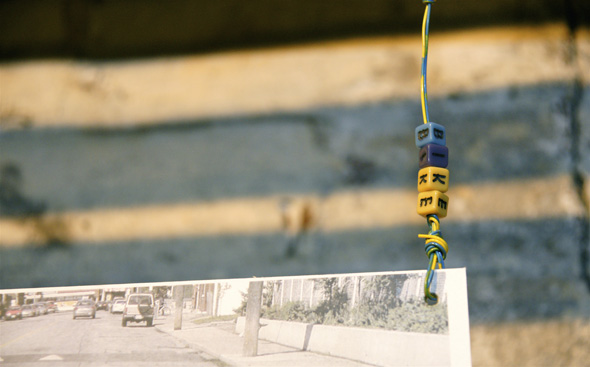