Sound Xchange is one of the weirdest clubs that I've been to in a long time. I'm not sure if that's a good thing or not, but if I have one creed, it's that there's at the very least nothing wrong with being weird. 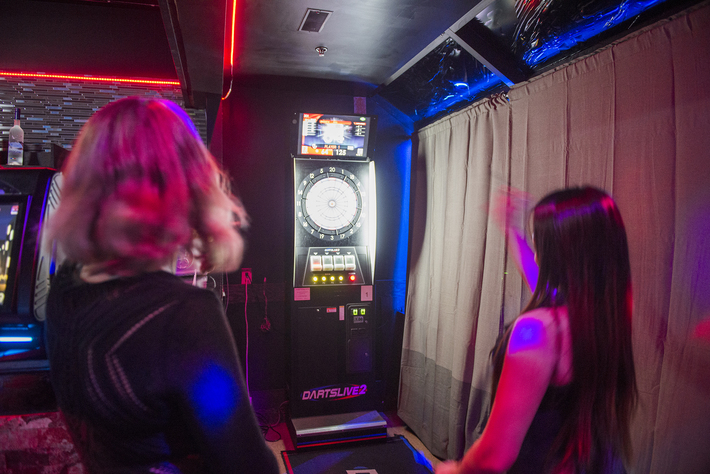 Situated in Chinatown right at the colourful corner of Huron and Spadina, Sound Xchange doesn't even necessarily stand out in its second floor location amongst the neon. 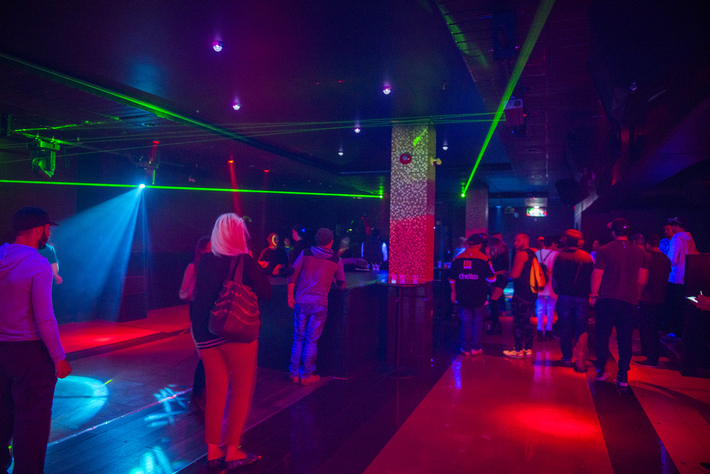 What does stand out about it is the late night crowd, and the deep house music pumping from a high-calibre sound system that spreads throbbing beats throughout the entire area.

It's not the largest, but it's certainly not small, and big enough to have a good rager. The club is big enough to hold 260 people at once. Just don't show up on the wrong night, they're only open weekends. 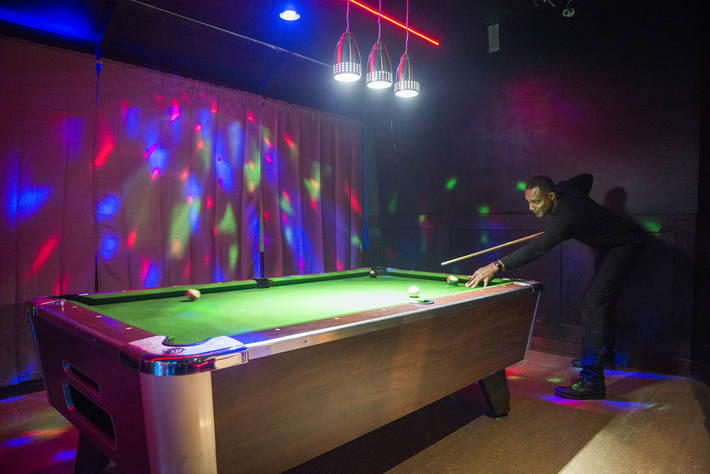 There are a few games available to play in one corner of the bar near the front entrance (complete with a hopefully more reassuring than scary metal detector...they do also have coat check), like digital darts and a pool table. The darts are a dollar per play and a game at the pool table costs $3. 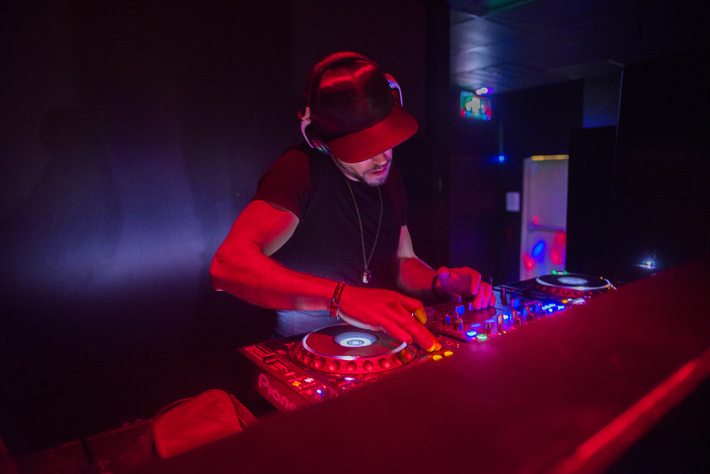 The dance floor is relatively scant when it comes to any sort of visual appeal, and the whole room is basically a black box. Fortunately there's some dynamic lighting that isn't so far off from a middle school formal, but is definitely above house party level. There's a giant table in the middle of the dance floor, which seems counterintuitive but is actually sort of useful. 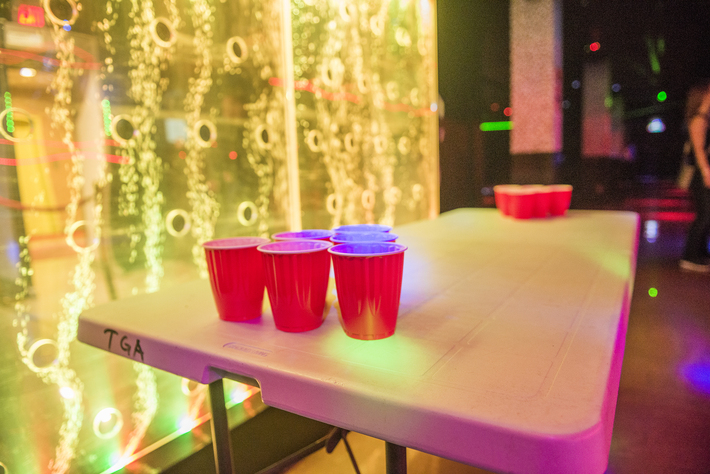 Drinks here are mostly of the straight-up mixed variety, no cocktail menu to be found. This is far more of a bottle service place, typical bottles going for around $150 while a more premium brand like Hennessey go for more like $180. 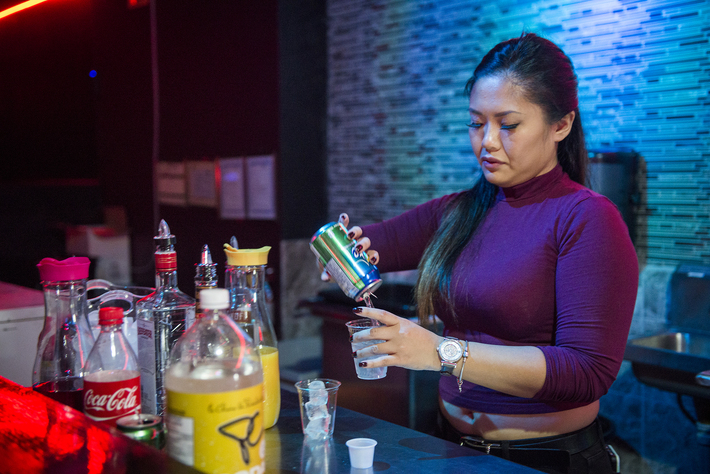 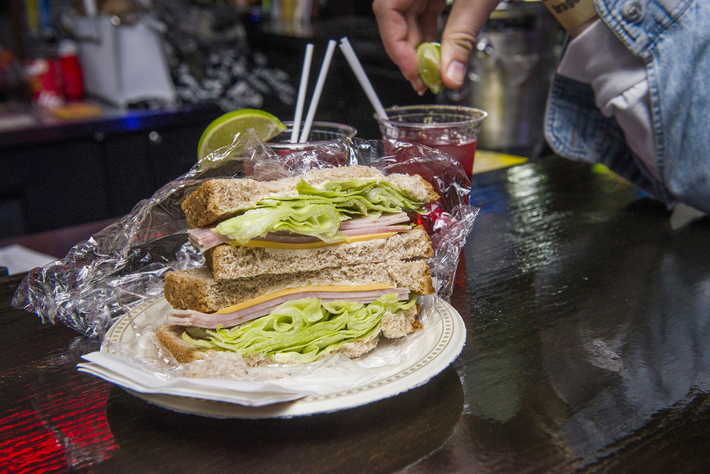 They don't serve food here, but they will send out for a banh mi for you from a nearby place. When I try to do so, however, it's not an option for this particular night, but the staff suddenly whip up a ham and cheese sandwich for me instead. 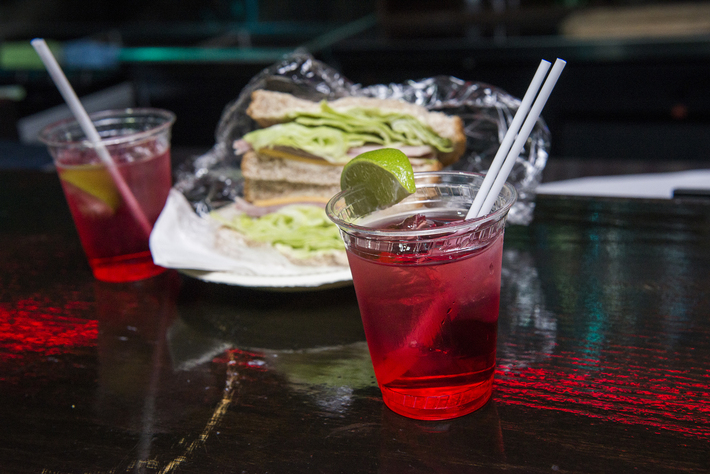 Let's be honest, it's just a ham and cheese sandwich, but I could imagine the rays of Nirvana coming off this thing around last call. 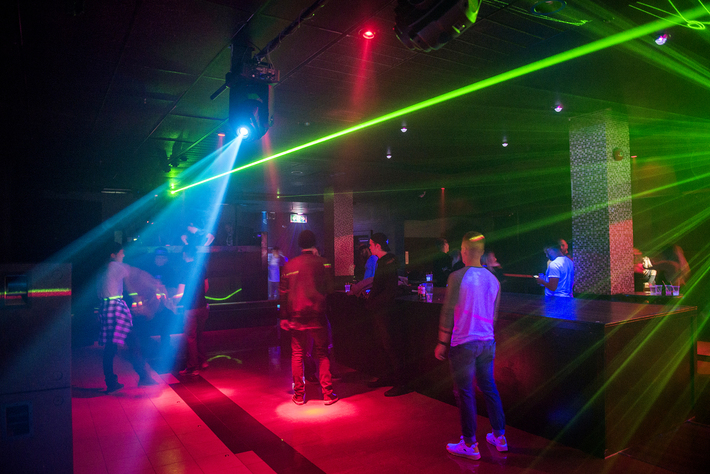 Sound Xchange has different DJs all the time, some of the best in the city. They do rough themed nights like a techno/house Thursday, a more vocal house/EDM Friday, and a deep house Saturday. 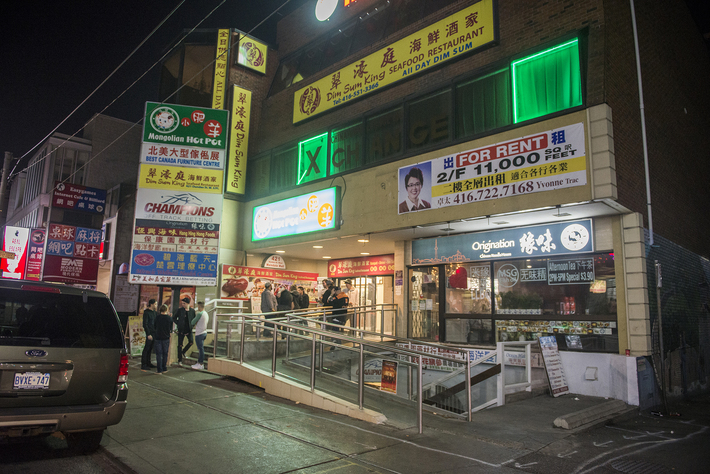