Eskada is a bar-meets-club in Little Italy that's in the space where Crawford used to be. It has drink deals, themed nights, and no cover.

I visited Eskada late one rainy Saturday night. Previously, Crawford was a straightforward, chill place to hang out and dance, named simply after the intersecting street it was close to. 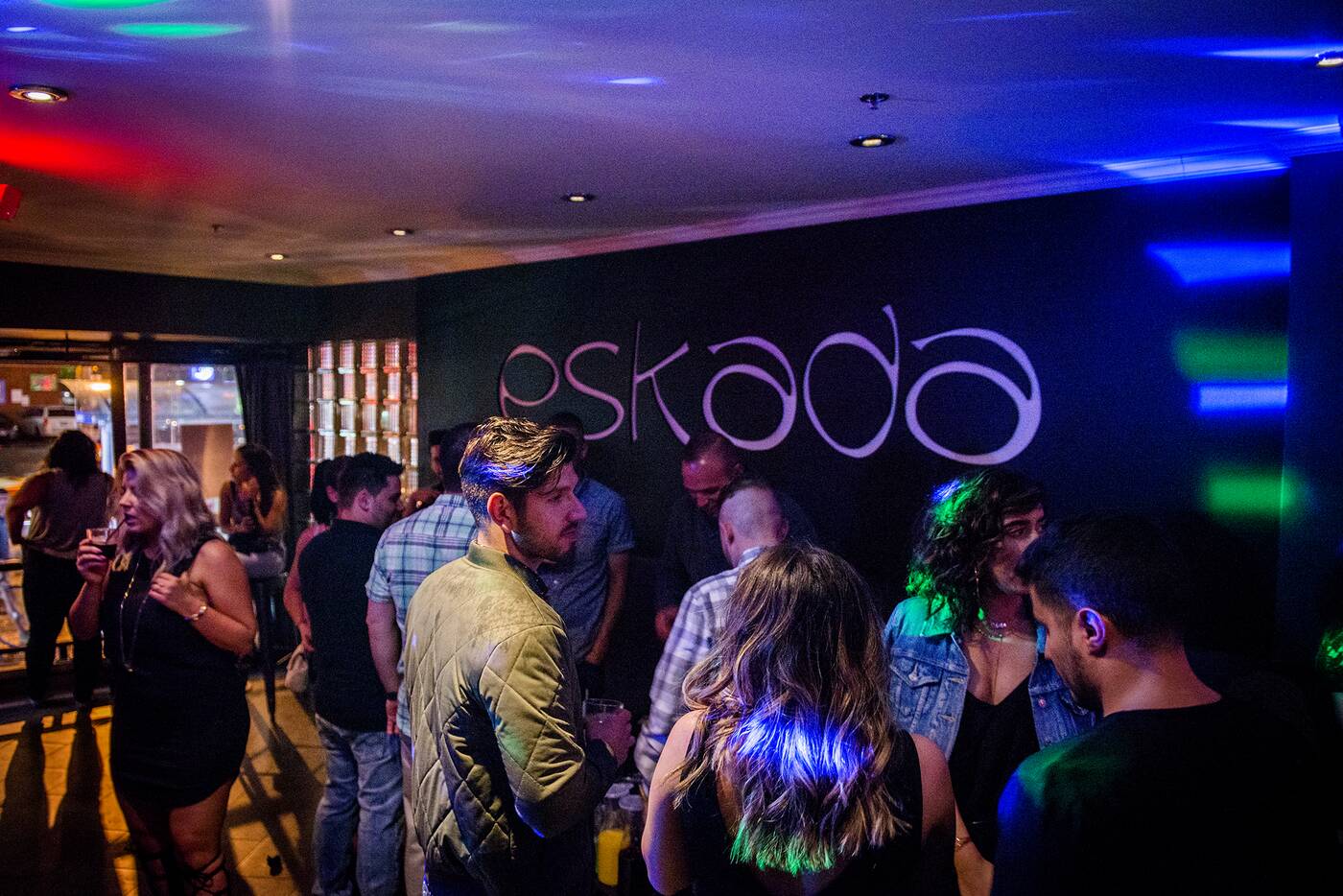 Eskada, however, can mean a lot of things. It's a club in Portugal , it's a typo (or a sassy deliberate misspelling) of the Portuguese word for staircase or steps , and it's a wrinkle cream that has not been evaluated by the FDA.

As I walked up to the bar and wrung out my hair, I found myself excited to see which Eskada identity it would assume. 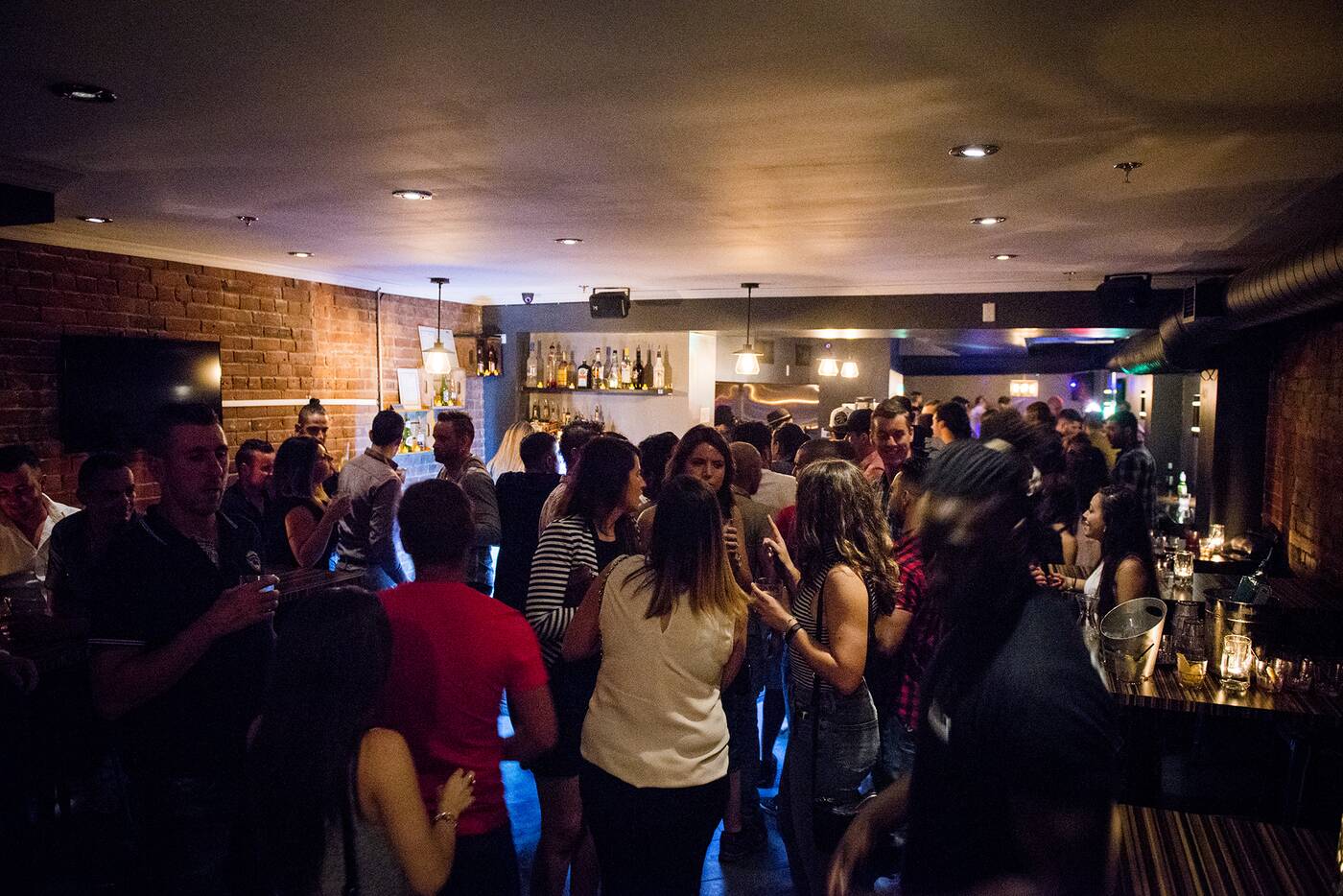 Inside, the space has undergone a makeover - more shellac manicure (nice touches) than rhinoplasty (structural changes). Like before, there are two long floors, the main and the basement, each with their own bar.

Now, the arcade games are gone and replaced with seating and tables for bottle service at the front of the space. The exposed brick remains, and Eskada has added TVs to the walls. 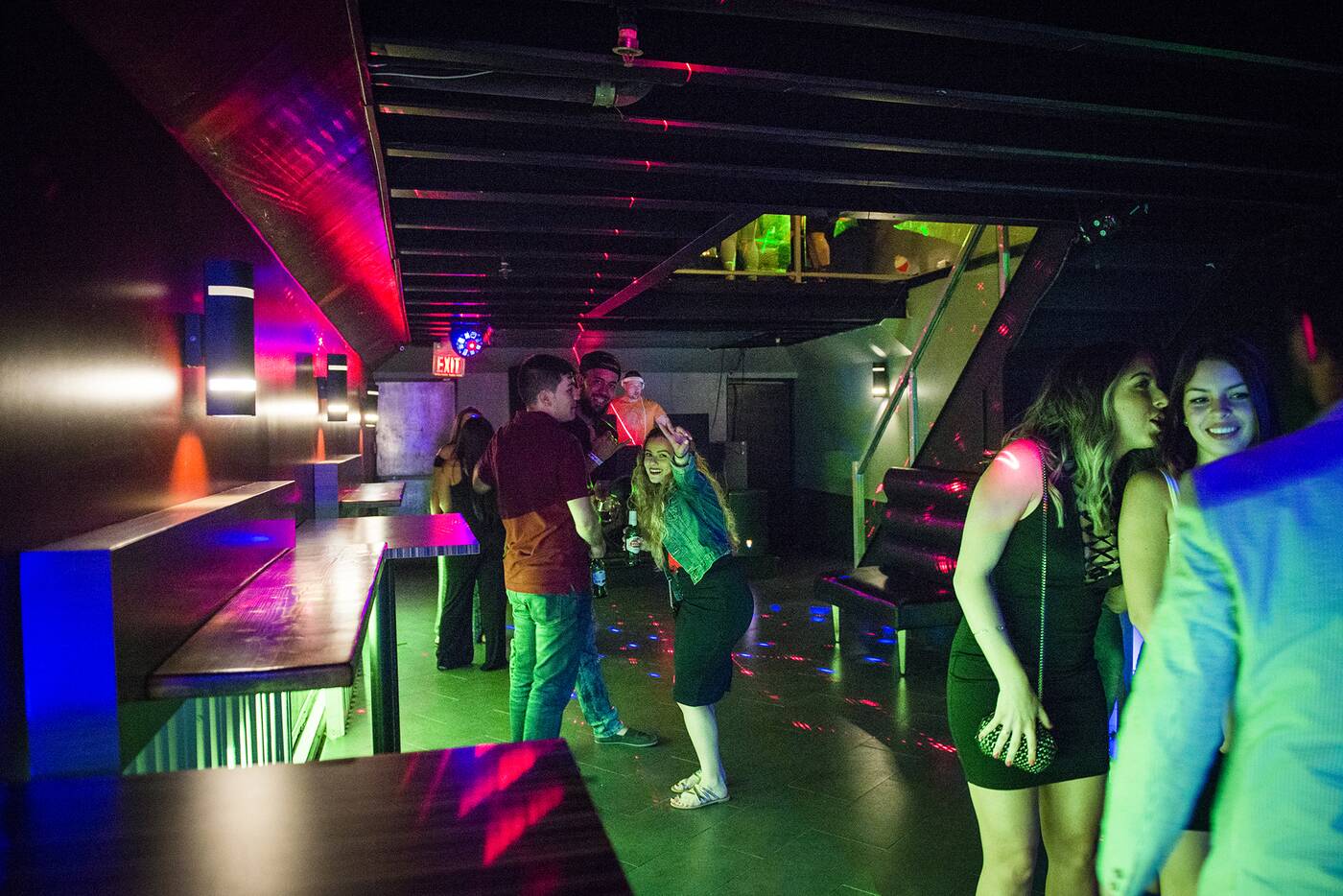 The basement level has been revamped into what can only be described as what it's like to suffer a concussion in Montreal - lots of flashing lights, lots of people, lots of loud chanting/rapping in a language that might be English but might not be. Also everyone is drinking heavily.

Anxious to fit in with the faux-Montrealers, I asked the fedora-wearing bartender for the most popular drink of the evening. It was a vodka cranberry ($6), which was good for the price, and incredibly good for the price when you consider that there's no cover (ever!) at Eskada. 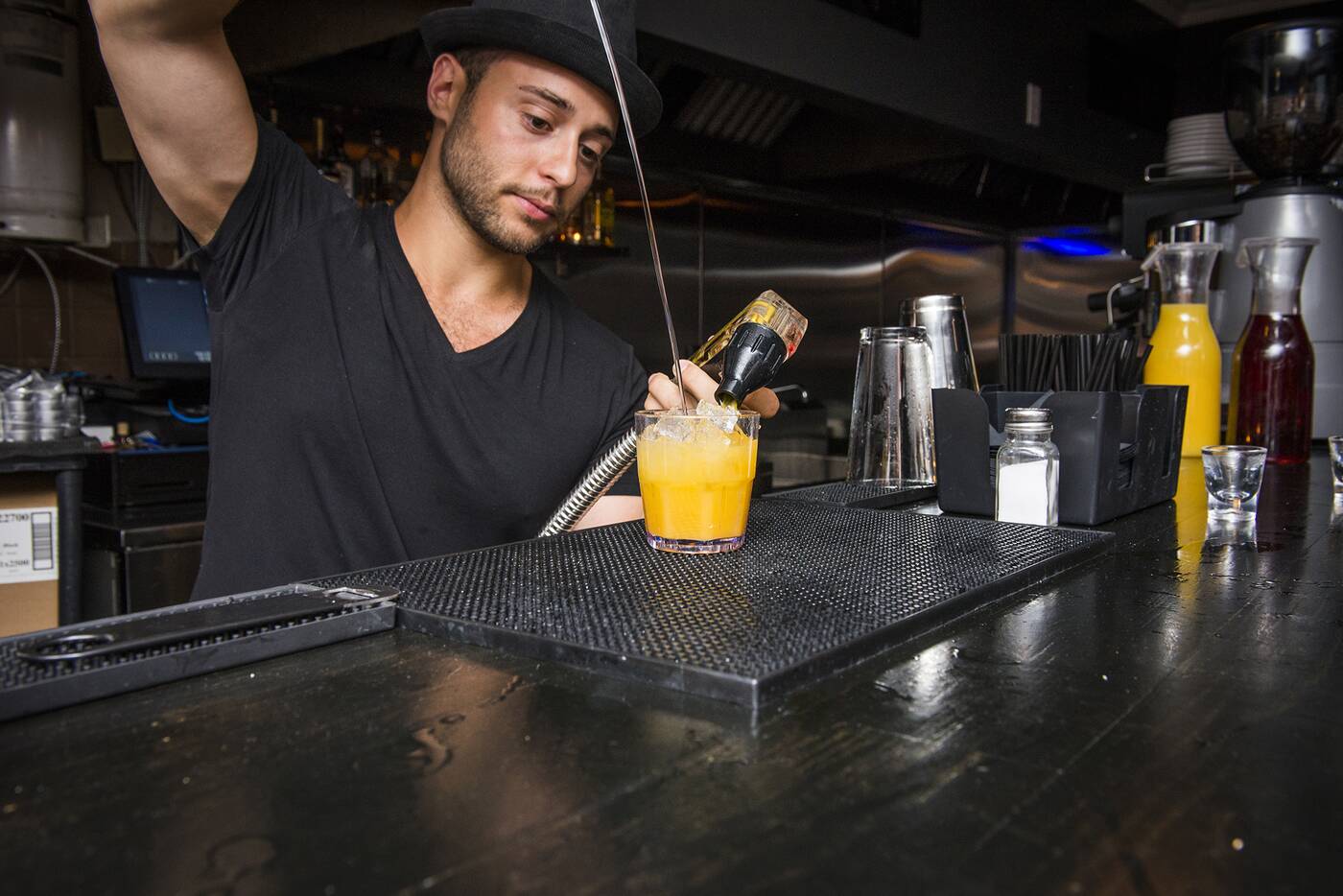 Though I recently made a pact with myself after a messy night that the only shot I would do going forward would be Gardasil, many Eskada patrons were doing shots, mostly of the tequila variety.

The night I visited, tequila shots were on promo for $4, a deal so good I had to have a moment to weight my mental/physical/financial health priorities before deciding to stick to my resolution.

Instead, I sipped my vodka-cran, satisfied with my choice, and watched other people do shots and dance. At this point, Eskada was packed, with a noticeably larger proportion of males.

There was a young man in a Billionaires Club shirt, an interesting choice of attire and certainly a step above an I Have Good Debt and an Okay Credit Score Club shirt.

There was a dude in cargo shorts, certainly a step above cargo jorts. There were a lot of gentlemen in stripes.

There was one young woman in jeans with thigh holes so massive I kept looking over and wondering how she got them that way ( Did they come with holes? Did she make them? ) until she came over to me, lightly touched my face, and demanded I kiss her on the cheek. 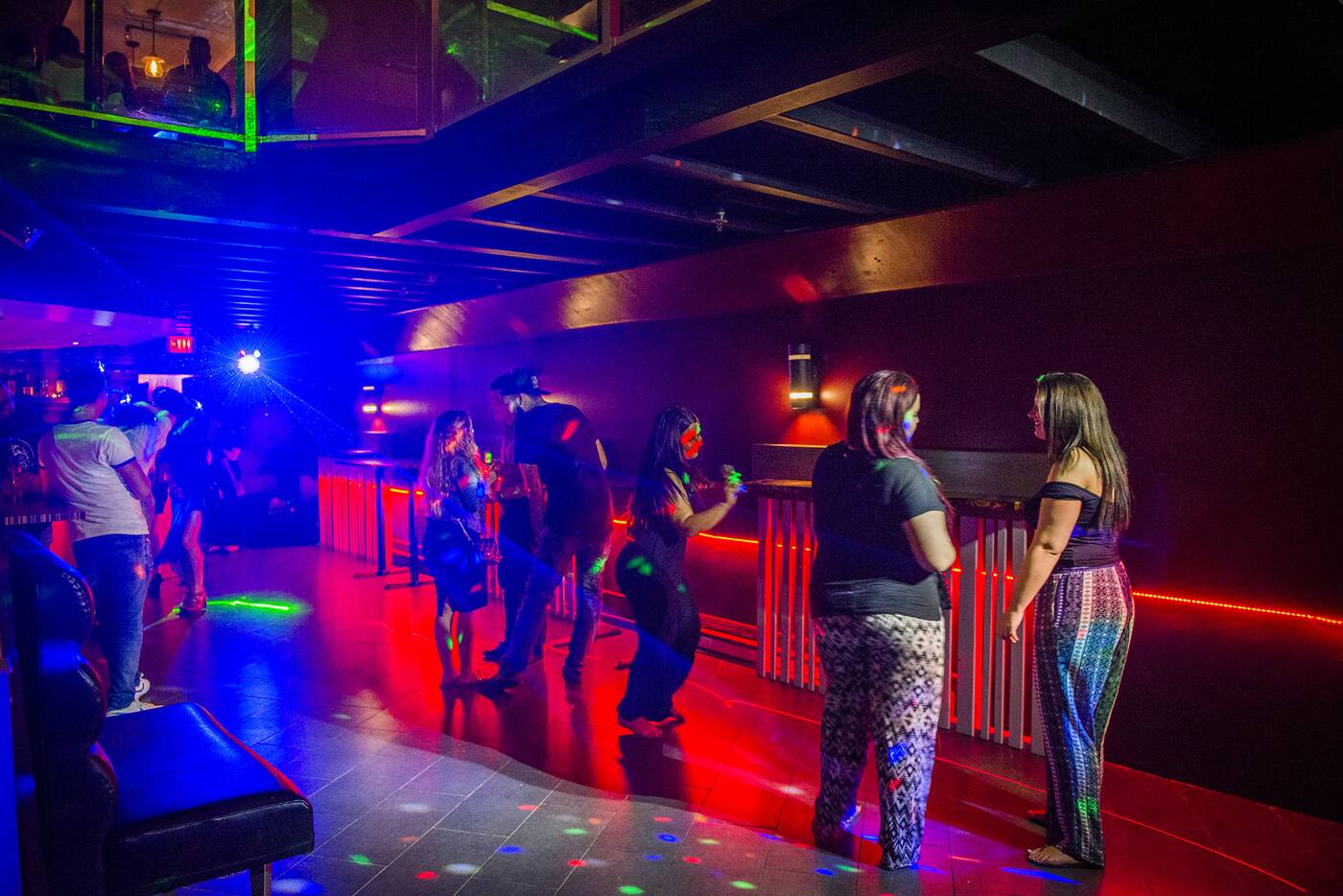 It turns out Eskada doesn't ascribe to just one of the many identities it could assume, it relates to all three. Like the club in Portugal, Eskada has "high class event entertainment and design infrastructure " (i.e. a DJ and exposed brick).

Like the misspelled Portuguese word, Eskada does act as a step between the bar and the club; it has all the trappings of a club (bottle service, DJs, club beats) but for bar prices (no cover, cheap drinks, and drink specials).

And like the wrinkle cream, Eskada definitely took me back to my younger years where I would not be fazed to see exposed thighs and then have it end prematurely because I chose that moment to disclose why and how much I hate Mitch Albom. 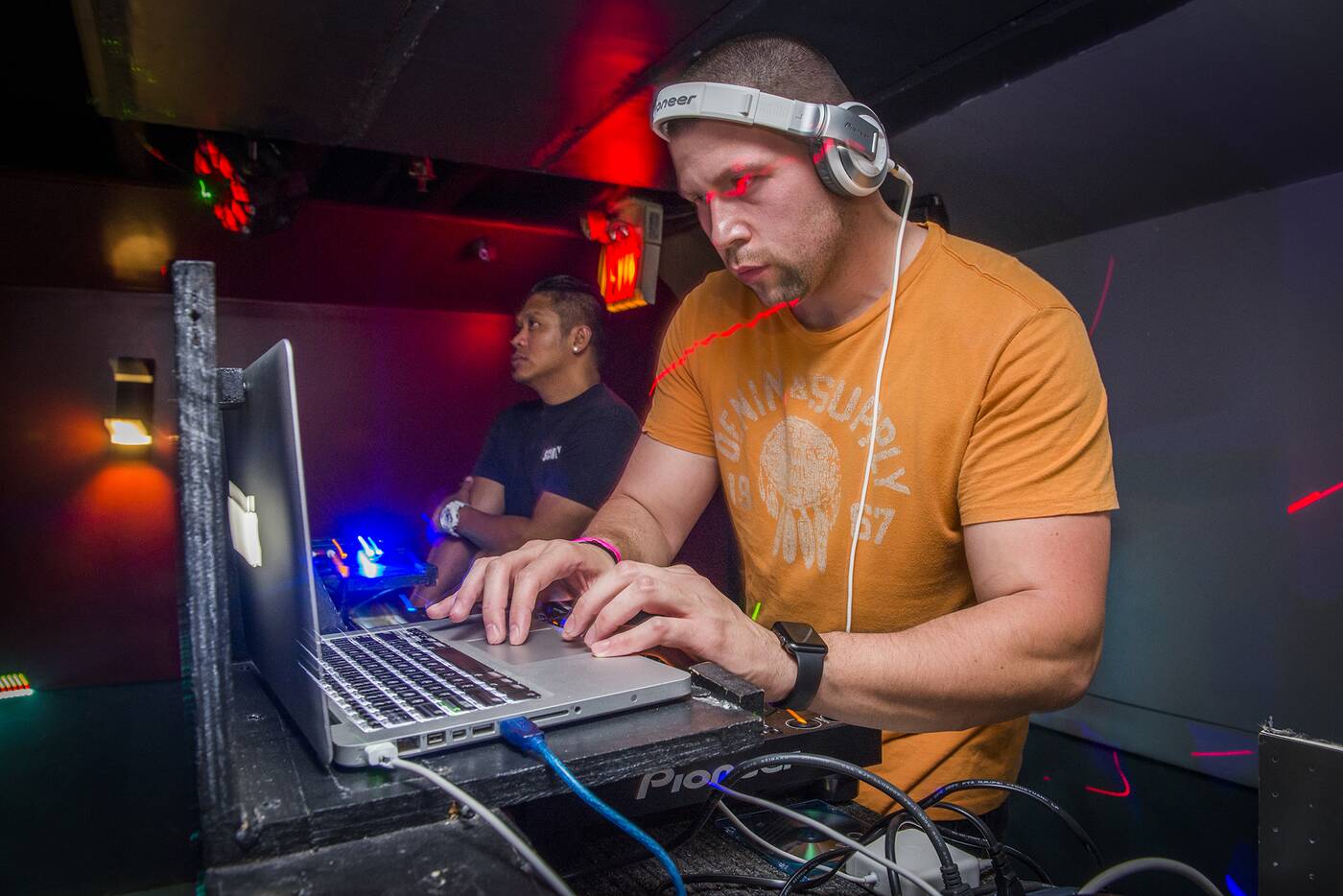 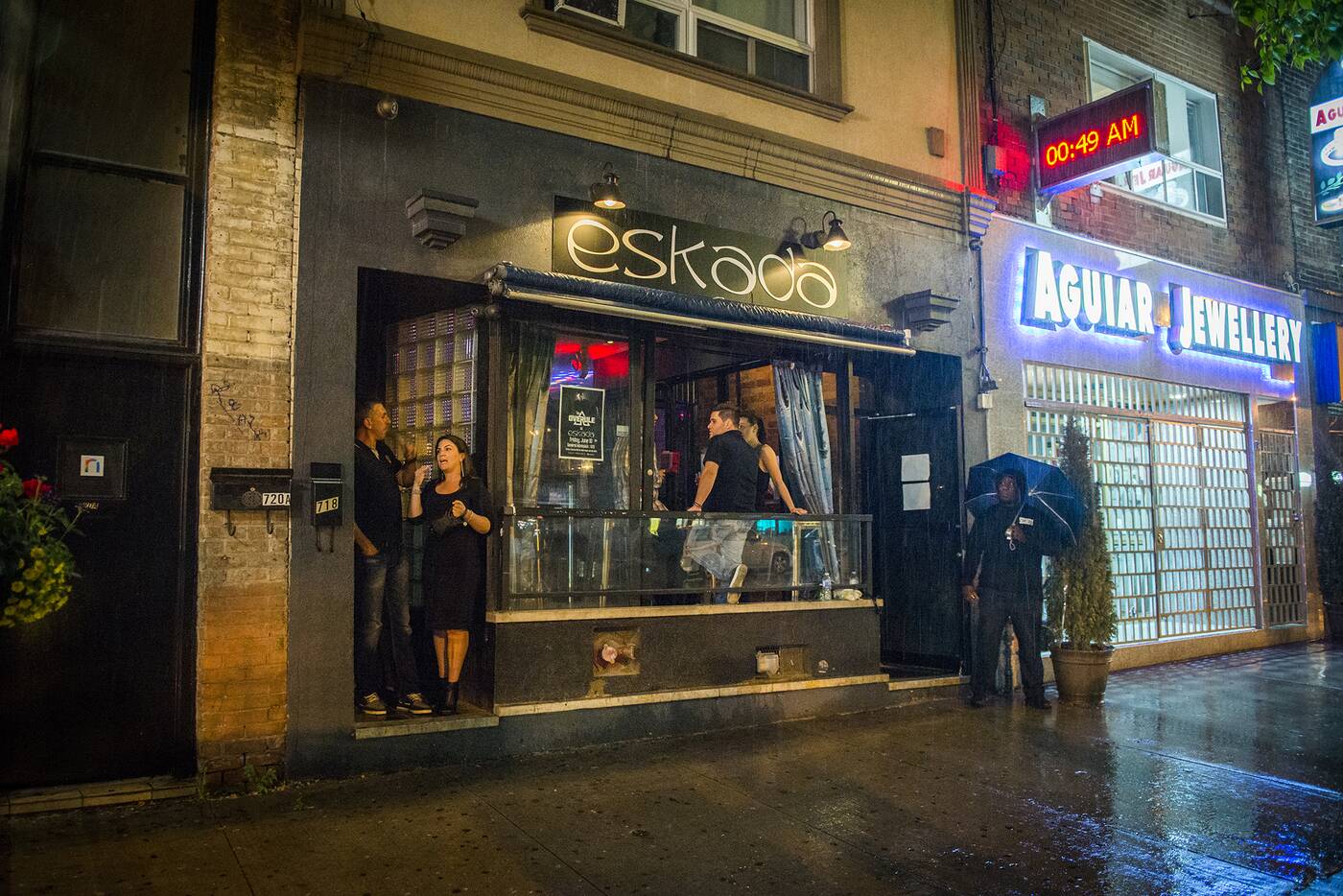