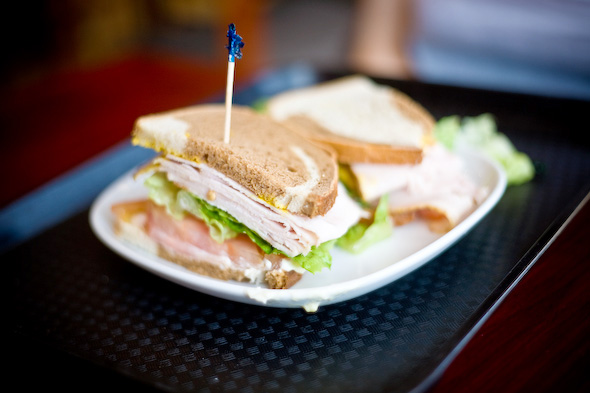 So I finally tried these Tan Coffee cookies this week, and the kind young men behind the counter told me they came from World Class Bakers, which is right up the street from me. So with our shortbread friend in tow, Alyssa and I go up there for lunch. 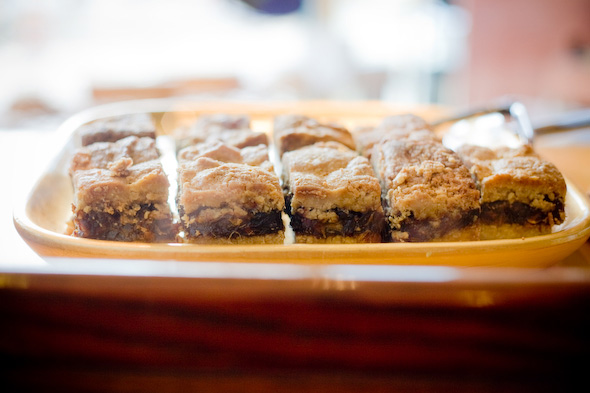 Sure enough, we see the familiar cookies in their original environment. They come in cranberry or chocolate chip for $1.60. Beyond being bigger than "regular" shortbread, they have a taste of salt, which is really nice, especially in the chocolate chip. They also taste more buttery than usual, if that's even possible.

Bites of cranberry are a bit sour, which makes them less heavy and easier to eat the whole thing and then some. Furthermore, you can get mini shortbread cookies for $0.75. I love it when food comes miniature. 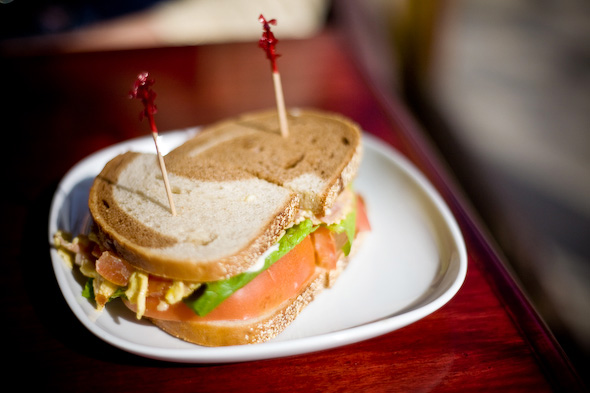 There's lots of fine looking bread and bagels. The pizzas look great. Unfortunately, right after we finished eating sandwiches a man called out "fresh pizza!" and dumped a new batch of personal sized pies in the display case. I would have had the pizza if that had happened twenty minutes earlier. 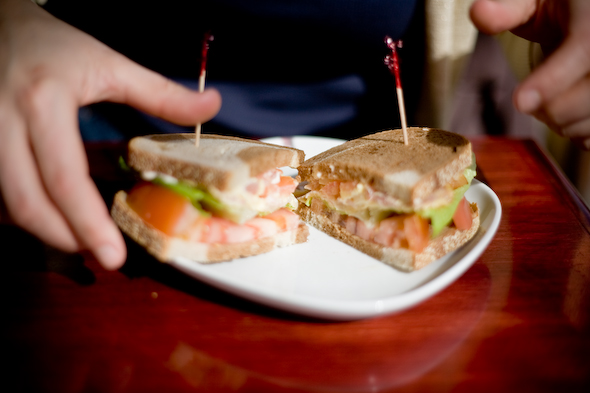 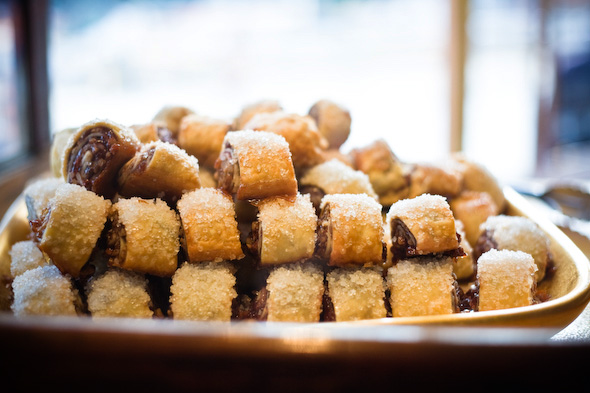 All the bread was fresh and delicious, but we would probably take it home and make our own sandwiches next time. Our sandwiches cost around $5.00 each and it just wasn't worth it. I'd rather buy a couple loaves of bread for that price (or lots of miniature cookies). 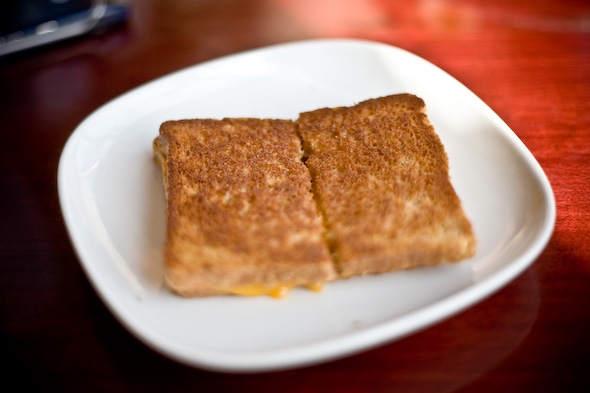 We split a great cherry cheese danish ($2.25) which would have been nice with a quality cup of coffee. 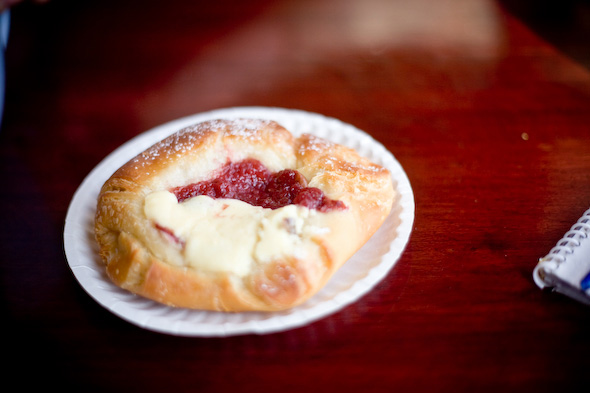 World Class unfortunately serves Seattle's Best, which is pretty mediocre. It's a shame because the atmosphere is nice (including the service - very kind) and they have free Internet, so I'd like to hang around in there and do some work. 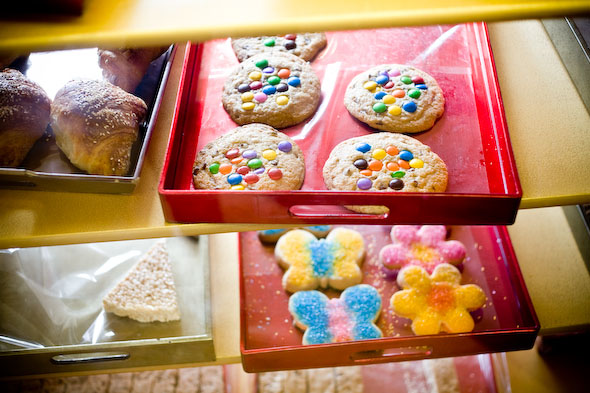 But I wouldn't want to drink too much of that coffee. I guess could eat the mini shortbread for a couple hours. That would make for a good day. 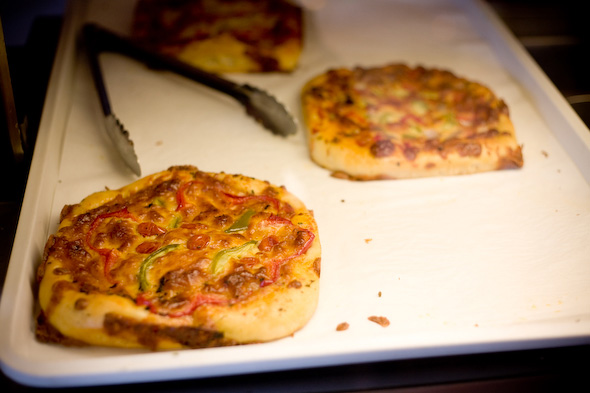