Patisserie Cocoa certainly looks like it has landed in the right area. The French brasserie and patisserie already has two other existing locations--one on Marine Parade in Etobicoke and other in Hamilton--but it looks like this third Patisserie Cocoa has really seized an ideal space. 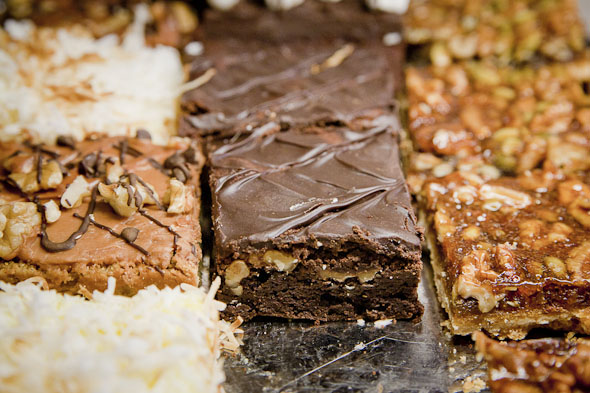 That space, actually, was once occupied by Le Pain Quotidien, which shut down its Toronto operations just a few years after opening. So, this 2,600 square foot space on Eglinton between Avenue and Bathurst suddenly found itself unoccupied, and that's when James Awad got a call from the owner, asking if he wanted to move in. 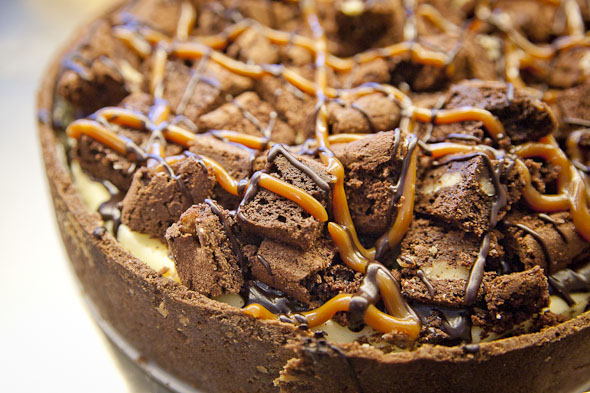 James jumped on the opportunity and started redesigning the space, giving it a French country feel with its stone fireplace, wooden furniture, and large communal table. 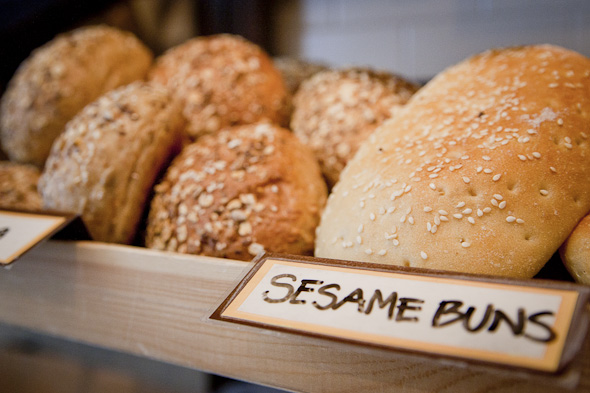 "In France," manager and head chef Colin Anderson says as we settle into a table alongside James, "these big communal tables are not unusual. People who have never met sit next to each other, enjoy an evening of wine and specialty cheeses, and end up exchanging numbers by the end of the night. That's what we want to see happen here." 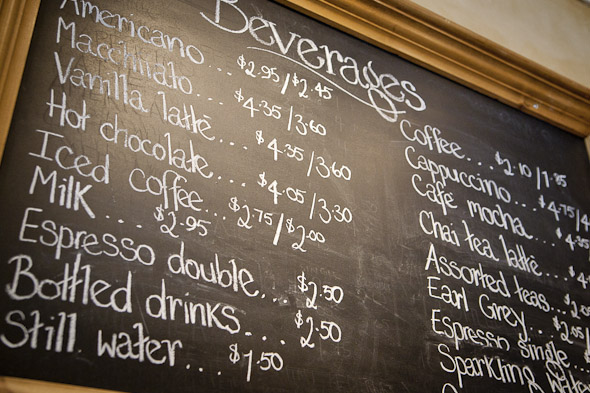 While this stretch of Eglinton does boast a vibrant list of cafes and bakeries, as well as upscale restaurants and family dining, Patisserie Cocoa seems to sit somewhere in the middle, currently offering coffee and bakery, breakfast, lunch, and brunch, but soon to add dinner in the form of three-course prix fixe meals. 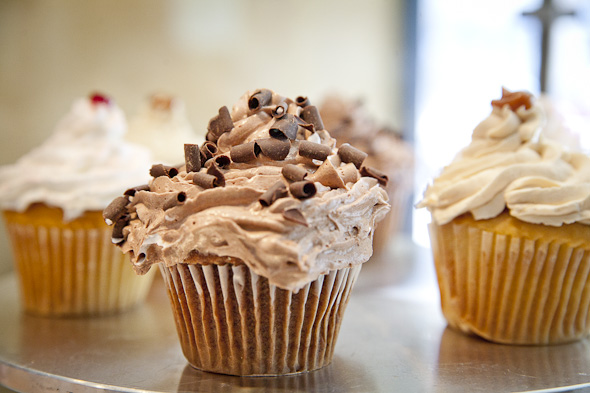 "We're working out the menu," Colin says, "but it will include an appetizer, an entrée, and a dessert. Somewhere in the $20-$30 range." 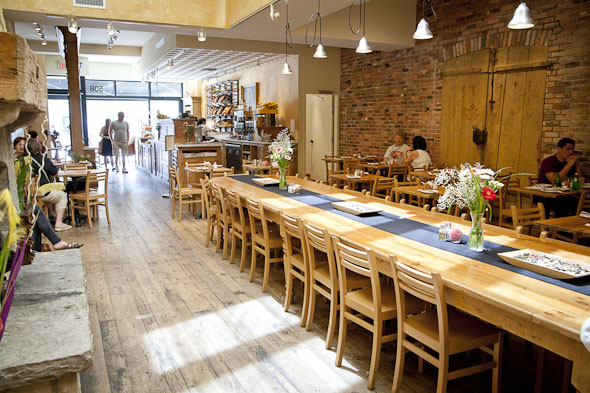 Colin says the entrées may include options such as grilled steak or escargot. But the desserts, in any case, need not much planning, since Patisserie Cocoa has already developed a large roster of cakes, tarts, and pastries. I try out one of the shop's individual fruit flans ($3.95), since it had already sold out of its signature chocolate croissants ($2.25). The glazed fruit, as well as the custard, is fresh and delicious, though I find the crust to be just the slightest bit dry. 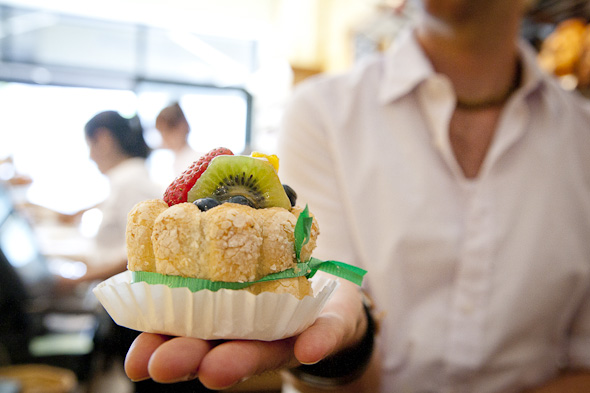 Until dinner is up and running, Patisserie Cocoa is open for breakfast, lunch, and brunch, serving its specialty Italian blend coffee (Americano $2.95), savoury croissants including Ham and Cheese ($2.55), and freshly-squeezed orange juice ($3.95) from its countertop Zumex. Patisserie Cocoa also offers certified organic breads such as its spelt loaf, roasted walnut, multigrain, and country wheat, on special now for $5 a loaf. 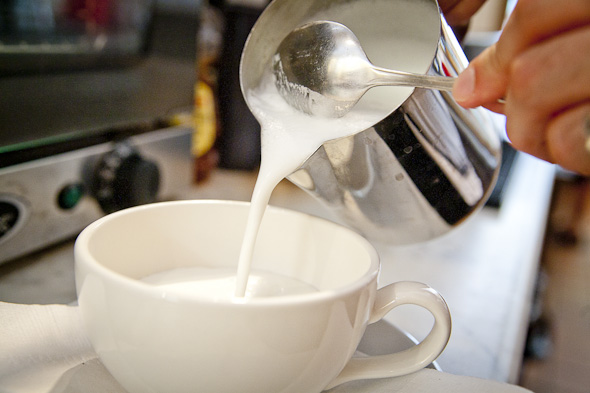 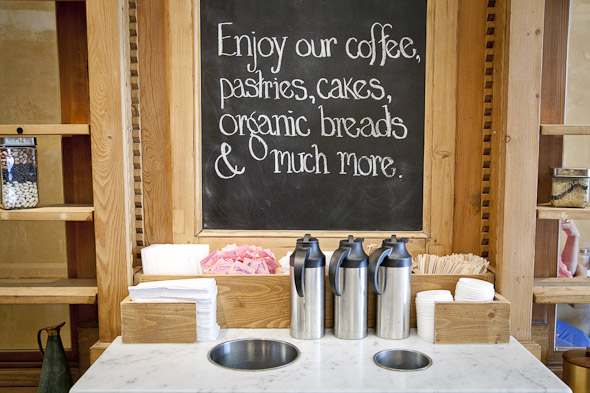 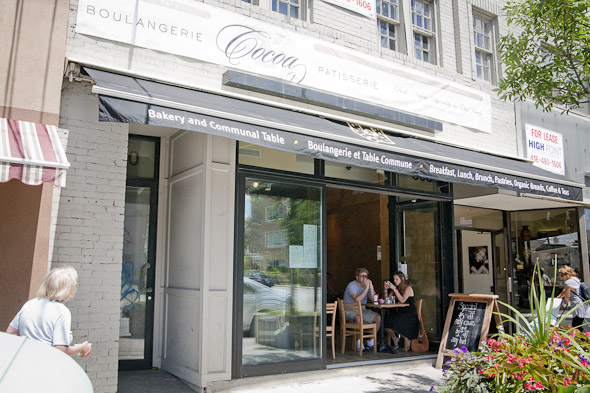