Bread Stuff Bakery feels like a rustic country bake shop, despite its location on the ground floor of a busy North York condo. At the corner of Sheppard and Bayview, the boat-shaped condo seems like the last place you'd find homestyle cinnamon rolls, spelt loaves, and wheat-free date squares, and yet, Bread Stuff has been quietly churning them out since September of last year. 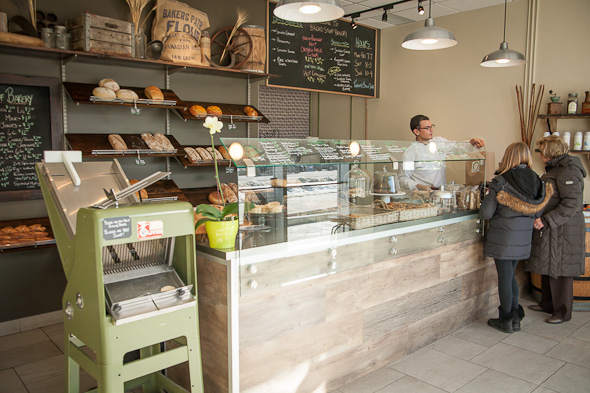 Hootan Mahajeri is the man behind the business, enlisting his friends Mike Murdoch and Michael Smith to help see to his plans to bring a quality bakery to the area. "Hootan lives in the area," says Michael as we chat by the counter. "And he realized that this was something the community was really lacking. There was just no decent bakery in the area." 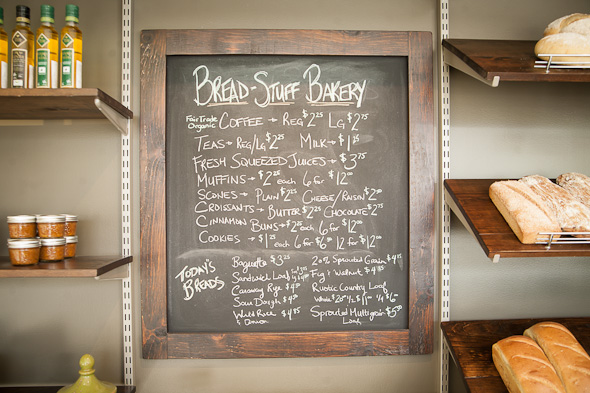 The plan, initially, was to open a take on a high-end pastry shop. "But we decided this would be more welcoming, more approachable," Michael says. "We don't use commercial starters — only natural yeast — and our focus is on local and organic." 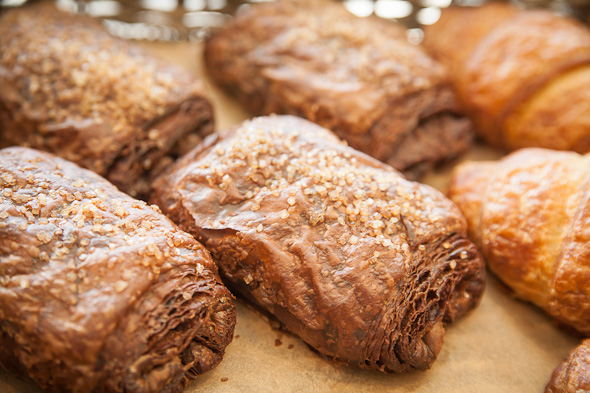 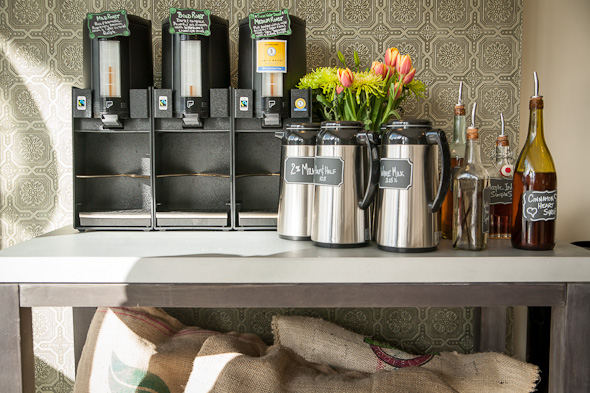 Bread Stuff also offers coffee from Global Coffee Roasters , though Michael says they have decided to stick simply with drip. "We thought about doing espressos and cappuccinos," he explains, "but that's not really our focus. We really want to keep the attention on the baked goods." Nevertheless, if you do opt for a coffee, Bread Stuff offers its house-made vanilla and "cinnamon heart" syrups as a bit of an extra kick. 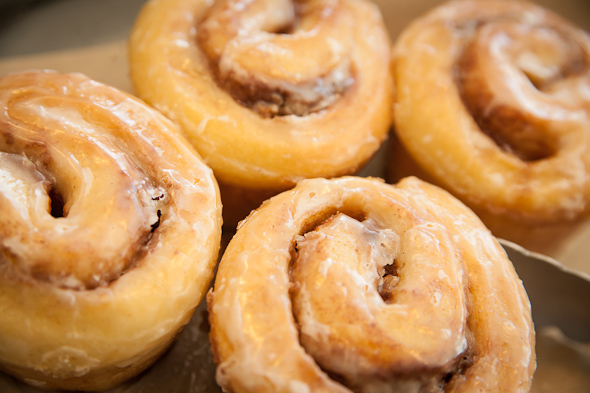 As for the baked goods, Michael says the team is continuously venturing into new spelt and wheat-free options, though since there is a risk of cross-contamination, he is reluctant to call any of the options "gluten-free." I decided to go full gluten for my taste test, however, and take up Michael's recommendation of one of Bread Stuff's homestyle cinnamon buns. "Usually I'm not too into to cinnamon buns," he admits, "but I really love these." 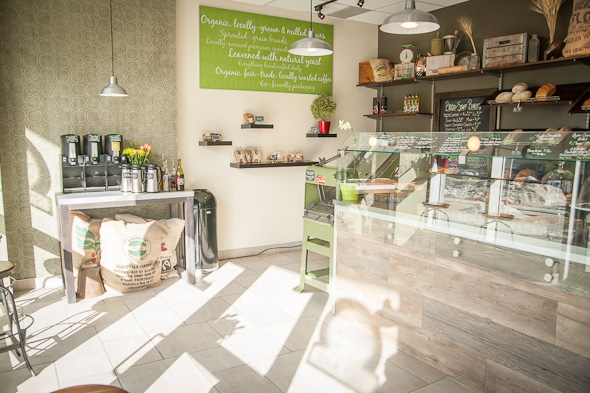 Made with brioche dough and direct-sourced Ceylon cinnamon, this bun is fluffy without being too light, and offers a great balance of sweetness and spice. I really think the cinnamon, in this case, makes all the difference — certainly much more "country kitchen" than North York congestion. And other than a little sugar clump in the middle, it's perfect. Just look for the giant Bayview cruise shop, and you'll know you're headed in the right direction. 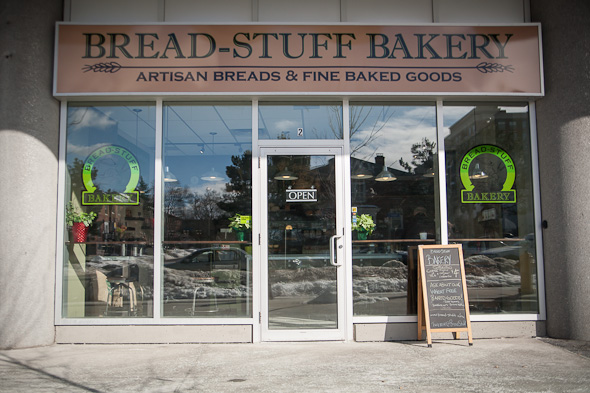