Bite Me Bakery pegs itself as "Toronto's first cupcake shop with attitude."

"That's not to say we're like the Soup Nazi or anything," says Dayna Richardson, the woman behind the new St. Clair West bakery. "But there are some cupcake shops for kids â this is a shop for adults." 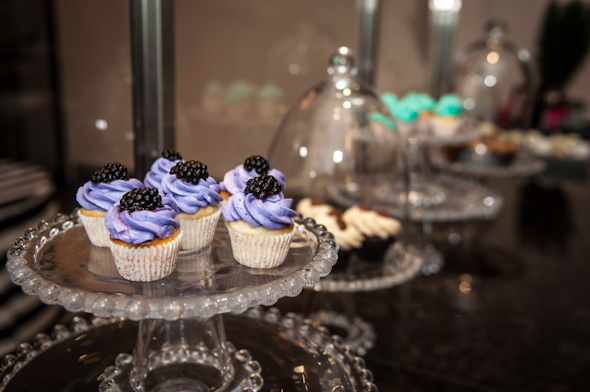 Not that kids wouldn't like Bite Me Bakery's banana caramel or vanilla bubblegum cupcakes, mind you. But they probably wouldn't need to know that the shop calls them its Bi-Curious George and Blow Me cupcakes. That's alongside its Tight Buns (vanilla cake and cinnamon bun buttercream), Pop My Cherry (chocolate cherry cake with vanilla buttercream), and Blue Balls (blueberry cake with cream cheese frosting) cupcakes. I'm guessing the latter isn't too popular among male customers. 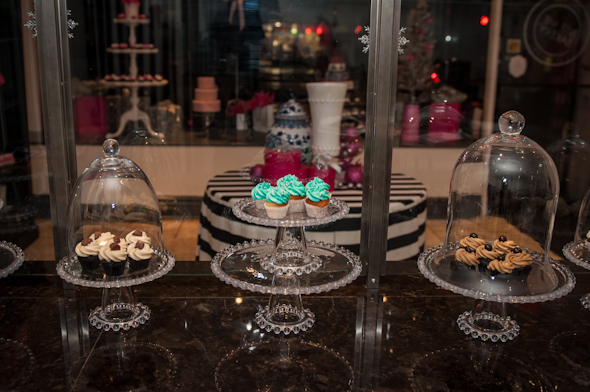 The, uh, "unconventional" names for the shop's 40 or so cupcake flavours are definitely indicative of Dayna's personality. Within a few minutes of chatting, it's clear that Dayna has a mouth that could rival that of Debra Morgan's , coming off as a little eccentric but with a dedicated passion for baking. 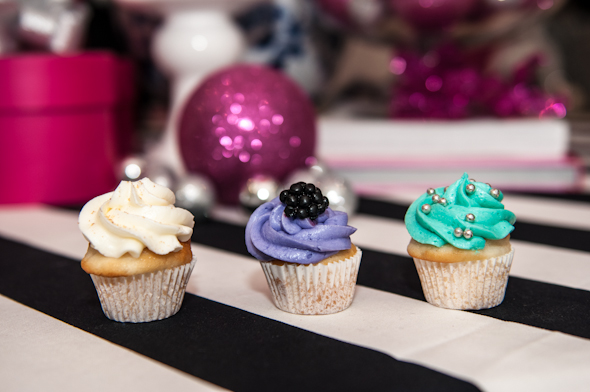 "Up until recently, my parents still kept asking me when I was going to get a real job," she says, adding that Bite Me Bakery has been operating out of a catering facility for the last two years. "But my passion has always been food." 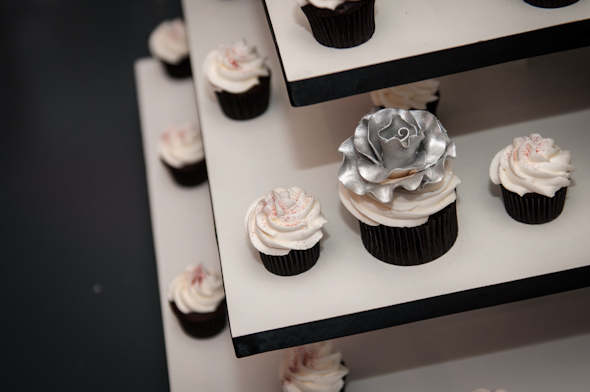 With a cupcake tattoo on her calf and "350Âş" on her wrist, Dayna tells me her baking has been mostly self-taught, though she has undergone a bit of formal training. She grew her catering business mostly though word of mouth and social media, and decided to seize this space when The Cupcakery went out of business.

"One of my big motivations for opening a retail space is education," says Dayna, who notes that she has also worked in the fitness industry. "Education in dessert moderation." 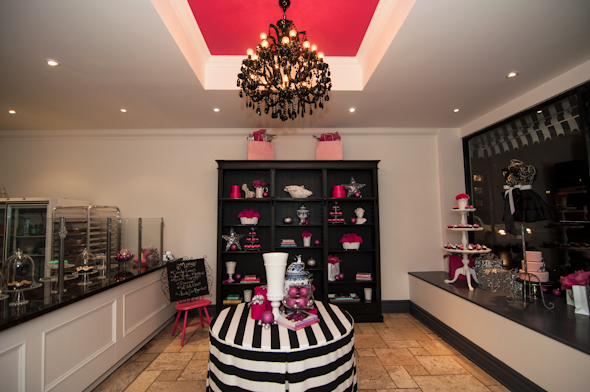 Bite Me Bakery only offers bite-sized cupcakes (AKA mini cupcakes), usually in about six different flavours per day. Cupcakes are priced at $1.50 each and kept wrapped up to preserve freshness (display cupcakes are pretty much just for show).

"What happens when you go into another cupcake shop, and you want to try the red velvet and the chocolate and the peanut butter cupcake?" Dayna says. "Well, you want to satisfy three different palettes, and you end up buying all of them and eating them all. But how many calories did you just consume? There goes your New Year's dress..." 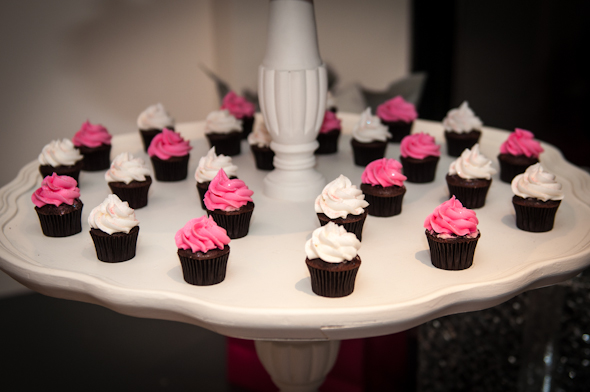 The idea at Bite Me Bakery is to allow customers to indulge in a variety of different cakes, while removing the temptation of a massive cupcake (or three).

"People will ask me, 'Are these cupcakes good for you?' And I'll say, 'No, but dessert in moderation is OK.'" 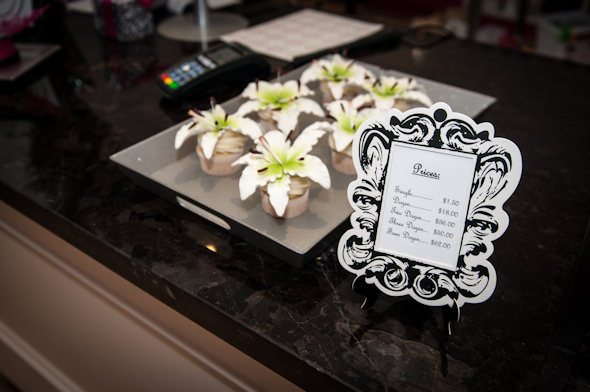 I take "moderation" to mean I can try the peanut butter (Buttercup), coffee (La Vida Mocha), and chocolate (Flirty Girl) cupcakes, and definitely find the peanut butter to be my favourite. The cake part is gone in a bite or two (making the flavour somewhat tough to discern) but the super-smooth buttercream lingers with peanut butter goodness and just moderate (and thus, appropriate) sweetness. It's clear that buttercream is the stan-out element for these cupcakes.

Dayna says she hopes to expand her daily offerings to include up to a dozen flavours per day sometime in the new year. Which is to say, if you drop by with kids sometime in January, best to prepare an explanation ahead of time for the "Strawberry Striptease" and "Hot Mess Mango" you might find on the menu. 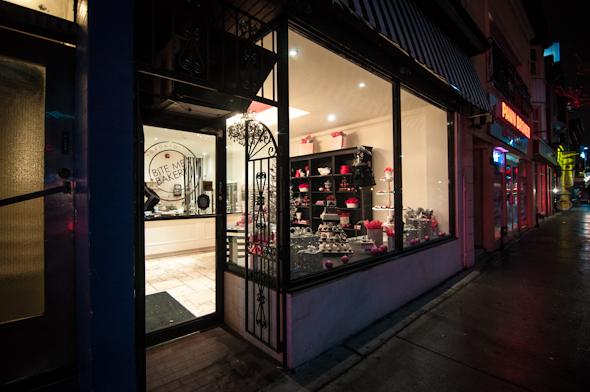