Toronto's Old City Hall to be transformed into museum and library

Toronto city council just decided in a near unanimous vote that Old City Hall will be transformed into a museum, library, wedding chapel, gift shop and maybe also a restaurant.

Ontario's Court of Justice is set to vacate the space in three years, however, which councillor Josh Matlow, among others, sees as an opportunity "to return old city hall to the people."

"We have our moment to finally create this museum of Toronto," he said during Thursday's city council meeting, referencing an idea that's been floating around for years.

Coun. @JoshMatlow says visiting a city is like going on a date. But if you visit a city's museum, it's more like falling in love. Quite the start to the speeches on this matter. #TOpoli

The museum would finally give a home to more than 150,000 historic objects and artworks owned by the city – almost all of which are currently stored in boxes.

Under the preliminary plan approved yesterday, Old City Hall will be revitalized to accommodate the Museum of Toronto, a Toronto Public Library branch, a wedding chamber, and "complementary commercial and institutional uses compatible with the museum."

This could include everything from gift shops, restaurants and lounges to office, incubator, academic and event spaces.

City staff will now further develop a design and plans for the new, Old City Hall and report back to council in mid-2019, but there could be some hurdles to jump in the process. 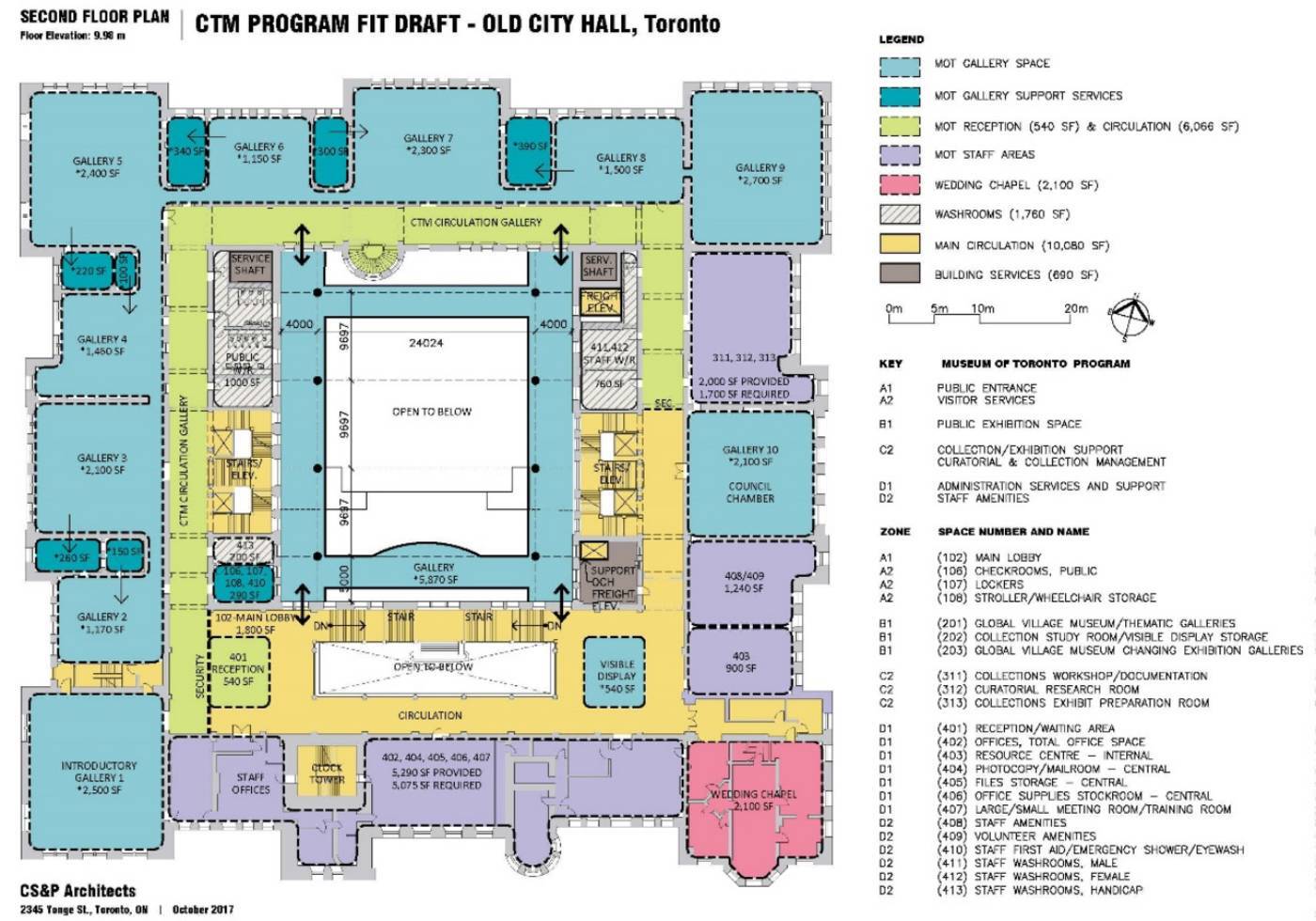 Cost is a concern for some parts of city council, which voted 35-3 for the museum at Thursday's meeting.

Even with admission fees at $16 per adult, staff say revenues from the museum wouldn't cover all the expensive renovations needed to execute this plan.

Likely, some help would be needed in the form of subsidies from the provincial and/or federal governments.

"Any financial impacts, including updated operating revenues, costs and capital investments," reads the Old City Hall report for action, "will form part of the report back to Council in 2019 with the final recommendations."