Nuit Blanche 2017 in Toronto might once again lack the corporate backing its enjoyed in the past, but the curators have embraced this situation with programming that celebrates the revolutionary spirit and fierce independence that often accompanies artistic creation. This is the year that Nuit Blanche commemorates protest as an art form.

Here are my picks for must-see exhibits this September 30 at Nuit Blanche 2017.

Zone: Monument to the Century of Revolutions

This interactive exhibit by the Justseeds Artists' Collective takes place in one of the many shipping containers stacked in Nathan Phillips Square. A makeshift silk screen studio will be used to create banners, t-shirts, and posters that can be pasted around the city or taken home as souvenirs. 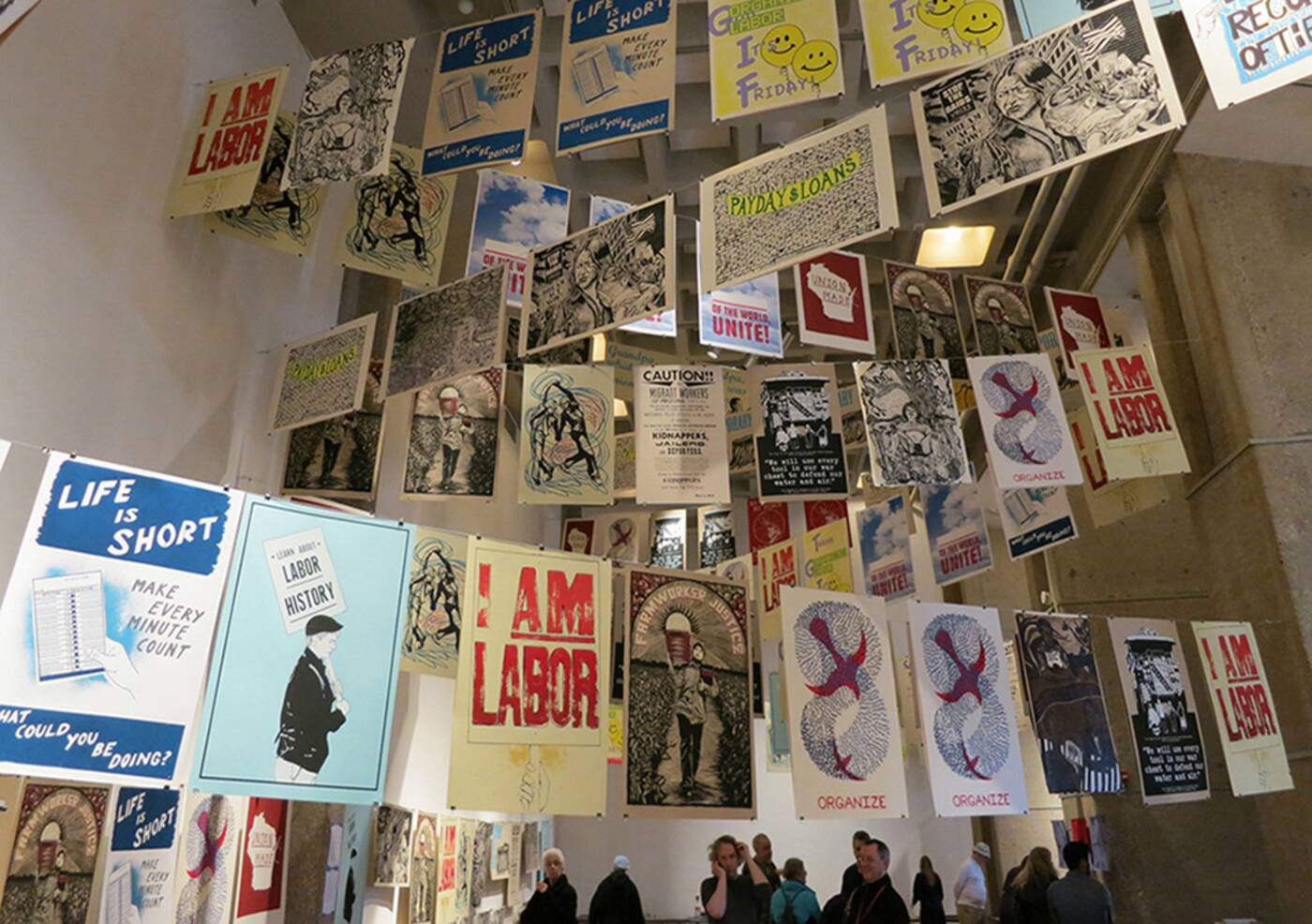 Zone: Taking to the Streets

You'll hear this sound installation before you see it, as a series of cars pump out bass-heavy music on powerful interconnected sound systems orchestrated by Joe Namy under the Wellesley Street Bridge at Queens Park. Expect this one to be a popular stop over the course of the night. 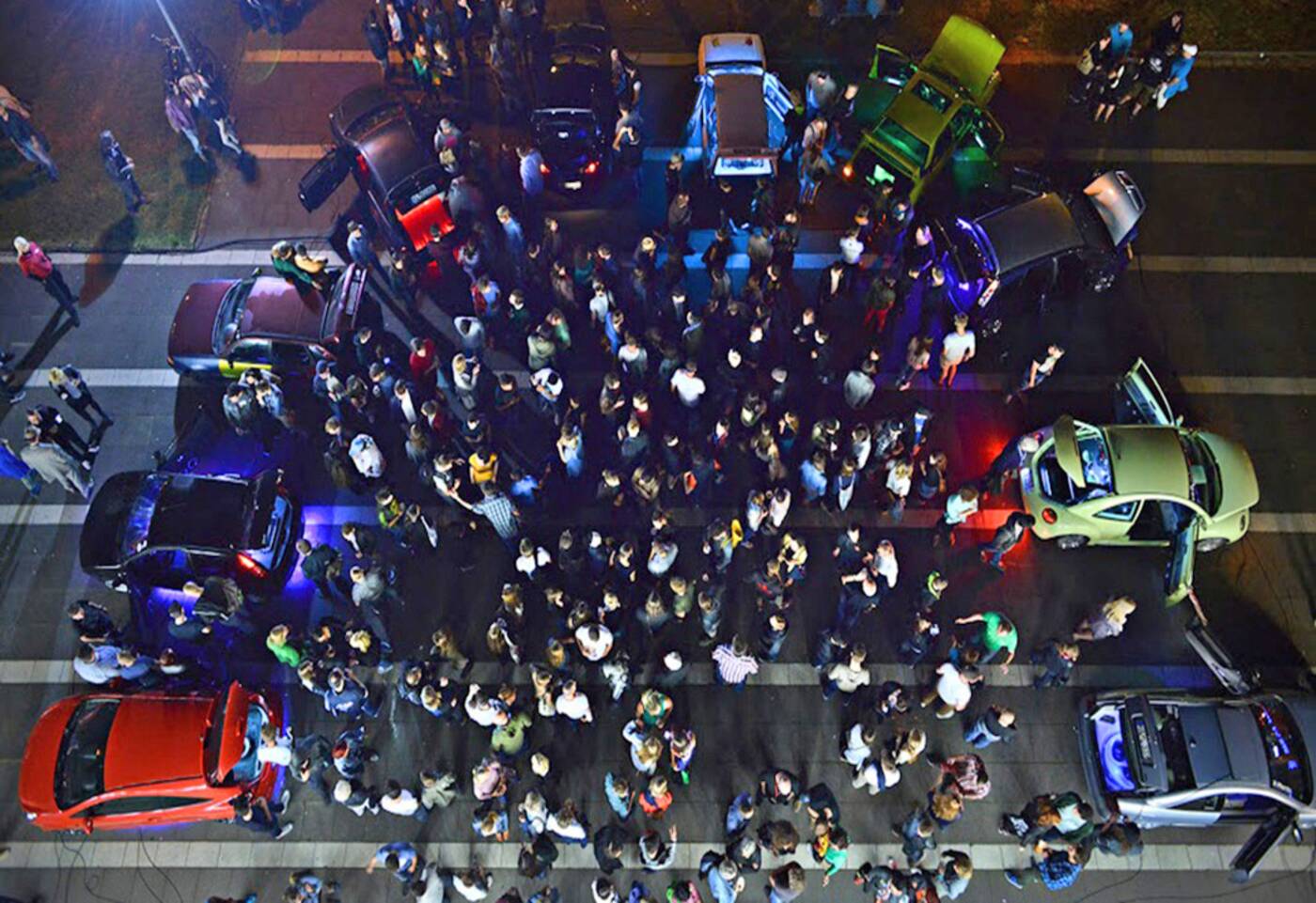 For an entirely different experience, head to U of T's Faculty of Music for Abbas Akhavan and Kristina Lee Podesva's invitation to take a bit of respite on cots laid out throughout the building. The pillows and coverings have been prepared by newcomer women in collaboration with the Toronto-based chapter of Mes Amis Canada / Darzee.

Through the power of storytelling, Aanmitaagzi Company uses a series of sculptural installations, theatrical performances, and a 15-foot puppet to explore our relationship with consumption. 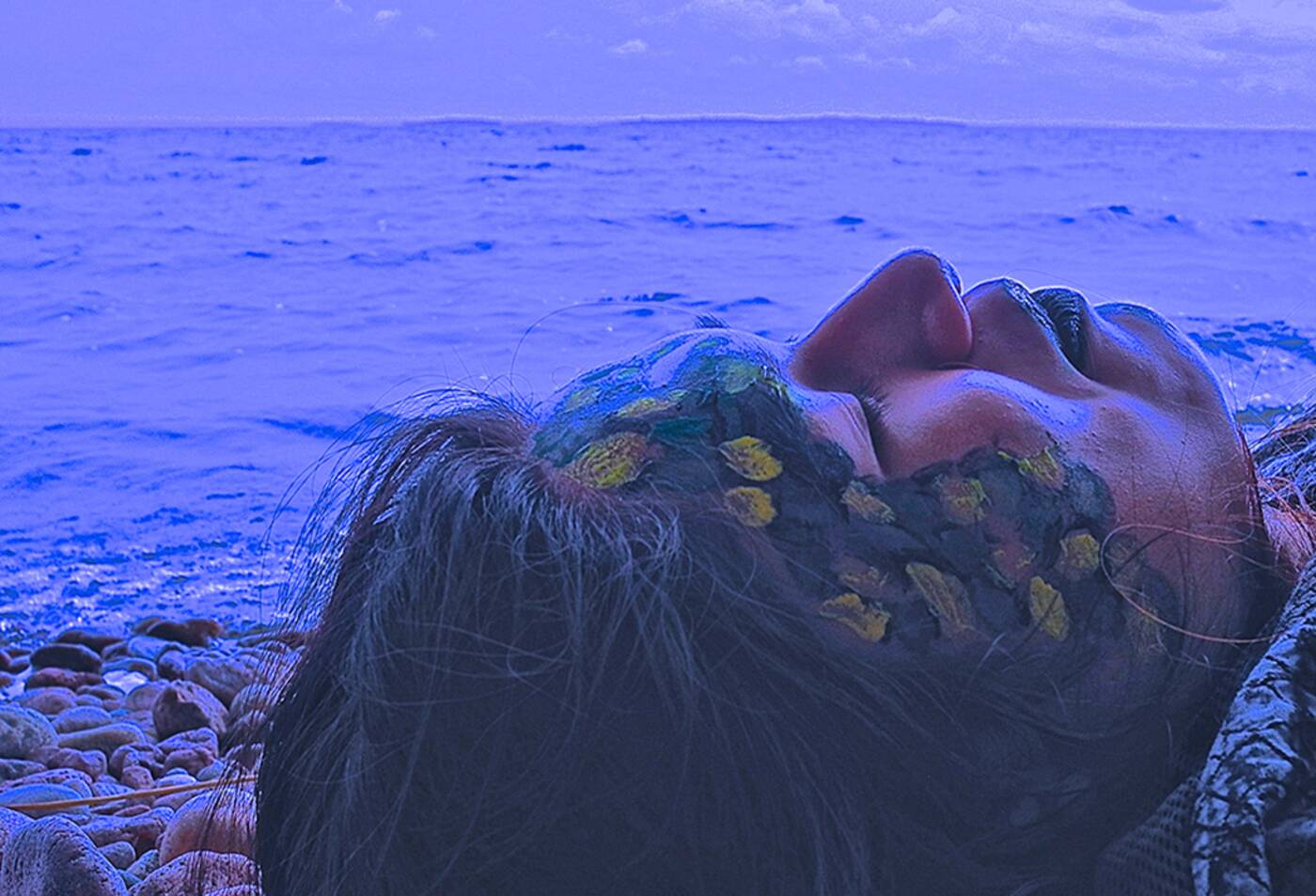 Marianne Nicolson's ghost stories recall the supernatural spirit world. Her animated projection on the clock tower at Old City Hall exposes the haunting of institutional buildings as symbolic of Toronto's (and the nation's) history.

Zone: Calculating Upon the Unforeseen

Exploring the peculiar cultural and geographic dynamics of the embassy as a home in another home, this makeshift structure built by Cedric Bomford and Verena Kaminiarz is meant to represent a perpetual state of becoming, where viewers must actively imagine its completion as a political and social project akin to our own political ideologies. 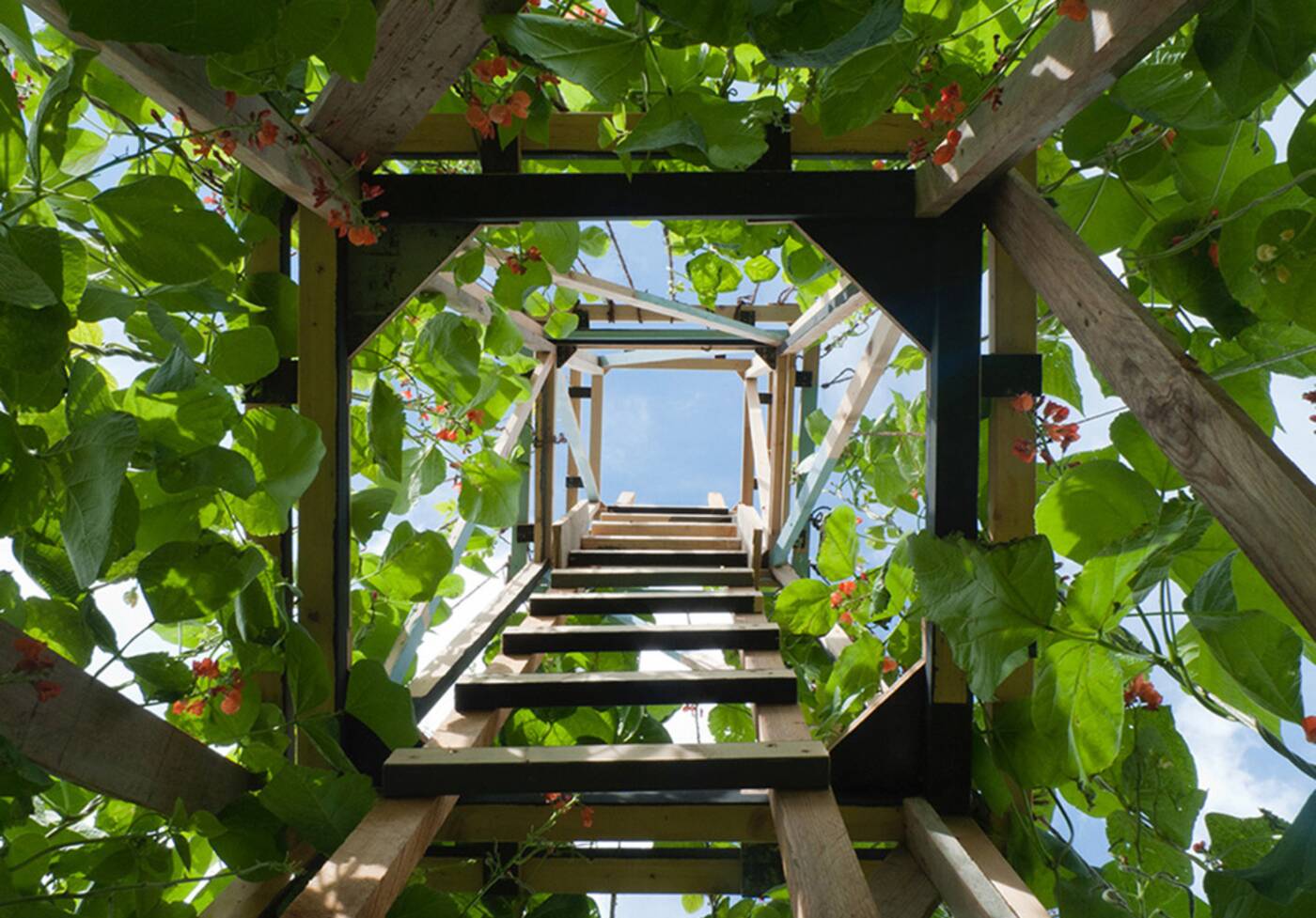 The AGO's Walker Court comes to life for Nuit Blanche with Will Kwan's interactive performance piece that involves the use of a "human microphone" through which participants will amplify a series of messages and stories related to the passage of time.

Brian Leitch aka KWEST, uses recycled clothing and textiles from H&M; to create an artistic piece. The garments become a symbol of the ways in which people and things are rejected or thrown away. Expect a wild scene at Yonge-Dundas Square.

EDIT: Prosperity for All

Quite possibly the most intriguing venue for Nuit Blanche this takes place in collaboration with the EDIT Festival at the old Unilever soap factory at East Harbour. You can explore the first floor of the old industrial site with an installation that imagines a future world. 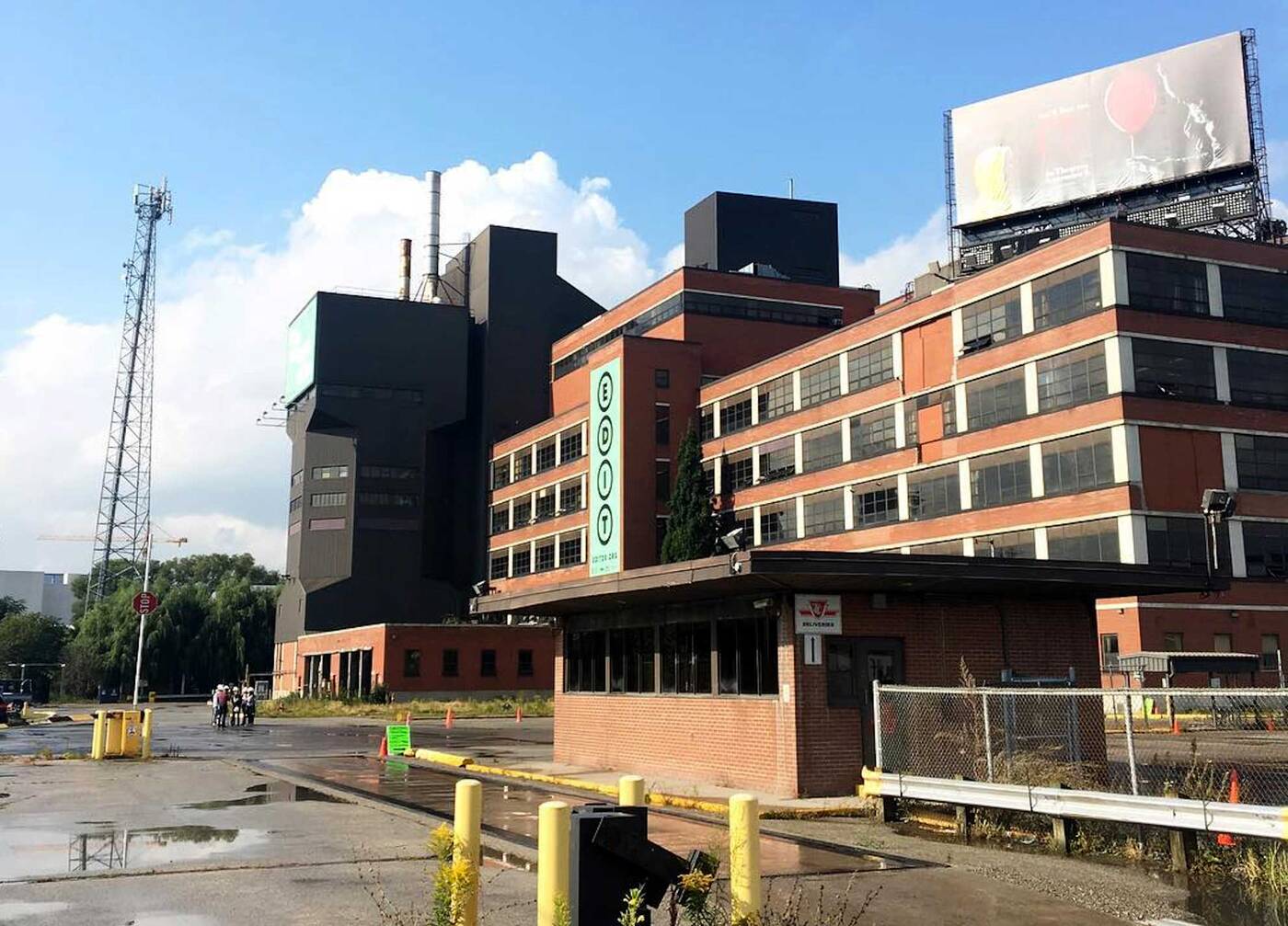 Artscape Youngplace is turned into an immersive gallery for Nuit Blanche this year with a series of exhibits organized around the theme of communal experience. This could be a prime place to stop in the event that you need to warm up or dry off as it's all indoors.

It's going to be party central at the Gladstone Hotel during Nuit Blanche, but even better, the second floor studios will play host to a series of installations and exhibits by Nicole Beno, Tori Fleming , Joel Ong, Elizabeth Milton, Whyishnave Suthagar, and Yifat Shaik.

Experience a world surrounded by endless stars! Stretching across an alleyway on Camden Street, F_RM lab digitally generates stars on an undulating canopy. Audiences are placed between two worlds: fantasy and the stark reality of a light polluted sky. 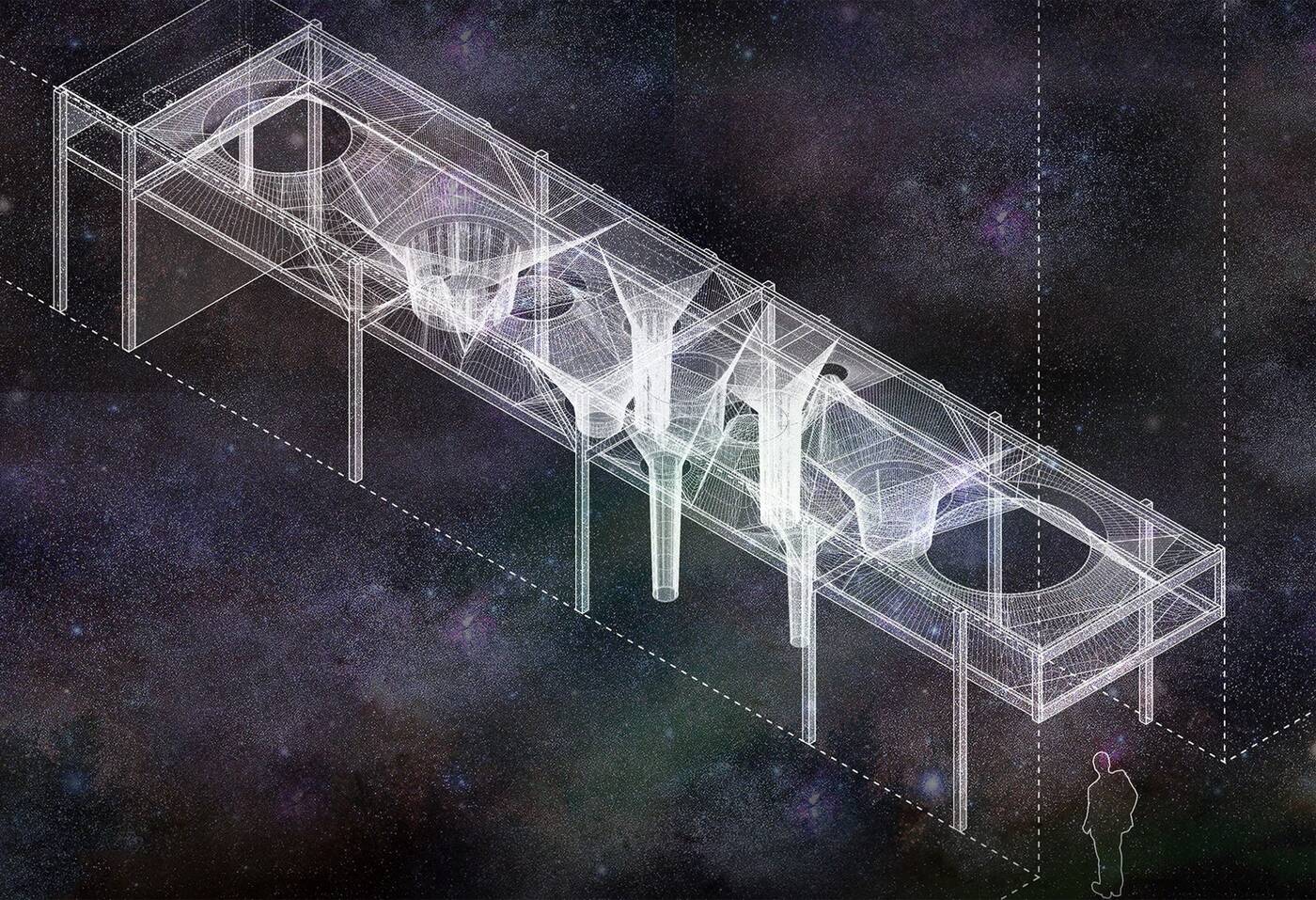 Warm Up To Me

This sound and visual installation provides personal narratives of residents from six Toronto neighbourhoods. Warm Up To Me Collective explores people's memories of place and how stories can connect each one of us both locally and globally.

Want to create your own unique visual experience of life in the city? Immerse yourself in the layers of images in this new media installation by Anne Hanrahan, a maze-like configuration that shifts with each audience's movement through the space.

Eight boxes reveal the individual experiences of eight Glory Hole Gallery artists. Look through the holes to see the world from a different perspective.

Visit the lawn of a century-old high school where you'll be surrounded by tarot cards, fortune-tellers, and popular activities like the Japanese gambling game "pachinko." This unique installation by visual arts students at UTS uses icons of "luck," "fortune," and "determination" as allegories of migration and settlement.

For the best perspective on all the action taking place at Nuit Blanche this year, the Hendrick's Hot Air Balloon will be the place to be. Hovering at almost 45 feet above Nathan Phillips Square and covered in cucumber-themed art, this is will be a spectacle worthy of Nuit Blanche.

You'll have to apply for a chance to get on the balloon, which you can do on the website or you can try your luck during the night by going to Nathan Phillips Square where you have a chance to win a ride.

Nuit Blanche is a huge photo opp, so why not tag your photos on Instagram for a chance to win prizes? The contest starts when Nuit Blanche does at 6:58 p.m. on Saturday September 30 and the deadline to submit is the end of day October 1.

All you have to do is tag your best shots with the #blogTOnbTO hashtag. Not on Instagram? You can also e-mail the photos to us at challenge [at] blogto [dotcom].

We'll then narrow the entries to ten finalists and put the winners to a vote from October 2 to October 8 after which the winners will be announced.