A public art renaissance is quietly taking place on the TTC right now. The new stations on the Spadina Extension all feature significant public art components, while accessibility and other upgrades at older stations serve as the occasion to beautify these spaces.

Two stations that date back to the 1970s are now set for major makeovers. By the end of the year, Yorkdale Station will witness the return of Michael Hayden's incredible light installation Arc en ciel, which was unceremoniously disassembled in the 1990s.

And, thanks to a recent vote by the TTC board, the roof of Glencairn Station will once again be home to a multi-coloured treatment by Rita Letendre, the artist responsible for its original artwork titled Joy. 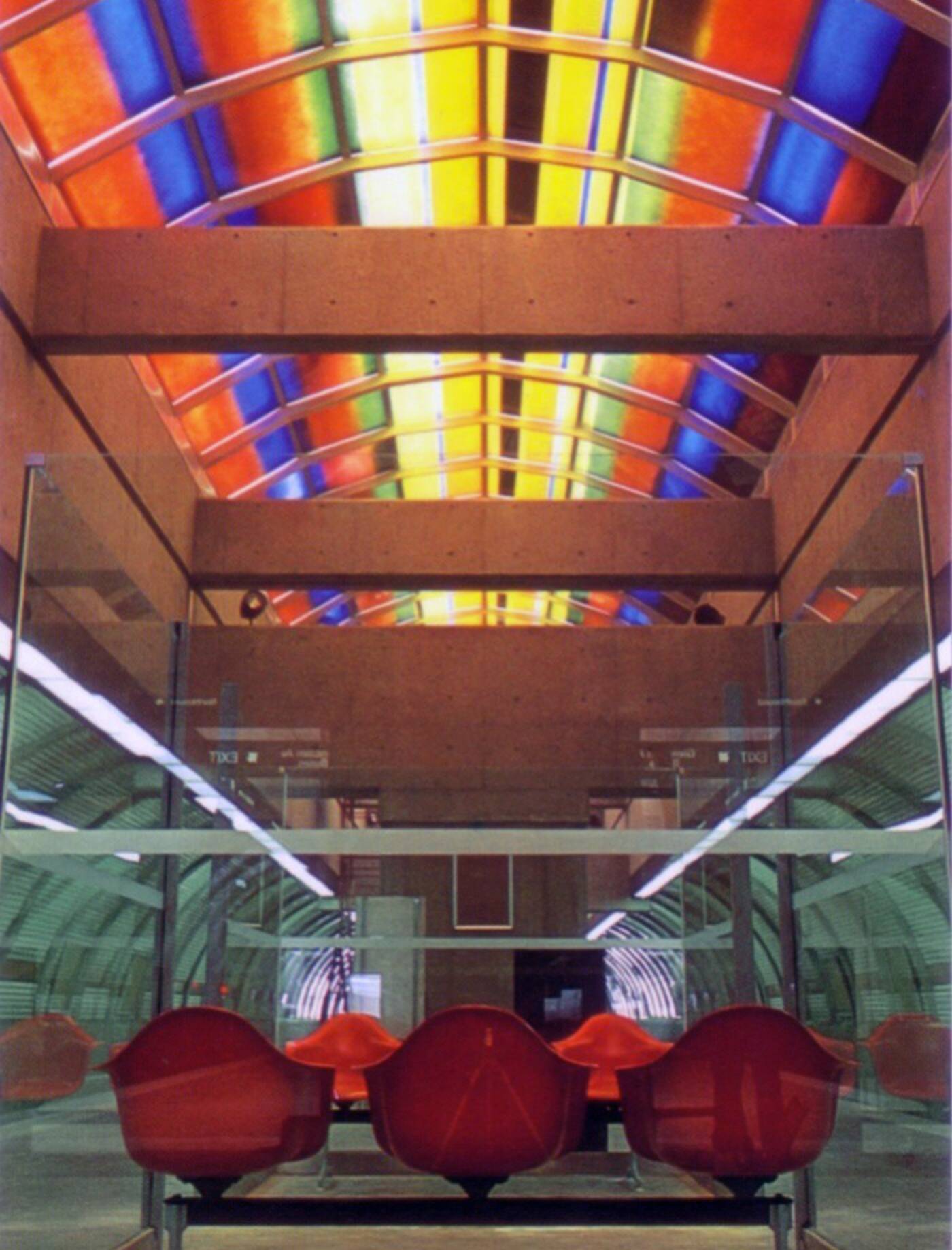 What the original Joy artwork looked like at Glencairn Station. Photo via Robert Moffat.

Before you get too upset about the TTC spending buckets of money on public art when it struggles to meet service standards, it's worth noting that Glencairn's glass roof needs replacing.

The existing skylight is roughly 35-years-old and has a serious leakage problem. The contract for replacing the skylight is just over $10 million; a new version of the original artwork represents a small part of the cost. 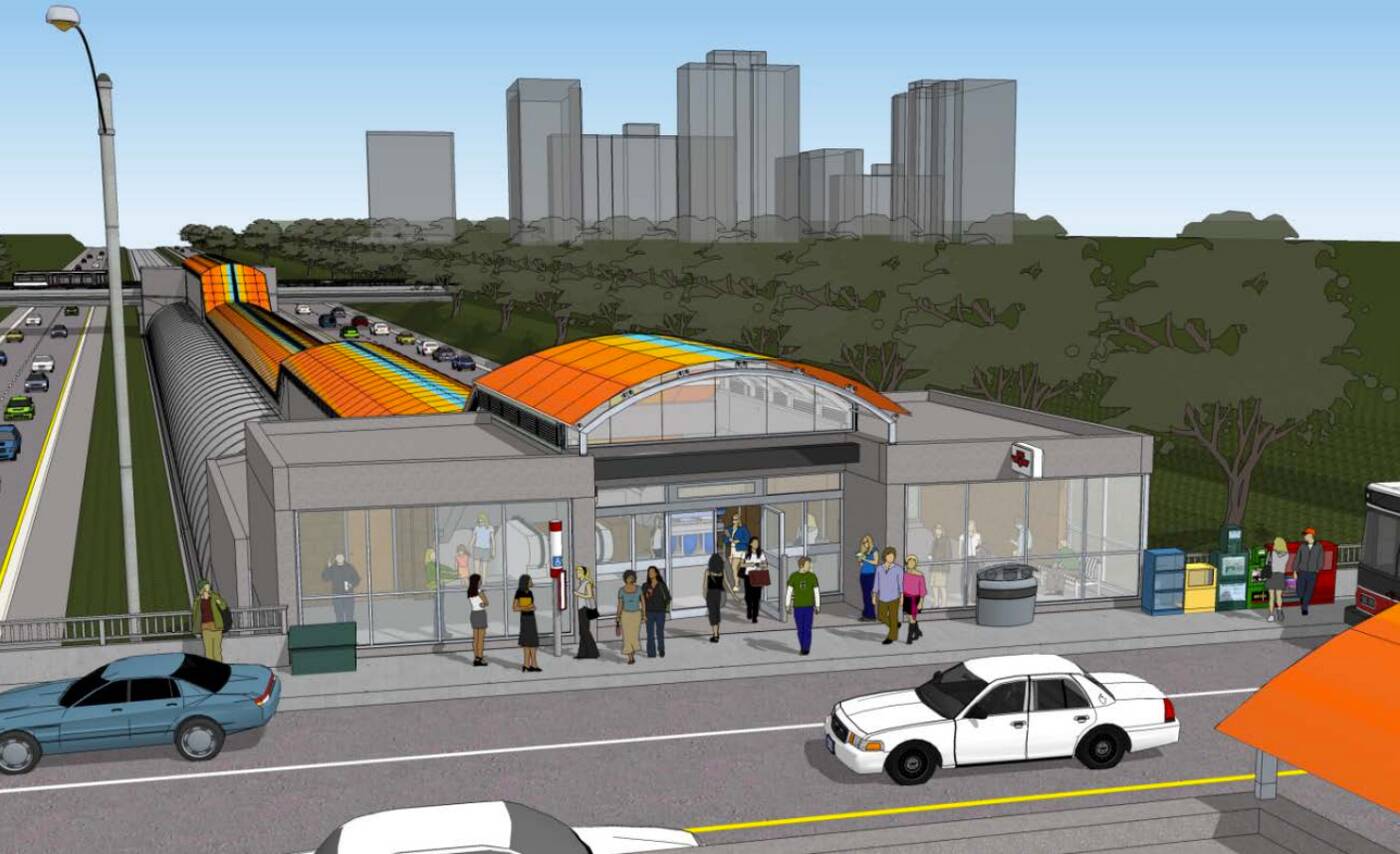 A rendering of what the new skylight at Glencairn Station will look like. Image via the TTC.

Glencairn isn't among the busiest stops on the subway line, which might be why the Adamson Associates-designed station is underrated when it comes to architecture and design. Once a new version of this colourful artwork is back in place, that should change.