Machines takes over the AGO for Massive Party

The Massive Party is always like a sophisticated acid trip - a soirée stuffed with sculptures, shiraz and strangeness, when even the 80-somethings dress like they're on a date with Miley Cyrus. 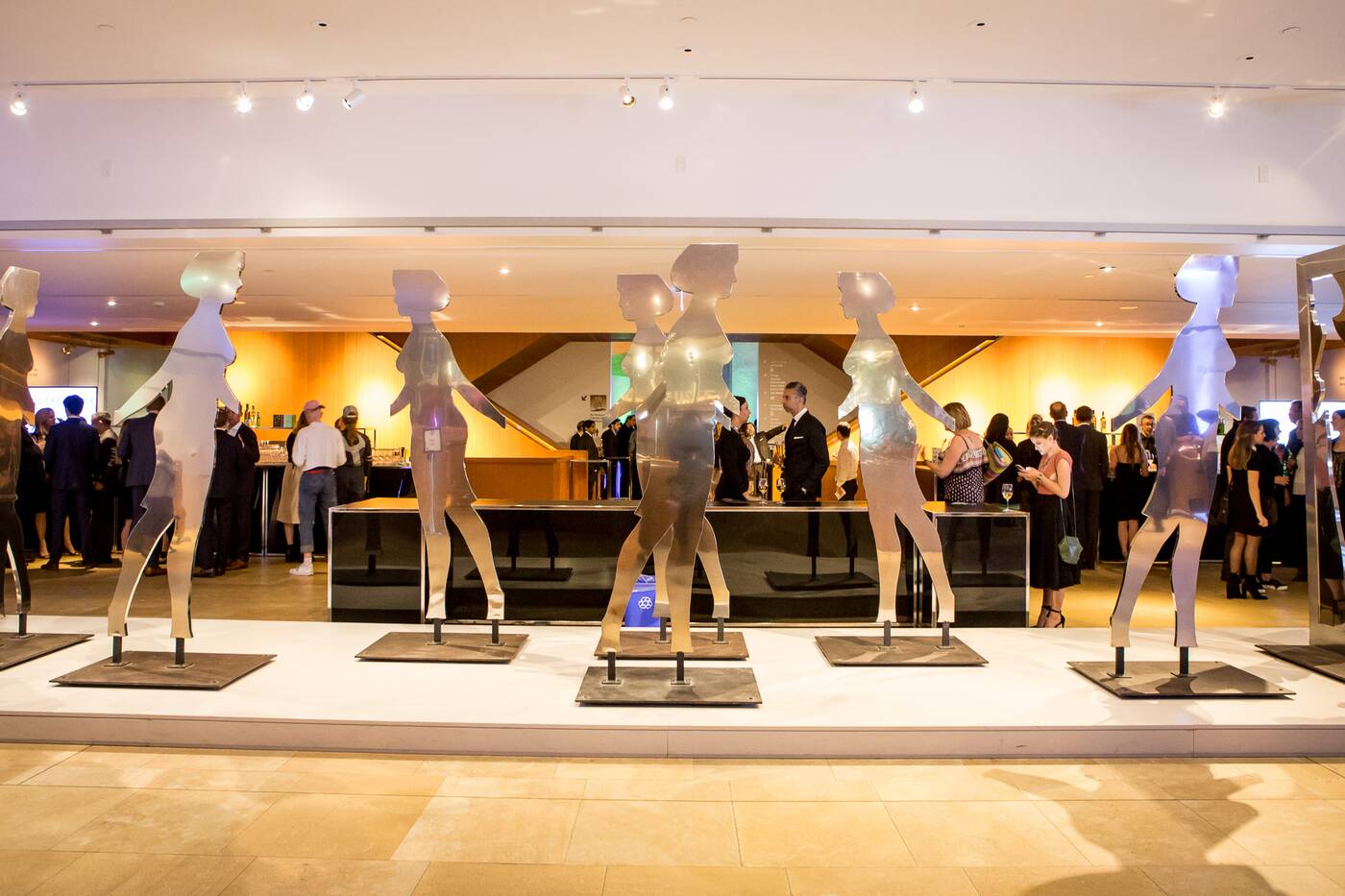 The 13th rendition of the fundraising event did not disappoint as it consumed three floors of the Gallery with techno-inspired everything.

The evening began around 9:00 p.m. In flooded the tangle of patrons who were as true to the theme as they possibly could have been, from bedazzled blazers and little black dresses twinkling with tiny LED lights, to robotic special FX makeup worthy of a Halloween house party, to metallic suits reminiscent of both catwalks and moon walks. 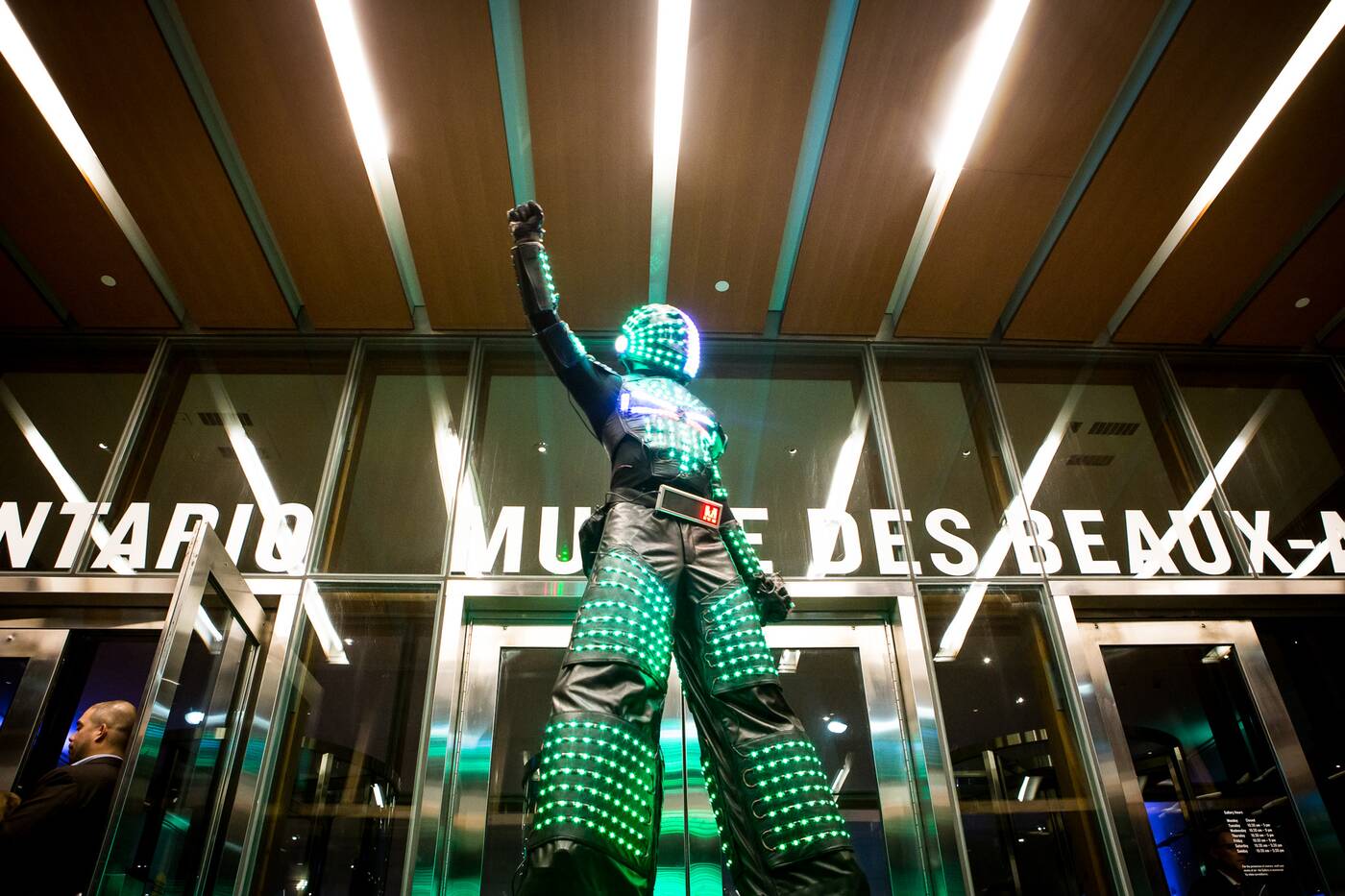 Guests were greeted at the entrance with a special performance by TI Bots, a 10-foot, light-up robot that would make Daft Punk jealous, before being ushered into the first floor of the fun, which was themed DIGITAL AGE.

The installations on this level were all by Toronto digital artist and animator Trudy Erin Elmore. 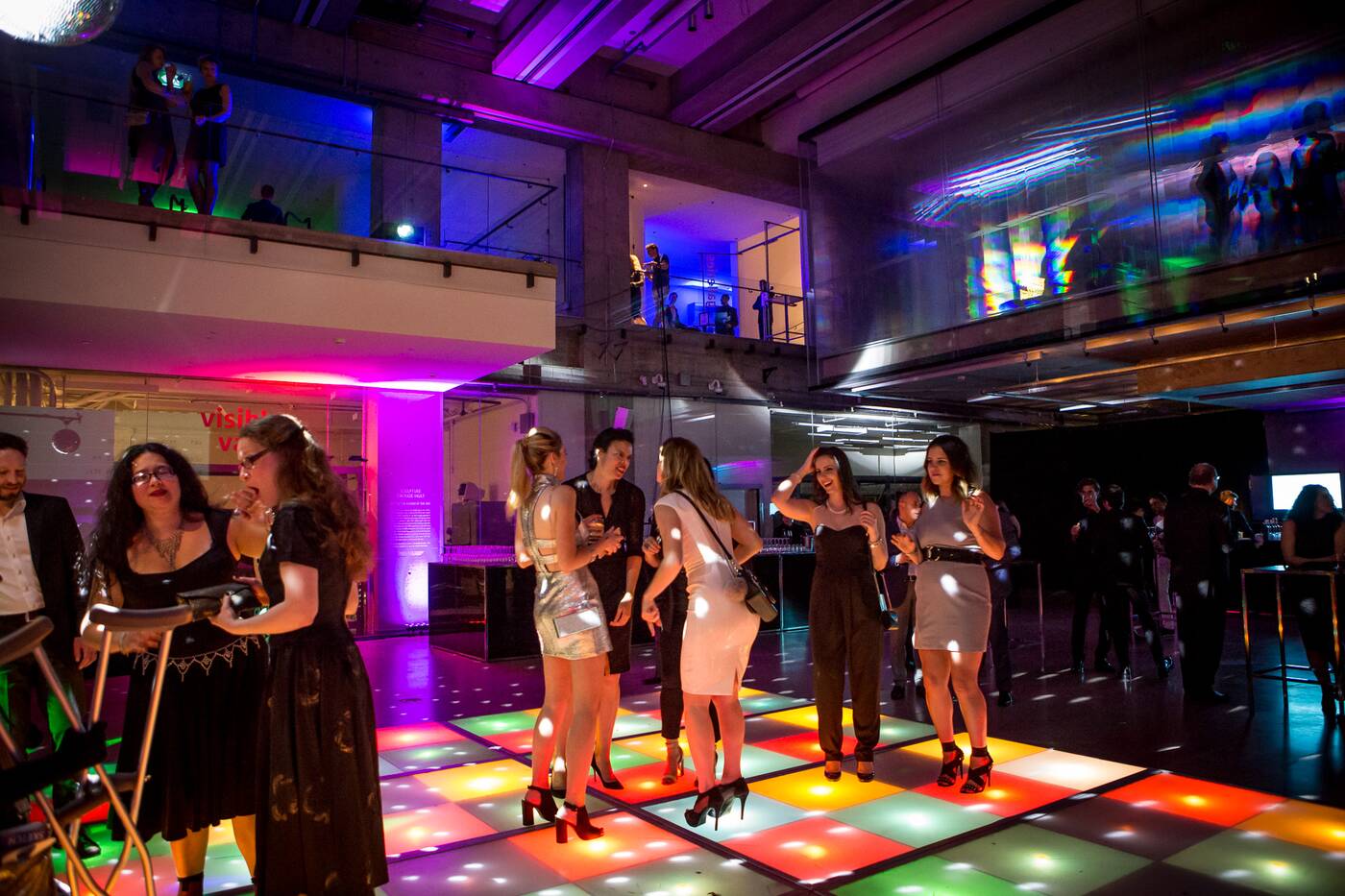 The whole floor was like one of those whimsical MacBook screen savers - those swishing, whirling knots of colour. DJs Shifra Rifka and Carson Teal's table of rainbow-flashing buttons fit right in as they pumped out atmospheric beats that coaxed the vibe of a mellow rave.

Some folks mingled with cocktails in one hand and their own digital devices in the other, snapping photos of the spectacles around them, while others allowed themselves to be mesmerized by Elmore's video installations that were essentially enormous pixelated kaleidoscopes. 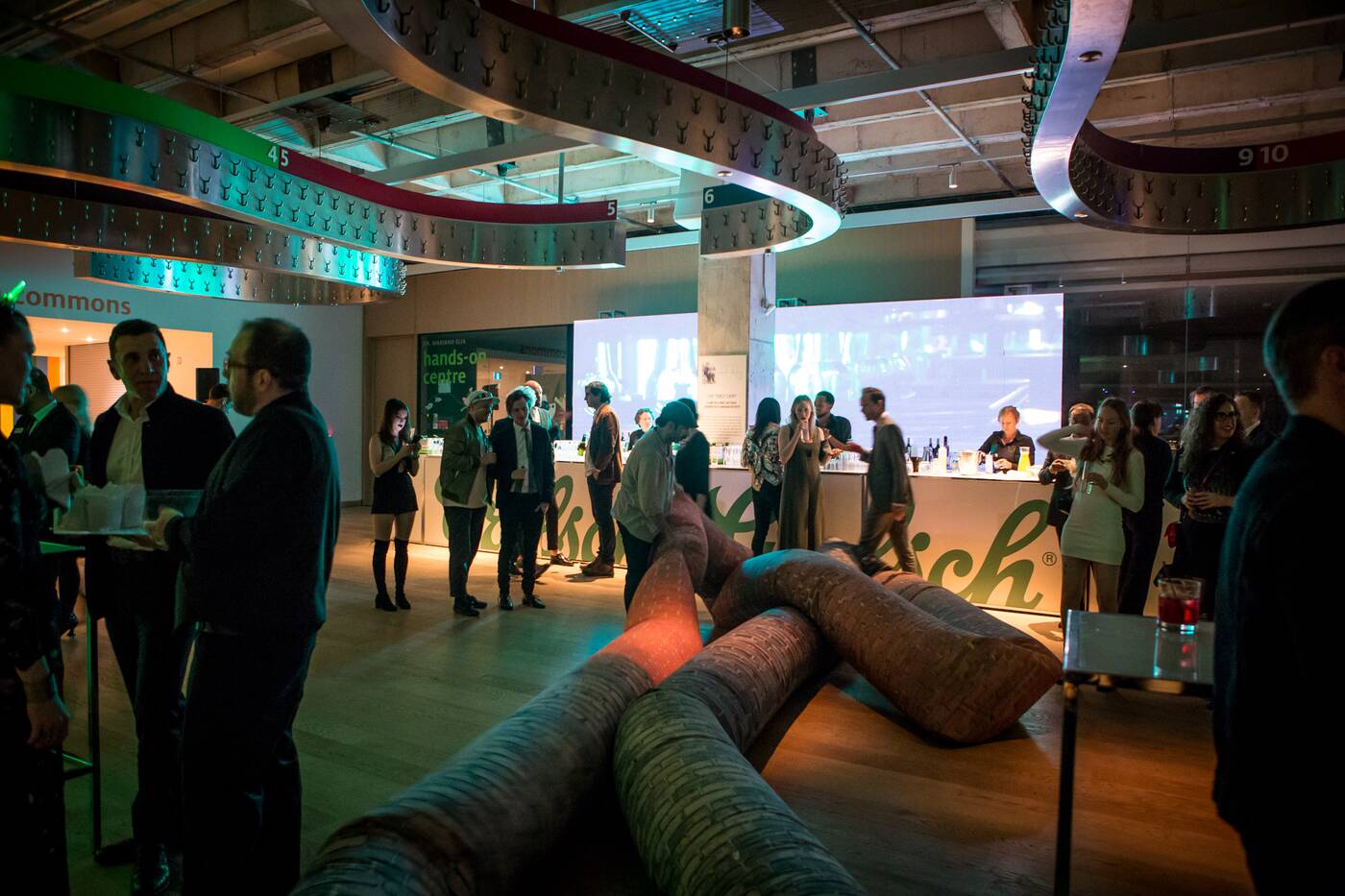 Below, the concourse level pulsed with the INDUSTRIAL AGE. Pieces by artist Jon Sasaki, another Toronto wonder, had people staring with philosophical question marks over their heads. 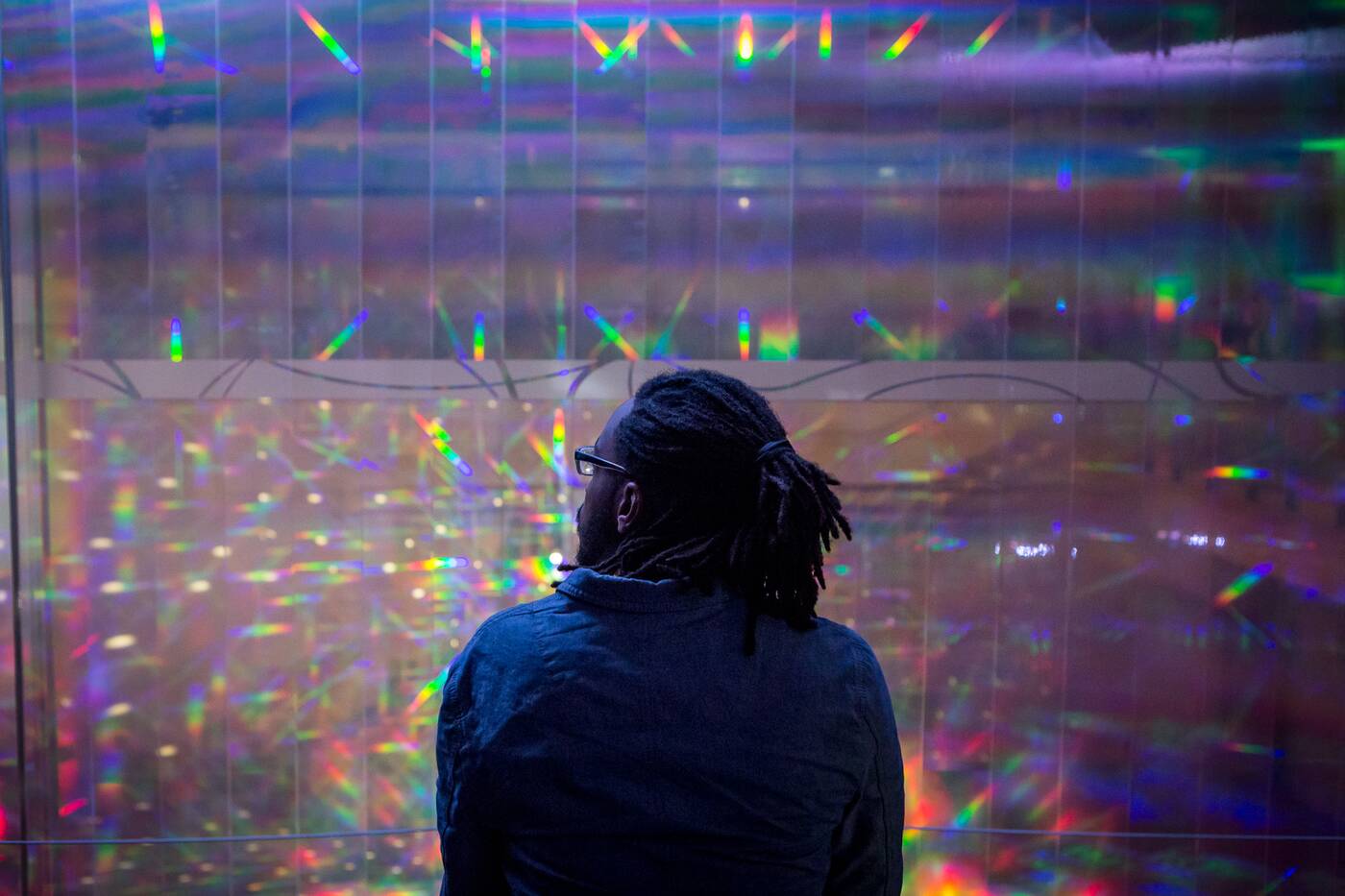 A mirage room by Jordan Söderberg Mills and sponsored by ARTO LifeWTR served up a trippy spot to sit and enjoy the view of the disco floor, which beckoned even those in the most Lady Gaga-like heels to come and sway. 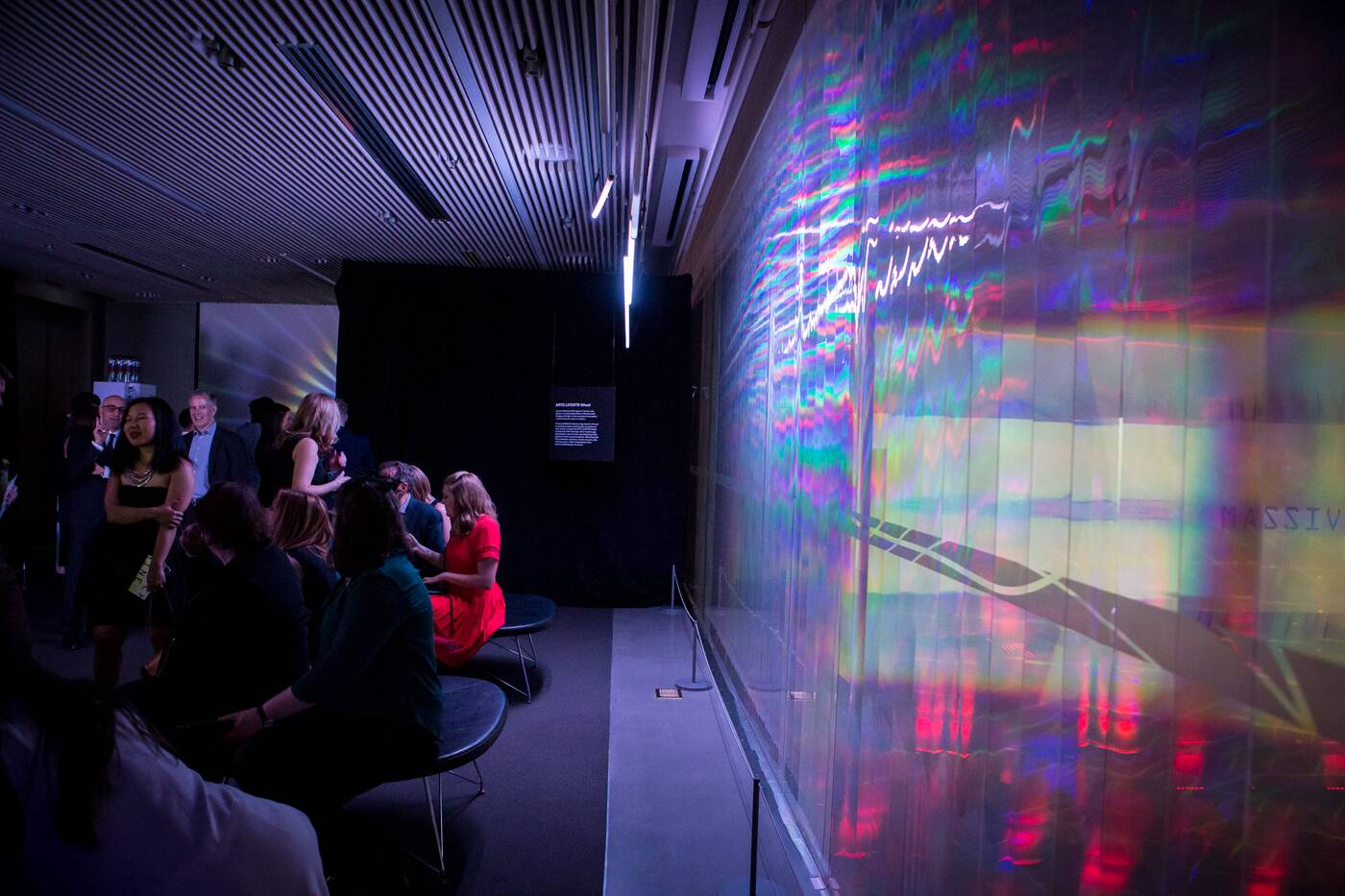 Up on the third floor - SPACE AGE - folks sipped on a very pink cocktail called “Space Odyssey” while gazing starry-eyed at installations by Harley Valentine, including a graphic of a revolving moon projected onto a wall and a series of shiny, pointy sculptural pieces. 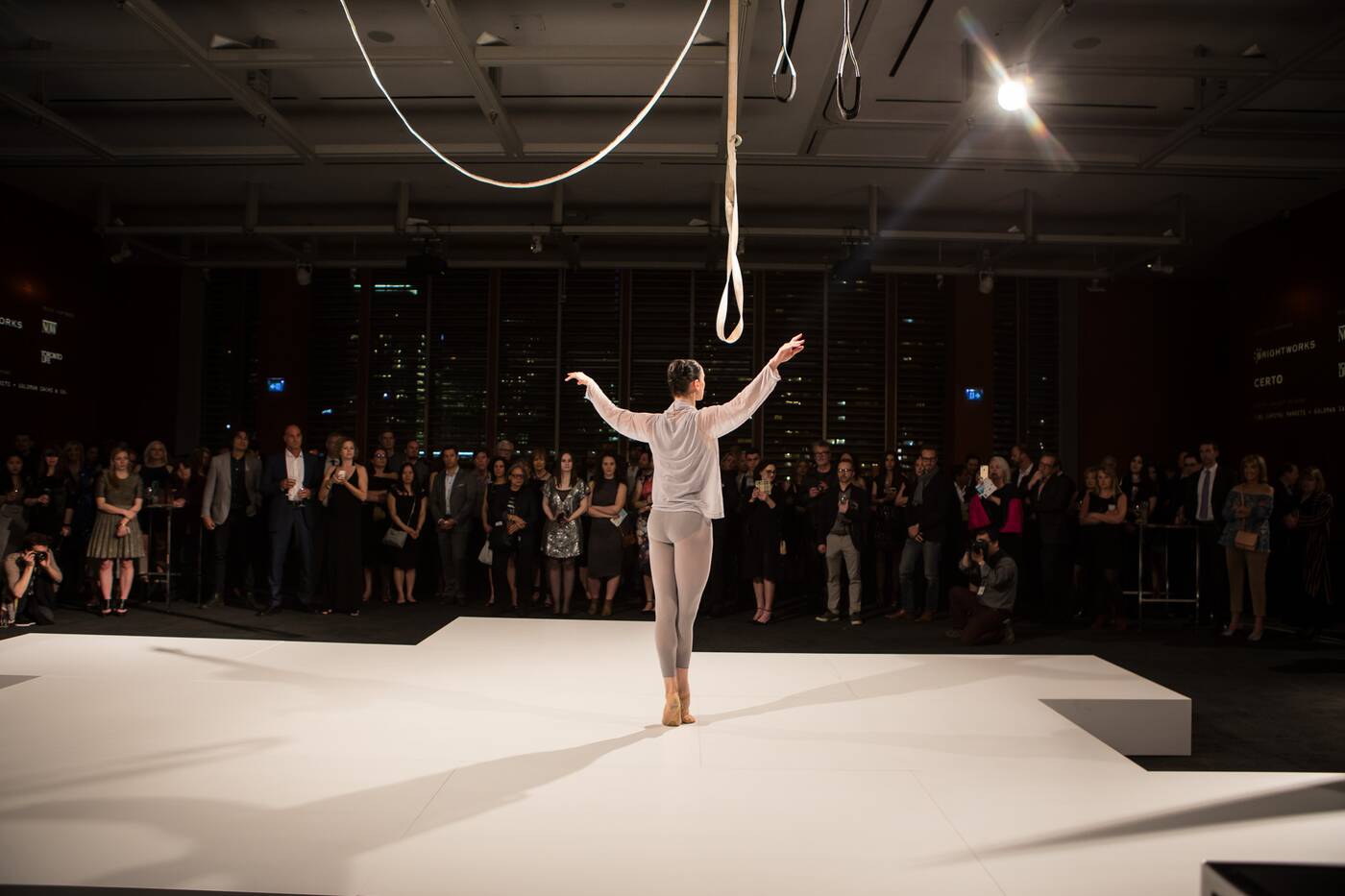 This space really came to life every half-hour, when ballerina Svetlana Lunkina strode onto the scene and interacted with the art, giving the audience a performance that reminded us (or at least me) that humans are possibly the most mind-blowing machines of all. 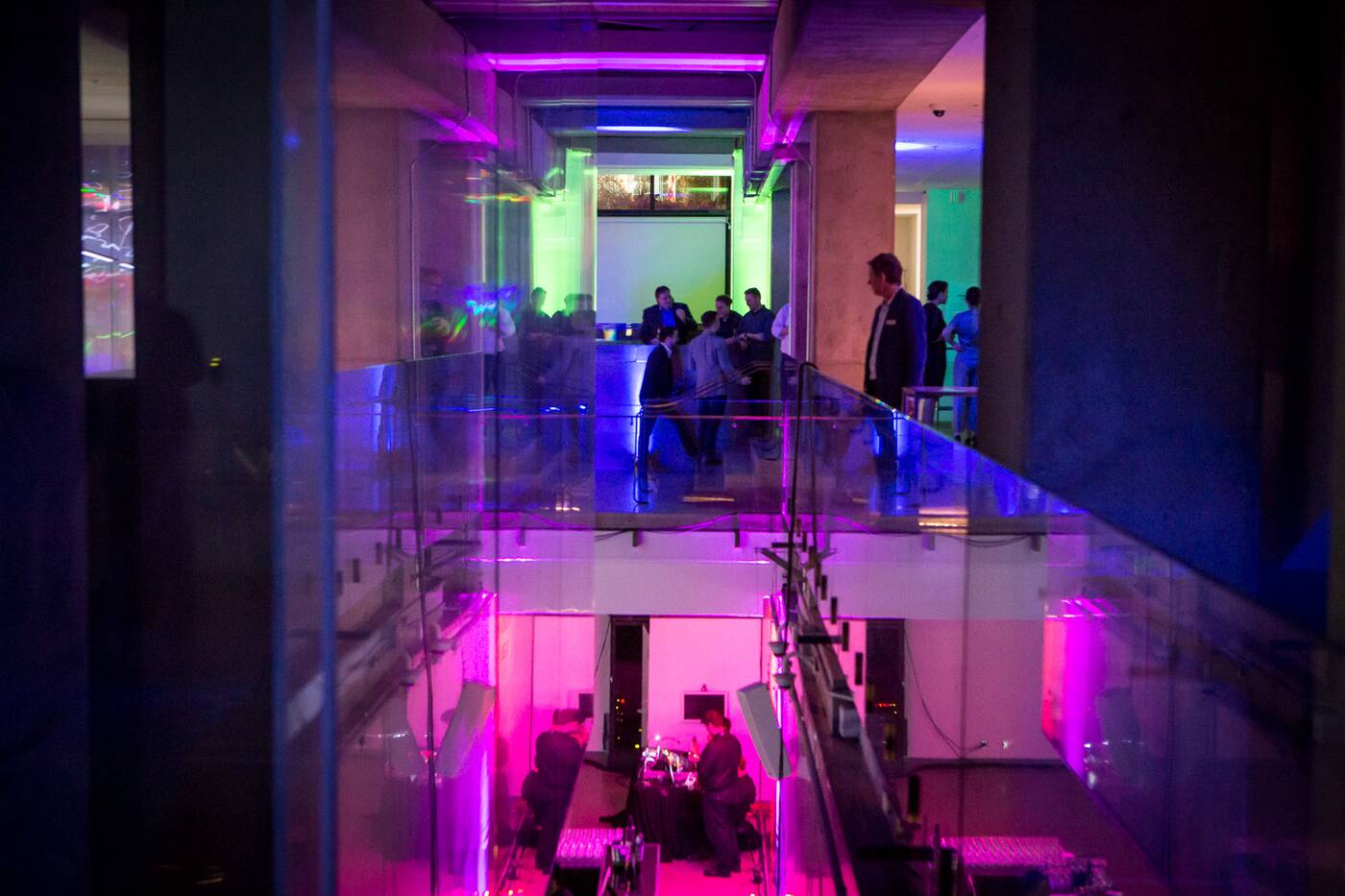 By 11:00 p.m., the place was crawling, and there was a half-hour lineup just to get up to the third level - and, as per annual tradition, the party was just getting started.

After all, the Massive Party is held in the name of two very important causes: supporting the AGO, and getting its supporters wasted. 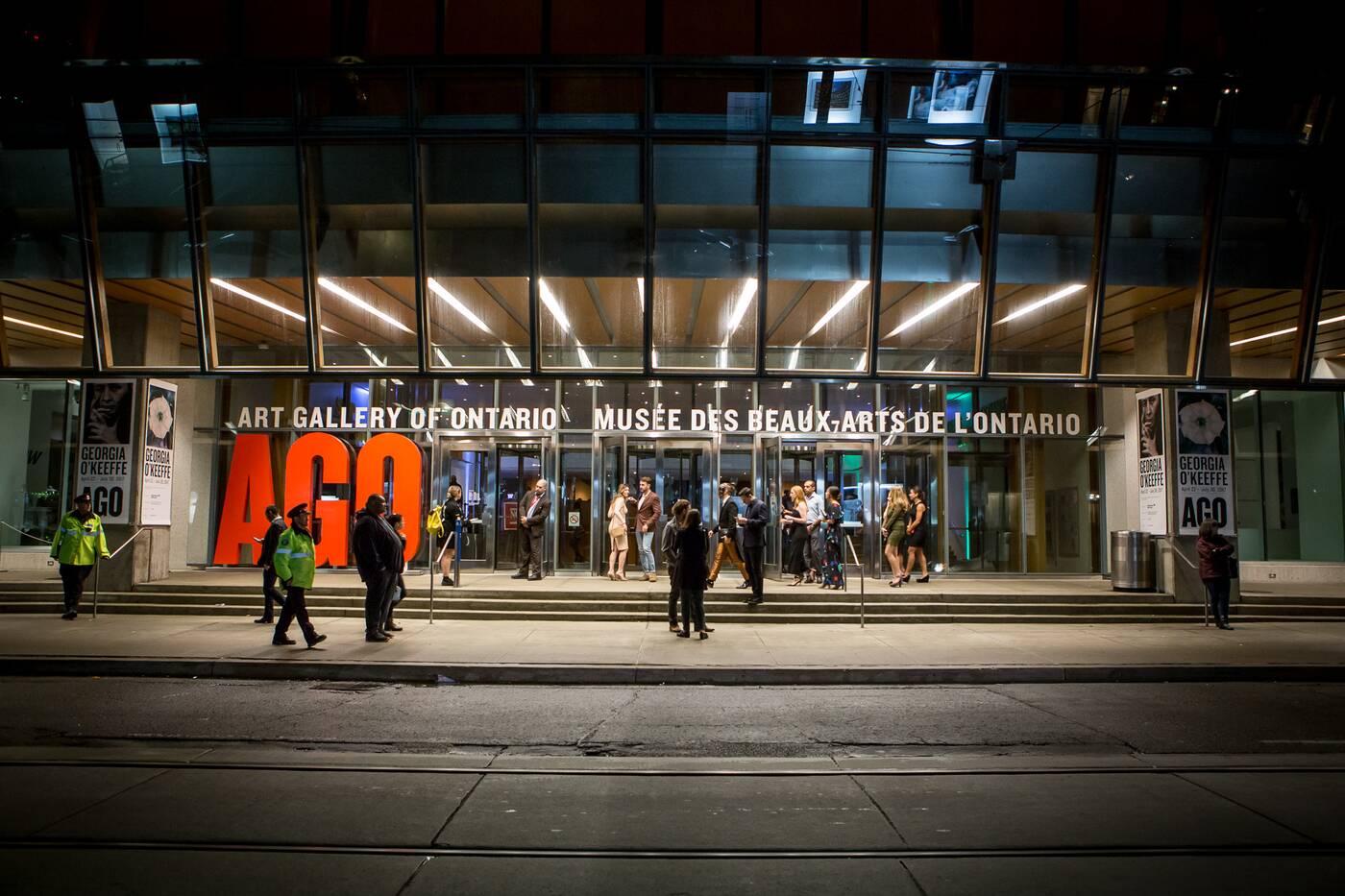