The tough economics of art trade shows in Toronto

Art trade shows are overwhelming. They usually take place in cavernous convention centres, which fill up with a seeming endless number of booths.

At some, such as Art Toronto, major contemporary galleries run the show, but at the Artist Project, which wrapped up last weekend, individual artists shell out a few thousand dollars to participate. But despite the cost, many think it's a worthwhile investment.

The international trade show and exhibition company Informa Exhibitions runs many of Toronto's biggest art fairs, including Art Toronto, the Artist Project and the One Of A Kind Show & Sale.

At this year's Artist Project, approximately 15,500 attendees walked through the Better Living Centre throughout the weekend. 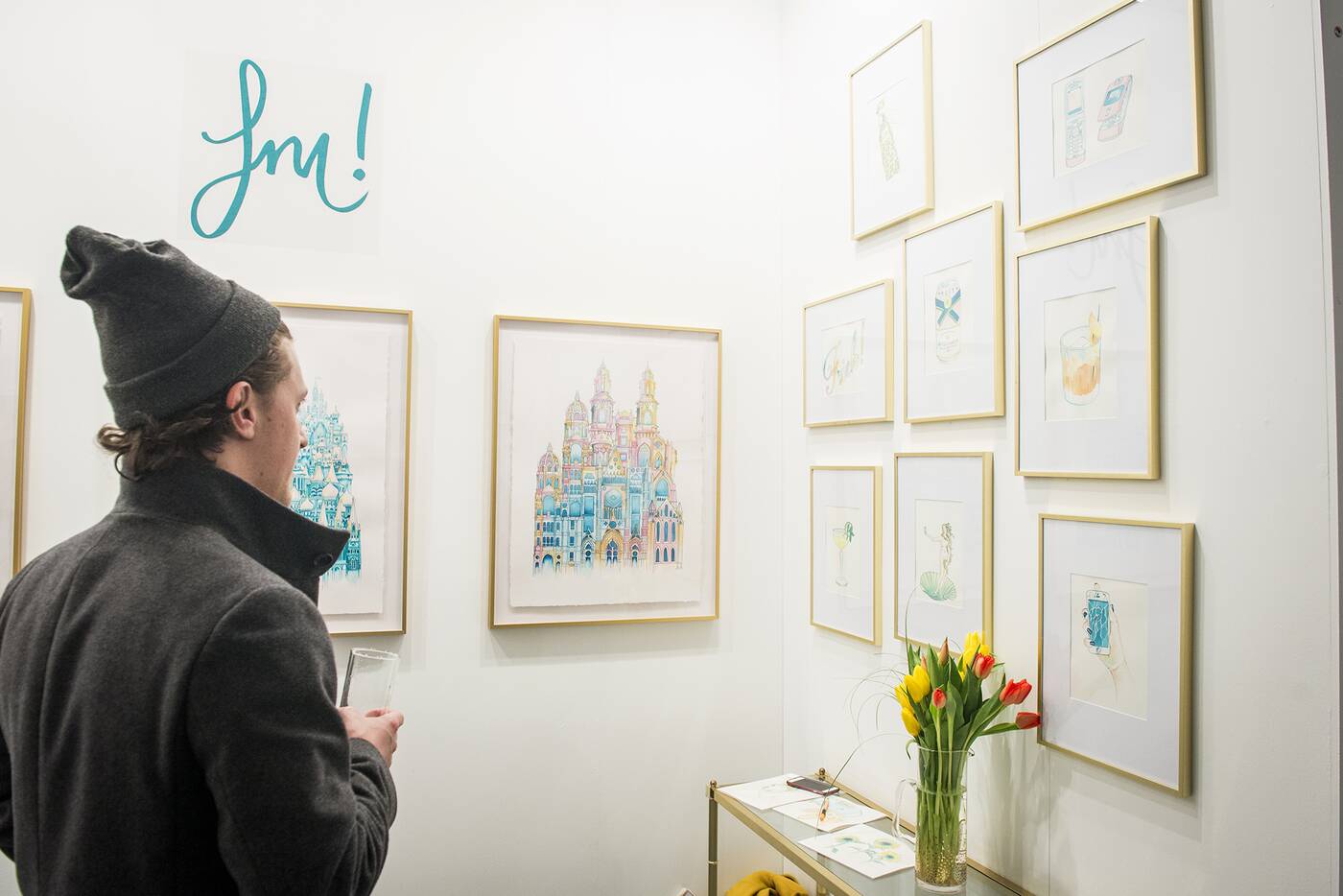 And getting eyes on her work was one of the reasons illustrator Julia Monson shelled out $2,000 to be one of the 330 artists exhibiting at TAP.

"After art school, you’re so used to critiques and feedback and the minute you’re out of art school, you lose that so it was kind of nice to get that back again and start conversations about my artwork," she says. "That was invaluable to me. That was amazing."

Monson sold seven of the 12 pieces she brought to the weekend-long event, which surprised her. 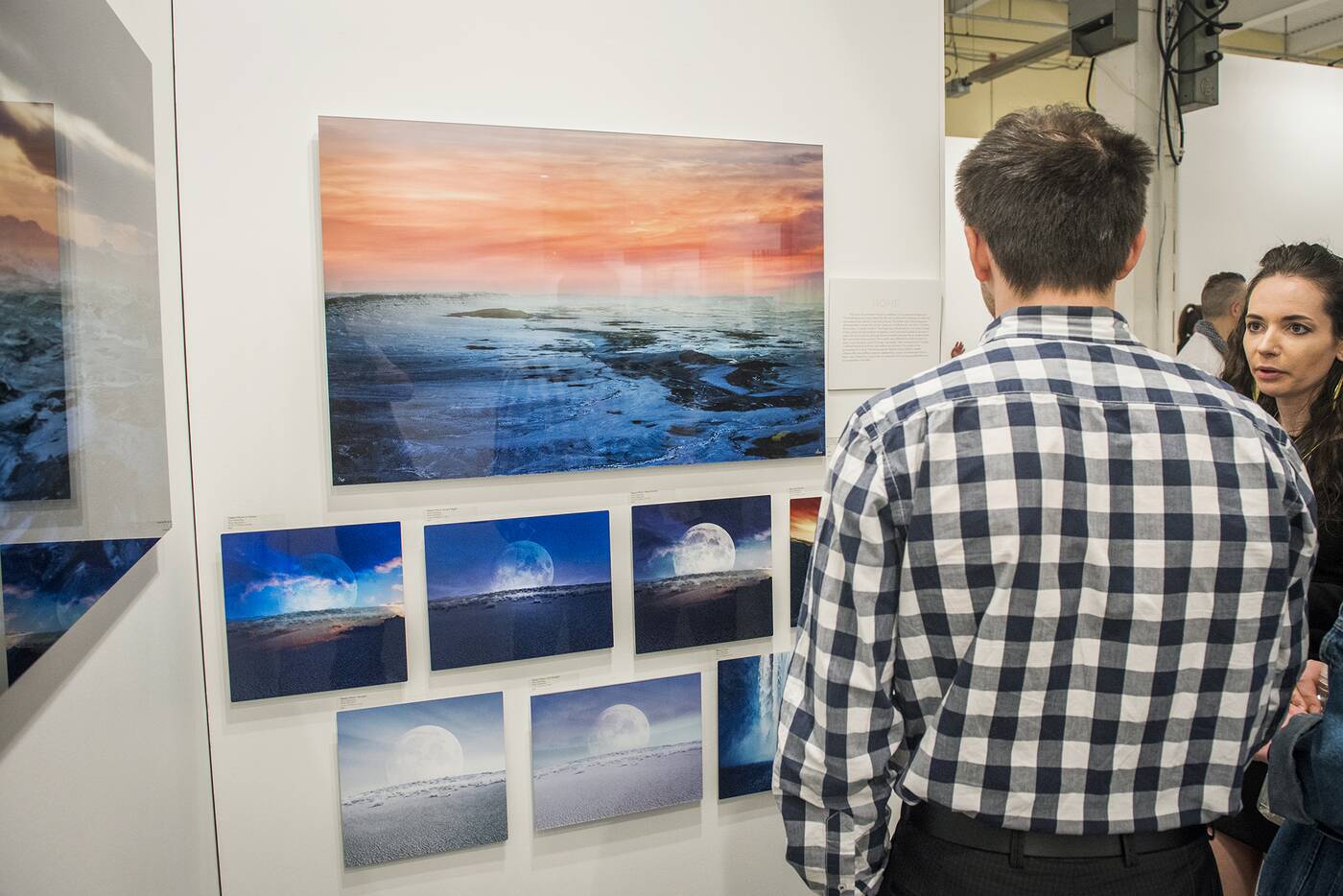 Photographer Alice Zilberberg knows many of her sales can come weeks, months or even years after a show like this.

Events such as TAP help artists build up a client base and develop repeat customers.

Zilberberg started at TAP as one of the Untapped Emerging artists in 2011. Back then, her booth was free, but this year, she spent $4,000 - there's a base rate for different size booths and essentials, such as lights and Wi-Fi, are extra.

While Zilberberg knows a lot of artists avoid these shows because they're expensive, she thinks they make sense.“Even if you just make enough money to cover your booth, hopefully, you get clients,” she says. 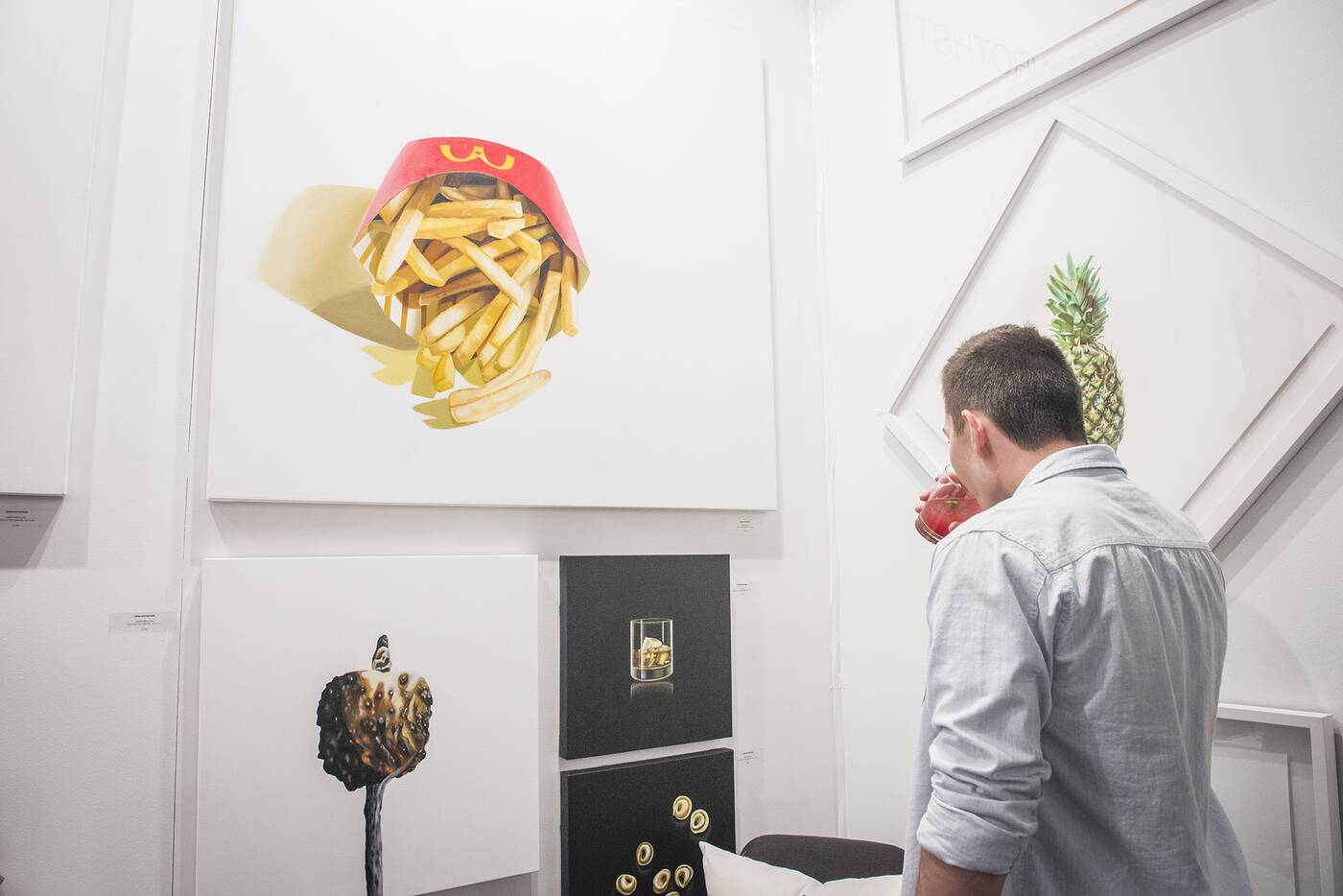 Erin Rothstein, who's originally from Montreal, used these types of trade shows to get more involved in Toronto's art scene. She exhibited at TAP for the first time soon after she moved to the city.

“It was a tremendous experience for me and I’ve just been hooked ever since," says Rothstein, who's well-known for her hyper-real paintings of food.

This year marked her fifth time participating at TAP and she sold around 45 pieces.

But for many, the exposure itself is worth the price of admission. "People come and buy your art," notes Zilberberg. "What could be better than that?”