After Donald Trump's travel ban came into effect, Toronto-based photographer Adam Zivo saw a troubling Facebook post from one of his friends.

The friend, who's Canadian, is studying law in the States and felt trapped across the border because he's also a citizen of one of the seven countries impacted by the ban. 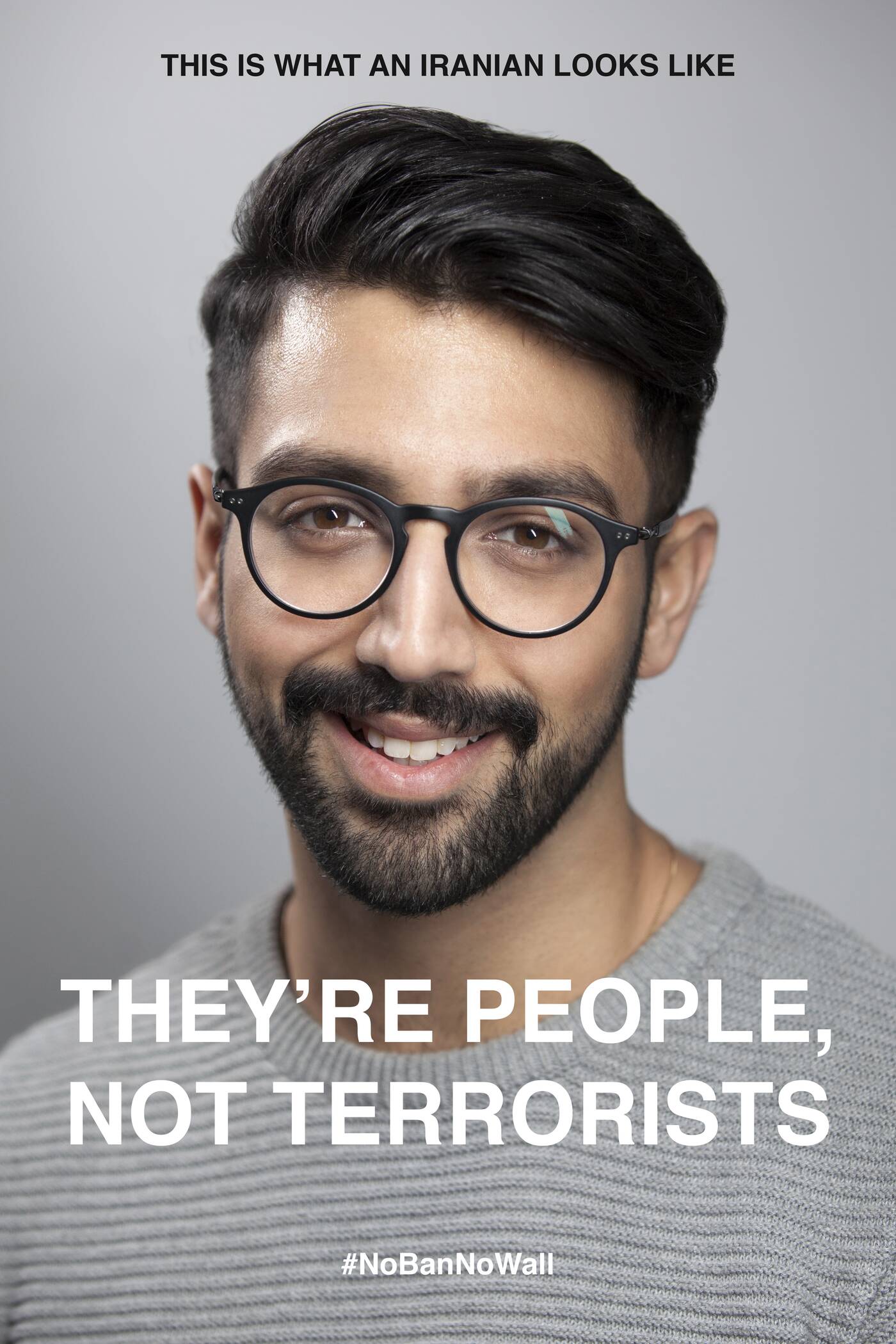 Zivo felt he needed to do something in response and started a photo project featuring portraits of individuals from Iran, Iraq, Libya, Somalia, Sudan, Syria and Yemen. After the ban was temporarily lifted, he refocused his initiative.

"I reconceived it and made it about humanizing the affected nationalities in general and tried to make it something that could perhaps spread beyond Canada," he says. 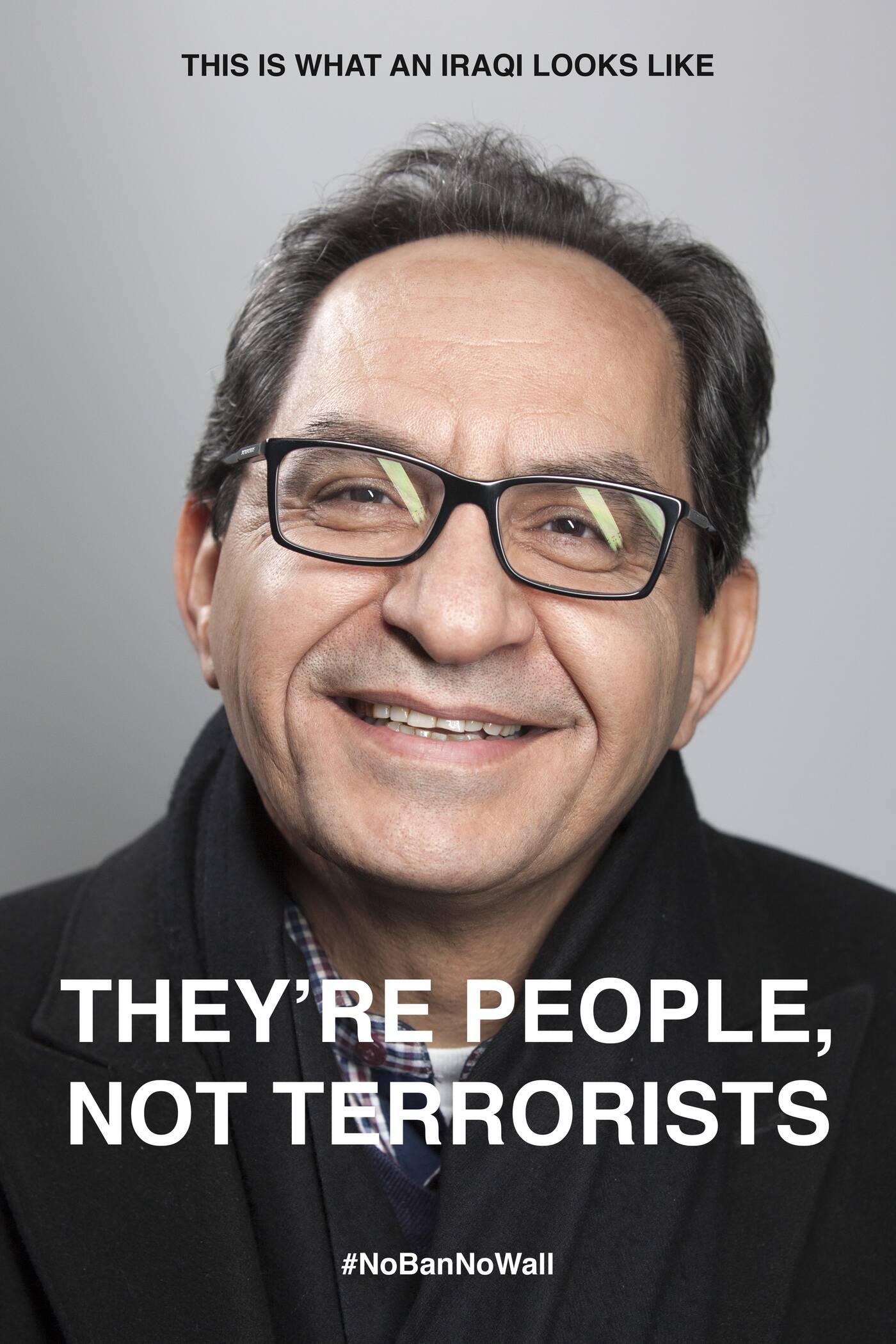 They're People, Not Terrorists is a social media campaign and Zivo hopes to have non-profit organizations, especially those that help refugees and newcomers, use the photos however they see fit.

"Non-profits don’t have the budget or the flexibility to put together high-quality photo campaigns often," he says. "So I thought to make this like a ready-made campaign that could be given to whoever needs it and whoever wants it."

By connecting with the Arab Community Centre of Toronto, Zivo got his project off the ground, but he's still having trouble finding a participant from the Libyan community.

Earlier this year, Zivo created the #LOVEISLOVEISLOVE campaign in response to the Orlando nightclub shooting. This photo project, featuring LGBTQ+ couples, debuted in Toronto and later made its way Ottawa Pride. 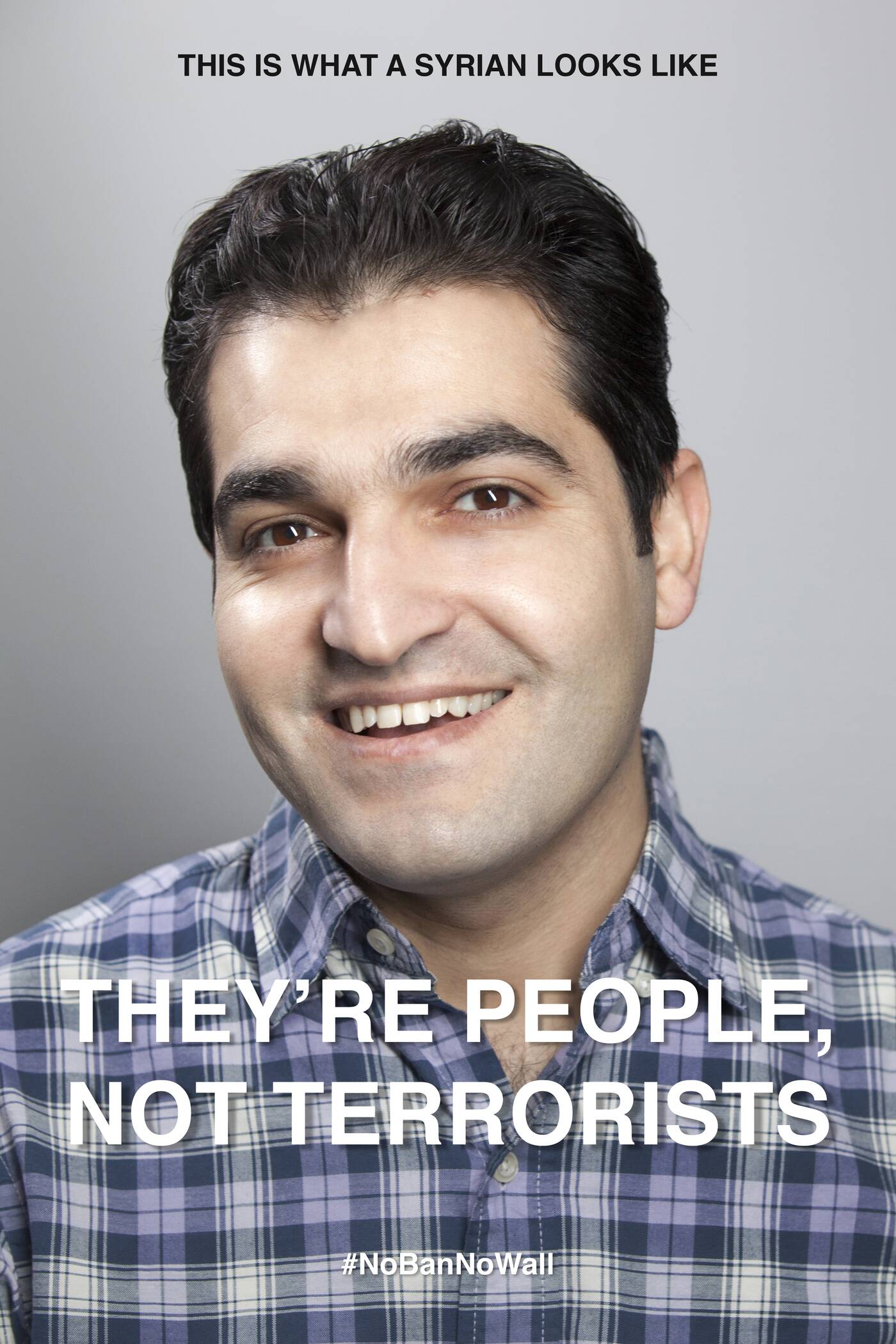 It gained traction on social media and that experience helped Zivo develop his latest campaign.

"I think it demonstrated that there’s an appetite for positive images that can be shared on social media that humanize groups that are sometimes vilified in society," he explains.

Zivo knows some critic call the proliferation of these types of social media campaigns slacktivism. 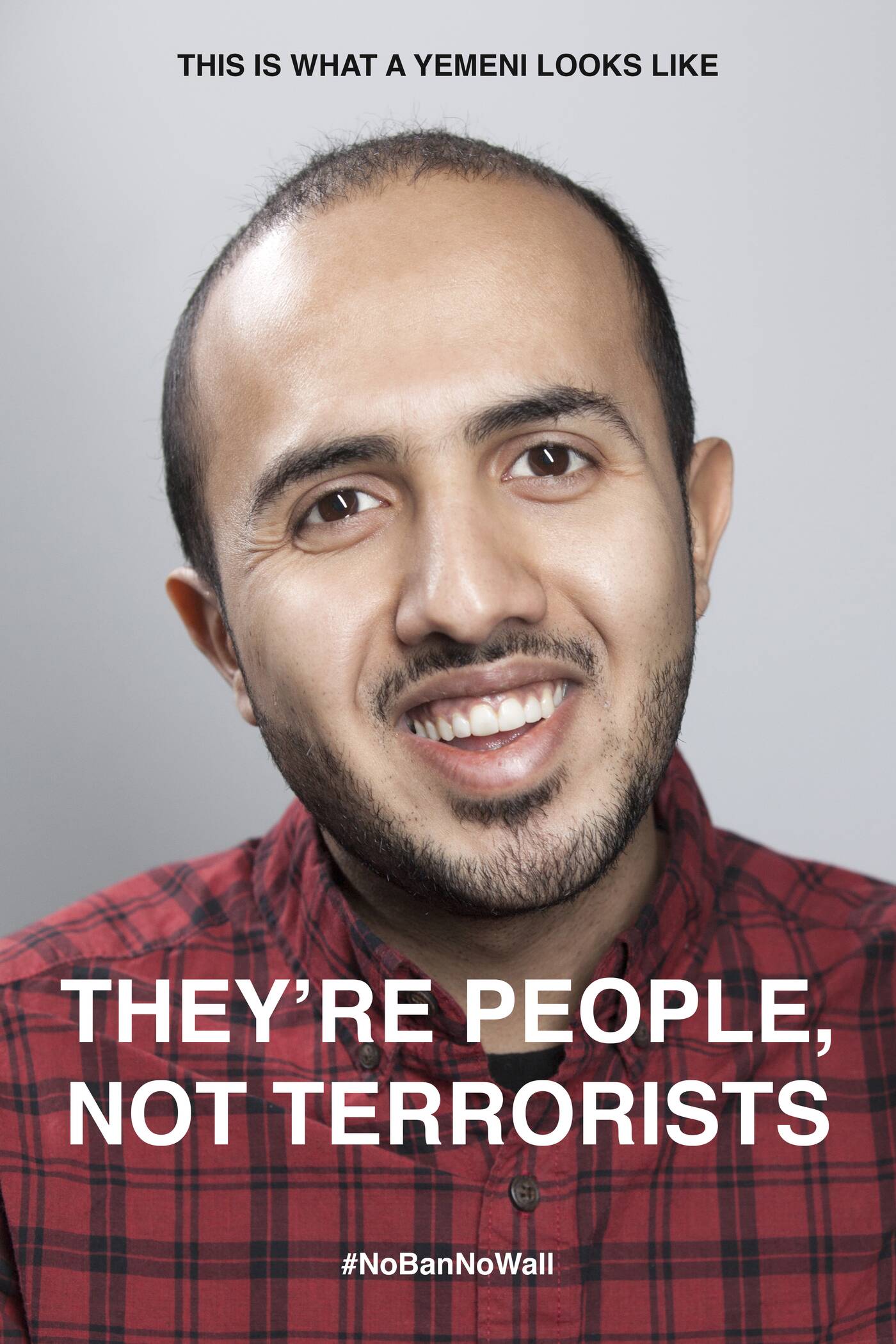 However, he sees them as promoting political engagement. He's included a call to action with his photographs and encourages participants to contact their political representatives about condemning the ban.

"Even if five per cent of people do that," he says. "It’s still something."