If you've seen a post-apocalyptic image of Toronto recently, chances are you've scrolled passed or doubled-tapped one of @bora.vs.bora's mesmerizing photos. The photographer not only captures our skyline, but he also plays around on Photoshop and shares his mesmerizing and cinematic creations via social media.

Bora has well over 100,000 Instagram followers, but he has a full time gig outside of the social media platform. 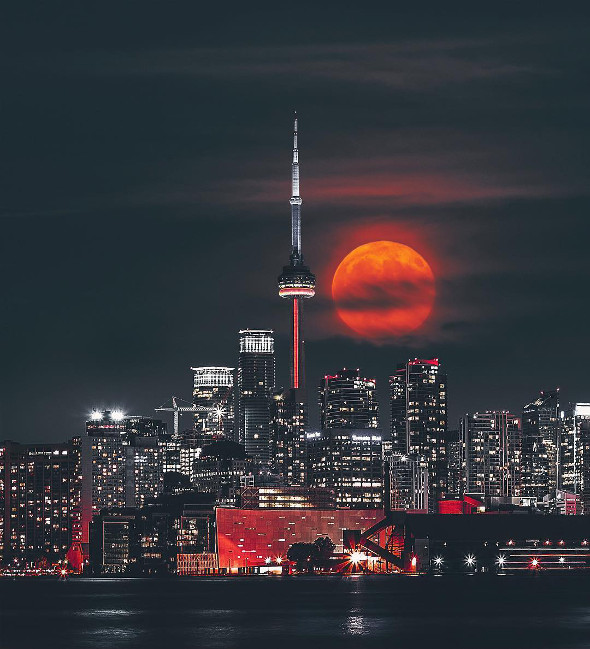 He works as a design director and as a managing partner at a multinational digital agency; he's often the one directing rather than capturing the assets himself. 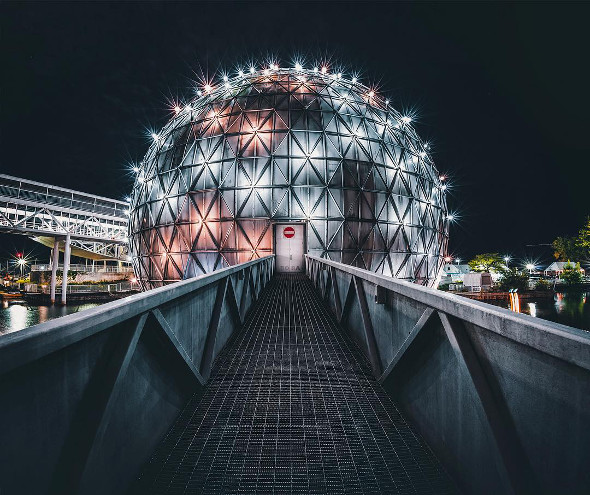 He started his Instagram account back in 2014, which really isn't that long ago. "I always have my camera with me. It doesn't matter where I am or where I go, I always shoot," he says. That's key advice he'd give to those just starting out. 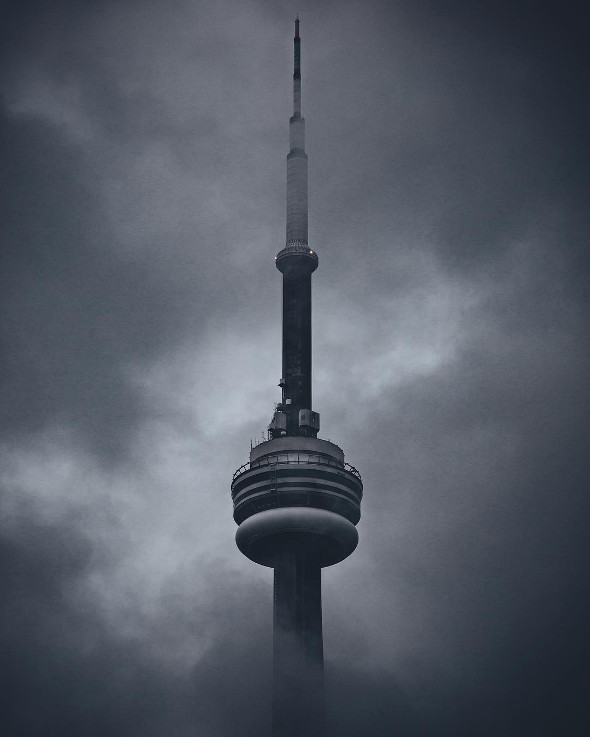 In his own practice, he's often inspired by dystopian and sci-fi movies when creating his surreal-looking, photoshopped composites. 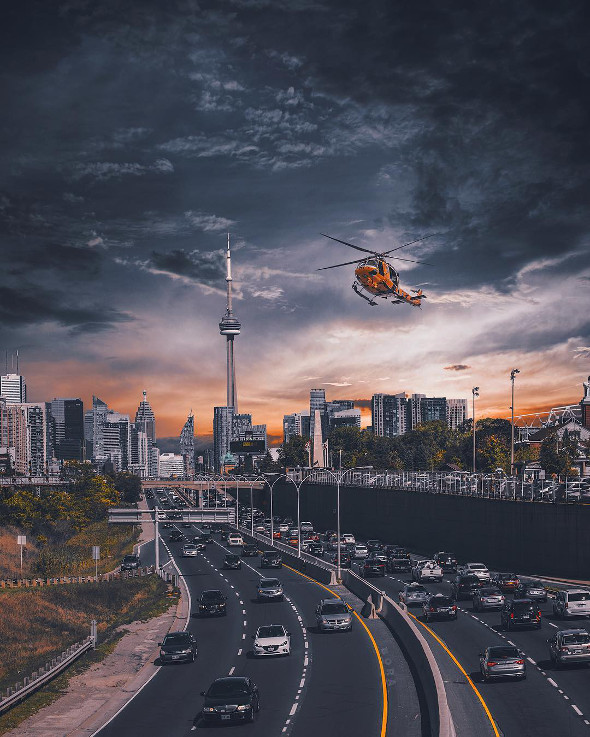 He thinks Toronto lends itself well to this style because parts of the city, such as the Financial District, act as a blank canvas - that's why so many movies set in New York and Chicago are shot here. 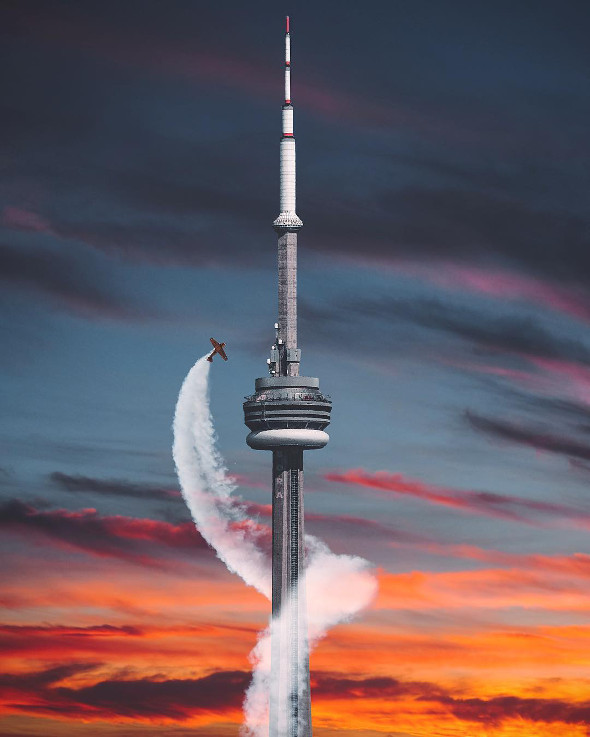 But while the city is filled with lots of cold architecture, there are plenty of spots where nature meets these human-made objects. "When you pair those up, even together in one shot that's like a super interesting juxtaposition," he says. 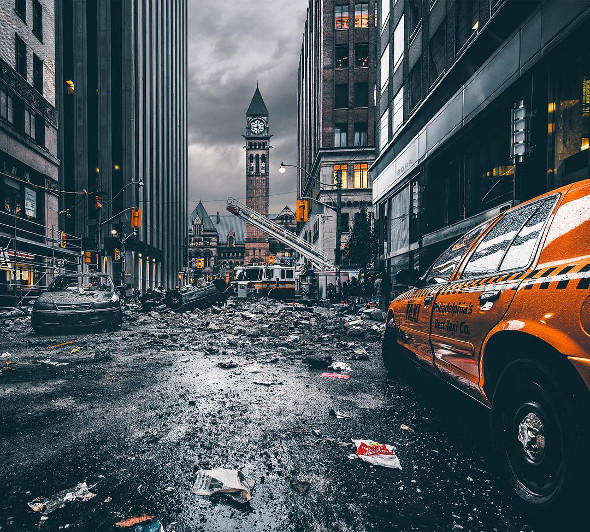 And by capturing the city daily, over the past few years, his perception of Toronto as changed - for the better, that is. "The camera kind of led me to see the city completely differently than before," he says. 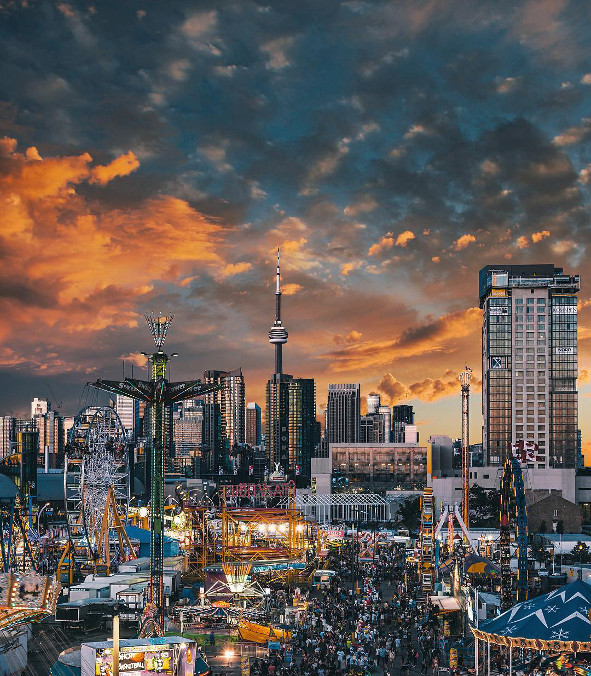 His camera leads him off the beaten path. "If you think about it, when you're in the city, you're typically going from point A to point B," he later continues. "But with a camera, you're actually stopping along the way and paying attention to the stuff that you would typically ignore." 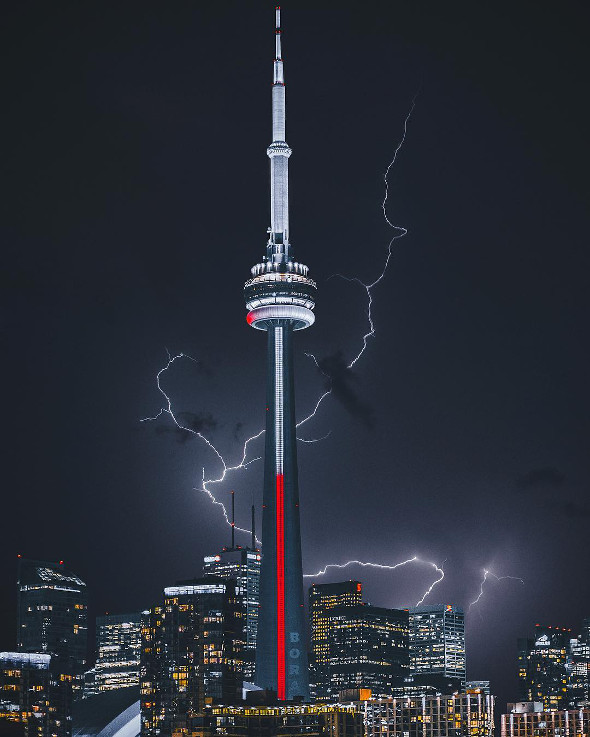