Ontario Place finally brought back to life by new festival

Ontario Place shuttered in 2012 and since then has been left vacant save for nearby concert venues like the Molson Amphitheatre and Echo Beach. Nature has taken over. Plants and trees have grown onto pathways and buildings, while animals like beavers, muskrats, and heron have made the former amusement park their home..

With the exception of the odd event rental and Ontario Place maintenance staff roaming the 14-acre property, there's no life on the island portion of the property. Well, that is until now.

Layne Hinton and Rui Pimenta of Art Spin, one of the city's most imaginative and brave art presenters, got an all-access pass to take over the island in October 2015 and haven't stopped since.

In a now-or-never type situation, the two of them embarked on a journey that eventually led them to in/future: a "transformative art experience" with multiple levels of governmental funding that will forever change the way we think about Ontario Place.

After bringing a group of nearly 400 cyclists onto the island last year for an Art Spin event (they spent 45 minutes on the island) everyone was giddy, and Hinton and Pimenta could feel the excitement. That's the moment that sparked the project. 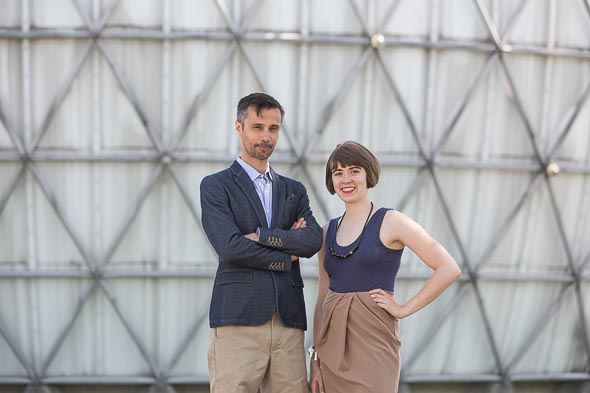 "It was so exciting," Hinton says. "Seeing people's reactions and having Ontario being ok with something more got us started on the initial conversations."

"Ontario Place has a vested interest in seeing this place active and have been super supportive in allowing us to realize that," Pimenta adds.

The two are so ecstatic about the 10-day project they finish one another's sentences. They've been on site pretty much every day since last October and now know every space inside and out, just like visitors will when doors open September 15.

"This was born out of the excitement that came from the space itself," Pimenta says. "In the same way that we were seduced by the site to scout out whether an Art Spin tour would work in 2015, we then used the same strategy to work with artists for this project. We invited everyone on site and let it speak for itself." 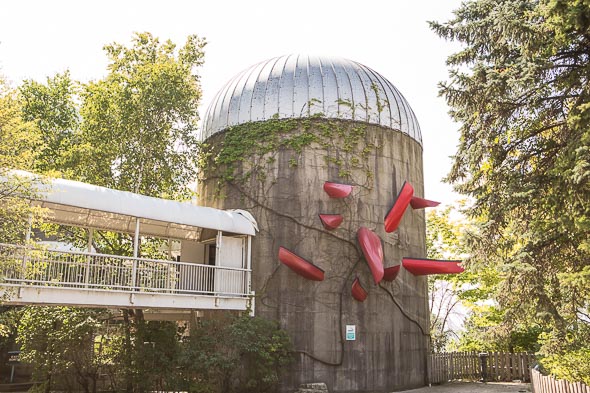 "That's all it takes," Hinton continues. "People had reactions and visual cues that awakened something inside of them."

40 artists will help animate the entire island. From installations inside and outside the nine silos built in 1980 to beer gardens (the entire park is licensed for the duration of the project), sculptures, dance, video pieces, sonic art, performance and music via the Small World Music Festival, Ontario Place will live again.

They are truly bringing a whole new life and beauty to something strange, retro, wonderful and forgotten, making us think about a space that silently sits in front of us all year. 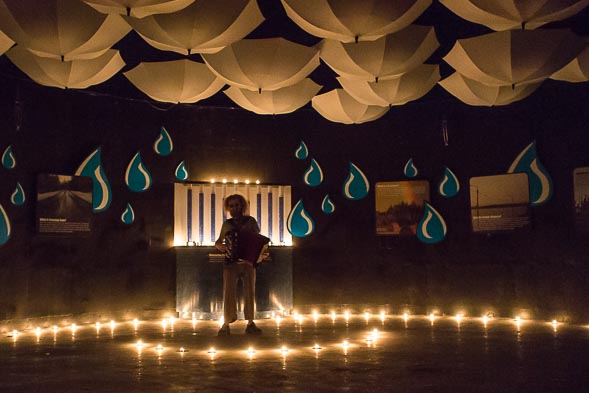 "We could not do this alone, and really wanted to share the space with people," Hinton says. "I've often referred to this project as a cultural barn raising, where a bunch of creative forces have come together to realize something special," Pimenta says. "It's not only the only way this project can work, but it's also how Layne and I curate."

Hinton and Pimenta make a living out of responding to weird and fantastic spaces all over Toronto, but this time it took a village of creative partners, groups and artists to help raise the roof. Alan Davis, Executive Director of the Small World Music festival, is one of them.

To help celebrate 15 years, he moved his entire festival to Ontario Place on one stage (when you walk into the park, you won't miss it) and programmed countless pop up performances and busker activations during the project.

"One of our goals has always been to 'cross-fertilize' audiences. To expose different audiences and communities to each other's music. It's part of a vision to use music to bring people together," Davis says.

"When the in/future idea surfaced and the timing lined up - well, it really was a perfect storm. We would be able to be part of something bigger, something that would take our message where we couldn't otherwise. 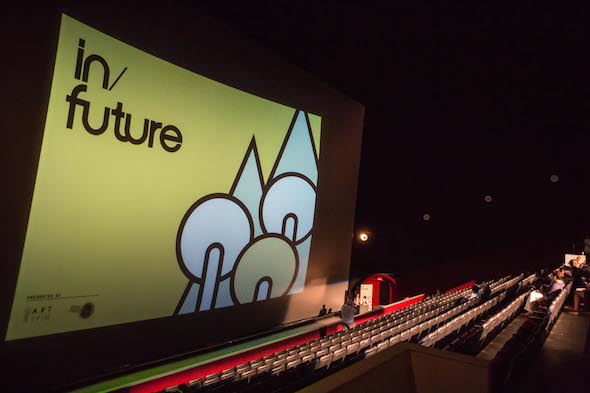 "When a crowd can experience Ethiopian grooves, trippy indie-rock and a funk pioneer who played with Talking Heads all in the same evening, that's exactly the kind of thing we're after," he says. Davis himself caught shows over the years at the Forum and is excited to bring that energy back to the vast space.

Hinton echoes this idea of mixing all types of art and people. "We want to cross-pollinate art forms and crowds," she says. "Bring them all together and mix them in a magical space so everyone can enjoy everything together."

It's really a choose your own adventure type situation.

Catch a concert, watch a vintage film inside the iconic Cinesphere for the first time in years (including the first-ever IMAX film and one of the most-watched films in Canadian history, North of Superior), rent a kayak and float through the lagoons (sorry no log ride; it's since been shut down and filled-in), or just sit on the lakeshore with a drink and take in that rarely accessible view. 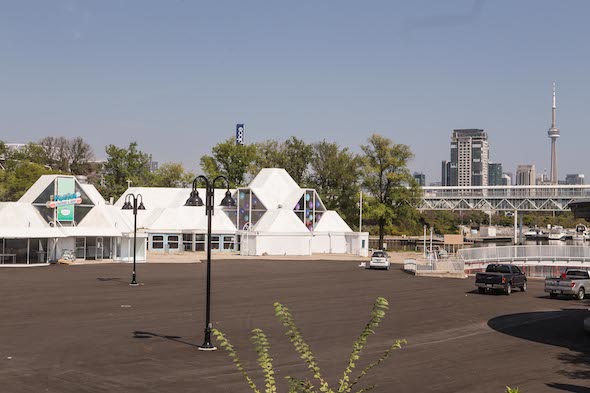 There will be surprises in every pocket of the island, and it's a chance to sit in the past and feel the future all at once, which is the main idea behind In/Future.

"The [Ontario Place] slogan used to be 'it's all yours,' so people feel very possessive about it still," Hinton says.

"We want to respond to it with the same energy and grandeur that it had in its opening days in the '70s. Our secret hope is that this could have influence on a future project. At least to show to the province and to the public the importance of public art in spaces."

"If you're open and willing to listen to the space and take your lead from it," Pimenta says, "it can inspire some really interesting things." 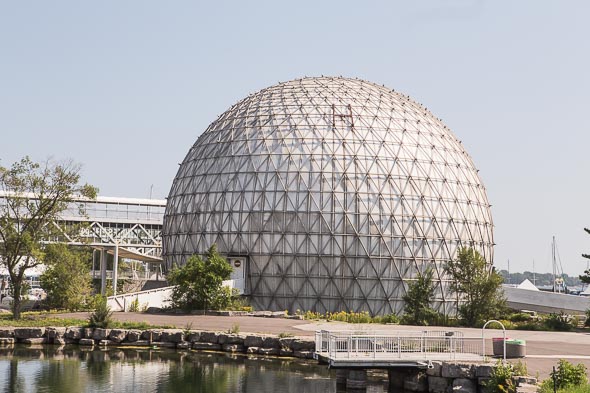 Check out the official website for the full in/future schedule.