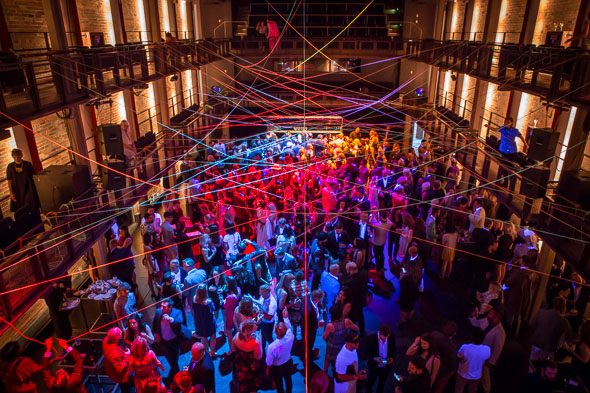 Power Ball kicked off with a VIP party for the first two hours before the main party opened. Held inside the Power Plant, the VIP party featured cocktails from Barchef, snacks from P&L Catering, and performance art from Ryan McNamara. 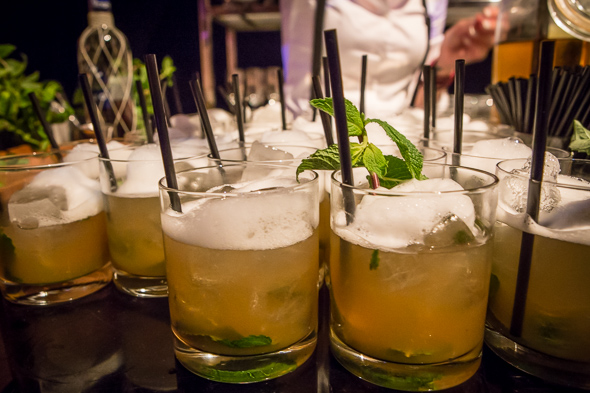 The Barchef cocktails were fantastic as usual, serving up favourites like their Basil Daiquiri and the Chamomile Julep along with their version of a Mojito. The P&L snacks, much needed after all the booze, were also good, with the Lobster Mac and Cheese ball as the highlight. 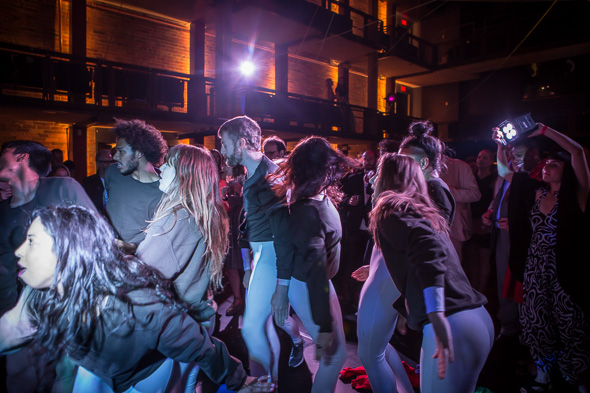 The performance act was the perfect combination of esoteric and interesting and weird. Entitled Situation- Specific Intervention, the art focused on periodic interventions from a group of artists throughout the party. 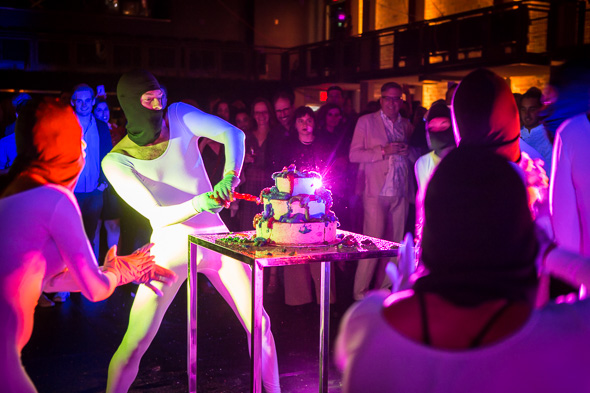 It ranged from the artists doing unexpected trust falls with random guests to the artists running into the room and aggressively spraying tubes of icing on to a cake (perhaps an interpretation of the Pleasure Principle?) in what felt like a ritualistic dance representing some sort of carb-related trauma. 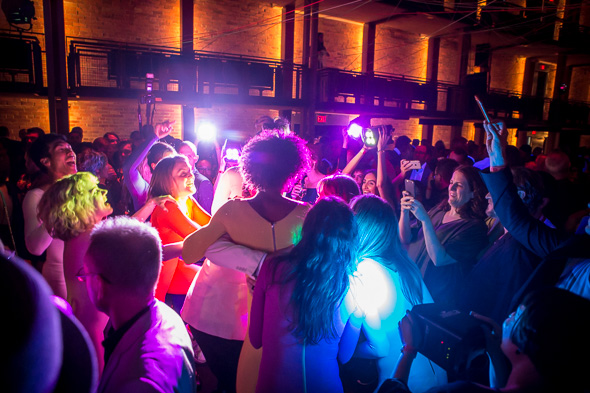 It was the kind of thing where at first, I wasn't fully sure the artists were even part of the performance art but by the end, I couldn't wait for the next intervention. 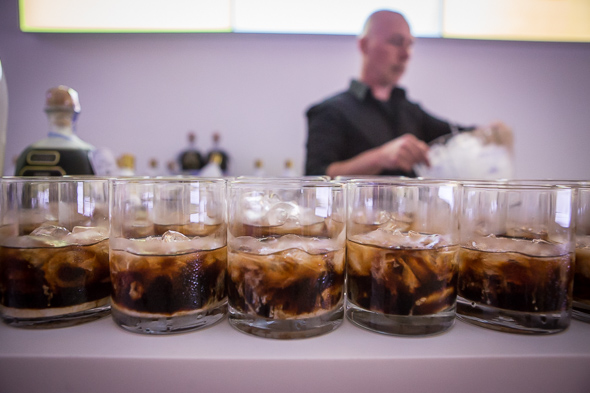 At 9 p.m., the space opened up to include more rooms and an outdoor section of space. Inside, there was a Bite Beauty lipstick station and plenty of bars. 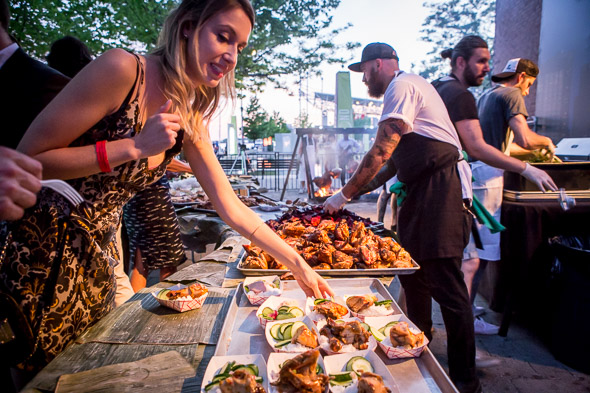 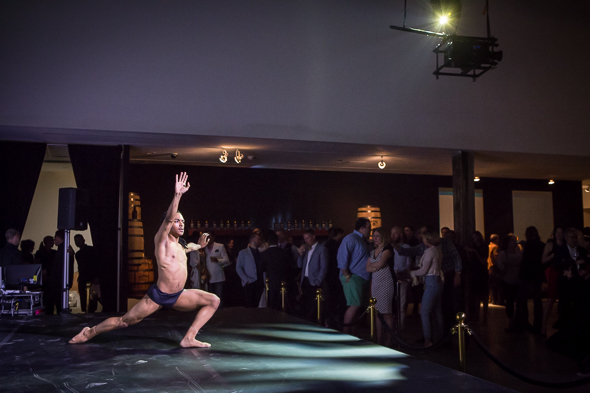 While this art was less of an intervention, it was equally compelling. The standouts included Javon Jones, the 2016 Max Mara Young Visionary Award Recipient who danced in such a beautiful, emotional way to gorgeous choral music that Abby Lee herself, upon watching him, would only be able to silently weep and vow to change her ways. 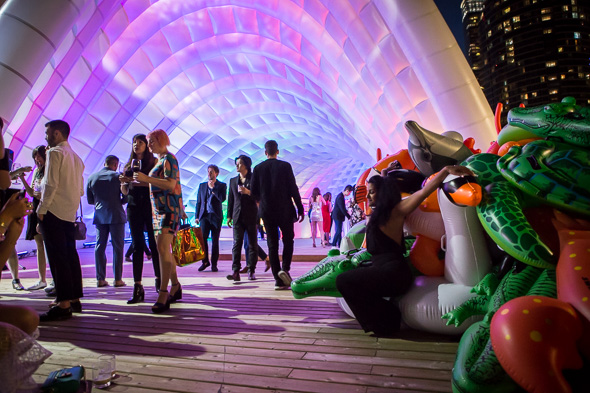 As well, a sculpture of inflatable pool toys served as a fun piece that also held a message. Inflatable Culture, by Coryn Kempster and Julia Jamrozik of BackOffice, was a reference to childhood memories and our disposable culture, and was one of the most fun and interactive pieces of art as it quickly was dismantled and rebuilt for photo ops (as things are when both Snapchat and booze is involved). 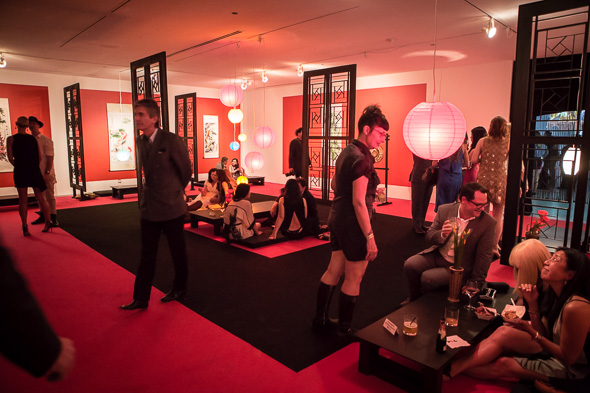 Aside from the art, Power Ball was visually appealing just from a fashion standpoint. Sartorially, I went from my normal wear (everyday look: sentient half-eaten hotdog left on the Spadina streetcar) to an outfit I thought was a bit sassier but within the expectations of the event (sassier outfit: what a Kennedy child would wear if they listened to Good Charlotte). 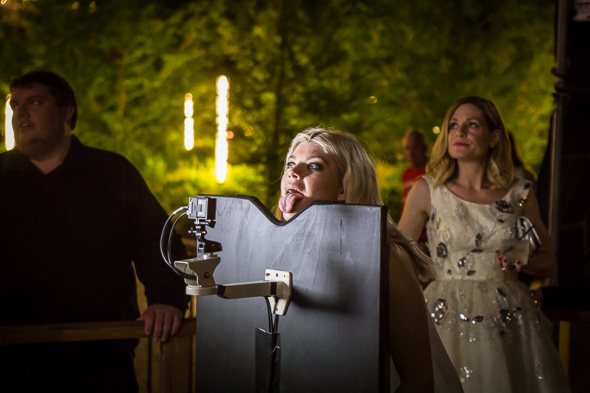 Upon getting there, I realized my all-black-with-statement-necklace was the least sassy of the bunch. There was a woman in a gorgeous, voluminous nude silk dress with arm openings down to her ribs. 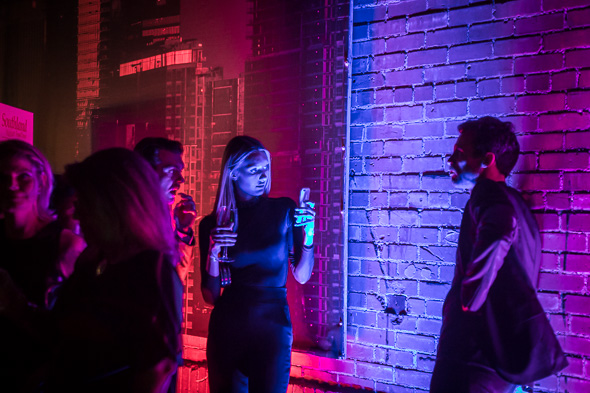 There was someone in a floor-length vest covered in doll clothes. There was a gentleman who was somehow effortlessly pulling off a cowboy hat, a feat not to be taken lightly. Somehow, all the fashion was wildly divergent and yet all perfectly appropriate for the event. 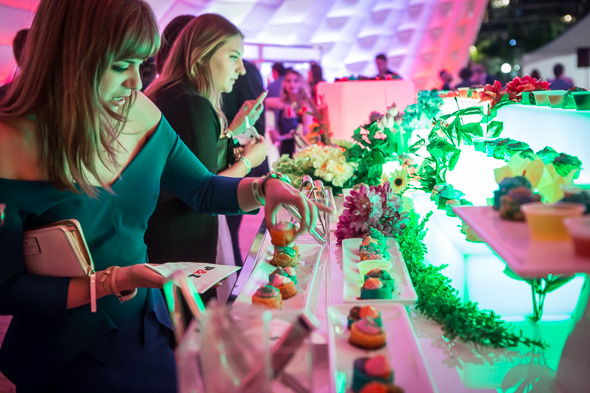 Also worth watching were all the Toronto celebrities in attendance. I spotted Sam James of Sam James Coffee Bar, Kardinal Offishall, Kirk Pickersgill and Stephen Wong of Greta Constantine, and many of Toronto's top gallerists like Clint Roenisch and Jamie Angell. 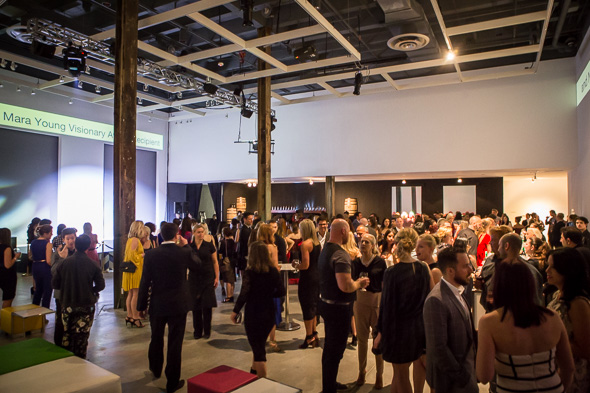 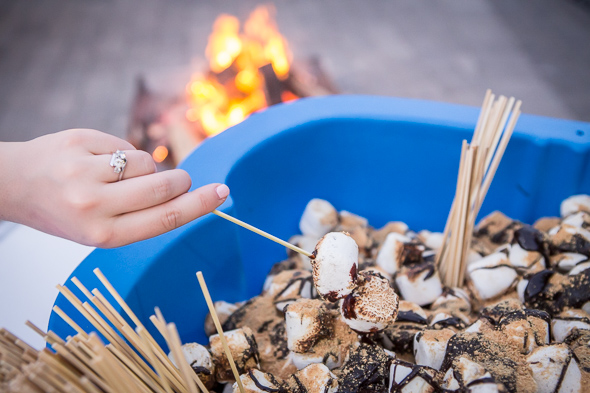 I was tempted to take a s'more for the road (yes, and risk having to perpetually explain why my business cards are covered in white sticky film and graham cracker crumbs) but decided with all the amazing food, incredible drinks, and interesting art, I'd had enough hedonism for one night. 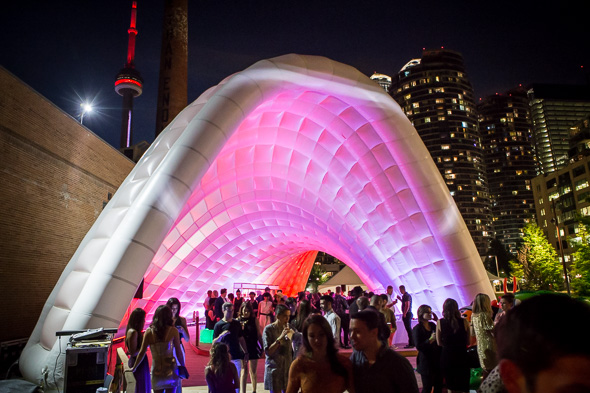