One of these will be the new Leslieville mural

The Alexander Muir mural in Toronto's Leslieville neighbourhood will soon disappear. A local street artist, however, will replace it with an original new piece.

In July, Leslievillians were miffed when their BIA unveiled a new mural without consulting them. Since then, Ward 30 Councillor Paula Fletcher, along with the Leslieville BIA and the Leslieville Historical Society, worked to solicit design proposals from a short list of six artists. Now, they've chosen their top three: Elicser, Mediah and Dan Bergeron.

Both Elicser (mural at top of this page) and Mediah explain that they were inspired by the maple leaf - and Alexander Muir's "Maple Leaf Forever." Bergeron's piece features a "repetitive deconstruction" of the word Leslieville, to represent the changes happening in the neighbourhood.

Here are the other two finalists: 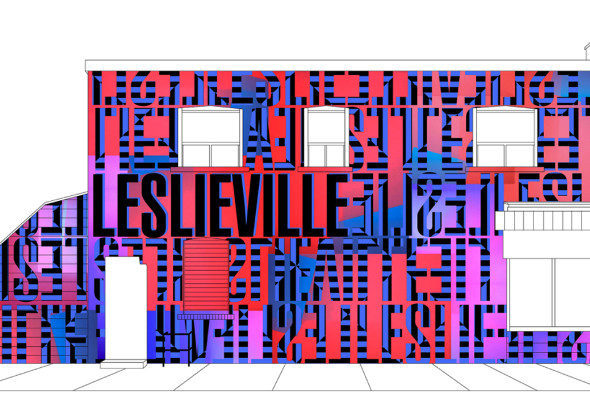 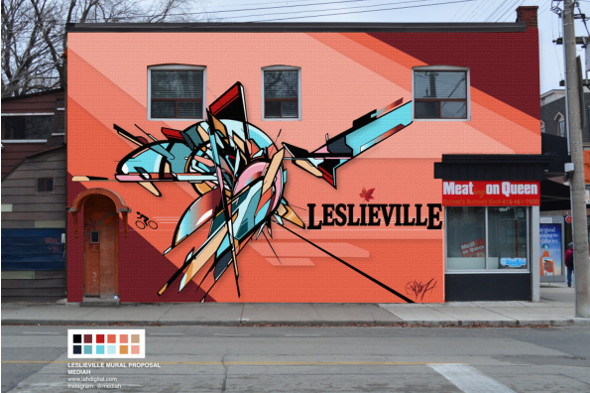 And, in case you forget, here's what the current mural looks like: 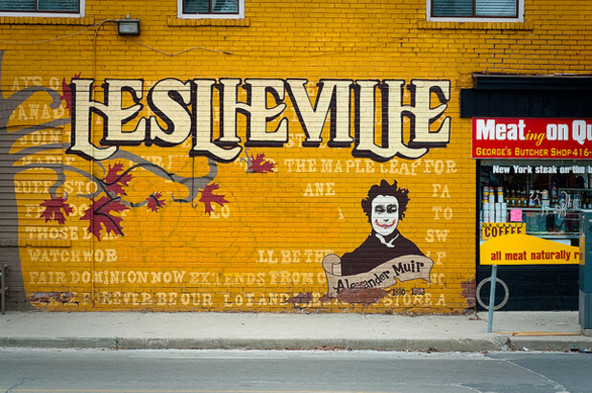 Which mural do you like the best? Let us know in the comments.