Nuit Blanche 2015 marks the all-night art festival's 10th year in Toronto. Since its more humble beginnings, this contemporary art event has grown in size and scale. Despite some welcome criticism, this annual event continues to evolve. In 2014, it brought more than one million revelers onto the streets to interact with installations by both local and international artists.

With more than 110 projects scattered throughout the city on Saturday night, it'll be nearly impossible to see everything, even if you manage to stay out for the full 12 hours, from 7 p.m. to 7 a.m.

We rounded up some of the most promising looking installations to give you a starter pack for your evening. But even the most ardent of planners should leave some room for spontaneity; you never know what surprises you might encounter on your arts-filled journey around the city. 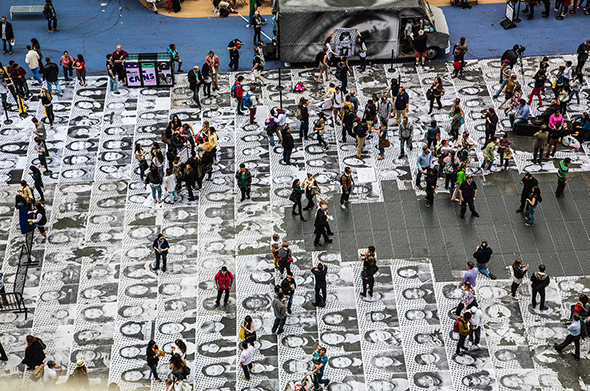 The subway will be running all night long, which is perfect if you're all set to stay out until the wee hours of the morning (or until last call at one of the bars open until 4 a.m.). Line 1 will stay open in its entirety. Line 2 will go between Kipling and Kennedy following regular operating hours.

To make getting around simple, you can grab a family pass ($11.50) valid for, according to the TTC, "up to six people, maximum two adults and 4 youths, 19 years of age or under." GO Transit will also beef up its service. And, parts of Queen West, Queens Quay, Bay Street and Queens Park will go car-free starting on Saturday afternoon. 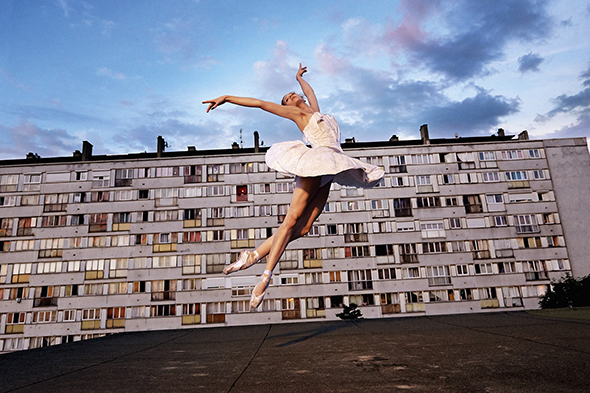 Inside Out
New York and Paris-based artist JR is taking over the majority of this zone with variations of his acclaimed Inside Out project. This one is entirely interactive and you can start participating now by having your picture taken at Nathan Phillips Square.

Les Bosquets
JR, inspired by the 2005 French riots, choreographed a ballet called Les Bosquet the for New York City Ballet to tell the story of Ladj Ly. This short film, released in April, intertwines his choreography with footage from the French suburbs and features music by notable names including Hans Zimmer and Pharrell Williams. It'll screen indoors at the Design Exchange. 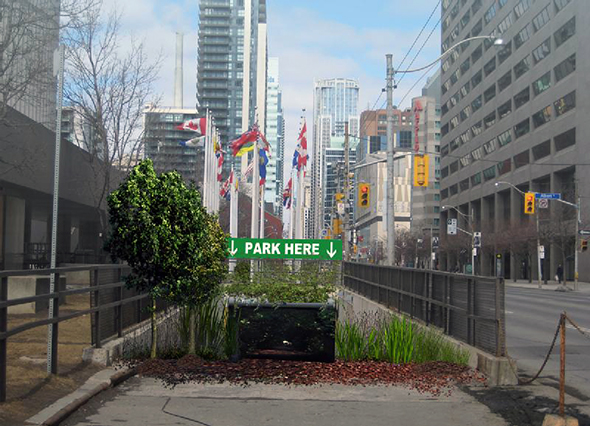 PARK HERE
For the only non-JR installation in this zone, Toronto-based architect and artist Katy Chey plays on the city's "Park Here" signs and imagines them pointing to actual green (and not parking) spaces. Venture into the underground parking lot at Nathan Phillip Square because she's transforming part of it into a parkette.

Shoes that Line the Lane
This participatory installation by Cyril Williams is already getting some buzz because the Toronto artist is currently looking for footwear to add to his project outside the Bata Shoe Museum. Add yours on Saturday night, but make sure they have laces.

Anciently Heard (Hip Hop As Ancient Thought Transmission)
Being an art hotel, The Gladstone is usually a safe bet on Nuit Blanche. This year, Toronto's Mani Mazinani will explore the connectivity between ancient forms of creativity and contemporary hip hop through a sound installation using slowed down records and modified turntables. 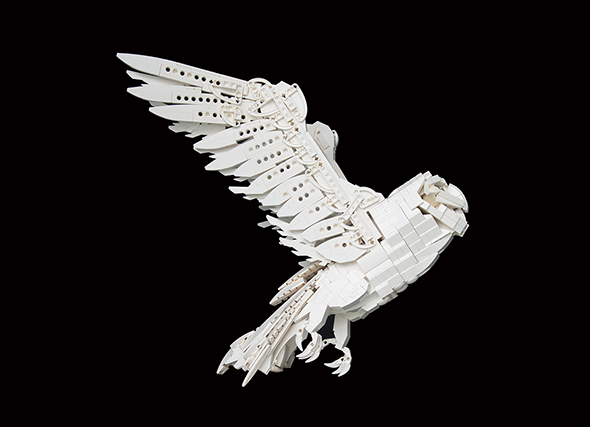 an occasion hosted by Isabel Lewis
If you're feeling chilling on Saturday night, go to the AGO because Berlin-based artist and dancer Isabel Lewis is hosting a multi-sensory performance art party of sorts in Walker Court.

Virtual Immigrant
Spend part of your night at a the museum because Annu Palakunnathu Matthew's new media installation, which will explore outsourced call centres, will takeover the Hyacinth Gloria Chen Crystal Court at the ROM. 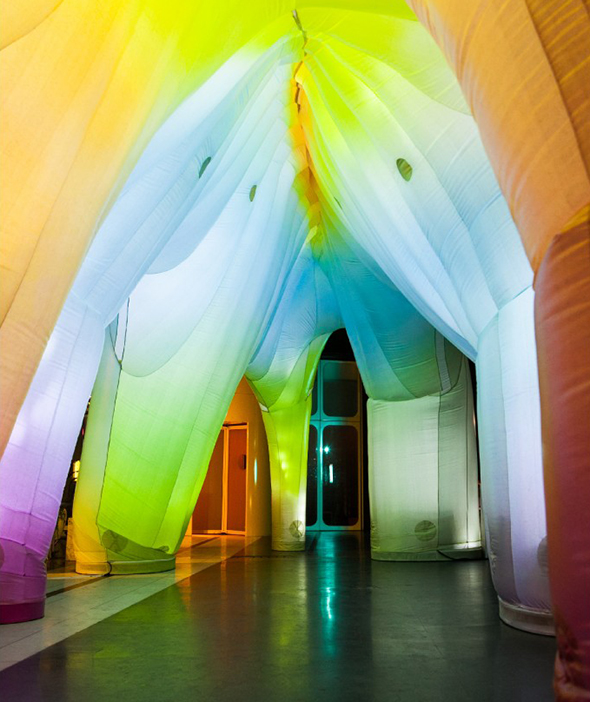 Light Cave
Stand beneath a colourful, pulsing cavern because the Los Angeles-based collective FriendsWithYou is bring its largest sculpture yet to the lower patio at the Drake 150.

Beaufort 4: Lava Field No. 2
If you head to 51 Dockside on Saturday night, the floor will actually be lava because American artist Robert Wysocki will be creating a "geomorphically accurate lava field using a customized coke-fired cupola generating temperatures upwards of 1800 C."

Beaufort 1: Dispersal Zone
Tim Knowles, based in London, U.K., will turn Queens Quay into an eerie thoroughfare by turning off and dimming streetlights. Those that stay aglow will have smoke billowing beneath them. 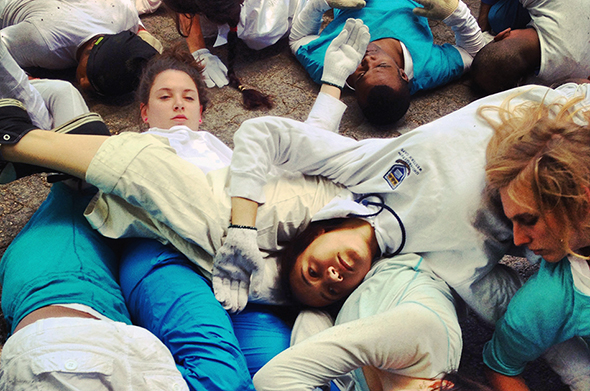 Beaufort 3: Glaciology
If you harken back to your grade school geography classes, you'll remember that glaciers formed much of our landscape. For Nuit Blanche, members of the Anandam Dance Theatre will become a human glacier that'll drift westward along Queens Quay throughout the night.

Beaufort 7: Destroyer and Preserver; hear, O hear!
In his project, Toronto artist John Sasaki will install a group of inflatable smokestacks right by the lake to look at the changes happening on our waterfront.

Beaufort 10: FrĂ­o Estudio del Desastre
For this installation (located outside the Westin Harbour Castle) the Havana-based collective Los Carpinteros will create a 3D version of a what looks like a photo from an unnamed disaster. 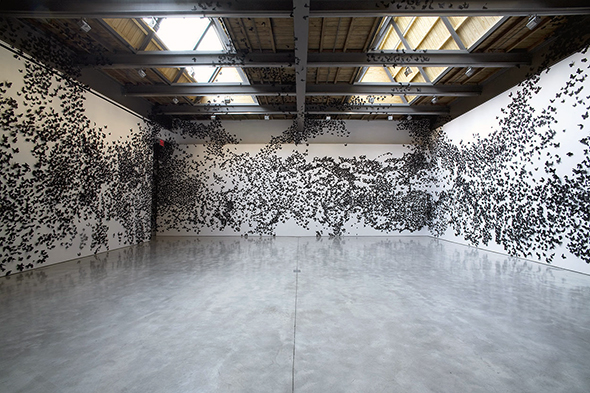 Beaufort 12: Black Cloud
Venture inside the clerestory at The Power Plant to see 30,000 black moths (they're paper, don't worry) hanging from the walls and ceiling. This installation by Mexico City's Carlos Amorales will be on display until January 3.

Night Flight
This entire zone explores the relationship of time and space by inverting the north/south dichotomy that governs our city. For this video installation, by Canadian artist Michael Snow and Argentinian filmmaker Claudio Caldini, viewers at MaRS Discovery District will watch Caldini as he travels from Buenos Aires to Toronto.

Sphinx
Toronto artist Luis Jacob will force Torontonians to consider how our city's changed over the past 50 years with his sculpture-based installation at the Allan Garden Children's Conservatory. 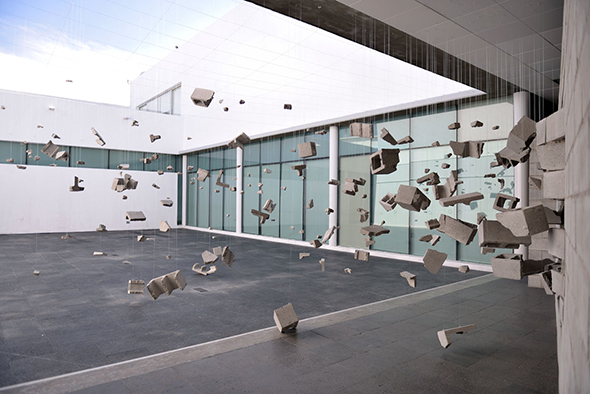 Cambio de Sentido (Change of Direction)
Unlike most of Nuit Blanche's exhibitions, this one by Mexican collective Tercerunquinto is meant for cars. It'll switch Mutual Street, between Carlton and Maitland, into a South-North thoroughfare for the night, forcing drivers to adapt.

Untitled
Cuban artist Tania Bruguera was detained in her home country for eight months before returning to the United States in August. Her still unknown Nuit Blanche project will be revealed on Saturday night at College and University. 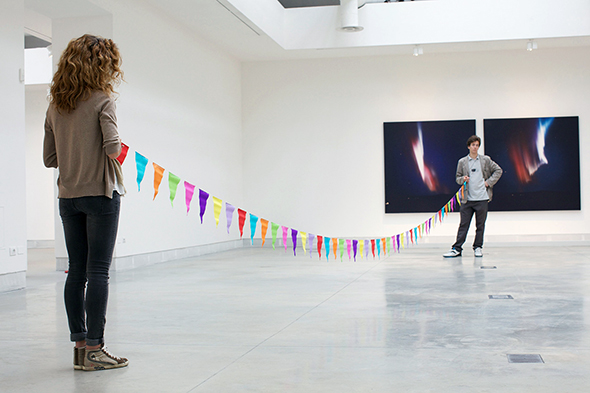 RAVETAPES
For this year, all independent projects explore the theme of memory, just like 10 for 10th curator Che Kothari's zone. Perhaps that's why Brandon Gibson-DeGroote, Mike Pereira and Wavelength Music are bringing back the 1990s-style warehouse rave in an immersive and interactive exhibition at The Garrison. Come ready to dance.

Memory Cube
Artscape Youngplace will be filled with multiple exhibitions, but this one by Miro Obdalla seems increasingly relevant. It'll let you surround yourself with all of your Facebook or Instagram photos, allowing you to time to reflect back as your entire digital, visual history unfurls before your eyes.

Solid States
The Toronto Sculpture Garden returns with An Te Liu's Solid States, co-produced by MOCCA and the City of Toronto. This marks the first exhibition here since 2014. It's also MOCCA's first pop-up since it vacated its Queen Street West home.

In celebration of the 10th edition of Nuit Blanche Toronto, initially inspired by Nuit Blanche Paris, the Consulate General of France in Toronto, France Canada Culture and Air France are pleased to offer you the chance to two round-trip flights from Toronto to France! Share your best Nuit Blanche Toronto 2015 pictures on Instagram using #snbTOblogTO and @francetoronto to enter. Submit your photos from Oct. 3 to Oct. 11, 2015.

The second prize will be an exclusive life-size Barn Owl sculpture from artist Ekow Nimako, who is part of the Nuit Blanche exhibition 10 for 10th - Memory Lane. Learn more about Ekow on Instagram @ekonomical and www.ekownimako.com. Project details here.