This year marks Nuit Blanche's 10th anniversary in Toronto. While it seems like the all-night-festival can't get any bigger, the city released its 2015 program today and it's chock-full of both funded and independent exhibitions that'll be scattered throughout the city on October 3.

The exhibition in front of City Hall at Nathan Phillips Square is usually the biggest draw for many festivalgoers. In 2013, for instance, Ai Weiwei transformed the reflecting pool with his massive sculpture Forever Bicycles.

This year, New York and Paris-based award-winning artist JR is bringing his acclaimed Inside Out participatory art project to 100 Queen St. W as part of his larger exhibition titled Black and White. 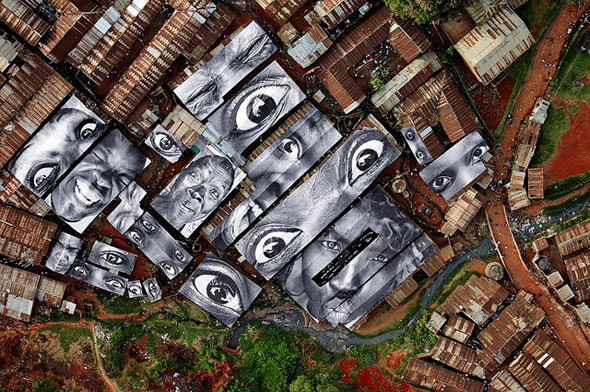 This is the first time Inside Out will appear in Canada; it's already traveled to more than 120 countries across the world. Torontonians can participate starting September 28 thanks to a photo booth that'll be stationed at Nathan Phillips Square. 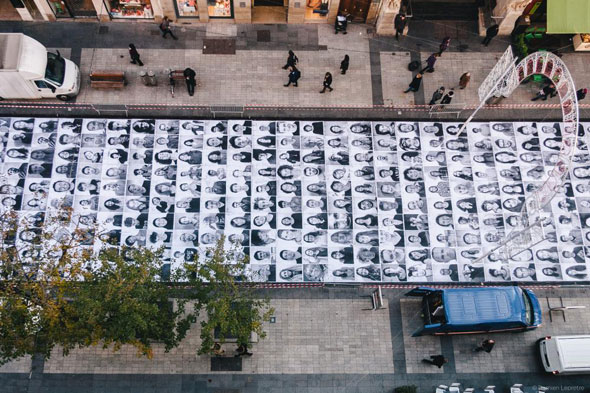 JR will then use the individual portraits in his project. The entire piece will stay up until October 12 as it's one of the 14 installations sticking around after the overnight festival. 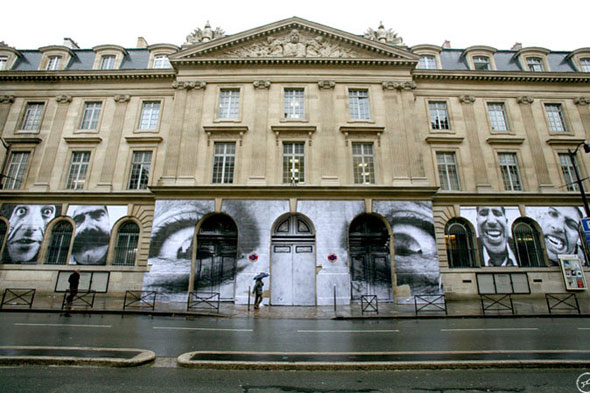 For the 10th anniversary, Nuit Blanche will also showcase the 10 for 10th - Memory Lane exhibition curated by Che Kothari. It'll feature installations created in conjunction with some of the city's most well known arts and cultural institutions including the AGO, the ROM and the Gardiner Museum.

The complete line-up is available online.

Are you excited that the Inside Our project is coming to Toronto? Let us know in the comments.