10 artists to look out for in Toronto's small press scene

Toronto has a rich zine culture with bragging rights to some of the best small press fairs and a host of independent talent who are rarely given the props they deserve for their output. This weekend's 8th annual Zine Dream was just another example of this thriving DIY scene, and offered a chance to check out some of these local creatives.

Here are 10 artists from Zine Dream raising the bar on DIY culture in Toronto.

Peter Kalyniuk
Peter Kalyniuk was selling his book "Lost in a Crowd of Ghosts" and some of the dopest t-shirts I've seen. Each shirt had a meticulous line drawing reminiscent of traditional henna patterns, psychadelic tie-dye and Japanese horror manga. Turns out, he makes music too. 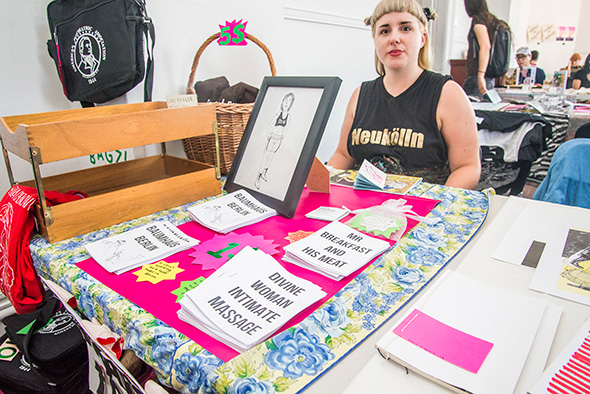 Chris Urqhart
Chris Urqhart creates books of riveting, true stories from her life. Her tales are invasive and intriguing with enough gossipy language to draw any reader in. 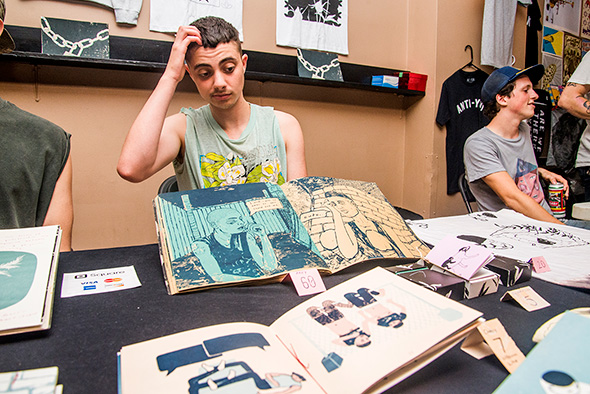 Eli Howey
Handmade and screen-printed items are staples of many exhibitors at Zine Dream, but Howey's work is exceptional. This weekend his totes, prints and shirts were on display along with his self published zine "Cinders." 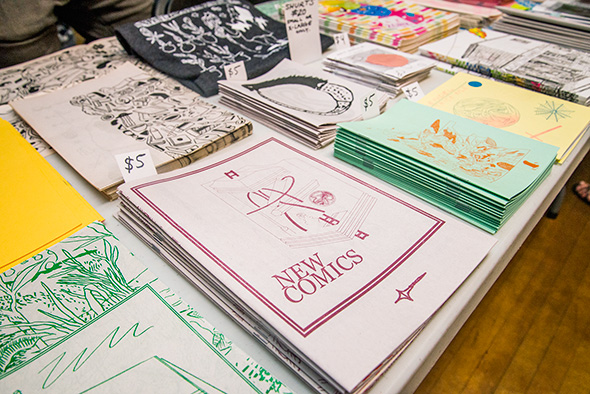 Patrick Kyle and Ginette Lapalme
This Toronto zine-culture-power-couple shared a table featuring Lapalme's latest book "Confetti" from Koyama Press. Kyle is one of Zine Dream's organizers and had many of his comics on display, including the last copies of a self published newspaper. 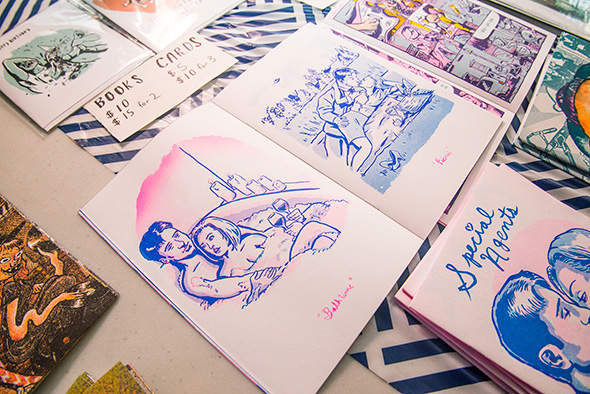 Adam Waito
Riding on the current X-Files resurgence, Montreal's Adam Waito had a standout zine, "Special Agents," full of wonderful illustrations of Mulder & Scully in many situations including "flagrante delicto." 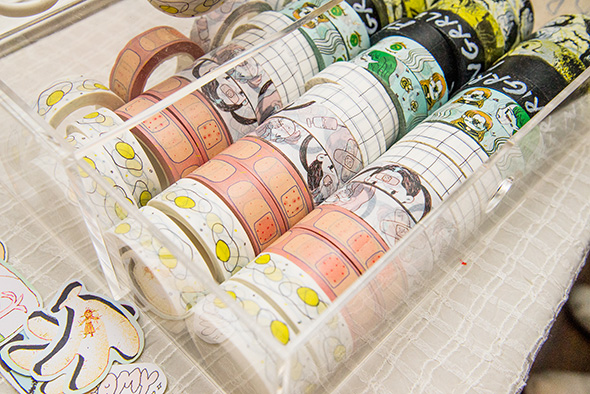 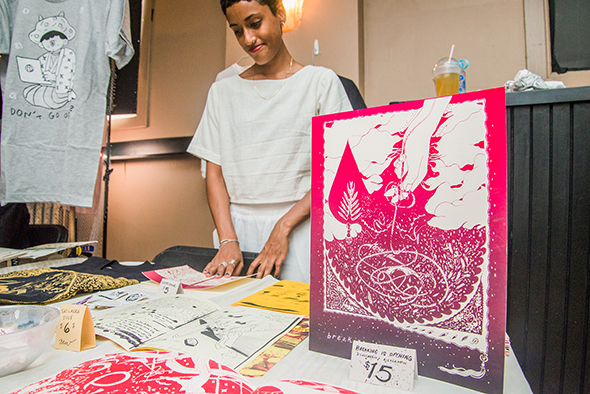 Sab Meynert
With only 20 copies, Meynert was selling an instant collector's item in the form of "Growth is a Buildup." This book, printed in Sri Lanka, features the pages of a sketchbook brought on that very trip. It's a mixture of deep musings and incredibly intricate drawings. 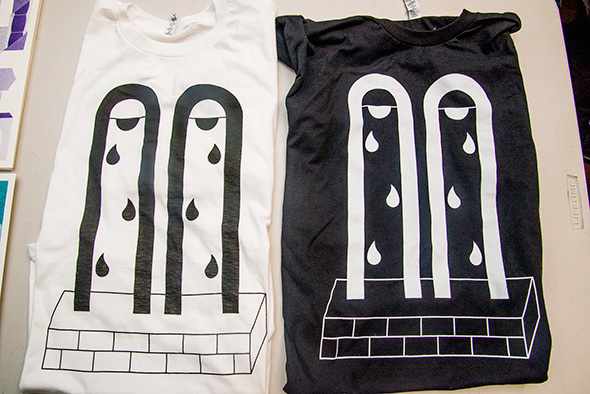 Phil Woollam
Woolam's original black on black thermo-print was haunting, difficult to look at and inviting all at the same time. He was also promoting his upcoming book "Crossways" with Koyama Press. 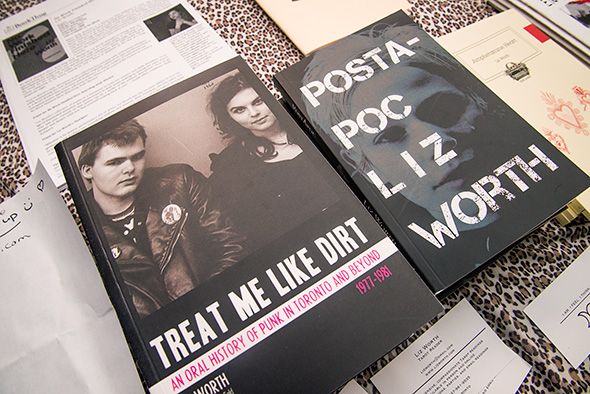 Liz Worth
Toronto punk historian and poetry darling Liz Worth had copies of her last book "Post-Apoc" on hand, but the real exciting news was finding out that her newest release is coming out next month. "No Work Finished Here: Rewriting Andy Warhol" collects her latest poetry. 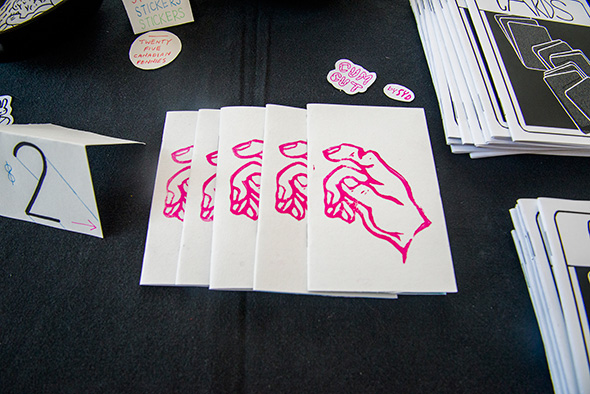 Who did you see at Zine Dream worth telling everyone about? Let us know in the comments. Writing by Krystle Tabujara, who doesn't mind you creepin' on Instagram or Twitter. Photos by Hector Vasquez.