This winter has turned out to be a robust season for art exhibitions with a conceptual slant, and the current offerings at the University of Toronto are no exception. At the Jackman Humanities Institute there is This Area is under 23 Hour Video and Audio Surveillance and between the U of T Art Centre and Justina M. Barnicke Gallery there is Sign, Sign, Everywhere a Sign.

Interrogative and engaging, the artworks examine the sign as a public utility device and as an object to be scrutinized regardless of its content. 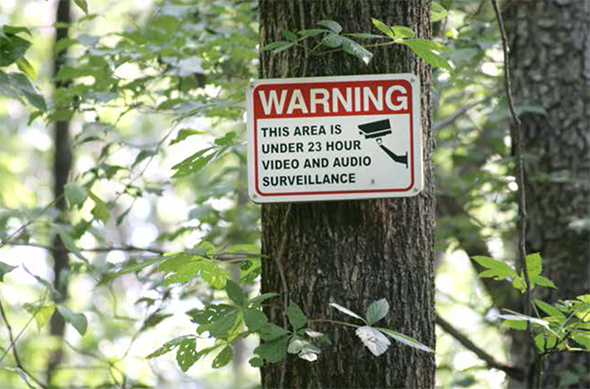 The name This Area is under 23 Hour Video and Audio Surveillance comes from a work by Ahmet Öğüt, whose subtle proposal in his superficially typical surveillance sign serves as inspiration for the show. The artists here explore how such implied constraints are created (think Foucault on surveillance and discipline) and, given a loophole, what to do in that 24th hour. 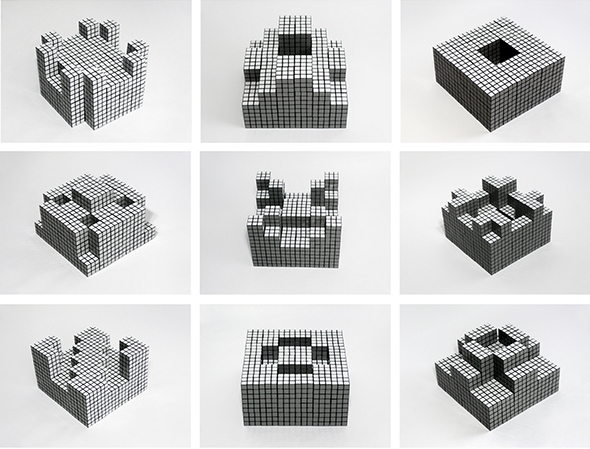 For example, the painfully clean lines and sly humour in Roula Partheniou's 100 Variations (an architectural rumination by way of grey-scaled Rubik's cube) are a neat juxtaposition to Katie Bethune-Leamen's #Hologramtupacselfie Station, where the visibility of the artist's material handling of porcelain and layers of iridescent paint gives depth to the work's pop culture-heavy, neo-pagan impression.

On that note, a lot of the works are very polished in their production and presentation, so much that despite the show's subversiveness, the pieces seem to blend in with the office environment perhaps just a bit too well.

Situated in a public access academic environment, the show itself still feels private. Some works are in rooms that could be in use at the time of visit and therefore utterly inaccessible. Placing the show in such a space is therefore appropriate - particularly when the pieces talk about making and breaking the rules. 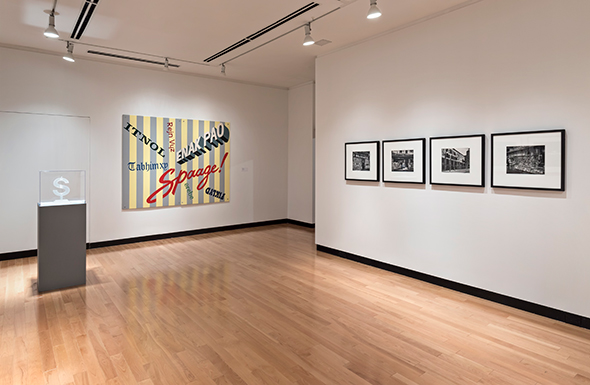 Further down campus at Sign, Sign, Everywhere a Sign, Kelly Mark's satirical performance Demonstration takes away the message of a public protest to underscore how the placard and crowd have become so encoded in public consciousness that the meaning feels the same no matter what the cause. Likewise, Robin Collyer's work removes all text from recognizable graphics and signs, and even wordless the original branding comes through. 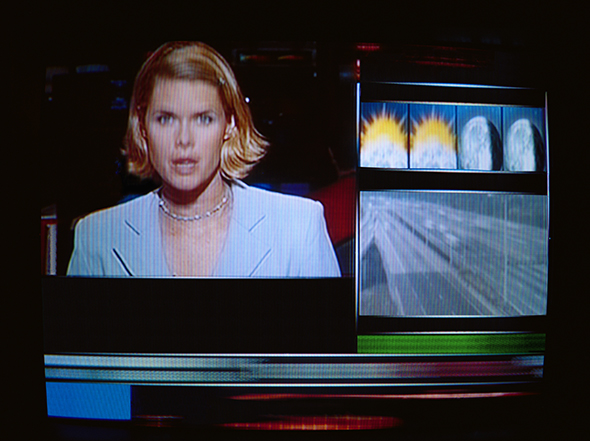 Jamelie Hassan's timely Al Jazeera/Prisoner 345 reworks the network's logo in neon, functioning here as a historical memorial. The title refers to the US' first incarcerated journalist, Sami al-Haj, and the lettering of the logo has changed to "shame on you." The sombre message of the work is resonant, and heightened by the eerie glow of the neon adding a layer of ironic American seediness to the piece. 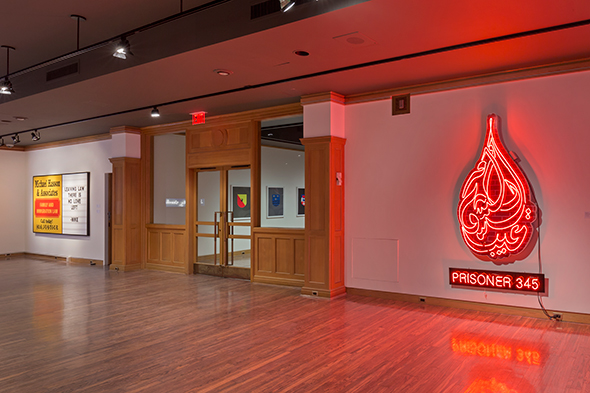 With over 20 artists represented in both exhibitions, these shows are complex and thought-provoking as they explore many issues inspired by public signage, branding, and symbols. This Area is under 23 Hour Video and Audio Surveillance is on until June 30 and Sign, Sign, Everywhere a Sign runs until March 7. 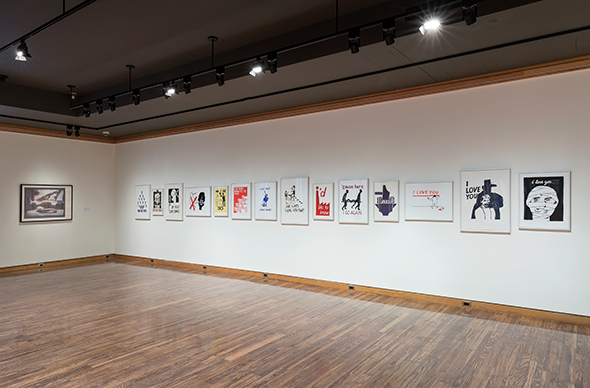